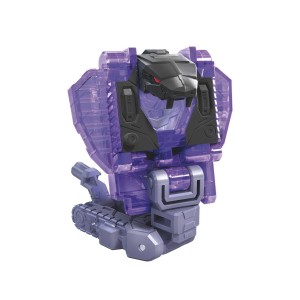 Greetings Seibertronians! Fellow Seibertron user, Ham-Man, has dropped us a line to let us know that they've done a brand new video review of the forthcoming Battlemaster Slitherfang from the Transformers War for Cybertron: Earthrise line! Slitherfang is a bit unique in the fact that he doesn't have a traditional robot mode, instead going from his alt mode (normally a shield for larger figures, but if you combine multiple Slitherfangs, you can make ramps out of them like Soundbarrier) to a robot snake mold! Joining a very small list of Transformers that turn into snakes in some regard. He's also not listed as either Autobot or Decepticon but instead as a Quintesson

Slitherfang is part of the second wave of Battlemasters, along with a re-release of Siege Rung (his deco is unchanged).

We have embedded the review for your viewing pleasure.

Will you be stocking up on Slitherfang to grow your transformers city? Let us know in the Energon Pub and stay tuned to Seibertron for all the latest news and reviews! 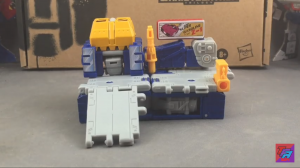 Greetings Seibertronians! Following on from the reveal of Generations Selects Exhaust and Greasepit last week, we've now got a video review of Greasepit, who is a redeco (with slight retooling) of Earthrise Deluxe Class Ironworks.

The review is done by YouTuber, TFA1024 The Transformers Addict. We've embedded the review below for your convenience.

Are you going to be pouncing on Greasepit when he's available? Planning to add him to your ever growing Transformers city scape? Let us know in the Energon Pub and stay tuned to Seibertron for all the latest news and reviews! 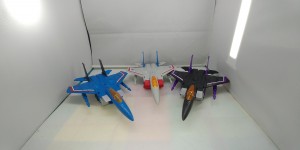 Greetings Seibertronians! With the Transformers Earthrise Target Exclusive Thundercracker and Skywarp set slowly trickling out to stores across the USA (and to third party websites across the globe), it makes sense that more and more reviews will pop up. Such as this video review by fellow Seibertron user, Chuckdawg1999. Check out his thoughts and review below.


If you'd like a second or third opinion, then please also check out video reviews by Lore Keeper and PrimeVsPrime!

Are you hunting for these? Do you already have them? Let us know in the Energon Pub and stay tuned to Seibertron for all the latest news and reviews!

Well, he hasn't even been officially revealed, but yet, we have a treat for you today. Thanks to an Ebay auction, two Seibertronians have gotten their hands on the upcoming Generations Selects GS-11 Exhaust figure! Regular reviewer Chuckdawg1999 is up first, with a video review that shows off the figure nicely, and has some good comparison shots with Exhaust's perennial mold-mate, Wheeljack.

The other Seibertronian to get this figure was yours truly. Delivered just yesterday, my Exhaust came packed in the traditional cardboard box that all Selects releases come in. I've included several pictures showing off his deco and compared to Wheeljack, he Exhaust comes off looking a little.... spare. He's got a nice bright white plastic, compared to Wheeljack's off-white, with red being his other major color. But besides that, he has far fewer tampographs. Given the legal issues surrounding the release of Masterpiece Exhaust five years ago, it's understandable that Hasbro would want to avoid hewing to closely to that deco.

There are three tampographs that are of particular interest. These appear on his spoiler and on his legs/car mode sides. His name is spelled out, or rather misspelled as "Exhuast".

Given that this figure hasn't been officially announced, it's possible that this mistake might be corrected before then. Also, above, in the second photo, you can see Japanese katakana on his leg. As I can't read Japanese, perhaps someone with more knowledge than me can translate?

And last, but not least, a size comparison shot with a large Siege Deluxe, Ratchet, and Exhaust's fellow Selects figure, Lancer.

We hope you enjoyed Chuck's review, and these pictures. Let us know what you think in the comments below! Are you looking forward to Exhuast Exhaust to your collection? 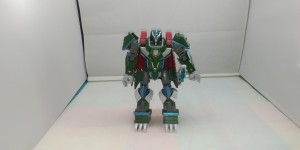 Greetings Seibertronians! With the recent in hand pictures of Ultra Class Thunderhowl, it was only a matter of time before someone delivered us a video review, and it fellow Seibertron user, Chuckdawg1999 that stepped up to the plate!

Check out what Chuck had to say about this toy and watch his review embedded below!

Chuckdawg1999 wrote:Thunderhowl is a really cool figure. Articulation is good, better than most Ultra Class figures and the transformation is surprisingly involved for a kid friendly figure. I really like the play between the sword, wolf head, and tail. Definitely recommended if you are looking for something different


Will you be adding this chivalrous character to your collection? Let us know in the Energon Pub and stay tuned to Seibertron for all the latest news and reviews! 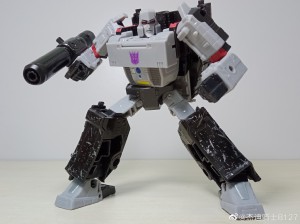 Fellow Seibertronian MadProject informed us of a new review giving us our best look yet at the upcoming Transformers Earthrise Megatron.

MadProject wrote:I don't know if it has already been posted, but we have a videoreview of ER Megatron.

While I like how they remolded the threads to make a single one, I still think that this figure is an easy pass if you already got the Siege.
Unlike Optimus, I think we're still far from the "ultimate" Generations Megatron.

We also have images below taken from the video. 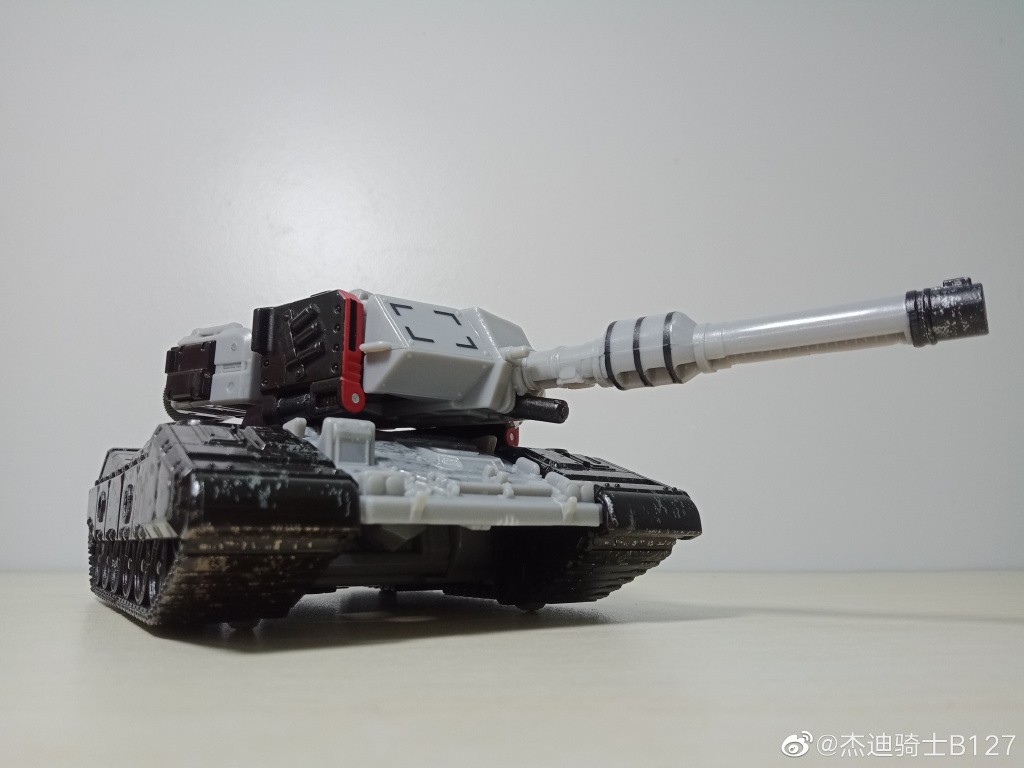 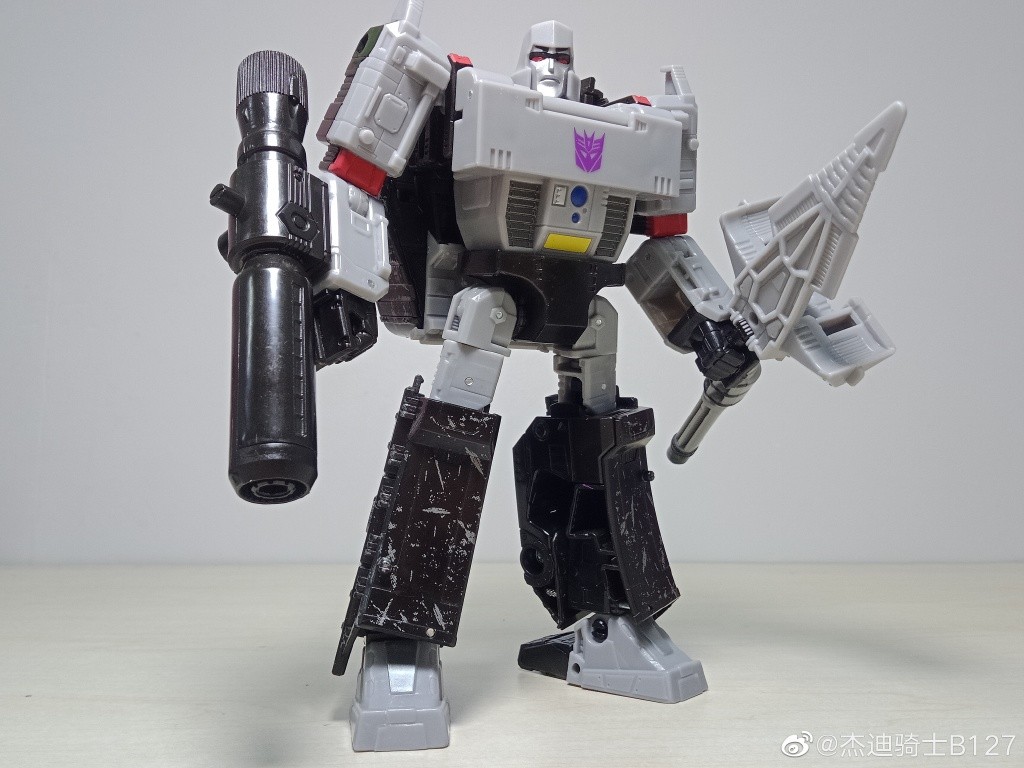 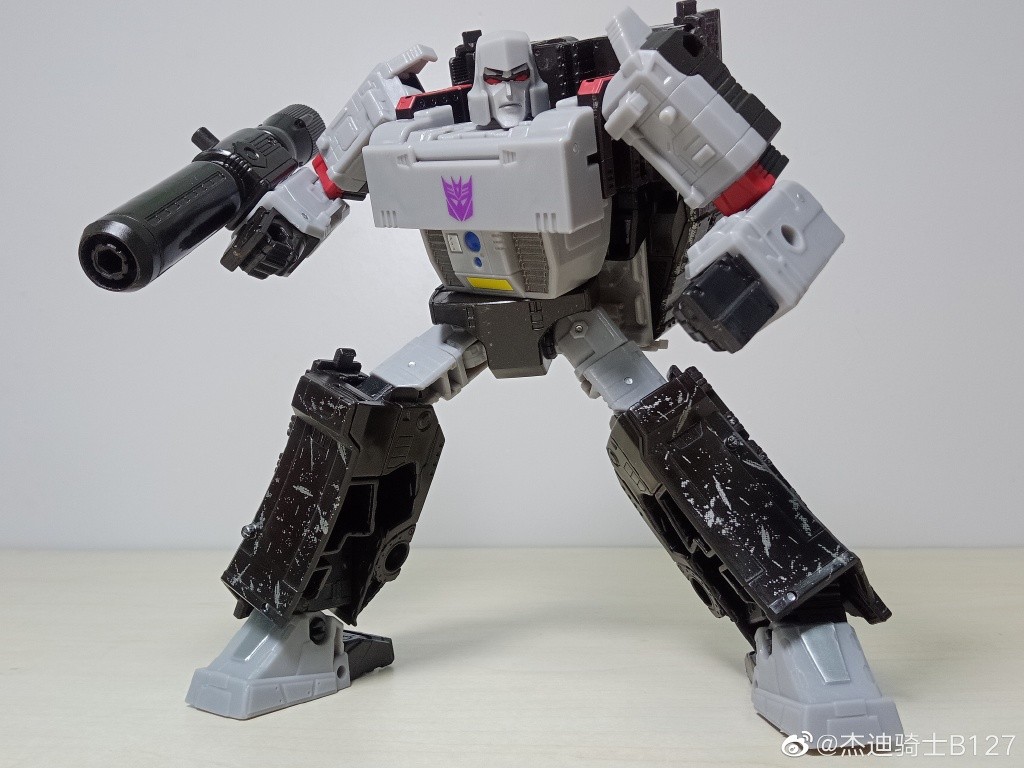 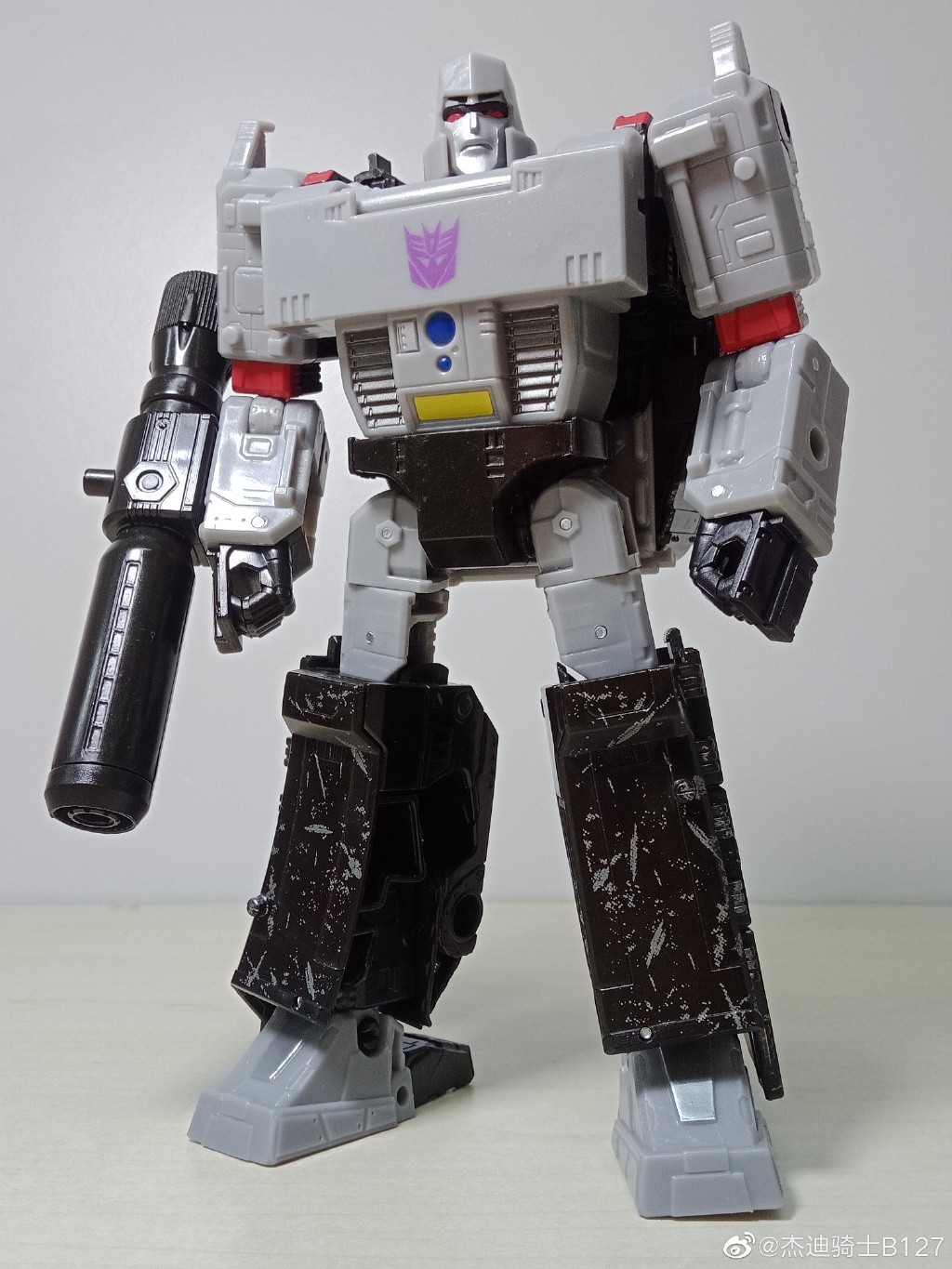 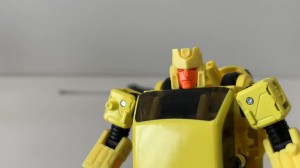 Greetings Seibertronians! The folks over at the Autobase Aichi Blog have posted several images of interest over on their twitter feed. These are new images of the forthcoming Generations Selects figure, Hubcap! We got a glimpse of Hubcap a few weeks ago but these images give us a much better look at him. 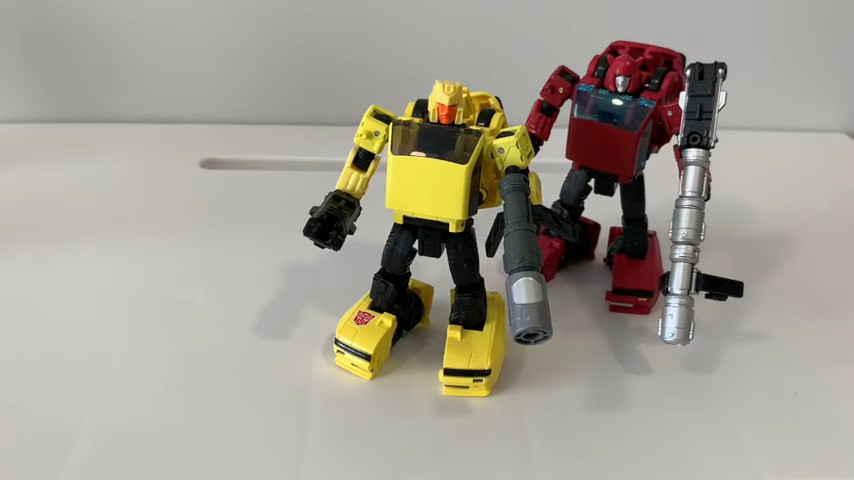 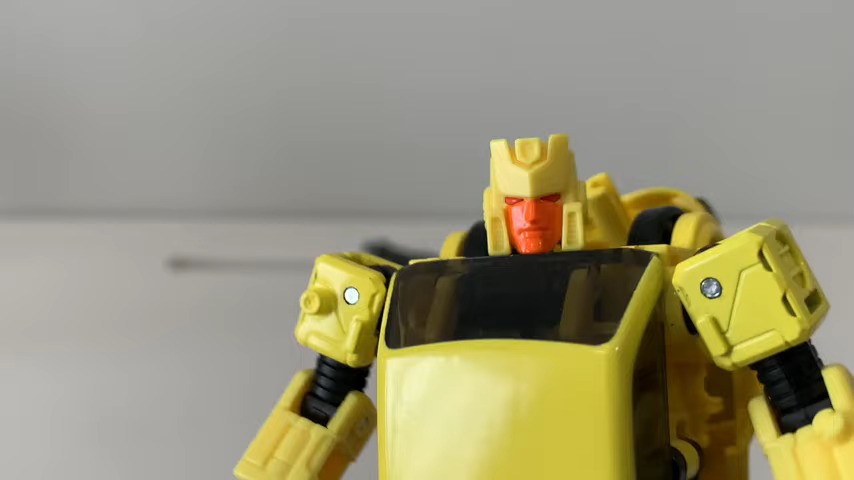 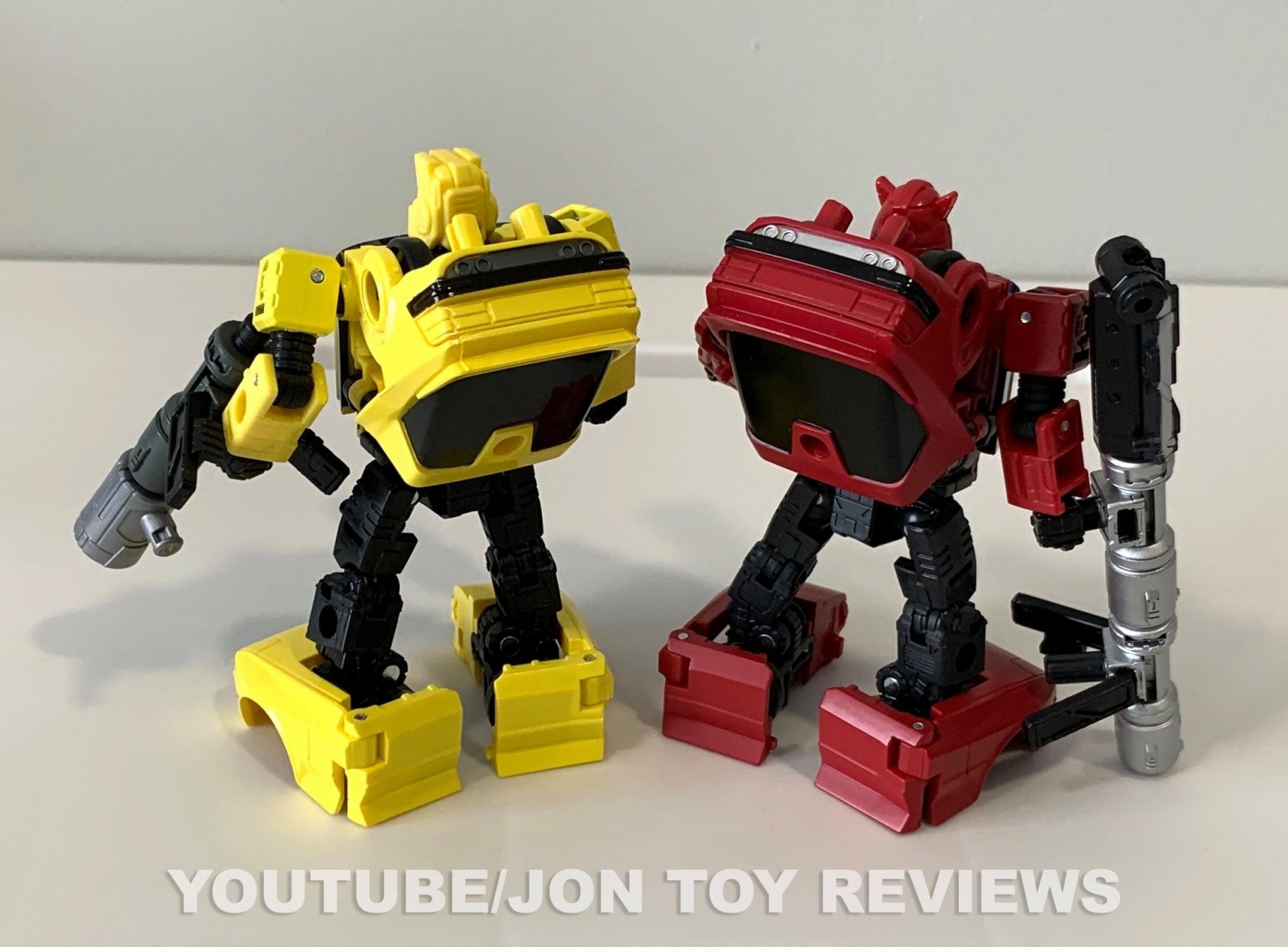 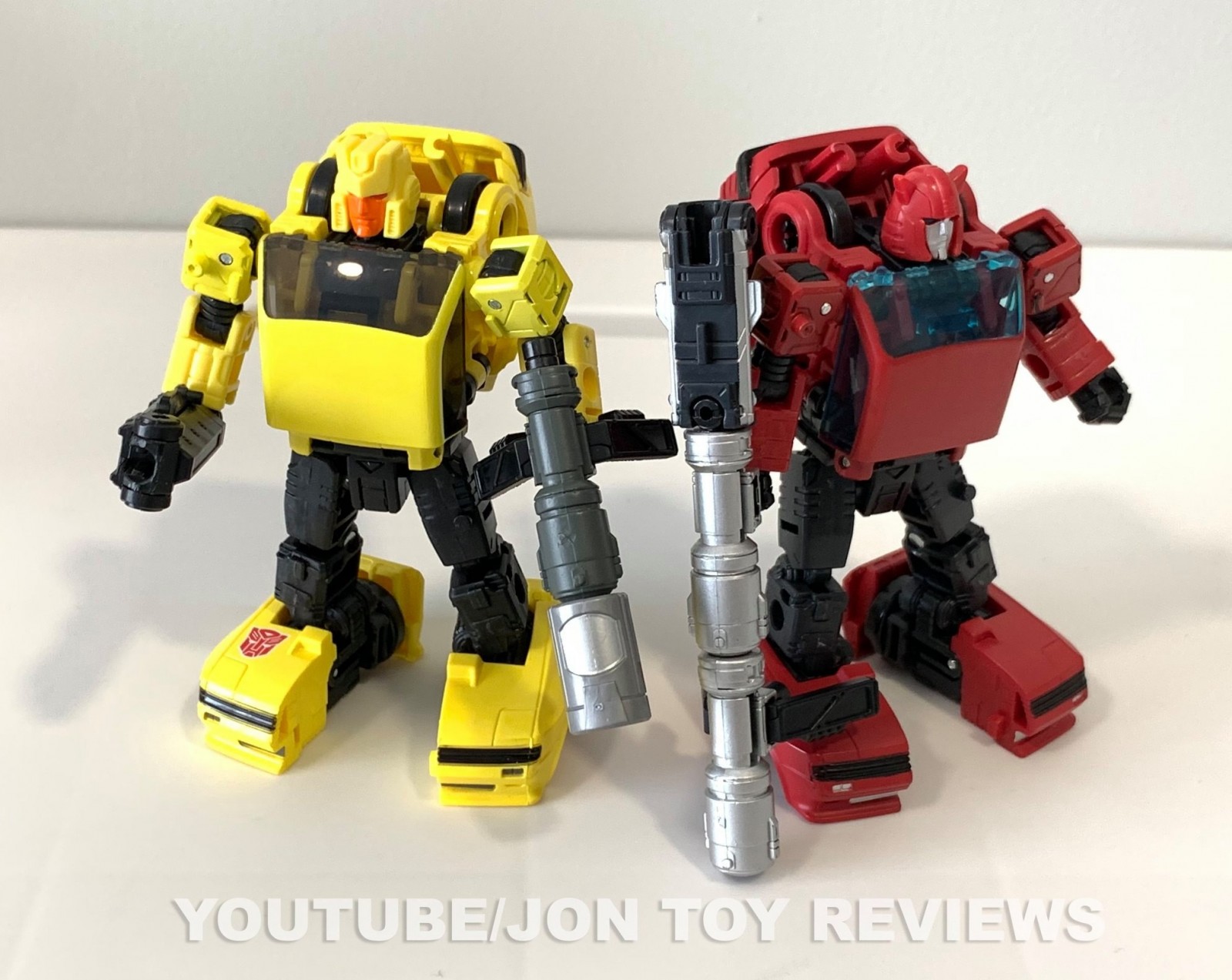 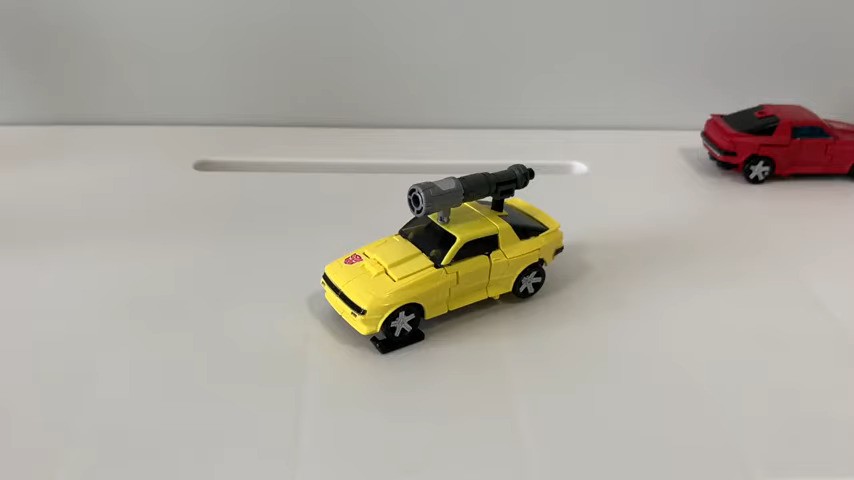 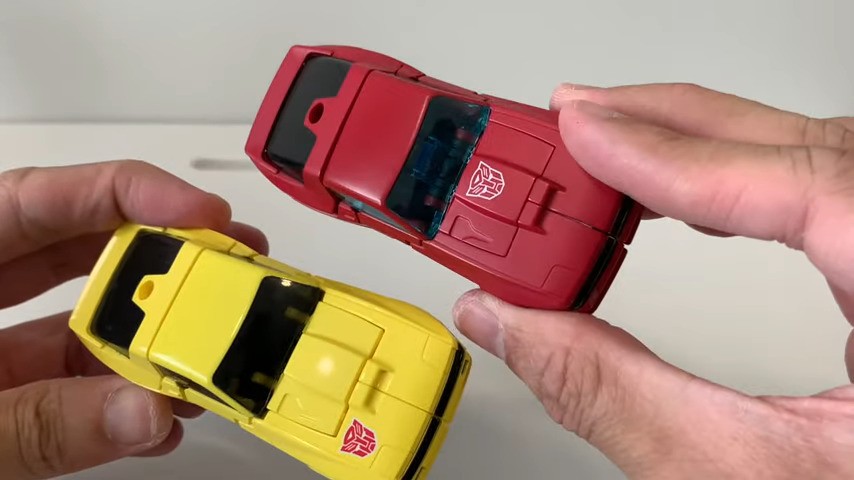 That's not all though, as these images were taken from a brand new video review of Hubcap! The reviewer was Jon Toys Reviews on YouTube and we've included the review for you below to check out.

Hubcap is a new redeco of Earthrise Cliffjumper sporting a new head.

Will this be your first chance at the Cliffjumper mold? Has Cliffjumper made such an impact on you that you want to track down Hubcap? Or are you just wanting a new representation of this old minibot? Let us know in the Energon Pub and stay tuned to Seibertron for all the latest news and reviews! 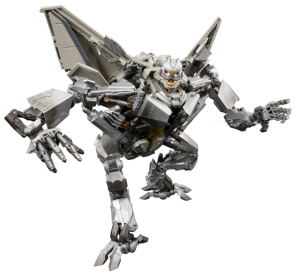 Thanks to Seibertronians Rtron and LinaNui, we have word of a new video review for an upcoming figure, Movie Masterpiece Starscream! This is done by YouTube reviewer TonTon, who has gotten his hands on the upcoming figure, which is set to be released in September in the U.S. as a Target exclusive item. TonTon first takes us through some nice comparisons in jet mode with MPM-01, the first Movie Masterpiece toy who was a Takara redeco of Hunt for the Decepticons Leader Class Starscream in his first movie colors. Then, it's on to transformation, and he shows off how nicely articulated the figure is. But enough talk, let's get to the review!

So, now that you've seen the figure more in depth, what do you think? Is this going to be a must-add to your collection? Let us know your thoughts below! 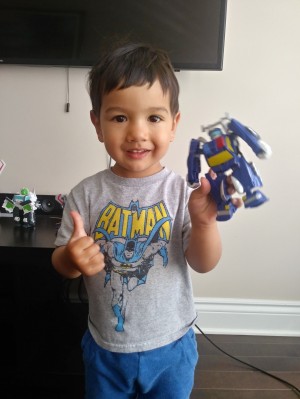 The new mold of Rescue Bots Chase, released now under Rescue Bots Academy, has been found in both the US and Canada. In Canada, he was found at a Toysrus in Montreal for $15 while in the US he was found at a Walgreens in North Carolina for $14. This is a new mold for Chase the Police Bot as he is now a drag racer. I actually purchased this for my two year old and thus I have some more pictures for you.

The size is similar to a deluxe, the same size of other Rescue Bots its size in the previous line before the rebranding. While he turns into a Drag Racer rather than a police car, and thus less show accurate, I can attest that my kid did not care. This new mold actually fixes a lot of design aspects from the original. The robot mode looks better as it is more proportionate and defined rather than just look like the alt mode parts slightly more apart from each other. Also, the original's transformation mechanism broke up the blue of the alt mode but here it's all concealed within the toy. So both modes look great. I really like the headsculpt where he has a nice police cap. The transformation is as simple as ever,very quick and effective, recreating the rapidity seen onscreen. All you have to do is flip down the spoiler and it's done. Here are images below compared to previous Rescut Bot toys and other one steps. 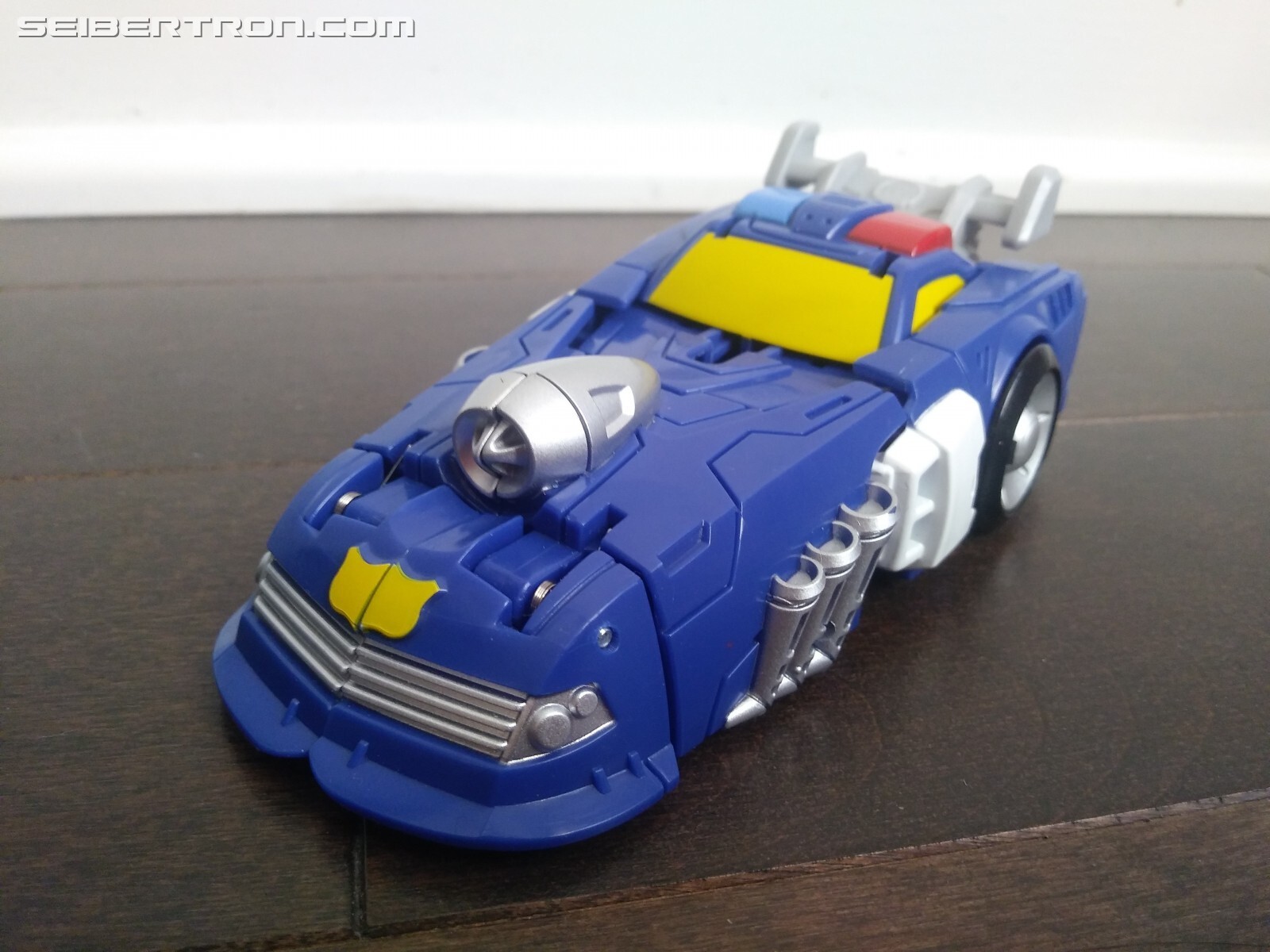 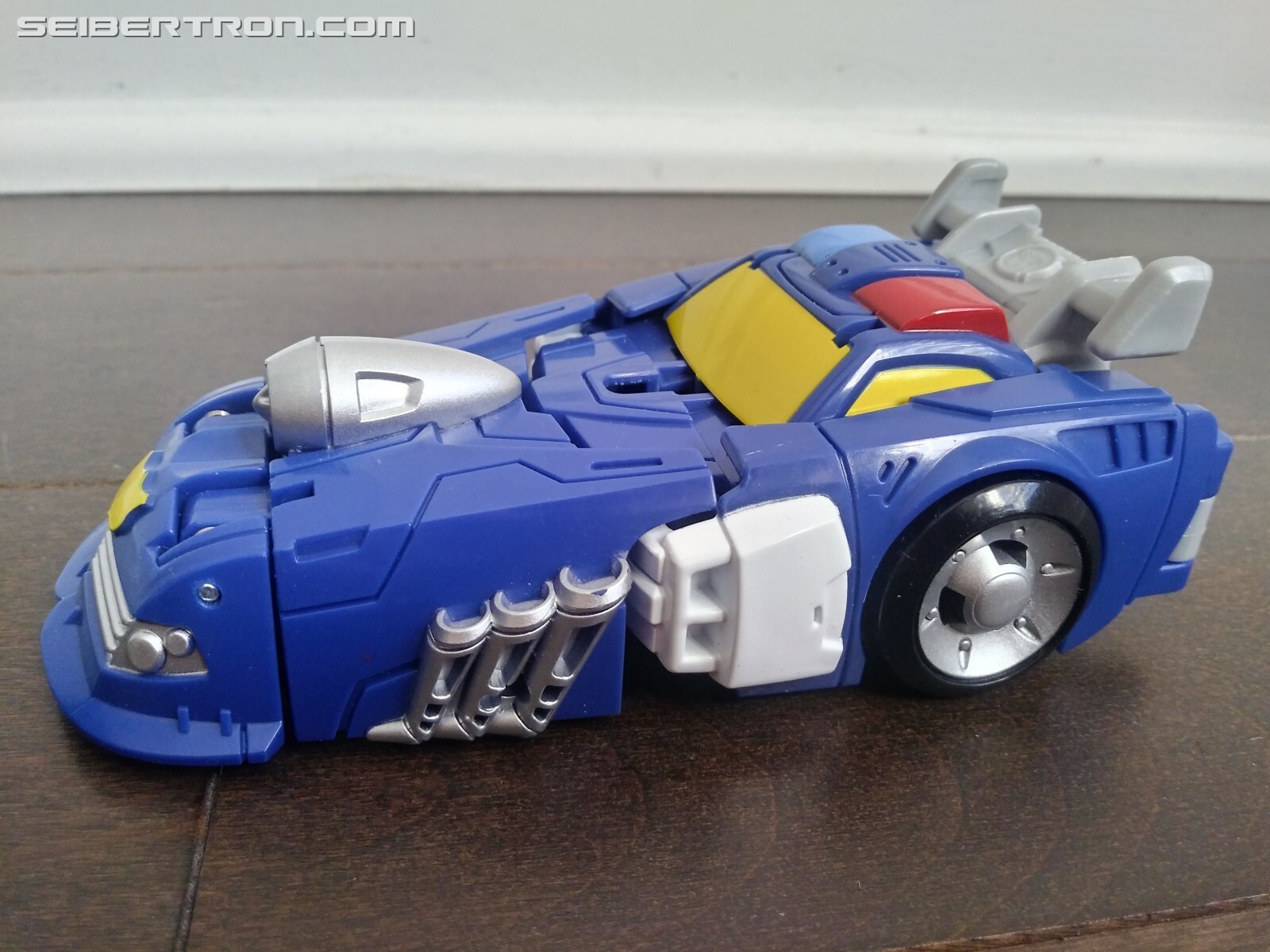 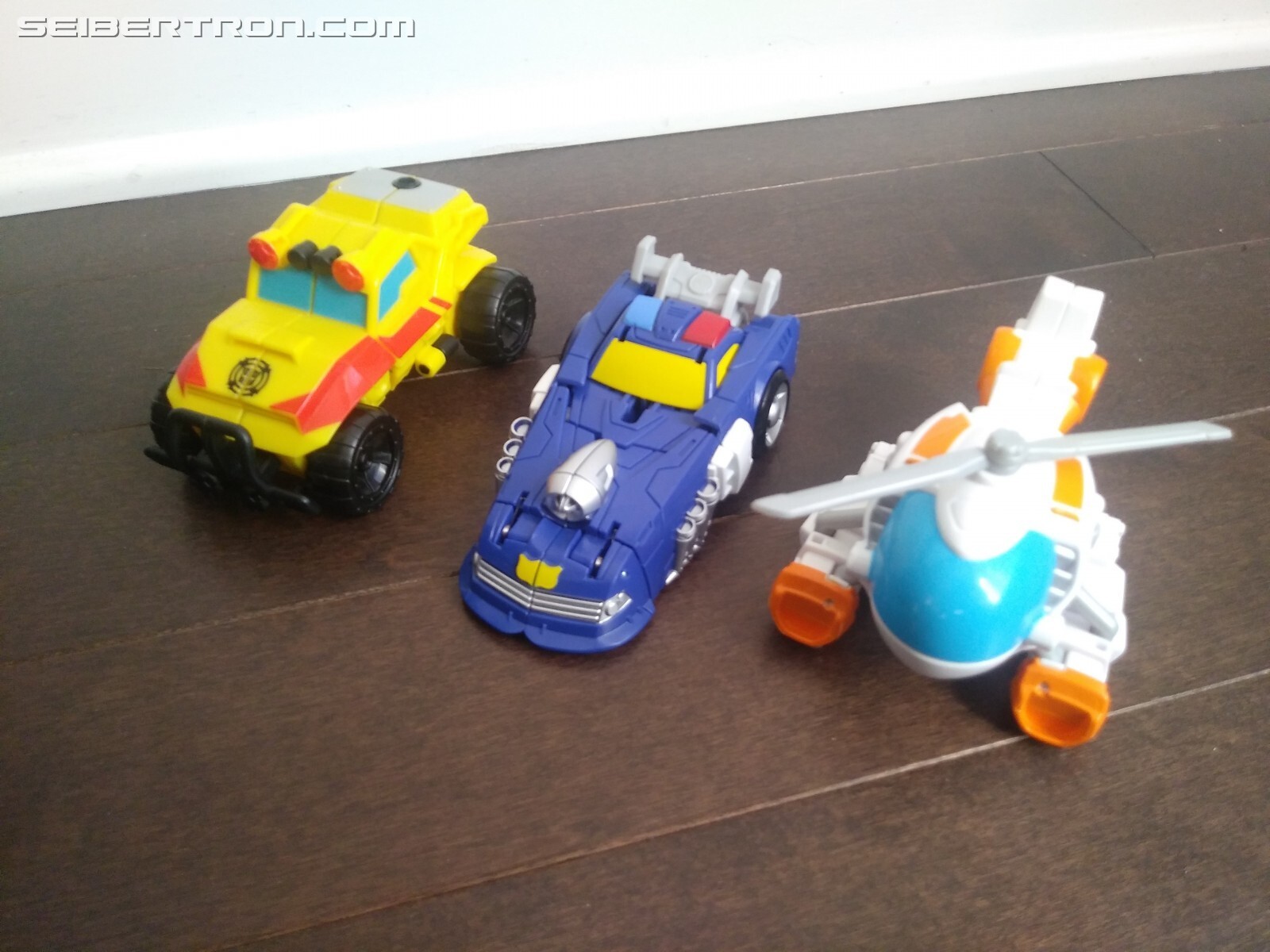 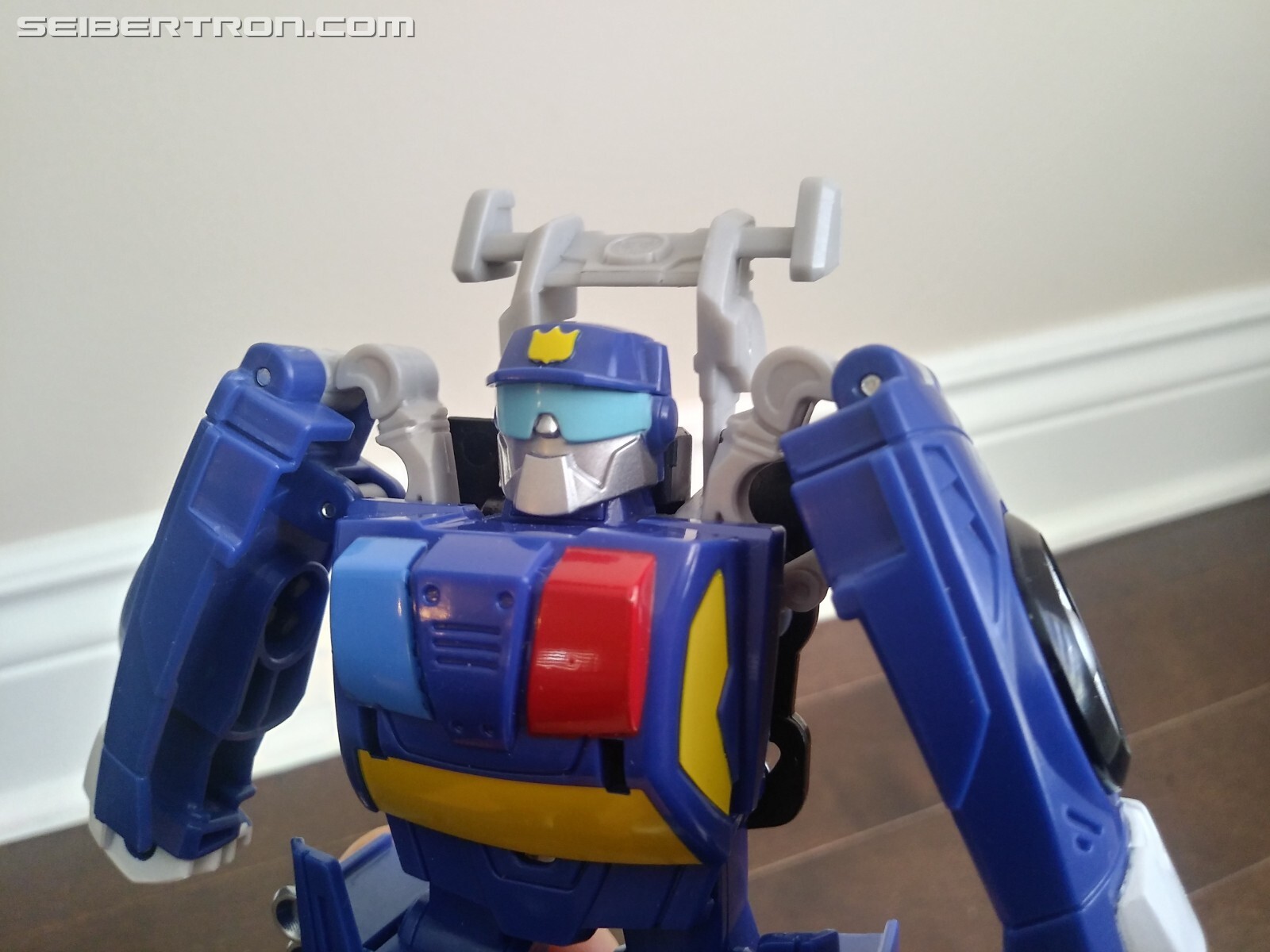 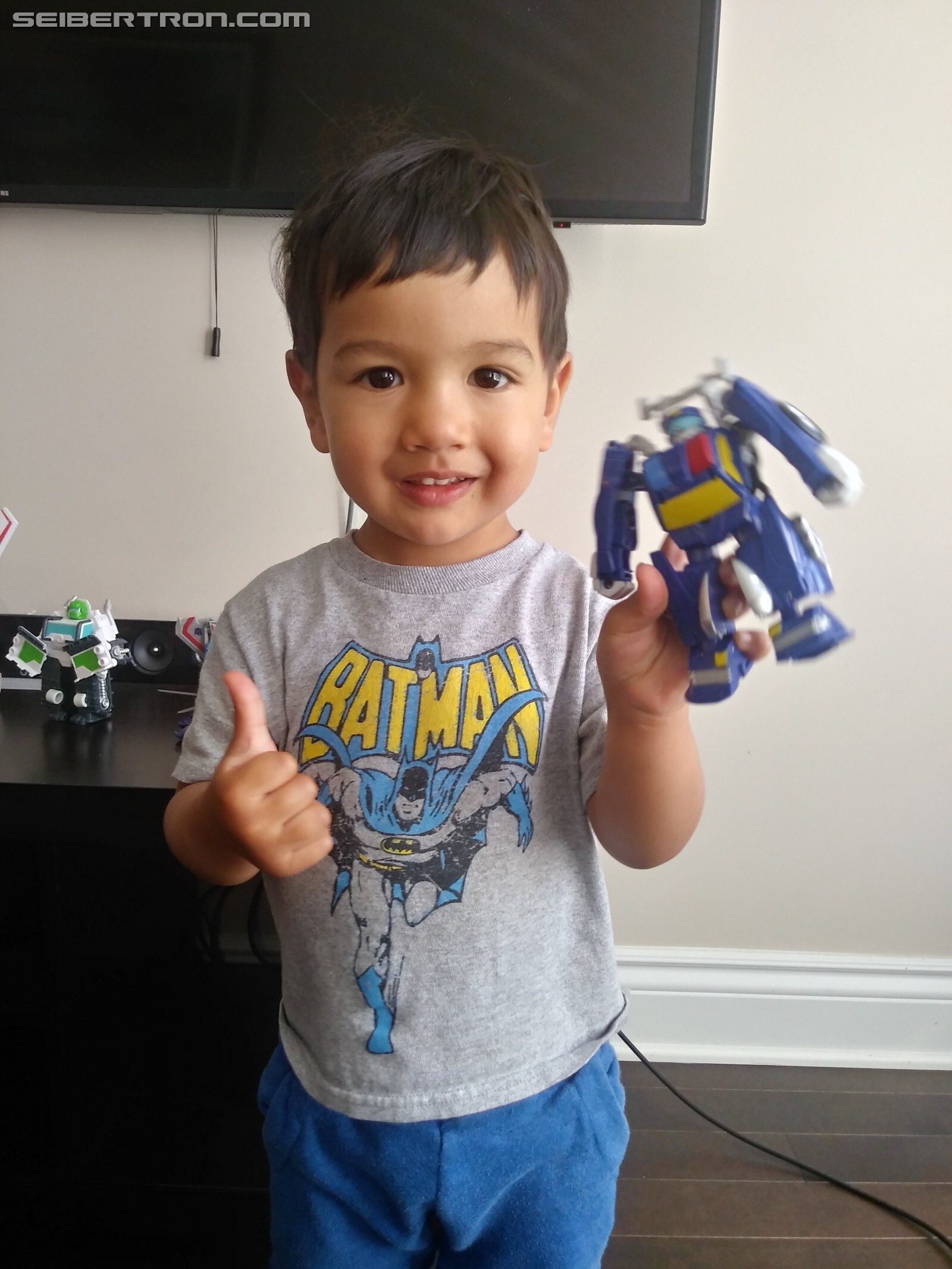 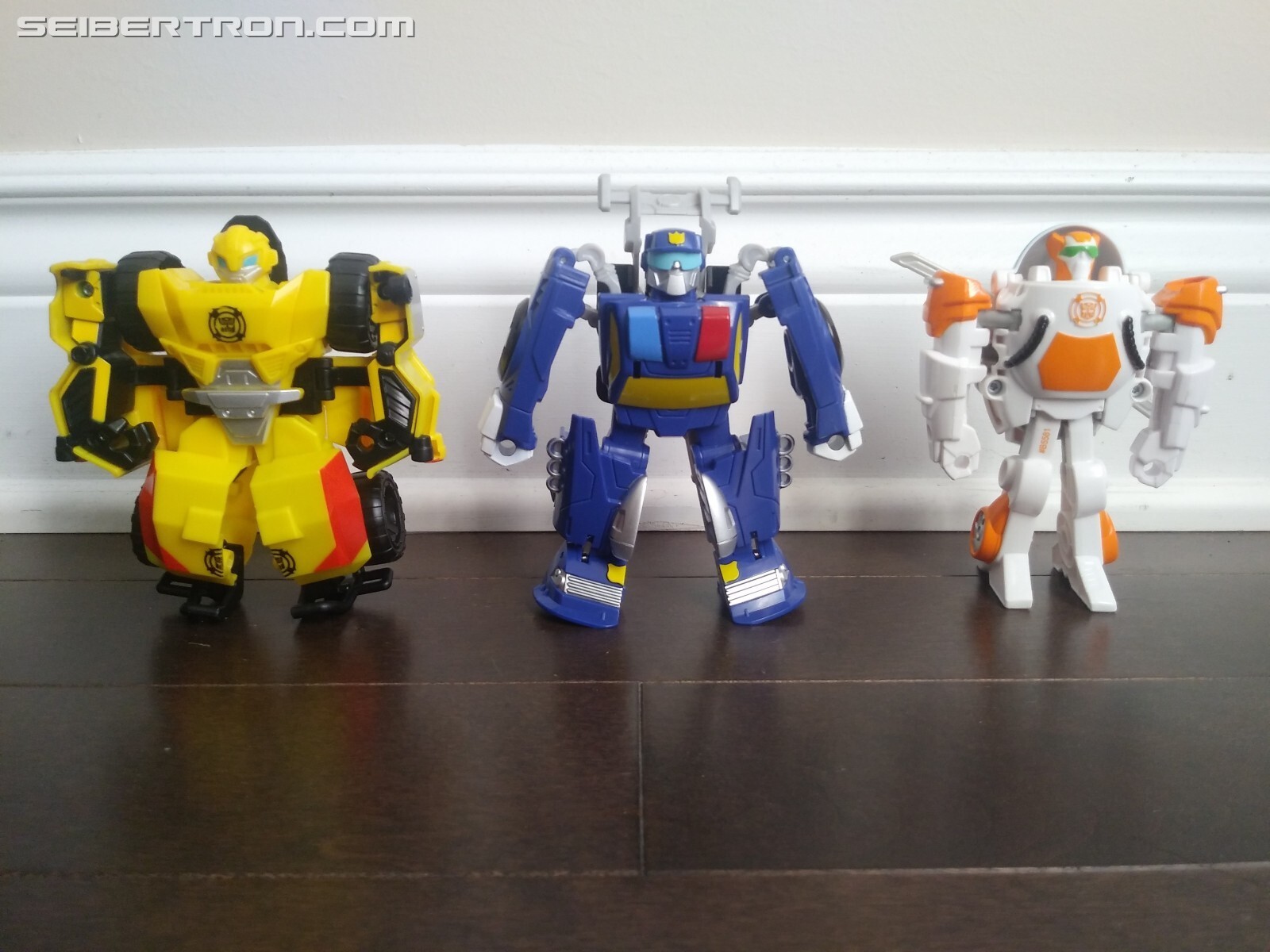 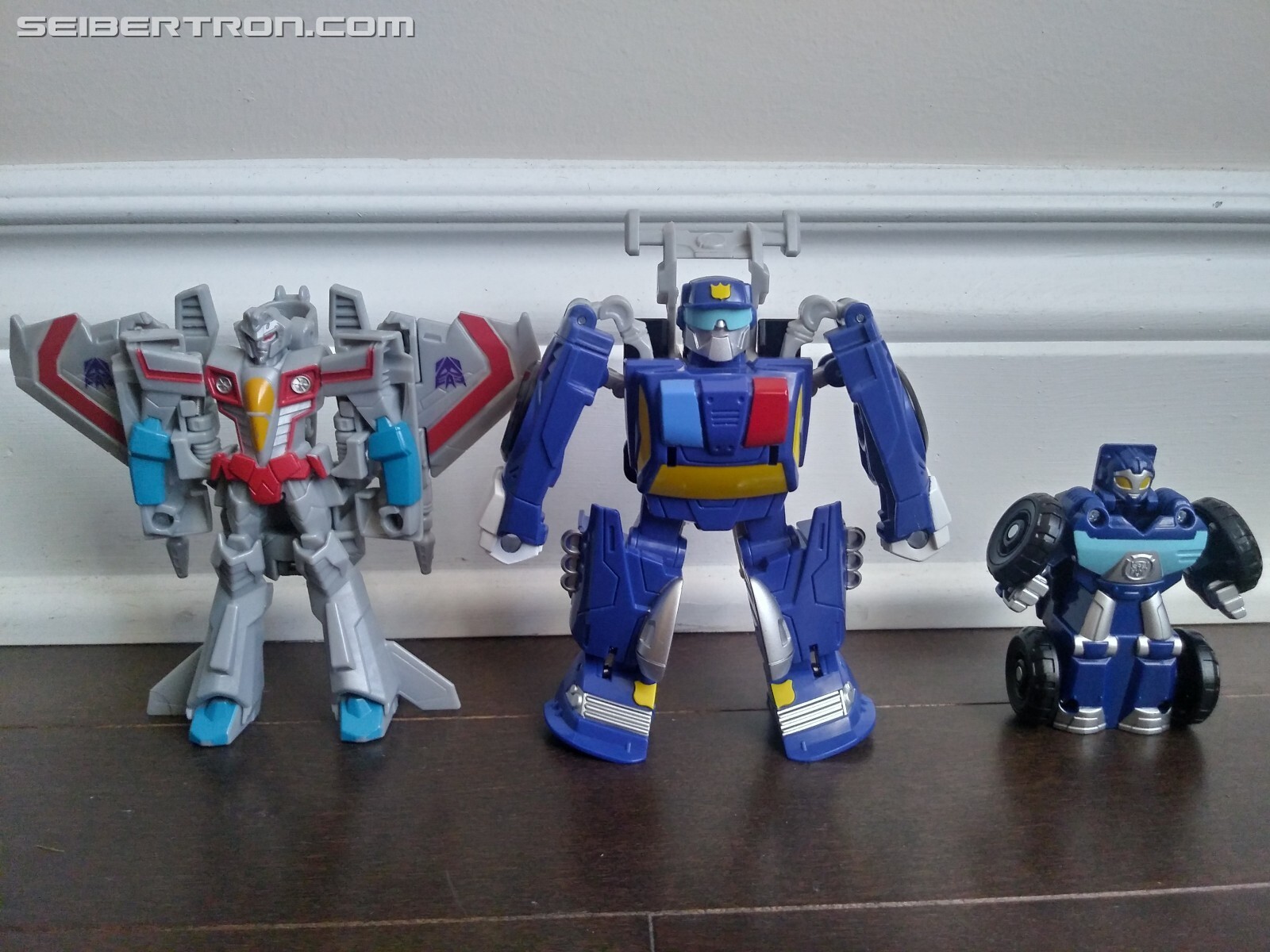 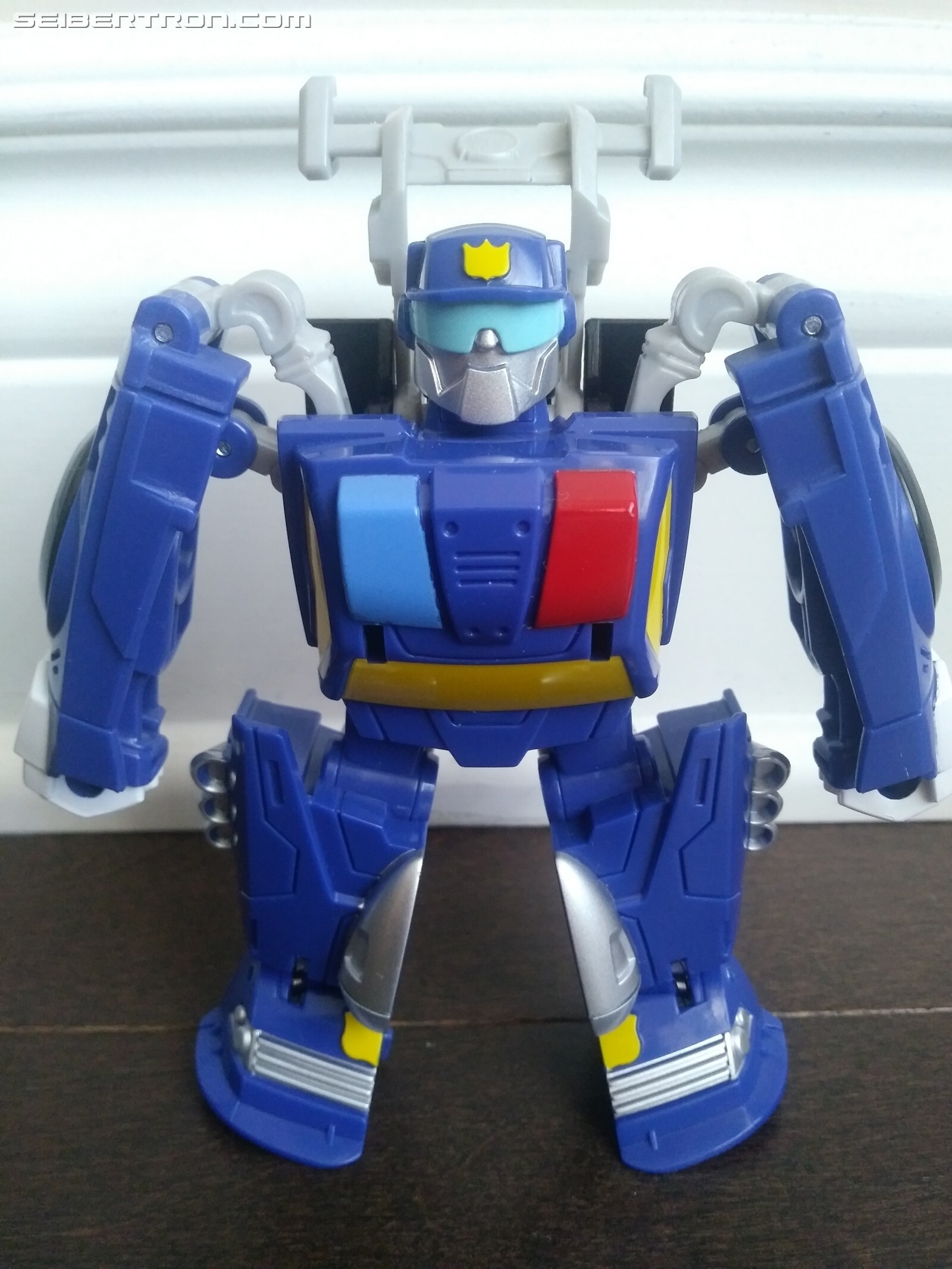 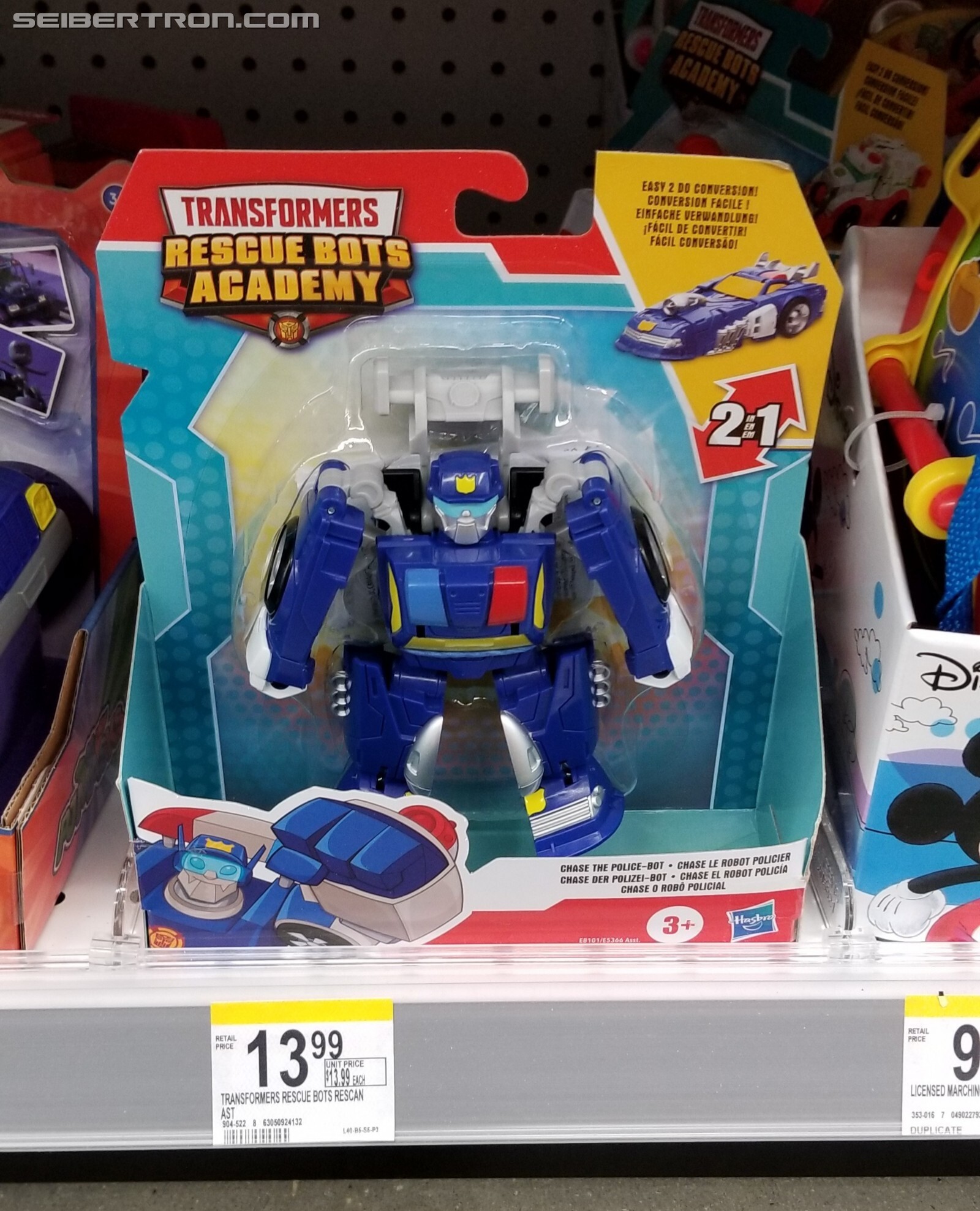 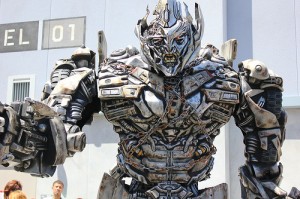 Thanks to regular YouTube reviewer PrimeVsPrime, we have a nice video review of Studio Series 48, a Universal Studios exclusive redeco of Dark of the Moon Leader Class Megatron! This "As Seen In Parks" version of the Decepticon leader recolors and repaints the Studio Series 34 figure in gunmetal gray and as PrimeVsPrime notes, shows off some of the molded detail of the figure better. This figure does not, unfortunately, include Megatron's cloak, or the mini figure of Igor, as he's meant to better represent Megatron's appearance at the Universal Studios theme park Transformers ride. Check out the review below, and let us know if you plan on (or already have) picking up this figure in some manner.