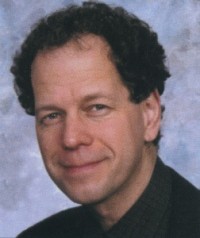 One of the yearly highlights for many BotCon attendees are the many panels featuring some of the key people who have helped shaped the Transformers franchise over the years. One such individual is Bob Budiansky, who was a former editor writer and occassional artist for the Transformers Marvel comics series. Mr. Budiansky was just the featured guest during the first of two panels which he will be involved with during the convention.

Here are some highlights, followed by some great images from Seibertron's camera.

*Bob explained his origins with the franchise, basically laying out how he was an editor for Marvel at the time. Hasbro had contracted Marvel to develop character names and profiles for the toys they were about to produce but unfortunately the first few people that Marvel chose to work on the project failed to meet Hasbro's expectations. Bob recalls he was something like the 4th choice.

*Hasbro accepted almost all of the new names that Bob came up with and if they weren't, it was usually due to copyright/legal reasons. The only name rejected for another reason was one that Bob didn't realize was a slang term for a part of the female anatomy. Some of the names before Bob got ahold of them were rather weak, such as Starscream being Ultar (Editor's note: That spelling might be slightly off, corrections are welcome)

*Bob would generally submit 2-3 potential names for each character but he admitted that he would sometimes deliberately make several of them goofy so his favorite would also be Hasbro's. One name that was initially rejected was Megatron because it "sounded scary", although Bob eventually convinced them that it SHOULD sound scary.

*Ratchet was originally intended to be a female character until Bob was informed that female robots were a no-no (which of course later changed) In this case, it would have been Nurse Ratchet, like the chatacer from the movie "One flew over the cuckoo's nest."

*A lot of the characters were influenced by celebrities or pop culture such as Blaster drawing from Clint Eastwood and Mr. Spock influencing Shockwave.

*Bob recalled fondly that issue #23 (Decepticon Graffiti) earned him a very special fan letter from none other than Marvel icon Stan Lee.

*Hasbro kept increasing the amount of characters which led to 2 things. One was Bob developing the concept of the Creation Matrix, which of course has influenced both the Matrix of Leadership and AllSpark concepts used elsewhere in the franchise. The other effect it had was frustrating Bob to the point that he decided to leave the series.

*Bob had met Simon Furman previously and actually was the one who suggested to Simon that he take over the series. Bob's editor agreed and the rest is history.

*Bob has never watched the Sunbow cartoons, and also said that he paid little attention to the competing Gobots product line that was out at the same time.

*All of the "mottos" on the character bios came directly from Bob, such as "Freedom is the right of all sentient beings." Overall Bob seemed very upbeat and personal. He admitted that he really hasn't kept up much with the brand since he left it but seems happy that he was able to make the contributions that he did.

For all the best BotCon coverage, stay tuned to Seibertron.com, the ultimate Transformers resource!