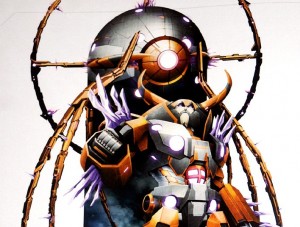 Courtesy of IDW Publishing directly, we have their full recap of the news and announcements that took place over the weekend at San Diego Comic Con 2017 - and in our case, the interest for the Hasbro Universe and Transformers in particular!

As seen in our recap of the panel, and the video you can check out for yourselves, the two big parts are new series Visionaries, coming out of First Strike, and Unicron himself. Check out more info below!

Unicron is coming! — First Strike, the next major Hasbro comic book event from IDW, will see Unicron enter the picture, which can only mean one thing – destruction! 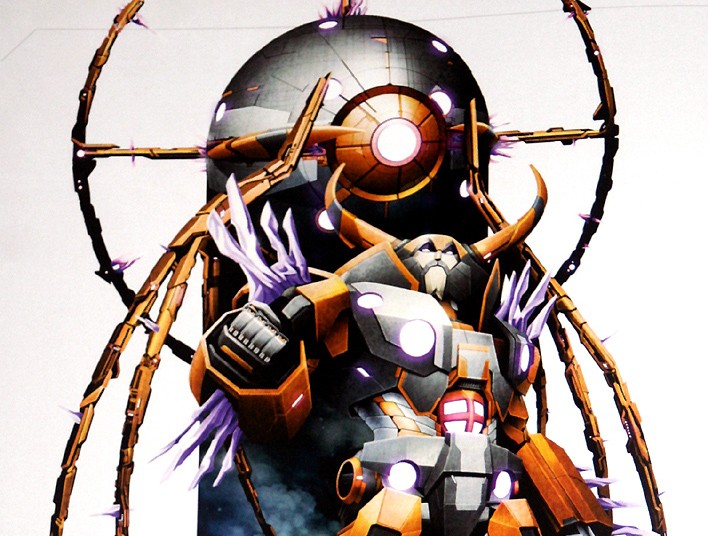 San Diego, CA (July 25, 2017) – San Diego-based publisher, IDW, was well represented at this year’s Comic-Con International and made some noise, thanks to IDW’s high profile booth signings, in-demand exclusives, and major announcements! Not to mention walking away from the annual Eisner ceremony with awards for Best Anthology – Love is Love, and Best Reality-Based Work – March: Book Three.

As they celebrated the trilogy's conclusion, Congressman John Lewis, Andrew Aydin, and Nate Powell not only received Eisner Awards for March: Book Three, but also Inkpot Awards for their contributions to the field of comics, before leading hundreds of students, teachers, and fans in an inspiring march through Comic-Con.

Love is Love project organizer, Marc Andreyko, was awarded the Bob Clampett Humanitarian Award for his efforts to aid the victims of the tragic Pulse nightclub shooting in Orlando. The benefit anthology raised over $167K for those affected.

Legendary comics creator Walter Simonson, whose Ragnarök is published under IDW, was honored during the ceremony as well, being inducted into the Will Eisner Comic Book Hall of Fame in recognition of his long and outstanding career.

With so many announcements hitting during the biggest trade show of the year, we’ve compiled a handy guide to what exciting news IDW/Top Shelf made at the event.

The League of Extraordinary Gentlemen — Award-winning creators Alan Moore and Kevin O'Neill will conclude their careers in comics with a final storyline, "The Tempest," beginning in June.

Black Crown’s Assassinistas — This 6-issue miniseries from writer Tini Howard (Hack/Slash) and newly minted Will Eisner Hall of Famer Gilbert Hernandez (Love and Rockets) packs a punch. Ex-hitwoman Octavia comes out of retirement, dragging her college-aged son and his boyfriend along on her mission to kick some serious ass this December.

Black Crown’s Punks Not Dead — Courtesy of writer David Barnett and artist Martin Simmonds, cross the pond this January for this UK-based tale of Fergie, a boy in search of his father, and his companion, the ghost of The Sex Pistol’s Sid Vicious (obviously).

TMNT/Ghostbusters 2 — The Heroes in a Half Shell and the original ‘busters will reunite for a 5-week crossover event series this November from Erik Burnham, Tom Waltz, and Dan Schoening.

Ghostbusters: Answer the Call —The heroines of the 2016 feature film are returning to comics this October, now with their own series, from Ghostbusters veterans, writer Kelly Thompson and artist Corin Howell.

Jem and the Holograms: Dimensions — The new anthology comic set in Jem’s world will premiere this November, with an all-star lineup of rotating creative teams including Jem mainstay Sophie Campbell, plus Kate Leth and Tana Ford joining the jam session.

The X-Files: JFK Disclosure — This two-part special, written by Denton J. Tipton with art by Menton3, will reveal the truth surrounding one of the greatest conspiracies in American history.

Gears of War — The popular video game franchise will return to comics in January 2018, with writer Kurtis Wiebe (Rat Queens) scripting new stories. In addition, IDW will be reprinting the previous Gears of War comics into collections.

Glénat — IDW Publishing and French publisher Glénat are teaming up on a new joint initiative to publish original graphic novels in the U.S. and France, publishing genre graphic novels that will fit into both markets. It kicks off with a new fantasy series, The Highest House, by Mike Carey and Peter Gross, creators of The Unwritten.

30 Days of Night — Fresh art from the upcoming reimagining of the vampire tale set in Alaska was unveiled. From writer/co-creator Steve Niles and artist Piotr Kowalski (Sex), a new take on the modern classic arrives this December.

Star Trek: Discovery — The first details about the comic book tie-in to the upcoming Star Trek TV series were teased, including a Klingon-centric storyline. It will be written by Mike Johnson and Star Trek: Discovery TV writer Kirsten Beyer with art by Tony Shasteen with more details to come about the October launching title.

Unicron is coming! — First Strike, the next major Hasbro comic book event from IDW, will see Unicron enter the picture, which can only mean one thing – destruction!

IDW Publishing thanks all of its talented creators, dedicated fans, and the hardworking staff of Comic-Con International for another amazing year! See you all in 2018!

A whim, a thought, and more is sought. Awake my mind; thy will be wrought.

Nik Hero wrote:So it all makes sense now. Unicron will come and it will take the POWER OF THE PRIMES to defeat him!

Nik Hero wrote:So it all makes sense now. Unicron will come and it will take the POWER OF THE PRIMES to defeat him!

The power of the remaining Primes, anyway. Solus, Nexus and Micronus (sorta mostly) are dead.

Not to mention Onyx and Maximo are dicks.