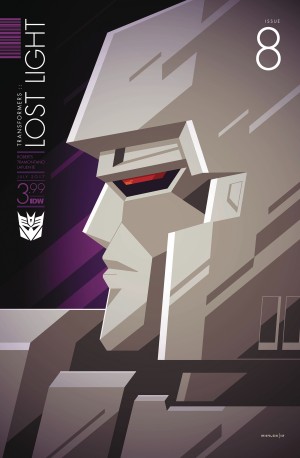 Here are the sollicitaions for the IDW Transformers comics coming out in July, and not all covers are revealed yet. We also have two hardcovers coming out in September, for The IDW Collection and the Hasbro/IDW Revolution event. These were all found through Previews World. One info of note is that Revolutionaries will be ending with issue 8, leading to a new event.

Also included below, as part of our ongoing bare minimum Hasbro Universe coverage, are the likes of MASK, Rom, and Micronauts: Wrath of Karza!


OPTIMUS PRIME #9
(W) John Barber (A/CA) Kei Zama
THE LIFE OF SIDESWIPE! A Junkion machine finally gives long-injured Sideswipe a new lease on life! But when his brother goes missing, Sideswipe and Arcee return to Cybertron-and nothing will be the same between them ever again. 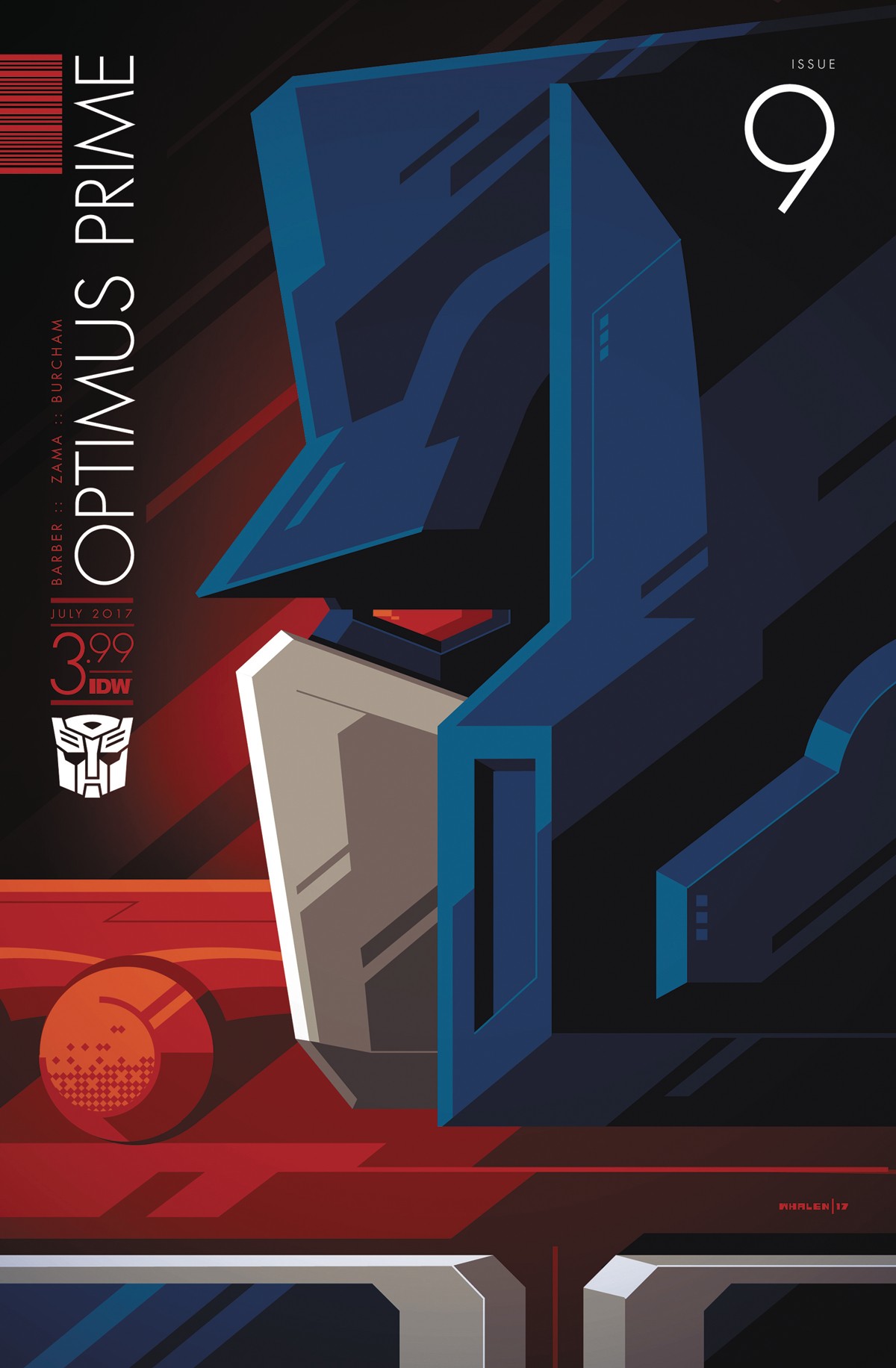 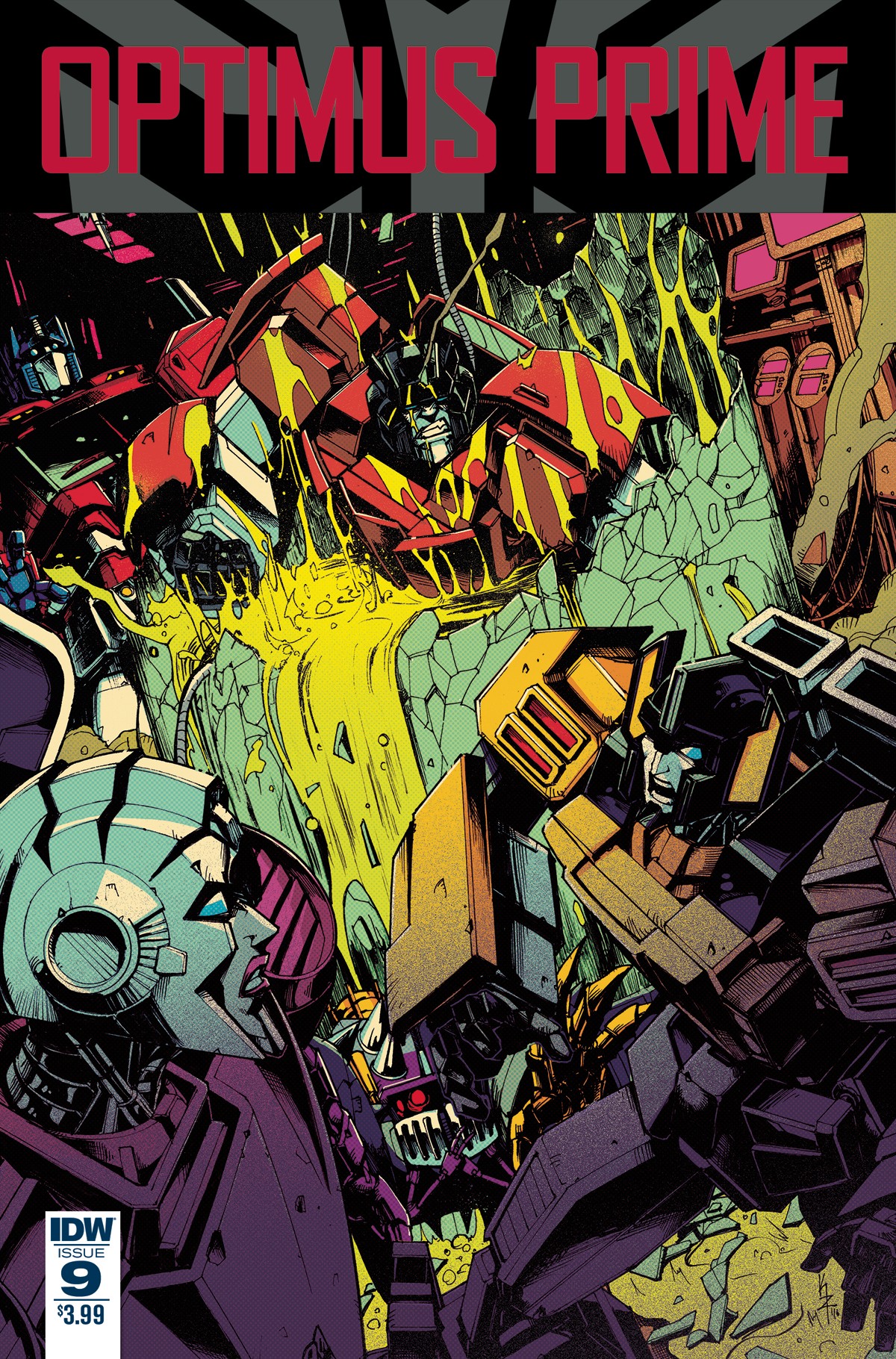 TRANSFORMERS LOST LIGHT #8
(W) James Roberts (A) Jack Lawrence (CA) Tom Whalen
THE HUNT IS ON! Ever lost something and spent forever looking for it? Try visiting Troja Major, the lost property capital of the universe. Just bear in mind that it’s better known by another name: the Howling Town. And the Autobots are about to find out why. 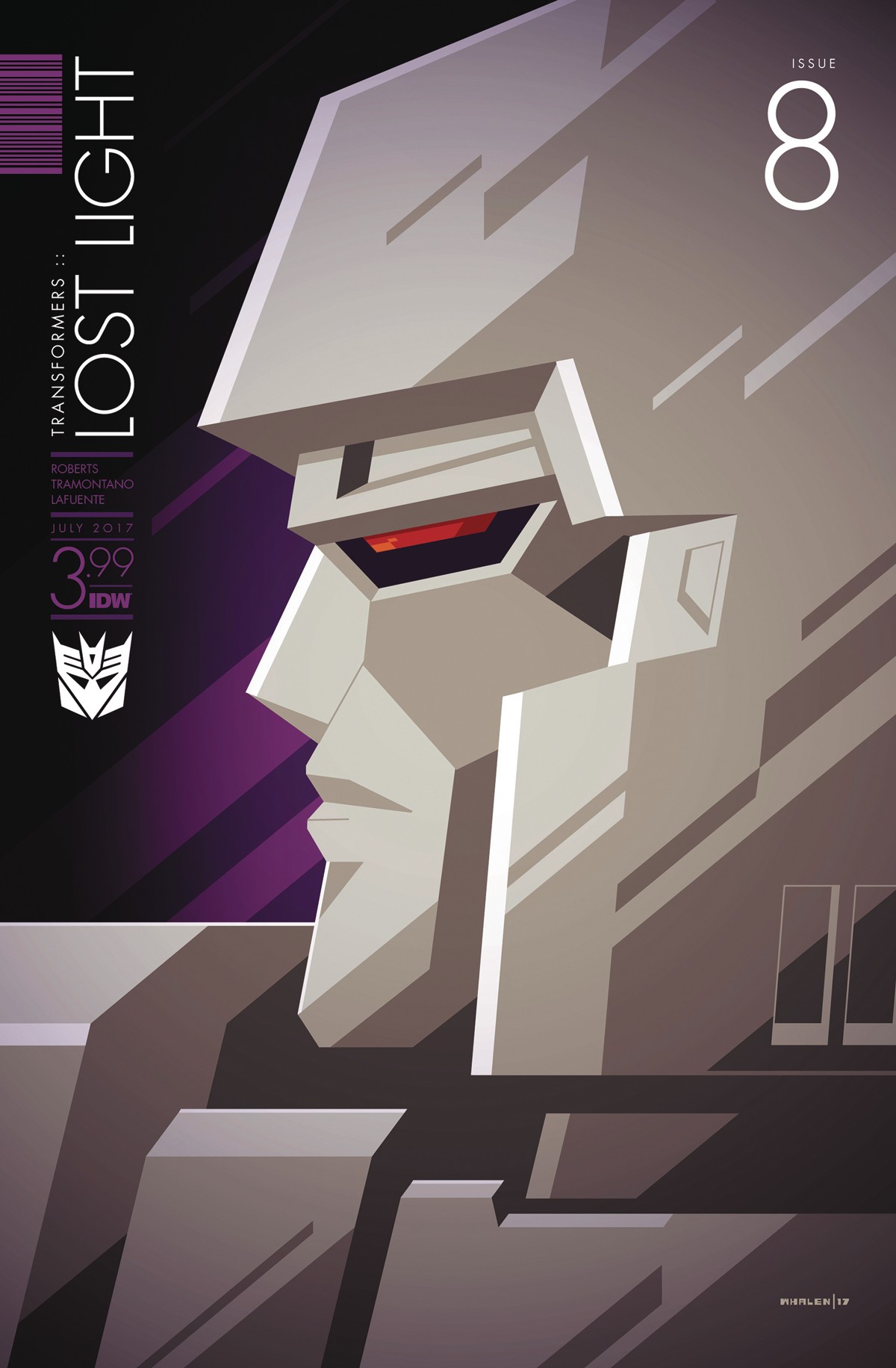 TRANSFORMERS TILL ALL ARE ONE #12
(W) Mairghread Scott (A/CA) Sara Pitre-Durocher
Starscream makes his most desperate move yet in order to protect himself from Elita One’s rising power. But for once the master of manipulation’s only choice is to make himself helpless to another. Good thing no one’s got a grudge against Starscream, right? 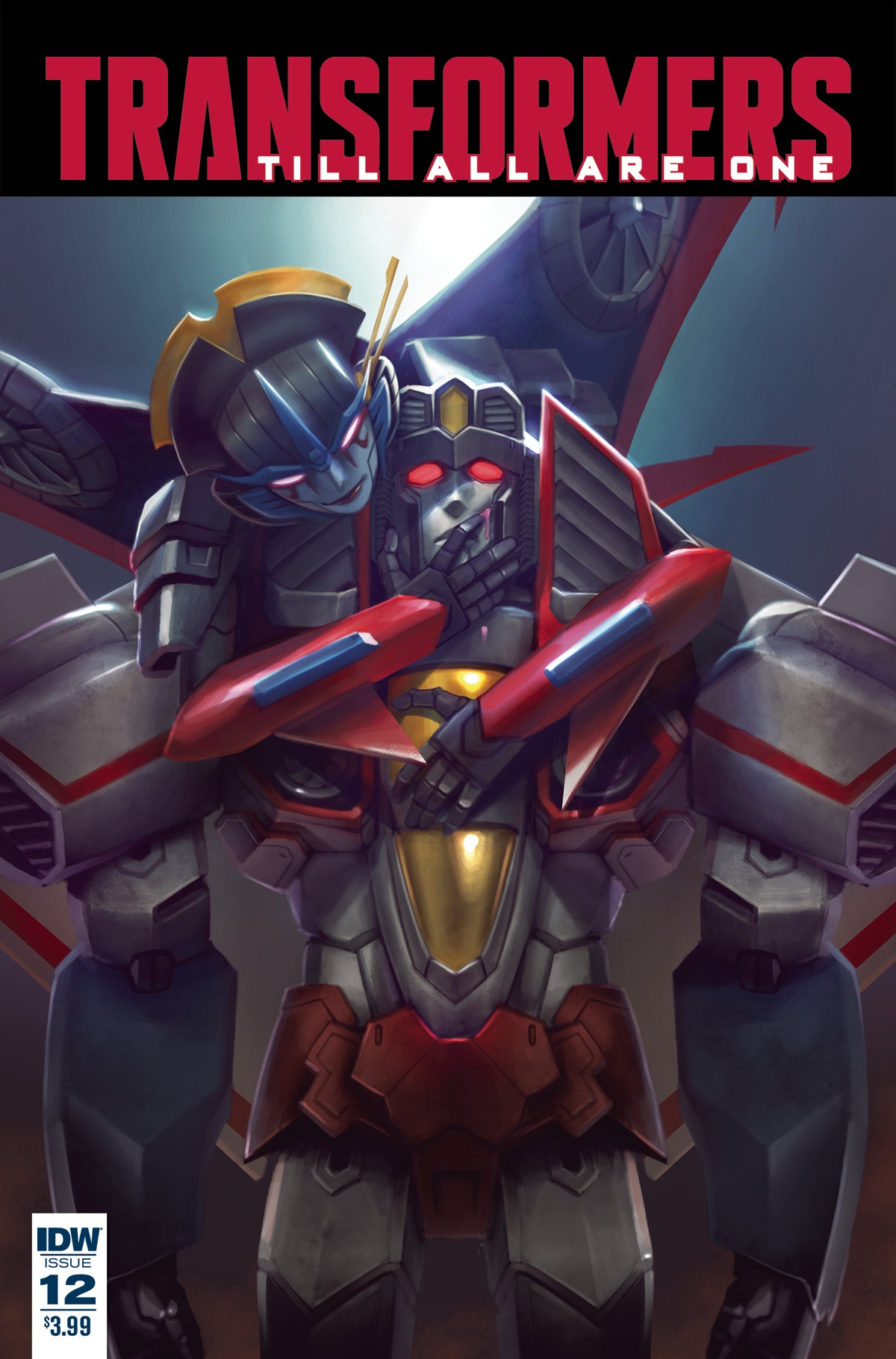 REVOLUTIONARIES #8
(W) John Barber (A) Fico Ossio (CA) Igor Lima
OPTIMUS PRIME VS. BARON IRONBLOOD! The final mystery is revealed as Baron Ironblood reveals his true identity! Only by teaming with Transformers leader Optimus Prime do the Revolutionaries have a chance to save Earth-and the whole Hasbro universe! The senses-shattering conclusion to Revolutionaries leads directly into next month’s massive crossover event! 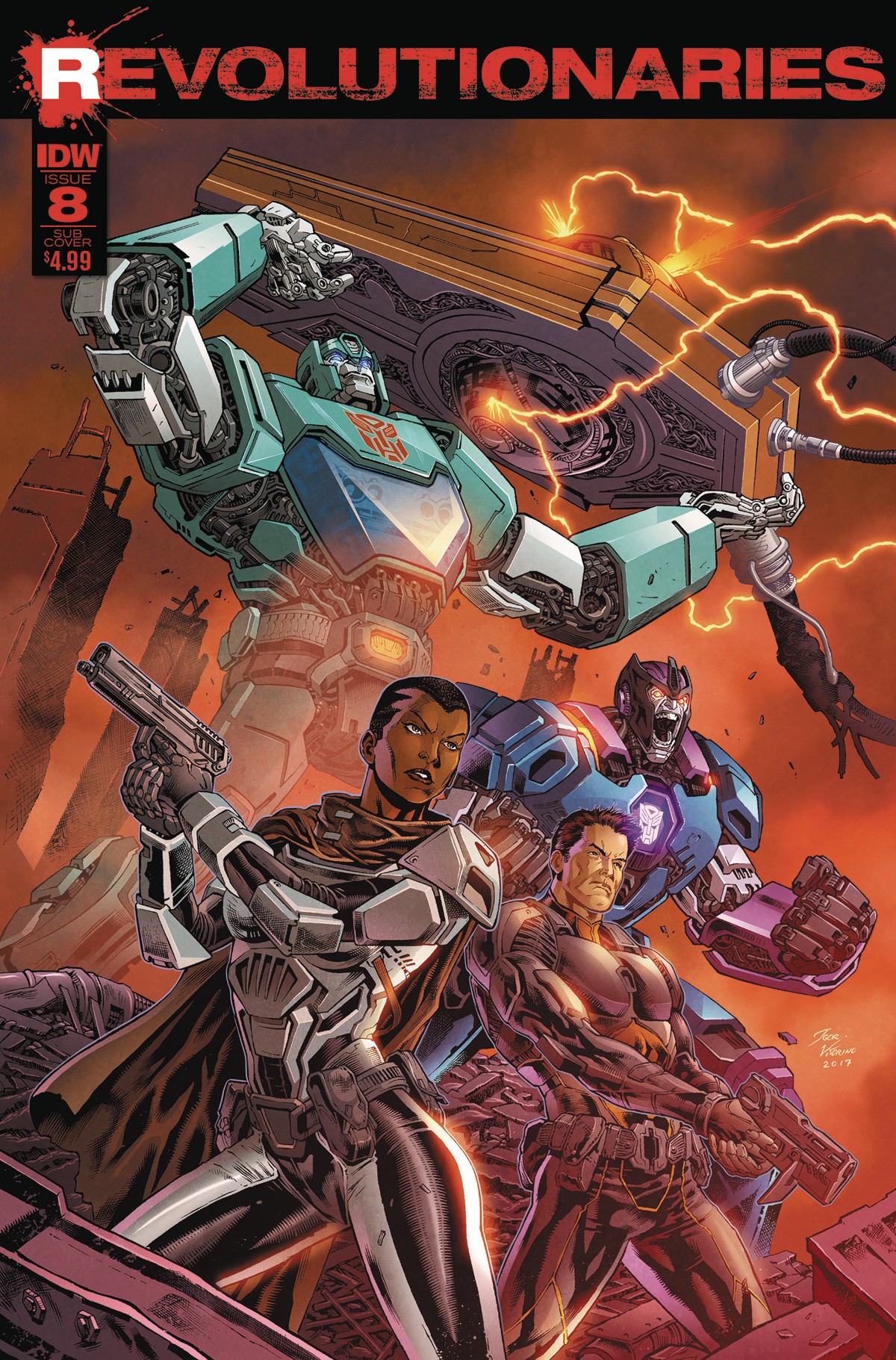 ROM VS TRANSFORMERS SHINING ARMOR #1
(W) John Barber, Christos Gage (A/CA) Alex Milne
Meet the universe’s only Cybertronian Solstar Knight! Hundreds of years ago, Rom discovered Stardrive, the sole survivor of a doomed space probe. Stardrive committed herself to protecting the galaxy from the Dire Wraiths… but when the Decepticon called Starscream makes a deadly deal, Rom and the Transformers are forced into a collision course… with Stardrive caught between two worlds!


HASBRO HEROES SOURCEBOOK #3
(W) John Barber, Various (A) Robert Atkins, Various (CA) Fico Ossio
If you’re new to the Hasbro Universe or a long-time fan, this book is for you! Featuring a veritable TON of bios on your favorite characters, from P to Z, plus papercraft projects, a map of the Heliopolis, the Micronauts’ ship, and a fantastic story leading in to the next huge Hasbro event! 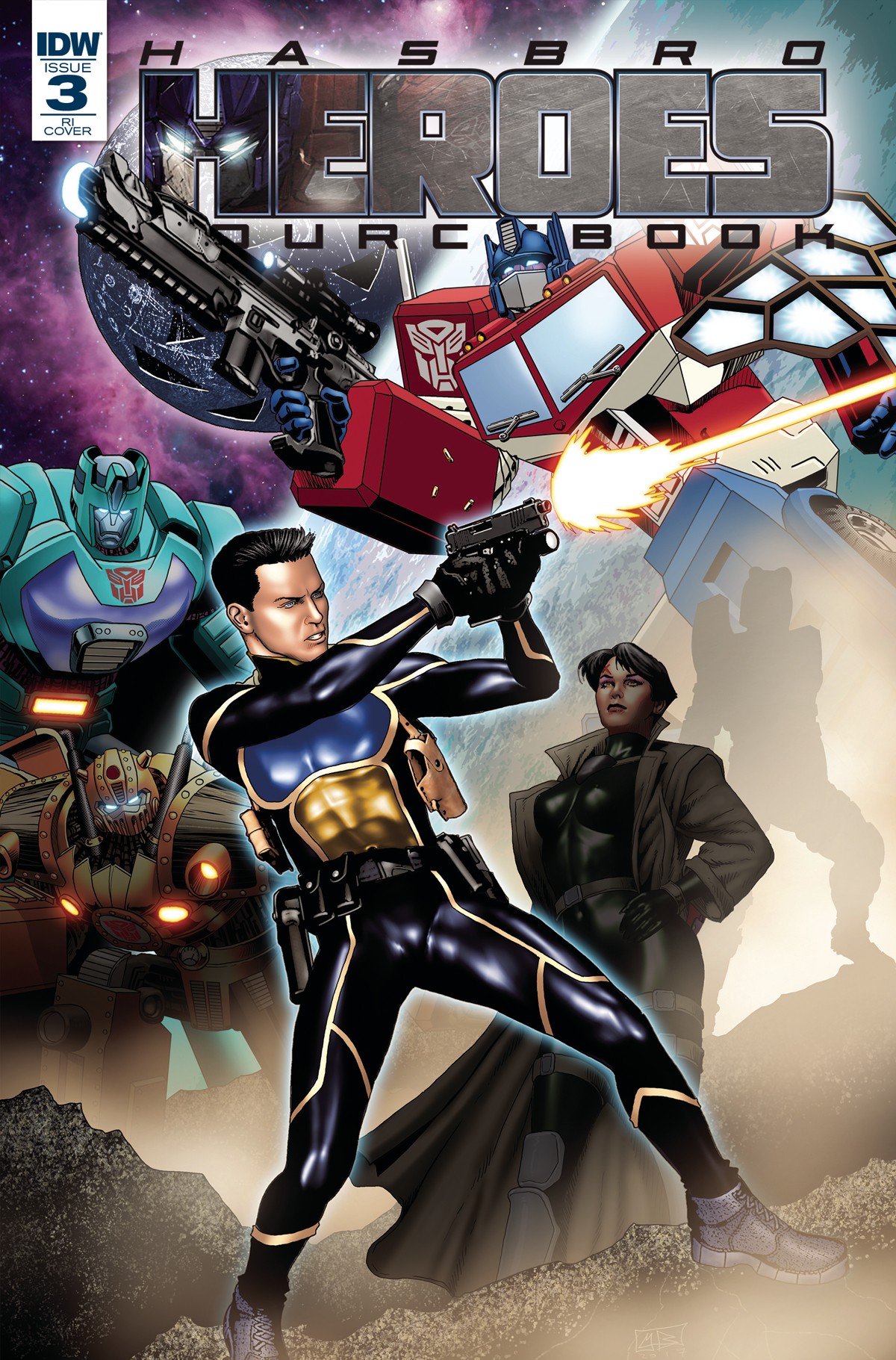 TRANSFORMERS IDW COLL PHASE 2 HC VOL 06
(W) John Barber, James Roberts, Mairghread Scott (A) Phil Jimenez, Andrew Griffith, Sarah Stone, Brendan Cahill, Atilio Rojo, James Raiz, Livio Ramondelli, Nick Roche, Robert Gill, Alex Milne (CA) Guido Guidi
Presenting IDW’s Transformers comics in preferred reading order! The end of everything! Shockwave makes a move millions of years in the planning-an ultimate strategy to remake Cybertron and destroy both the Autobots and Deceptions! Only the combined forces of Optimus Prime, Bumblebee, and Rodimus can save their world-but billions of miles and eons of war leave our heroes divided, in “Dark Cybertron.” Plus, Windblade takes the planet by storm-but where did she come from-and what does her secret mean for the future of the Transformers? Collects Dark Cybertron #1 and Finale, More Than Meets The Eye issues #23-27, Robots In Disguise issues #23-27, and Windblade issues #1-4. 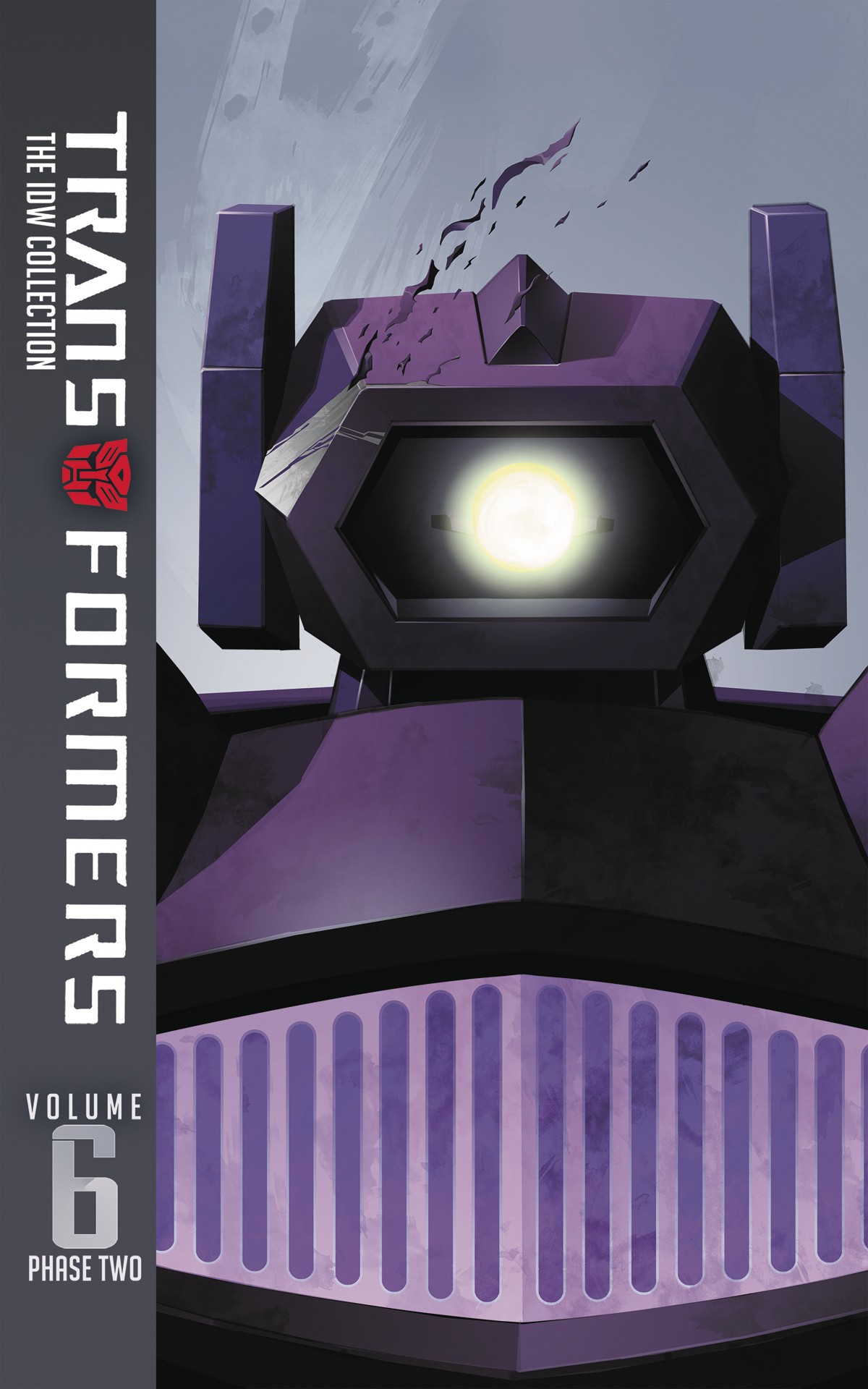 HASBRO PRESENTS REVOLUTION COMPLETE HC
(W) John Barber, Cullen Bunn, Various (A) Fico Ossio, Various (CA) James Biggie
THE REVOLUTION HAS BEGUN! Celebrating more than a decade of stories by IDW and HASBRO, this unprecedented event draws everything together-and leaves nothing standing. The REVOLUTION is here-TAKE A STAND! Collects Revolution issues #0-5 as well as all of the Revolution One-Shots, including Transformers, G.I. JOE, Action Man, Rom, Micronauts, and M.A.S.K., with an expanded cover gallery. 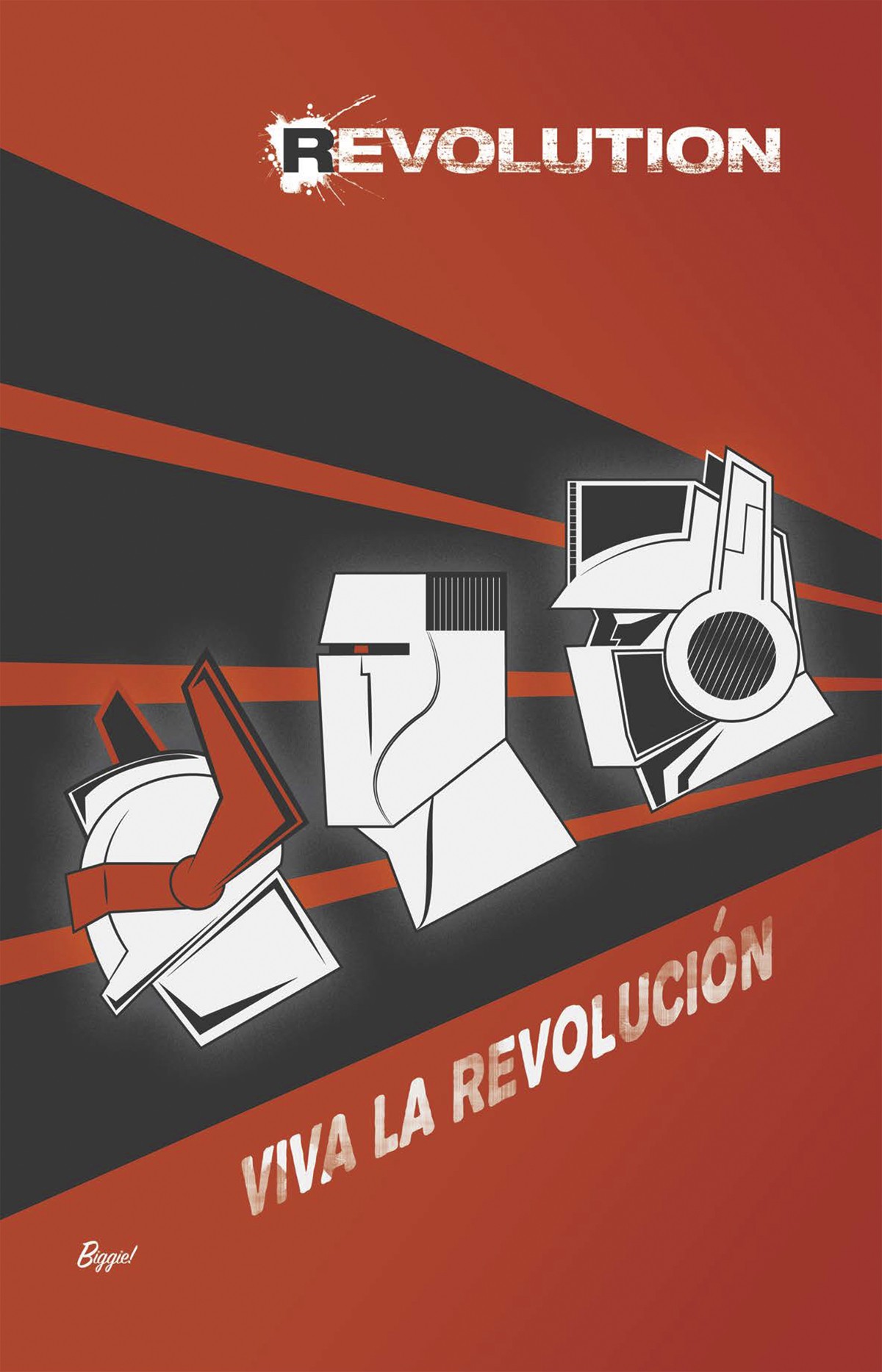 M.A.S.K.: Mobile Armored Strike Kommand #9— Cover A: Ryan Brown
Brandon Easton (w) • Igor Lima (a) • Ryan Brown (c)
In the penultimate chapter of M.A.S.K., Matt Trakker and his allies battle massive mutated creatures in the bowels of the Earth as an internal power struggle threatens to tear the team apart. The secret infiltrator continues to sow distrust, if M.A.S.K. survives the monsters, can they survive each other?
FC • 32 pages • $3.99 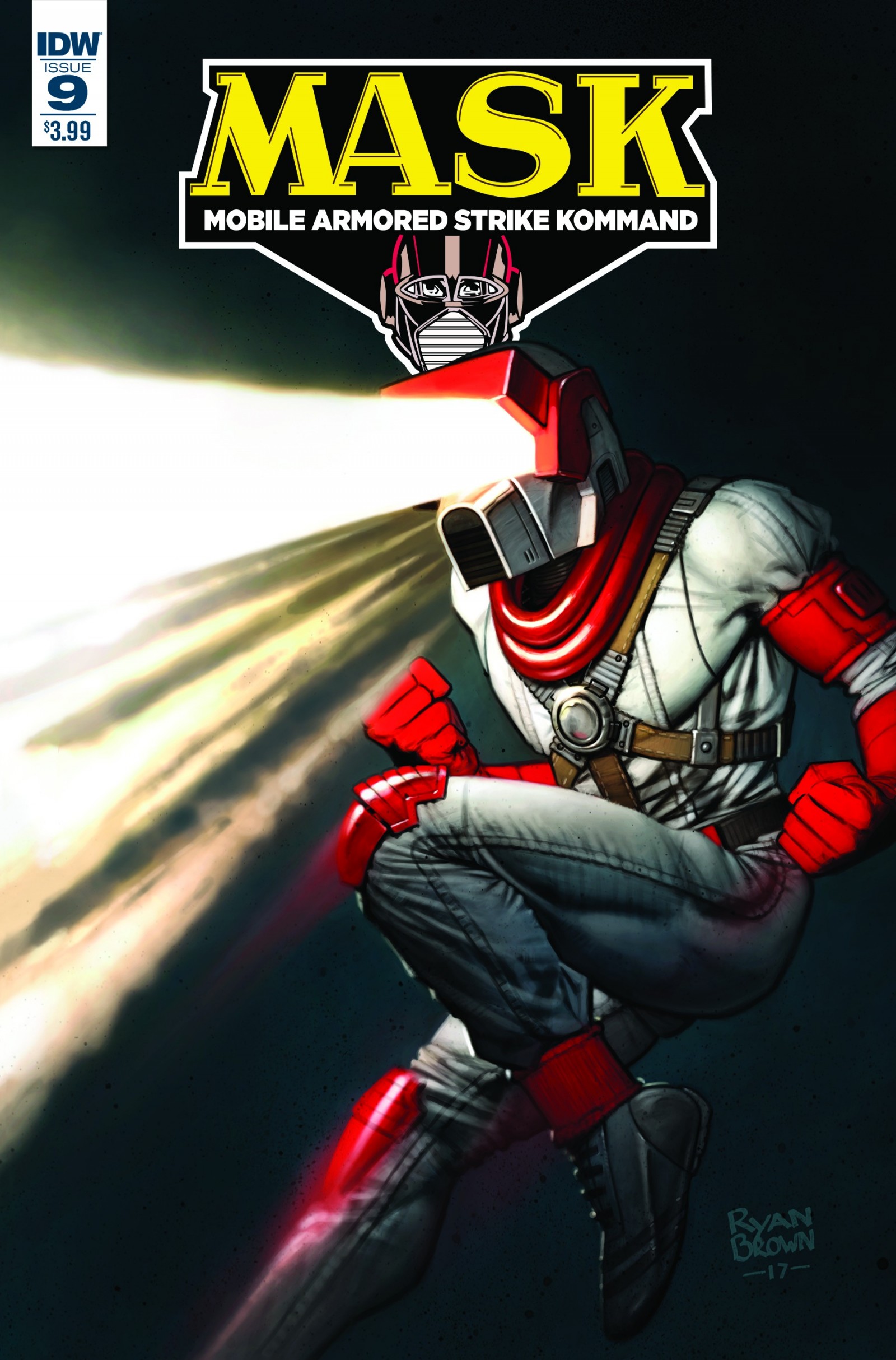 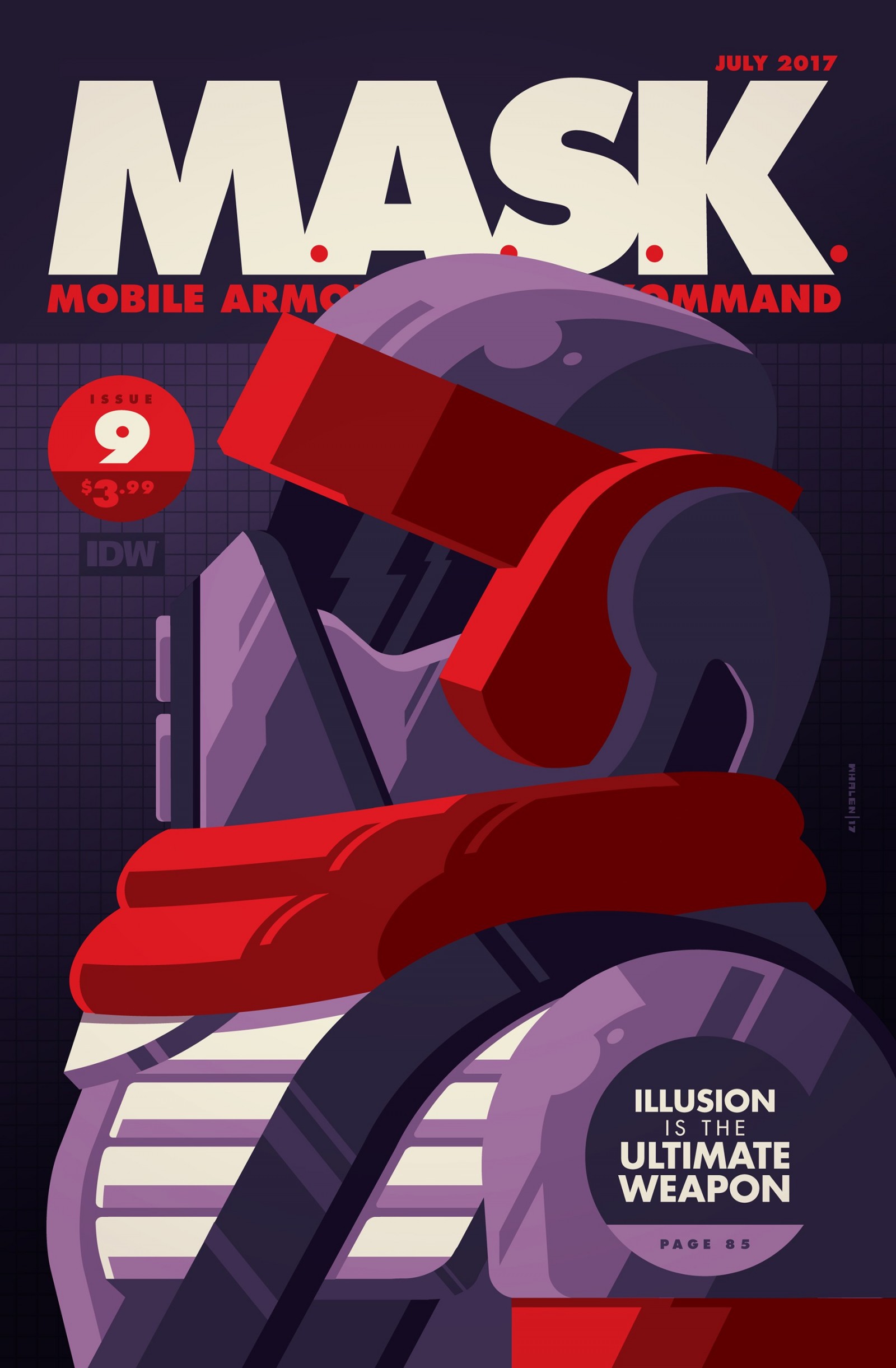 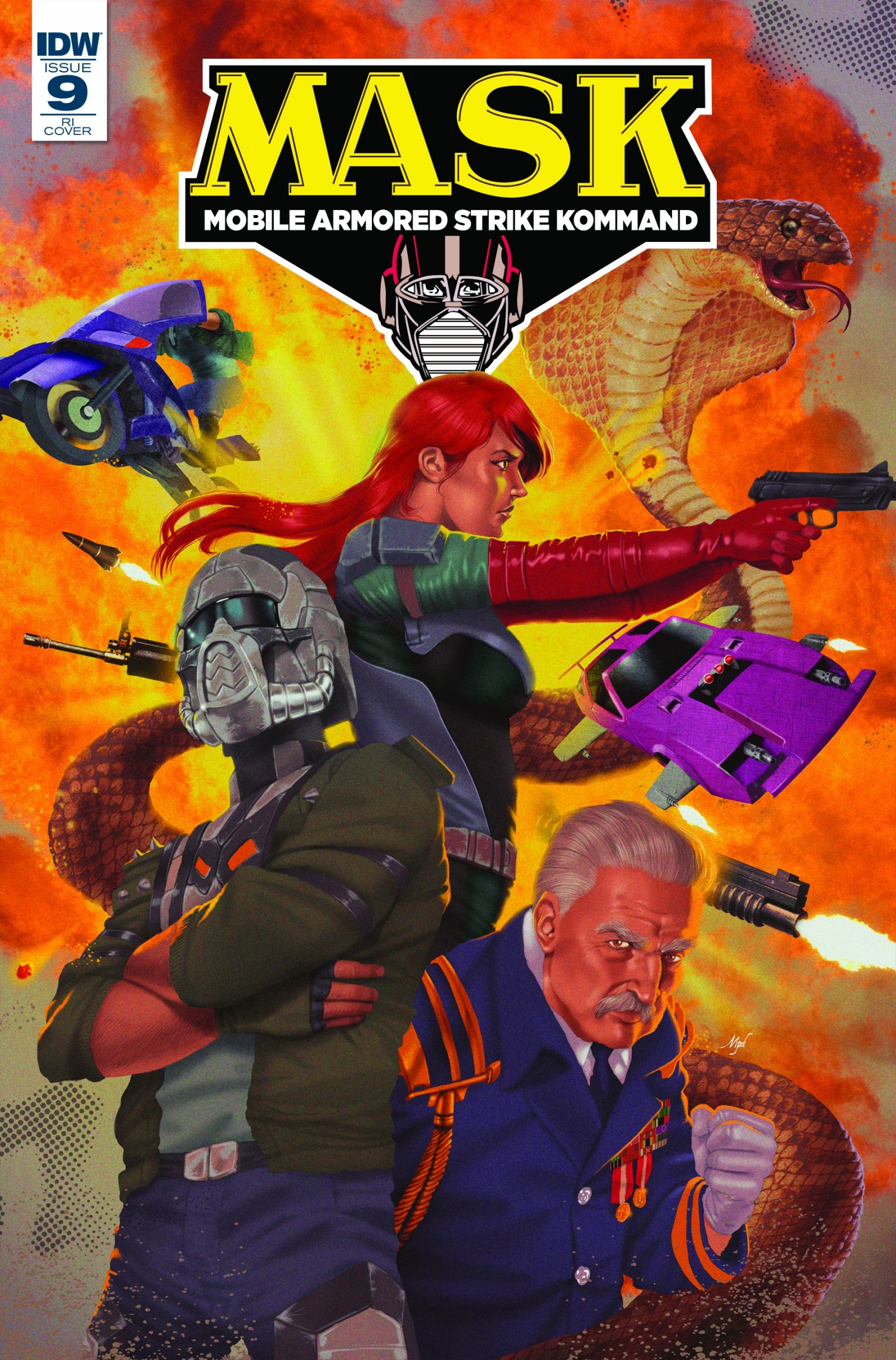 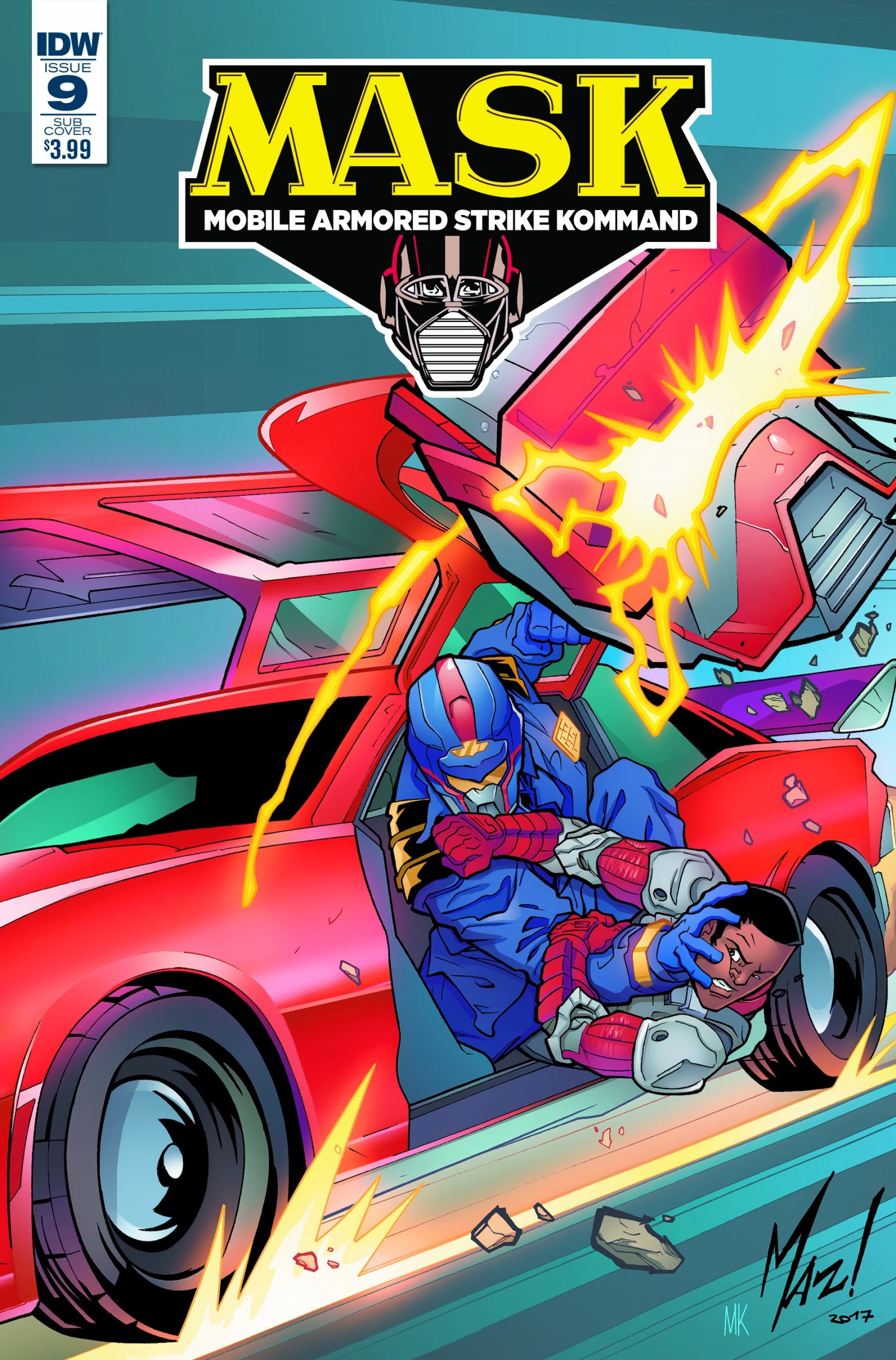 Micronauts: Wrath of Karza #4— Cover A: Alex Ronald
Cullen Bunn & Jimmy Johnston (w) • Andrew Griffith (a) • Alex Ronald (c)
The threat of Karza enerchanged with Micronus Prime has the Earth prepared to bow down before him. Oz and the Micronauts are undaunted though. With the help of the Transformers, Oz thinks they can win. What will become of Acroyear? And what does the arrival of a Time Traveler mean?
FC • 32 pages • $3.99 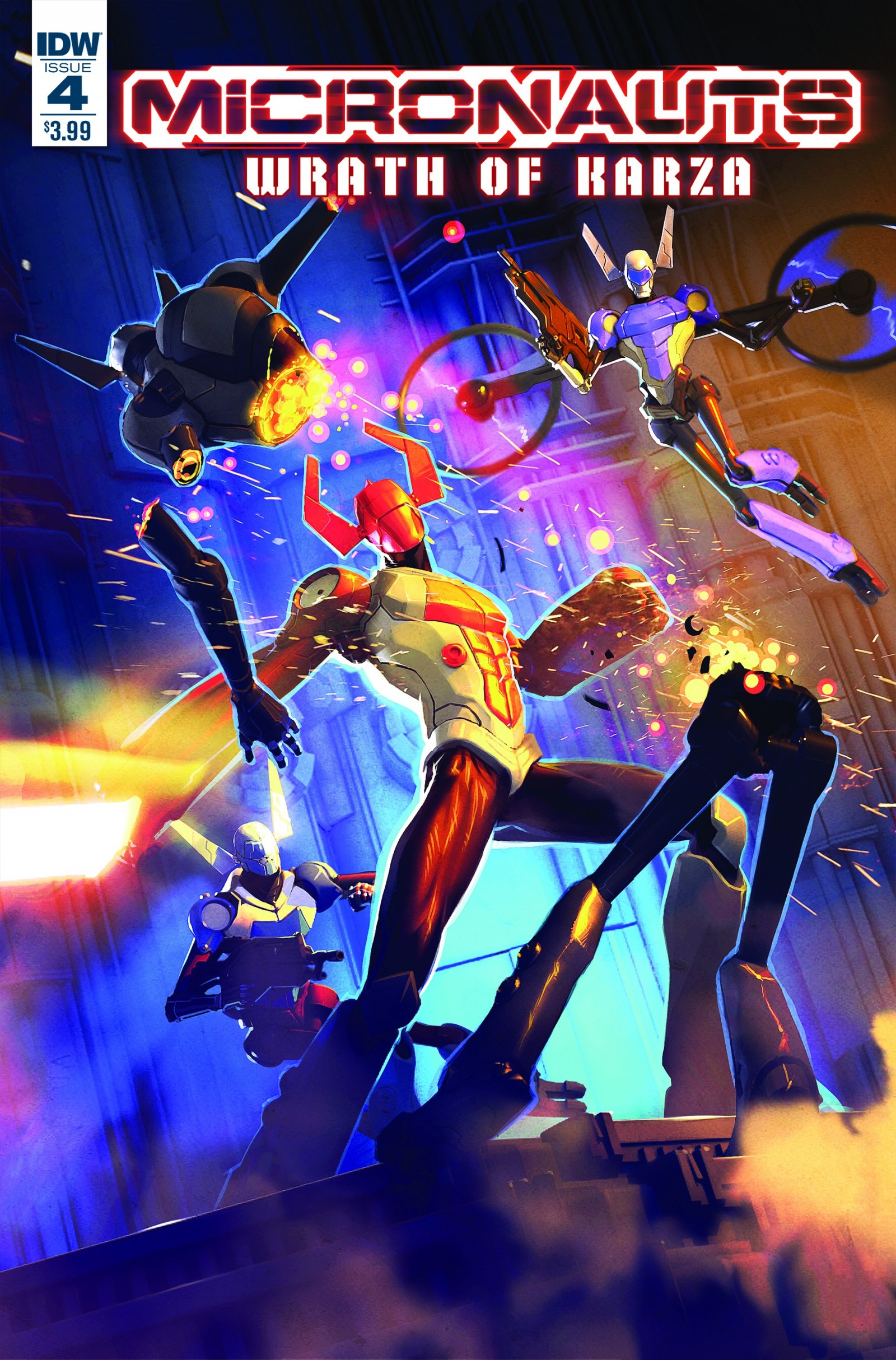 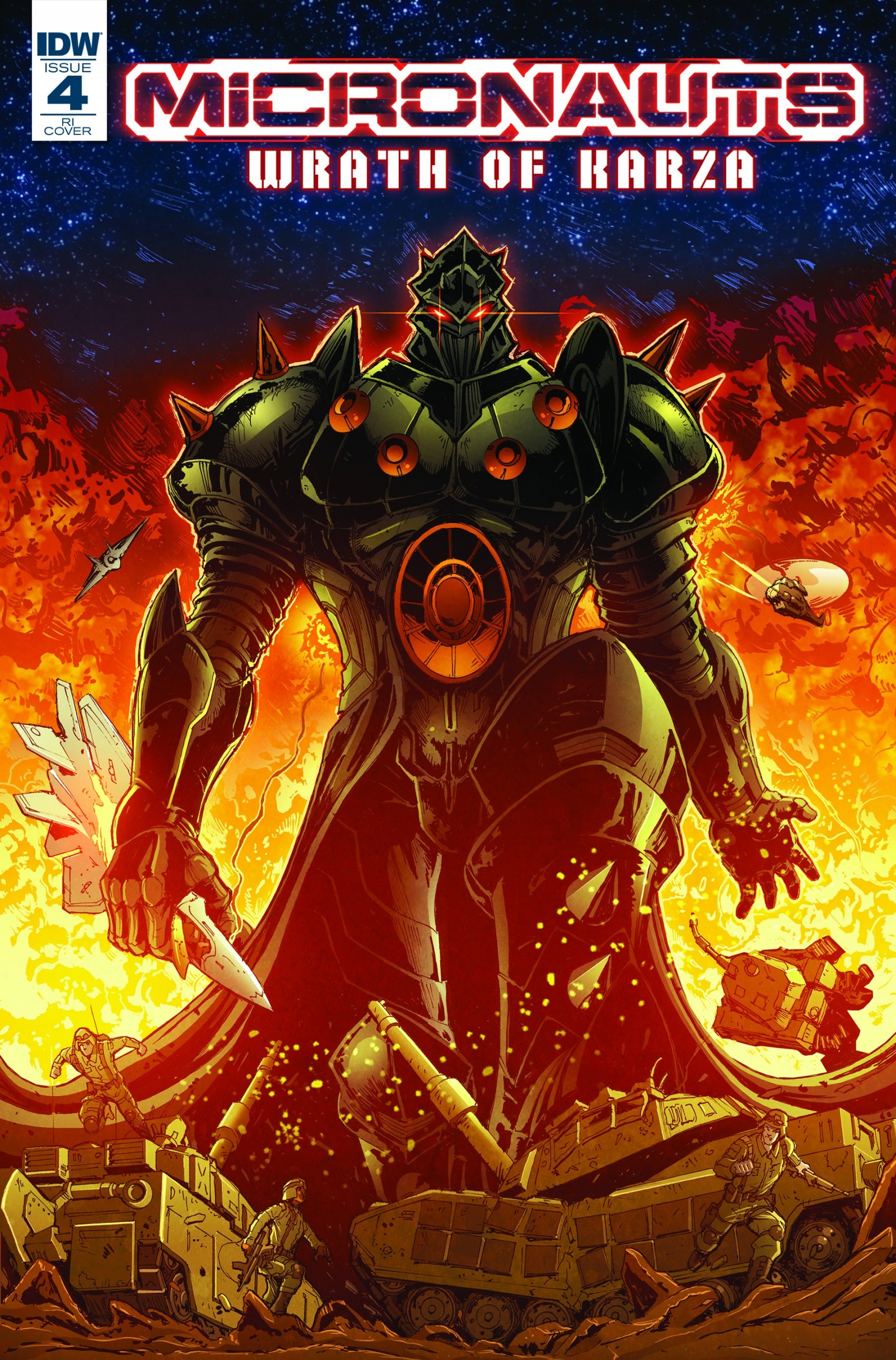 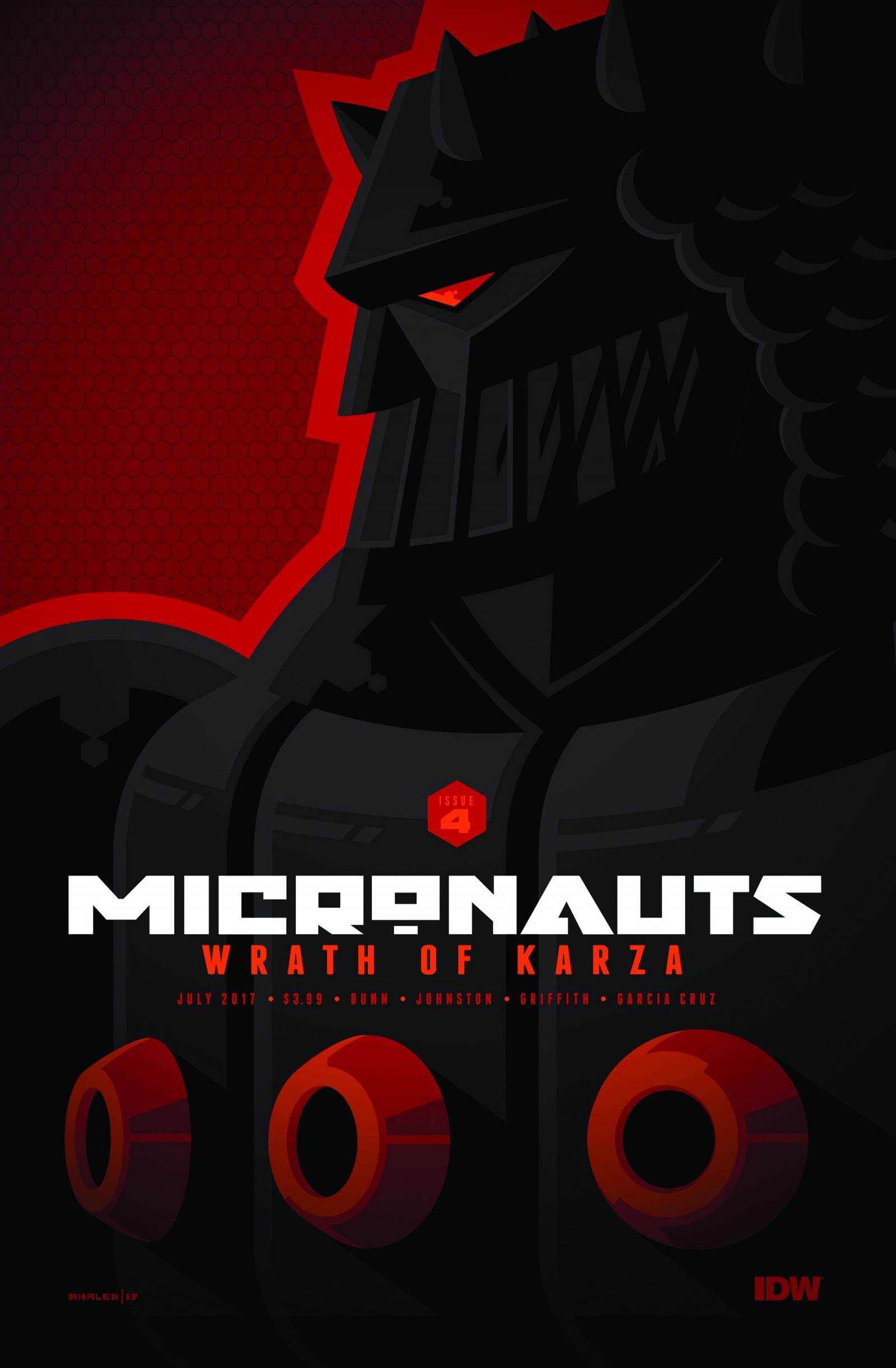 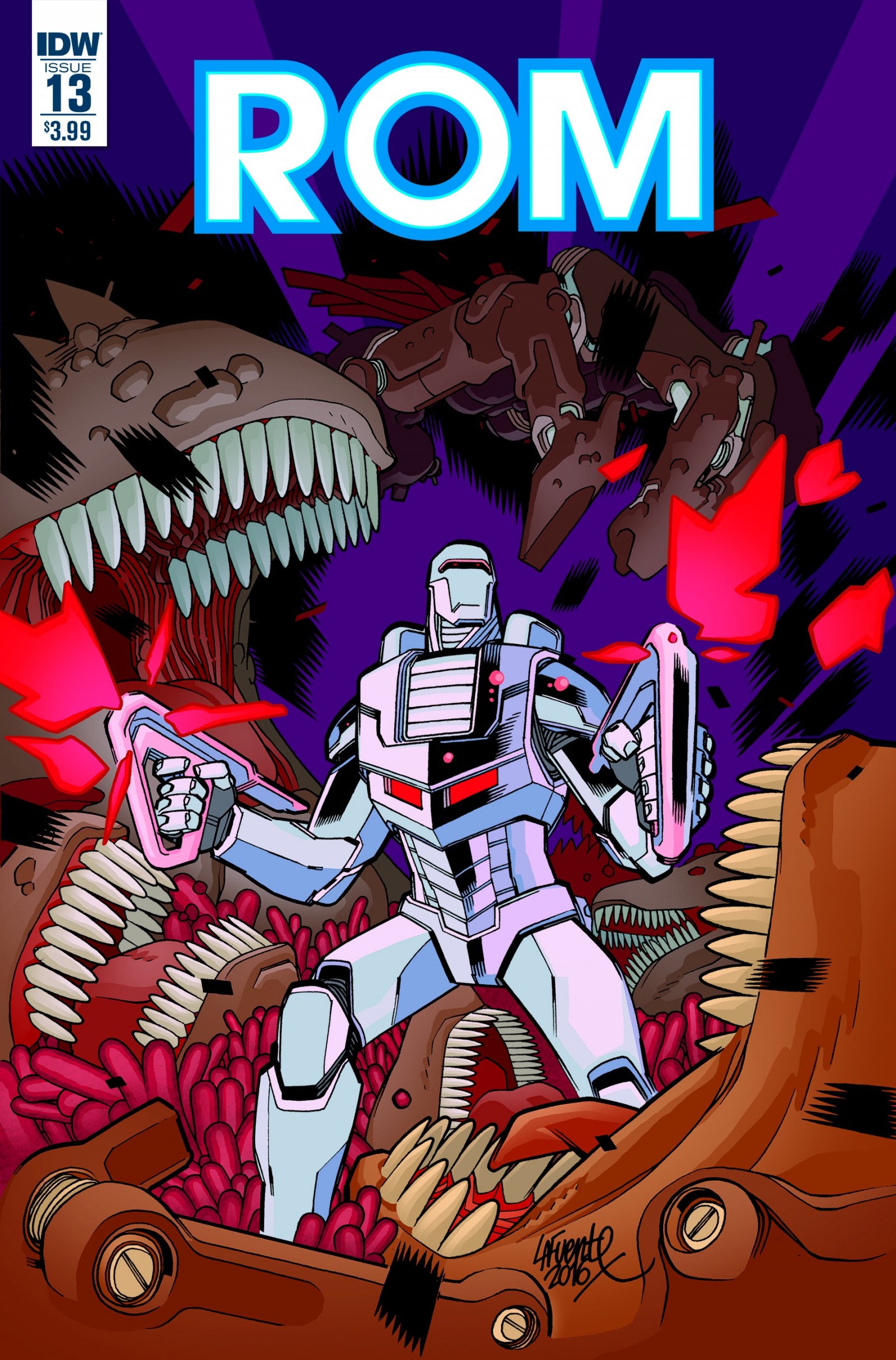 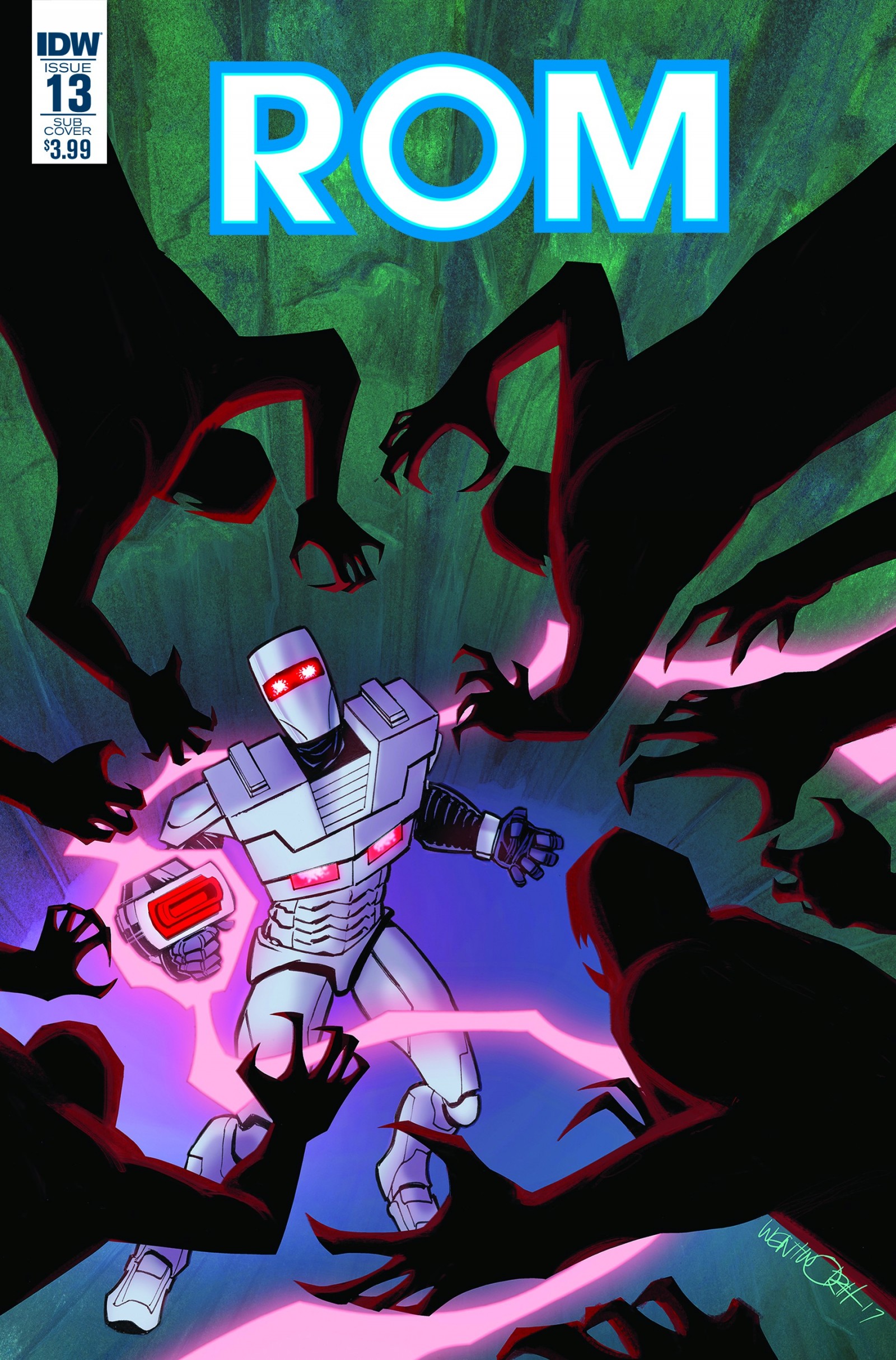 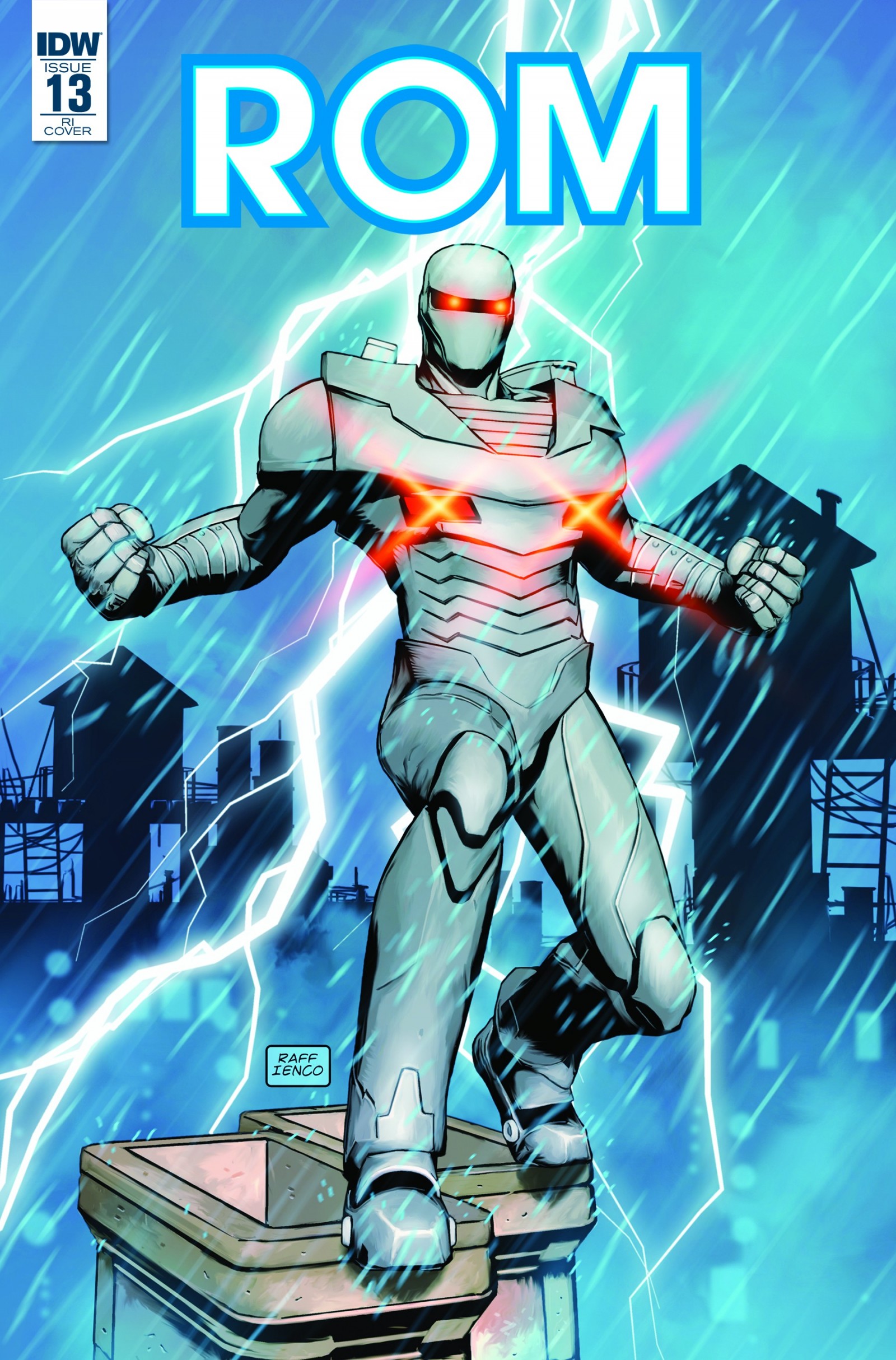 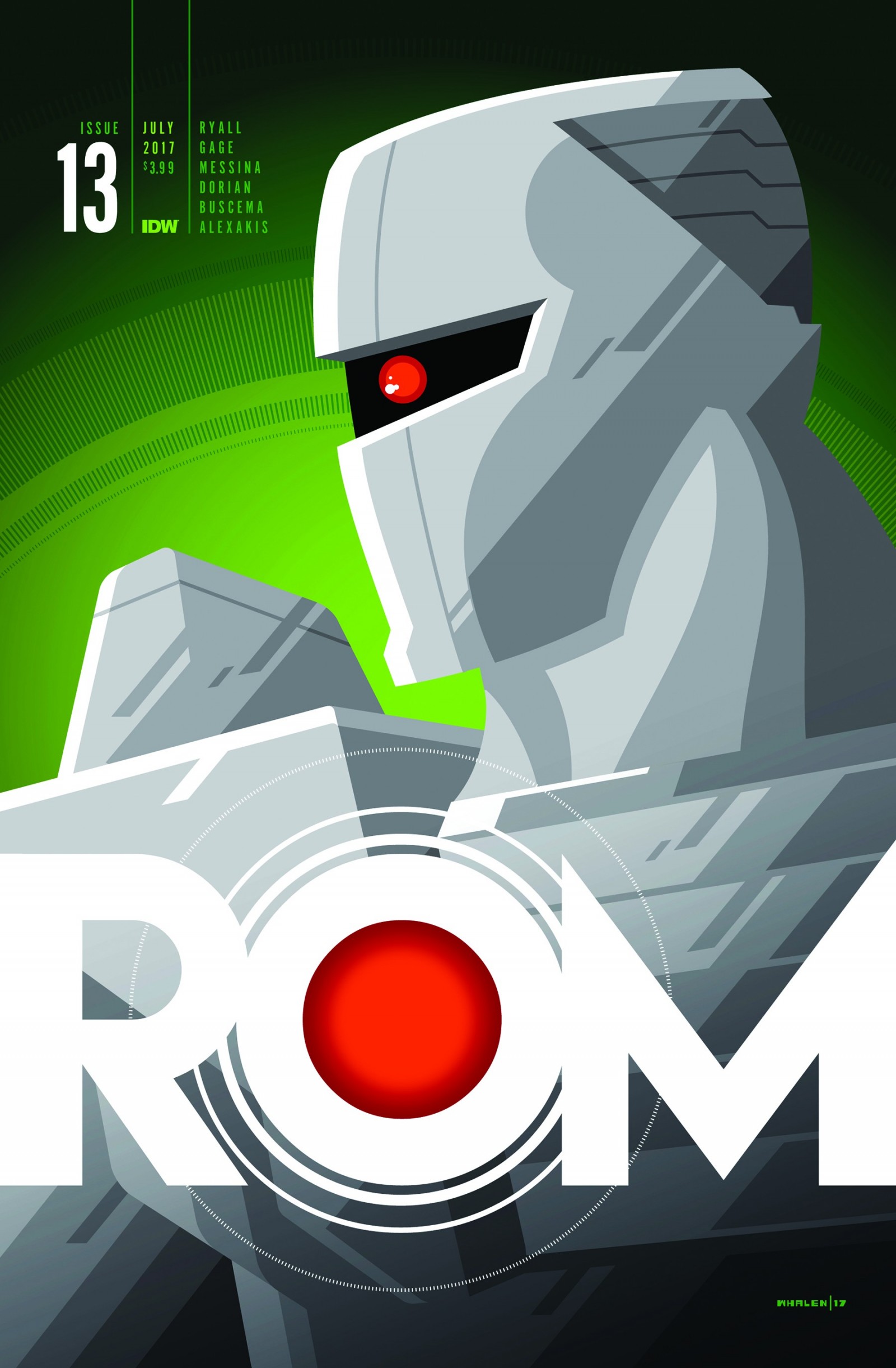 I frikkin' love this cover! Yes Sideswipe is comin' back!

I am super excited for Shining Armor. Highlight of my July at the moment.

So Micronus has been hijacked eh? Oh boy. Can someone catch me up on the Transformers involvement in other books like GI Joe, MASK, and such? I haven't read any of them other than Revolutionaries and I don't really have any desire to read them.
Re: IDW Transformers Comics Solicitations for July 2017 (1875540)
Posted by Va'al on April 19th, 2017 @ 12:37pm CDT

I frikkin' love this cover! Yes Sideswipe is comin' back!

I am super excited for Shining Armor. Highlight of my July at the moment.

So Micronus has been hijacked eh? Oh boy. Can someone catch me up on the Transformers involvement in other books like GI Joe, MASK, and such? I haven't read any of them other than Revolutionaries and I don't really have any desire to read them.

GI Joe: Skywarp is in it. He's a jerk, with reason.

MASK: who knows how it ties in, if at all.

ROM: the ore we saw in the annuals, that helped create the armour, is probably linked to 'Our' Ores. Plus. Dire Wraiths are running around the place.

Bounti76 wrote:While I've loved the stories so far, what IS it with the TAAO covers from #9 on? The Mistress guarding Chromia, Onslaught embracing Blast Off from behind, now Windblade embracing Starscream? They're getting all handsy with each other. It's sort of weird, haha!

Till All Are Mmmmm...


I love them, personally. The private no longer is, it's all about mind games and manipulation (mani=hands in Latin/Italian; think also of how mnemosurgeons use their hands to tinker with minds in IDWverse), and something is most definitely off.
Re: IDW Transformers Comics Solicitations for July 2017 (1875620)
Posted by ricemazter on April 19th, 2017 @ 4:39pm CDT
Canada anyone here tell me if ROM is any good? I'm interested but I don't know if I want to make the investment. I liked the pitch for the original marvel series.

Also, why isn't Optimus Prime at all concerned about the dire wraiths?
Re: IDW Transformers Comics Solicitations for July 2017 (1875670)
Posted by ScottyP on April 19th, 2017 @ 9:06pm CDT
Folks really into Rom seem to love it, and Sal Buscema is going to be actively involved from I think issue 10 or 11 onwards. Apparently, in the world of Rom stuff this is a big deal - I'll take the word for it as I don't know any better

I can't trash the book but I have a hard time saying "go spend money on it". I really did honestly enjoy the Annual (Va'al did not, for the record) but it is unlike the rest of the series thus far.

Put it this way - if you've like what you've seen of Rom in Revolution/etc, the series is more of that but focused in more tightly on not only the book's namesake character but the Wraiths, the threatening nature of them, and it's starting to get into a faction of them that isn't interested in fighting,
like CONS4EVA and Doc Senior in the Joe book. If that sounds up your alley, I know at least the first trade paperback is out, which is the entirety of events that take place before Revolution iirc.
Re: IDW Transformers Comics Solicitations for July 2017 (1895459)
Posted by Va'al on July 10th, 2017 @ 12:26am CDT
We have seen the covers a fair amount of times by now, in previews and such, for July's Lost Light and Optimus Prime Transformers comics, but now IDW Publishing has published their own update on the site to officially round up the Tom Whalen variant covers across all their releases for the month - including the Transformers ongoings! More information and relevant Hasbro Universe images shown below!


Celebrate this summer with special variant covers featuring some of the biggest characters in comics! Check out all of these exciting new covers featuring the incredibly unique and dynamic artwork of the legendary Tom Whalen. Twelves covers in total, with new covers coming every week for the entire month of July, including titles such as: 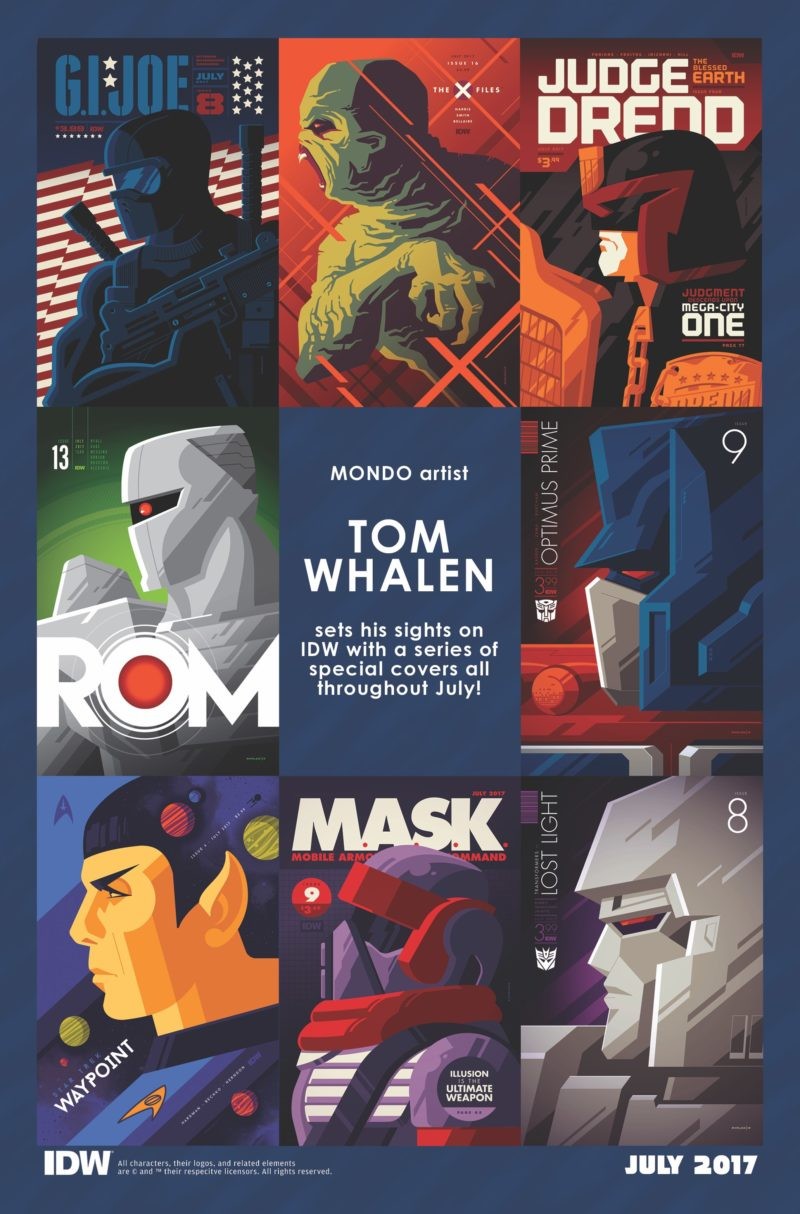 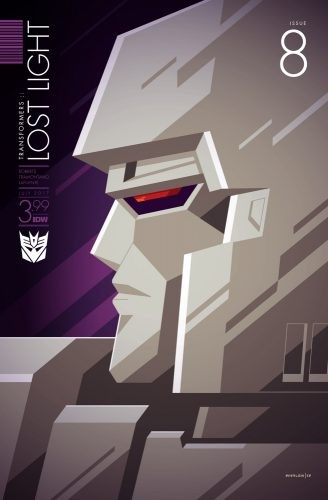 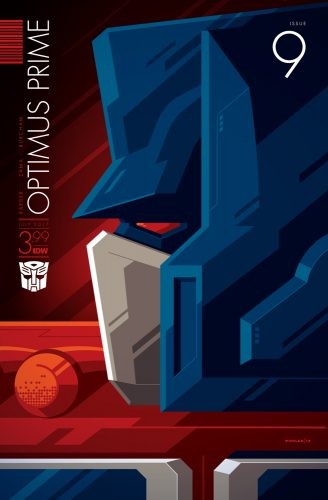 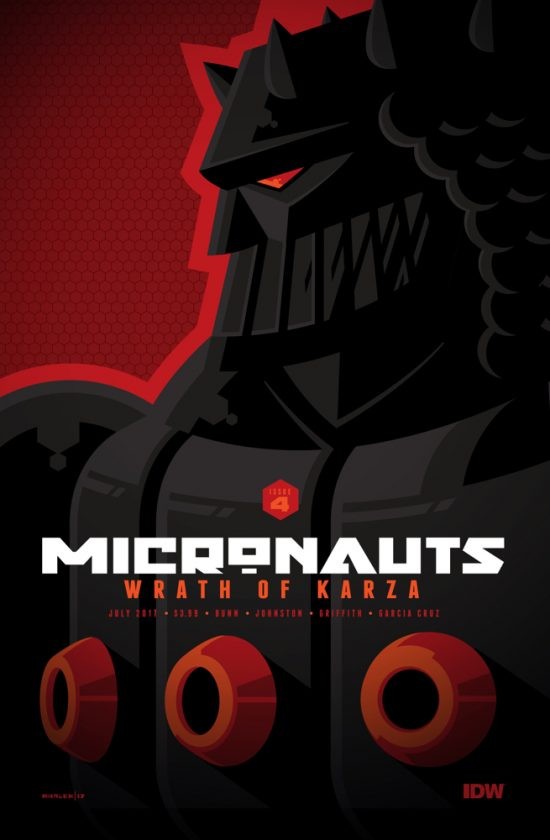 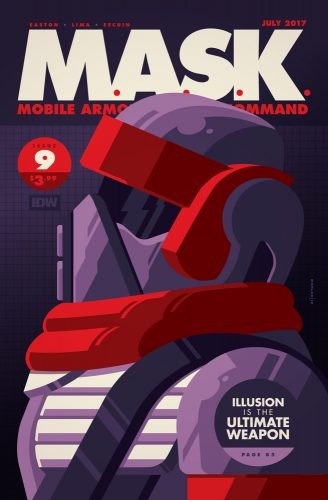 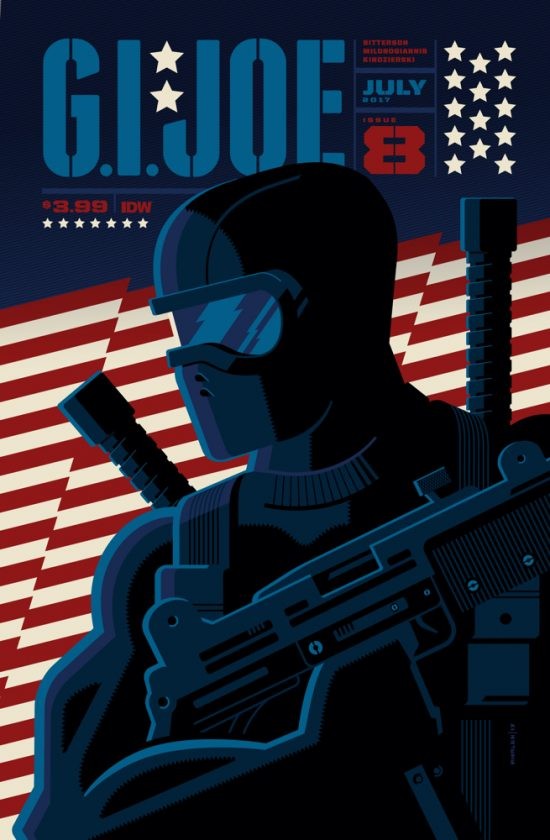 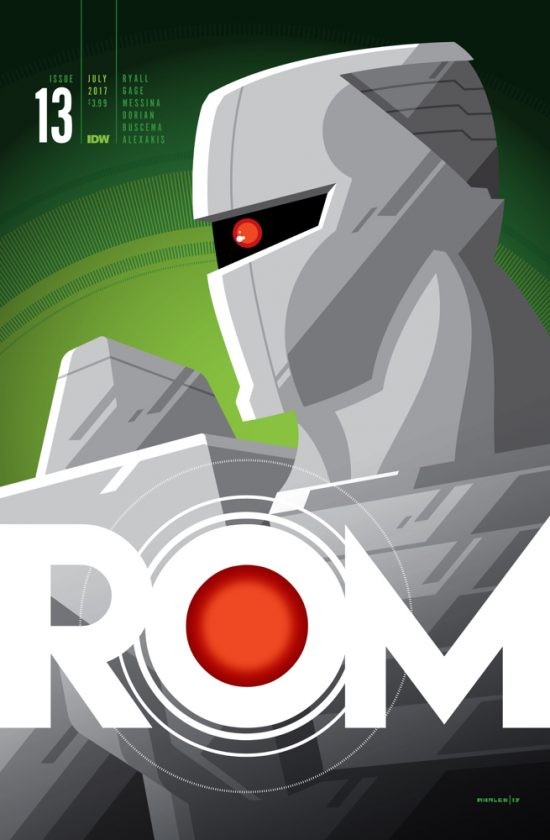