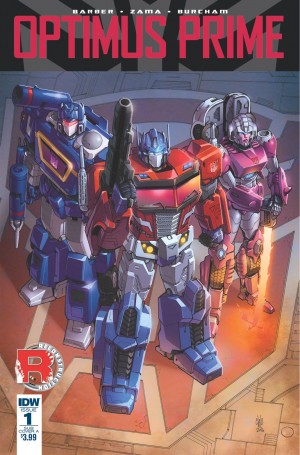 Seibertron.com's ScottyP and Razorclaw0000 were in attendance at the NC Comicon being held today and tomorrow at the Raleigh Convention Center in Raleigh, NC. IDW is a show sponsor and a Transformers panel with Optimus Prime writer John Barber was held this afternoon, with editor David Hedgecock also present. While no major announcements for the IDW Transformers or Hasbro Universes were made today, we do have notes from the Transformers panel where Barber gave some details and teases for the upcoming issues 7 - 10 of Optimus Prime. Plus, we have some bonus coverage notes from the "History of IDW" panel from earlier in the day that featured IDW CEO Ted Adams, Chief Creative Officer Chris Ryall, Steve Niles, David Hedgecock, and Shelly Bond.

Bonus Notes From the "History of IDW" Panel 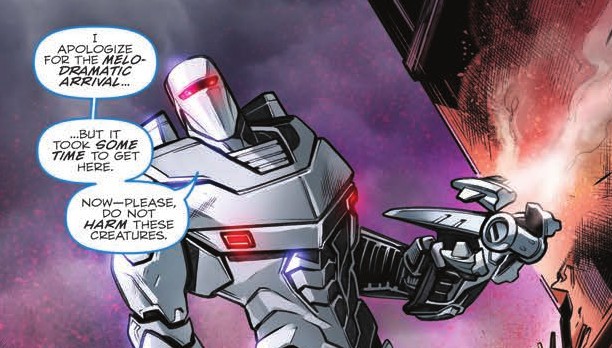 Let us know what you think by replying to this post, and stay tuned within the coming days for more NC Comicon coverage by way of a special upcoming episode of the Twincast / Podcast which will feature very special guests!

Not being allowed to use certain things during TFP's run is also very interesting. I wonder if there's anything they're not allowed to use right now while RID's airing - I know they of course had to change titles.
Re: NC Comicon 2017 - IDW Transformers Panel with Optimus Prime Issues 7 - 10 Teased (1867612)
Posted by ScottyP on March 18th, 2017 @ 4:53pm CDT

Kurona wrote:This is some really interesting stuff; looking forward to the Jazz story! A bunch of one-shots winding down from such a big 6-part story sounds kinda fun.

Not being allowed to use certain things during TFP's run is also very interesting. I wonder if there's anything they're not allowed to use right now while RID's airing - I know they of course had to change titles.

He seemed to briefly consider talking about some more current events like that, but hesitated and elected against it since there are some elements of rejected ideas that are sure to make their way into the books and he didn't want to give anything away. Makes sense but I'm really super curious what it was!
Re: NC Comicon 2017 - IDW Transformers Panel with Optimus Prime Issues 7 - 10 Teased (1867623)
Posted by SG Roadbuster on March 18th, 2017 @ 7:02pm CDT
Issue #10 will be another story about "Barbarian Galvatron" and will be set earlier in the history of this universe than any other stories have been. Livio Ramondelli will handle most of the art for the book (as is typical of flashback stories such as this one) with Kei Zama contributing a framing sequence.

Based on tone and context I think you'll be happy, but that's a guess on my part. He was mum on exactly what Sideswipe's fate will be.