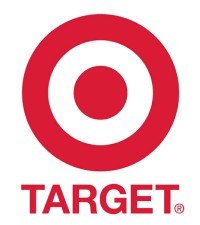 On the fence about Power Core Combiners? Target is offering a sale on the 2-Pack price point this week, bringing the price down to a mere $7. If you haven't decided to give the science and madness a shot, now is the time! You may even find the sublime Wave 2 Leadfoot, Sledge, and Icepick. The PCC 5 pack are going for $15. Not sure if it has been mentioned. In case anyone is interested.

I noticed only one set of Double Clutch w/ Rallybots and one set of Mudslinger with Destructicons during my visit to a local Target. The rest are Aerialbots and Combaticons.
Re: Power Core Combiners - $7 at Target (1136894)
Posted by Hip-Hoptimus Rime on October 17th, 2010 @ 5:44pm CDT
Ooh, I'll buy Leadfoot at that price. I have the others already.

in other news, I lulzed at how horribly mistransformed the two in the ad are.
Re: Power Core Combiners - $7 at Target (1136900)
Posted by Wheeljack35 on October 17th, 2010 @ 6:00pm CDT
The only reason I don't like them is because there scout size
Re: Power Core Combiners - $7 at Target (1136901)
Posted by Cobalt Prime on October 17th, 2010 @ 6:05pm CDT
A nice deal, but I think they're only doing it to get rid of all those Huffers and Searchlights they overstocked on. Don't think for a second that they'll put wave 2 on the shelves while this sale is in effect. I have access to five Targets locally and never found anything beyond wave one at any of them. I ended up purchasing all my wave 2 sets at Meijers and Y'All-Marts.
Re: Power Core Combiners - $7 at Target (1136902)
Posted by Megazarak on October 17th, 2010 @ 6:06pm CDT
I got myself all of the Wave 1 figures recently and I really like them all. One of the only problems was the little armoured car drone with Bombshock that kept coming off the peg, but that was easily remedied by a bit of superglue (since it was the drone with the problem, I put just a bit of glue where it should hold the peg in the inside of the car, and it's now tight enough to stay solidly on). If you're skeptical about these guys I would urge you to pick up at least one of them just to see if you like them. My personal favourite of wave 1 (of the 2-packs) is Smolder, who looks good and comes with a really cool mini-con. At this price, even if you end up not liking them, it would not be a big deal. Who knows though, you may even become a fan of PCCs if you give them a chance.

Yeah, I like how the photographers put his combined-head up. Reminds me of an ad in the G2 days that had blue Silverbolt and yellow Onslaught with Superion and Bruticus heads and all the other gestalt kibble attached, but none of their minions because only the leaders were on sale, and someone missed the point. I can't remember what store; wish I'd saved it.

Targets are normally the first to get TFs anywhere near Detroit, but I too have only seen the Rallybots and Destrons at Smiley-Mart, and the defensive ring of Meijers-es that had been keeping them out...until a virus began killing all of our good malls and the parasitic Walton-virus began taking root on their carcasses. *sniff* I think Wonderland mall was where I first saw TFTM too.

Yeah, I know Walmart isn't technically more evil than any other chain store, if you're non-union. I just don't like them.

I just paid full price to replace my broken Smolder this afternoon.
Re: Power Core Combiners - $7 at Target (1136921)
Posted by OptiMagnus on October 17th, 2010 @ 6:58pm CDT
Wow this is great! I want the refreshed version of Huffer, and I hope I can get my first five pack when the go on sale.
Also, if you're not sure whether you want a PCC or not, go ahead and get yourself a two-pack. You won't regret it. Much better than getting a single scout figure in my opinion. The scouts just don't appeal to me.
Re: Power Core Combiners - $7 at Target (1136982)
Posted by Sideswipe 00 on October 17th, 2010 @ 10:10pm CDT
I totally forgot which is the Huffer variant? the orange hood or the non orange hood? but anyways picking up my favorites though tomorrow

OptiMagnus10 wrote:Wow this is great! I want the refreshed version of Huffer, and I hope I can get my first five pack when the go on sale.
Also, if you're not sure whether you want a PCC or not, go ahead and get yourself a two-pack. You won't regret it. Much better than getting a single scout figure in my opinion. The scouts just don't appeal to me.

5-packs are on sale for $15 at Target and Walmart as well. (at least at mine)

I'm really liking these. I liked the commander + minicon figs, but I finally bought a couple of the 5 packs, since they were on sale, and they are FUN.

My son and I rip them apart and recreate then in different configurations.

Sideswipe 00 wrote:I totally forgot which is the Huffer variant? the orange hood or the non orange hood? but anyways picking up my favorites though tomorrow

The yellow hood is the new variant. We assume that the miscolored solid orange was a design flaw that was soon fixed. So make sure you look at Huffer's back to make sure it is the version you want before you buy.
Re: Power Core Combiners - $7 at Target (1137179)
Posted by grimdragon2001 on October 18th, 2010 @ 2:37pm CDT
still only wave 1 pccs are at my local target