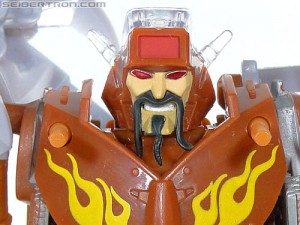 
Top 5 Best robo beards in all of Transformers history

This is for both toys and fiction. How robot beards even exist on robotic beings is something only the oracle knows, but I do know this: they are magnificent. They appeared on the television show first but eventually found their way to the toys too. So, who's got the best beard in the business? Read below to find out (ok, I admit, number one is OBVIOUS).

5. Wreck-Gar
I am so impressed just how faithful a goatee Wreck-Gar's CHUG toy was given. The beard itself is not as impressive as others on this list but what it lacks in volume it makes up in style. And the fact that it was replicated perfectly in toy form makes it an easy pick to start off this list. 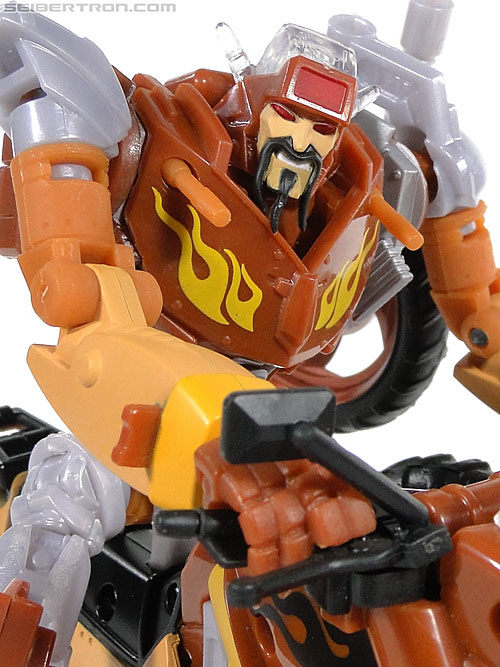 4. Unicron
Unicron's beard is more subtle than others since it seems carved into his face instead of being a form of appendage. However, it is still there and adds to his image of a remnant from a distant past. And it's Unicron, so that makes it easily the biggest robo beard of all Transformers fiction (or is Marvel Comics' Primus' beard bigger? Comment in the forums!)

This toy came out of nowhere. Thunderton was never in the Prime show and is not a reimagining of any other character in the long history of the Transformers brand. He also isn't an autobot or a decepticon which makes his release as part of the Prime Robots in Disguise line one of the oddest inclusions of all time. But man am I happy he exists. My puzzlement over his inclusion in the line and his origin (since Alex Irvine, the writer of the only piece of fiction this character appears in, did not create him) is totally discarded by my awe of his beard. This is BY FAAAAAR the longest and most detailed beard on any Transformers Toy ever. Hence why it is so sad that the way the toy is made, a good portion of his beard is hidden by a high collar/chest.

The movie design of Hound's beard was one of the best things in age of extinction. It was made up of bullet shells, shrapnel and scrap metal, and you could see it flow in all it's glory. While the toy's beard was done on a smaller scale, not all details could make it in there. However, the fact that it was made of a soft PVC plastic meant you could run your fingers through it. Playable beards are a win in my book.

Of course this is number one, would anyone have it any other way? Not only is he one of the first (if not the first) robo beard we ever witnessed in Transformers history, but this beard is glorious and has its own evolution. Shows featuring flashbacks use Alpha Trion's facial hair to help the audience locate themselves in time and know what happens before what, which is a pretty big deal when the war you are watching spans millennia. His aging beard also means that Transformers age physically, which is a pretty cool notion all on its own.

Honourable mentions: I guess maybe Sentinel Prime from DOTM, maybe? That Spock line still makes my stomach churn whenever I think of it being used in that movie and context, and I am not even a trekkie (born in 88). To lighten things up, here's another beard that needs some mentioning. 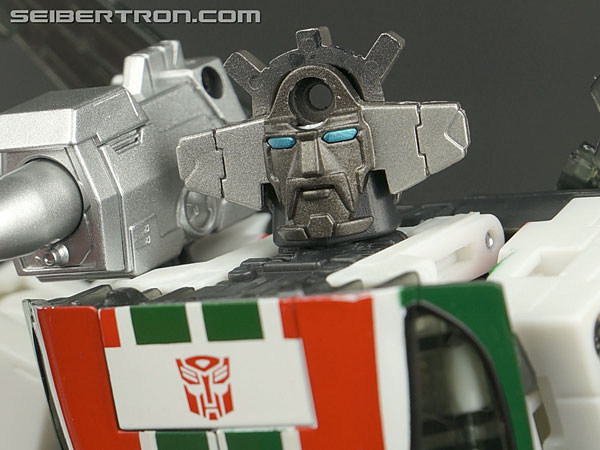 In all honesty im suprised you left out G1 Scourge. Other than Alpha Trion, we had never seen a beard on the G1 cartoon before the 1986 movie. Seeing beards used on non-elder characters was a first. And I think scourge was the biggest shocker because you saw his beard first. Later on in the movie you saw the quints, wreck gar, and finally unicorn and realized beards were the norm. But when you first saw Scourge get reformatted from Bombshell, you were like WTF why does he have a beard ? That was a pretty odd moment but cool none the less.

Honorable mention goes to DOTM Leadfoot. The beard along with the bald head, visor shades, and what appeared to be a medallion on his upper chest was a blatant homage to Miami rapper Rick Ross. Gotta love Michael Bay for that one.
Re: Top 5 Best Transformers Beards (1642676)
Posted by Syn_13 on January 24th, 2015 @ 12:10pm CST
Yeah, surprised at the lack of Scourge too, he's got some great facial hair going on.

YRQRM0 wrote:I've never even thought of Unicron's face as having facial hair...

That would be a really really pronounced chin!

no Rhinox? And what about shattered glass Rodimus.

5) Unicron. Yes I'm putting the god of chaos here. It's just not that fearsome. It's the horns that make him more menacing. It's just like he stuck some metal on there to get into a beard only event at a robot club

4)Rhinox. The first beard rendered in 3D in the transformers franchise. And it was the beard of a mighty warrior with a gatling cannon shame then that he never got any of the shiny upgrades in the show that most of the rest of the characters got.

3) Alpha Trion. As William points out this was proof that the bots can age. In truth him and the next ones are all awesome to me but putting them as a joint 1 would seem like a cop out so A3 is at number 3.

1. Shattered Glass Rodimus. Evil characters never seem complete without a moustache to twirl and what goes with a moustache then a beard.

There is also a fair few characters I think would just be more awesome with a great big bushy beard like grimlock and warpath.
Re: Top 5 Best Transformers Beards (1642725)
Posted by shajaki on January 24th, 2015 @ 4:44pm CST
as far as the toys go, id have given the top spot united/RTS wreck-gar. style goes a long way for me

william-james88 wrote:And it's Unicron, so that makes it easily the biggest robo beard of all Transformers fiction (or is Marvel Comics' Primus' beard bigger?

Rated X wrote:In all honesty im suprised you left out G1 Scourge. Other than Alpha Trion, we had never seen a beard on the G1 cartoon before the 1986 movie. Seeing beards used on non-elder characters was a first. And I think scourge was the biggest shocker because you saw his beard first.


Funny you should mention that, because I too think of Scourge's beard as "first", but because he had the first toy with distinct facial hair. That is, he and Wheelie were the two TF:TM toys I got for my 7th birthday in '86, prior to seeing the Movie, leaving me to wonder where this dramatic but awesome departure from prior TF style was coming from. Add in his shellformerness allowing for unprecedentedly awesome torso and arm sculpting, and the whole Blue-Manchu-vian package made a HUGE impression on me, well before the Movie told me who he was, or that I'd want half a dozen of him.
Re: Top 5 Best Transformers Beards (1642765)
Posted by Tsutsukakushi on January 24th, 2015 @ 8:03pm CST
5. DOTM Sentinel Prime
4. ROTF Jetfire
3. G1 Scourge
2. Alpha Trion
1. Unicron
Re: Top 5 Best Transformers Beards (1642769)
Posted by Optimizzy on January 24th, 2015 @ 8:20pm CST
I think 5 is too limiting. Left out too much awesome like scourge. His beard beats out Wreck-gars IMHO.

william-james88 wrote:And it's Unicron, so that makes it easily the biggest robo beard of all Transformers fiction (or is Marvel Comics' Primus' beard bigger?

Somehow I missed this the 1st time. Primus doesn't have a beard in the comics.

william-james88 wrote:My puzzlement over his inclusion in the line and his origin (since Alex Irvine, the writer of the only piece of fiction this cahracter appears in, did not create him)

He was also in the Retribution novel, which was thankfully not written by Irvine.
Click here to view additional comments about this topic at the Energon Pub Forums ...