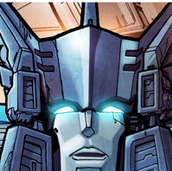 I know I can wait to buy the new generations blurr after reading this I can act out this scene at home when I get him maybe have him stand next to my cybertron Blurr or have him fight cybetron Skywarp
Re: Transformers Mosaic: "Guilty Trip" (1125122)
Posted by zenosaurus_x on September 15th, 2010 @ 6:02pm CDT
Woah, the artwork on this one's really...awesome!
Springer leading a team...Wreckers maybe, on second thought...who else?
They're pretty cool....
Re: Transformers Mosaic: "Guilty Trip" (1125139)
Posted by Mindmaster on September 15th, 2010 @ 6:59pm CDT
I do love a Hot Rod- Dealer/Doubledealer story once in a while.

Keep up the good work!