From Italian agency Phasar, we have news of a new book that fleshes out some more of the weird history of toys released in Italy pre-dating the anglophone world's arrival onto the scene: the Ferrareses' Dieci Anni nel Paese delle Meraviglie ('Ten Years in Wonderland'). If you don't know of the various claims to fame from different companies as to 'who had Transformers first', if you think the whole thing was hilarious, if you just want to find out more - and if you can read Italian - this is probably the book for you! Check out the blurb and its English translation (from yours truly) below, including the salty contents about Hasbro.

A book that follows the path that led to the creation of adverts for the GIG toys, during 1976-86: the human and professional experience of Alberto Ferrarese, owner and associate of the Florence-based Phasar agency; anecdotes, memories and backstage stories on the main players of the time and the birth of the various advertising campaigns; all the images from the TV spots and the weekly Topolino [Mickey Mouse] appearances of the more important and famous GIG products.

• Micronauts, GIG and Jeeg Robot: winning correlations and associations.
• The never-seen-before story behind the creation of the magnetic green and red Micronauts (Green Baron and King Atlas).
• From Micronauts to Diaclone and Trasformer [not a typo!]: the evolution of the notion of 'transformation'.
• Trasformer: the origin of the toyline's name and why it wasn't GIG who copied Hasbro. 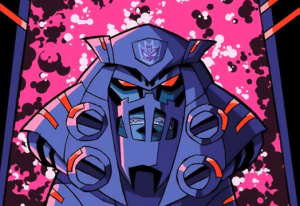 Fellow Seibertronians, we have some extremely exciting news for Animated fans tonight! In very early anticipation of the tenth anniversary of Transformers Animated next year, the upcoming October/November issue of the Transformers Collectors' Club magazine is set to feature the unfortunately cancelled Season 4 in it's limelight! This feature includes a look at Character Concepts and Plot-lines that would have happened in Season 4, but most excitedly of all, the issue will feature a brand new Transformers Animated comic written by Derrick J. Wyatt - who was the art director, lead character designer, and a color stylist on the cartoon - and with art by Josh Perez, whose recent work includes IDW's Robots in Disguise/Transformers and Dark Cybertron. This news comes directly from board user TF_JW of TFCC, whose post can be seen below! Join us in the Energon Pub Forums to tell us what you think!


TF_JW wrote:The TCC is celebrating the tenth anniversary of Transformers Animated a little early with an issue dedicated to the series. Including a look at some of the conceptualized characters and plot lines that would have been in Season 4. Also a new Transformers Animated comic strip written by Derrick J. Wyatt with art by Josh Perez. 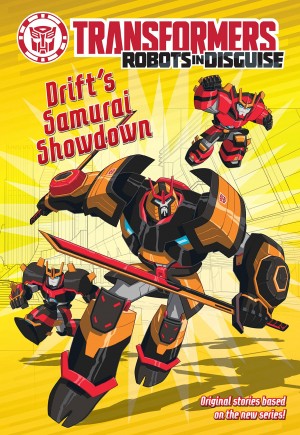 Fellow Seibertronians, Thanks to Amazon.com we now have updates for several new books to be coming out in the latter half of the year. These books are listed below, along with the general information regarding their content.


Transformers Rescue Bots: Meet Blurr (Passport to Reading Level 1)
Paperback – September 6, 2016
Meet Blurr! This Bot turns into a race car. Blurr isn’t sure if he wants to be a hero or a Rescue Bot, but Cody believes in him. Does he have what it takes?

A brand new leveled reader based on Transformers Rescue Bots! Join Heatwave, Boulder, Blades, and Chase as they roll out to help the island of Griffin Rock.

Join Bee and his new Autobots as they battle some of Cybertron’s most dangerous Decepticons in Bumblebee Versus Scuzzard. Then, meet a sword-wielding bounty hunter and his mysterious Mini-Cons as they prove themselves friend or foe in Drift’s Samurai Showdown. Finally, travel to the Realm of the Primes where Optimus Prime must fight against an invisible and sinister opponent in The Trials of Optimus Prime.

Roll to rescue with this 9×9 storybook collection based on the hit TV show!

This storybook bind-up features SEVEN amazing Rescue Bots stories, including: The Mystery of the Pirate Bell, Return of the Dinobot, The Ghosts of Griffin Rock, Land Before Prime, Blast Off!, Attack of the Movie Monsters!, and Dangerous Rescue.

Meet the Transformers: Rescue Bots with this reader boxset collection!

When the prison ship, Alchemor, crash lands on Earth, hundreds of Decepticons escape. Now, it’s up Bumblebee and his new team of Autobots to hunt and capture the escaped bad guys. Learn all about your favorite Robots in Disguise heroes, friends, foes, and more in this exciting book.

This action packed book will introduce you to your favorite Robots in Disguise! Packed full of secrets, stats, and histories, you can learn all about the best heroes and the worst villains here!

Mark Bellomo, who has officially worked for Hasbro and IDW - for the latter, he edits and annotates the reprints and collections of the Marvel US Classics comics - has also released a number of book to do with the toy collecting side of the Transformers fandom. Most recently, he has prepared The Ultimate Guide to Vintage Transformers Action Figures Paperback, which is due this July 5, and can be pre-ordered on Amazon.com. If vintage toys are your thing, and you'd like the opinion of a long-standing collector on some of the earlier robots, this might just be your cup of Energon tea!

Courtesy of Seibertronian Fenrir72 and and Twitter user Herakuwa we have some new images of (deep breath, this is a mouthful) Million Publishing/Hero-X Exclusives TAV VS SP (Transformers Adventure VS Special) Dogfight VS Runamuck! Firstly is a new promotional image from TakaraTomy themselves of the Legends sized pair, who are mailaways for the next Japanese Transformers Generations book. And while on the topic of said book, we can now see the inked and colored cover along with what could very well be the packaging artwork for Dogfight and Runamuck. See the enticing new pics below, and stay tuned to Seibertron.com: home for the best Galleries and Conversation around!