"Let me tell you a story kid, a story that happened so many cycles ago there's only a few of us left that even remember".

"There was a bar, even after the war broke out, it remained neutral. Both sides would set aside their differences just to knock back a few."

"Met a few 'Cons there ... could have called them friends if we weren't at war"

"I remember one Autobot, he and I ... we would often drink together. We could have been best friends if it wasn't for the war".

"But this isn't a story about old friends."

"It's a story about a bar ... a barkeep ... and how both sides of the war made a terrible mistake which lead to a break in the war to remember ..."


And so begins the Silent Night.

Starting today begins the latest in the history of HMW Tournaments, The Silent Night.

The HMW Staff have put together, for you, the playing public, a tournament with a couple of different games, backed up by not one, but two stories.

Our first story will be tournament driven and involves both Autobots and Decepticons racing to obtain technology that could change the war.

Our second story will be told out over a number of days, it's a story told from the future about the past.

The HMW Staff encourage as many of you that are active HMW players to join in, and if you're not an active HMW player, then we hope you enjoy our stories we've put together for you. Everyone is of course welcome to join us for smack talk, feedback, or just a bit of insanity in the Silent Night banter thread 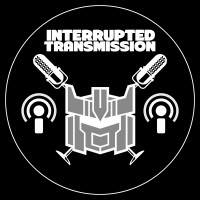 IT'S SATURDAY NIGHT, DO YOU KNOW WHERE YOUR CLONES ARE?

"I'm baaaaaaaaaaaaaaack!"
"Don't you mean we're back?"
"This is my show, you were always just a guest"

PRESENT, THE RETURN OF SEIBERTRON.COM'S HOTTEST LATE NIGHT TALK SHOW
"Yeah so hot it got cancelled after two episodes"
"That'll teach me for having an uncharasmatic bore like you for a guest"

"Yes, that's right, we've sent the midget off to the farm and taken over!"
"Clones superior, midgets inferior"
"HAHA ... you're alright Sounders. But seriously, Psychout's away so we've hijacked the WarPornNewsNetwork©® to bring you this special offer."

"Is your neural scanner out of date? The answer is of course, yes. Like all good technology it was out of date the moment it was installed. But don't worry, we here at Late Night with Mini-Maximus Prime have received word from both Autobot and Decepticon camps"

"Both camps? You were stealing underwear again weren't you?"

"... shut up Sounders ... where was I? Oh yes, word from both Autobot and Decepticon camps"

"No i'm sorry but we really need to talk about this. Dynamax bought me g-string for our wedding anniversary!"

"... both camps that the latest upgrades are available, before deployment into Decahex, but will only be available up to Monday 19th December. No upgrade means no deployment. No deployment means you're going to miss out on a lot of carnage!"

"He said I looked sexy in it"

"If you want in on the carnage, then remember to sign up before the closing date!"
...
...
...
"What do you mean there's a really ticked off Zombie in the production booth? Sounders? Didn't you say this hack of yours couldn't be stopped or traced?"
"Shouldn't have stolen my underwe***********"
/END TRANSMISSION 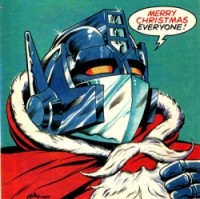 making a profit out of a crisis.

- And I'm the other one. Tonight we bring you a special report on Decahex, and the increasing levels of violence in the region that may or may not be as a result of the collapse of Cybertrons last remaining energon mine. We now pass you over to Hazard, our expendable reporter who we only send to the really dangerous places:

did I do to deserve this? Last time I sign anything Psychout tells me t-*Gah! That was close!* What?? Oh, I'm here on the outskirts of Decahex mine 4 which, until last week, was the last remaining active mine on Cybertron. Accident investigators have now fled the scene, but their initial findings point to a deliberate act of sabota*AAARGH!!*. Phew. Despite the mines extensive security and the region being demilitarised many centuries ago it is certainly clear that whoever was able to get in here had high level clearance and good knowledge of explosives. Naturally, both factions want to ensure that whatever remains of the mines ore is taken for their purposes and so there has been fierce fighting all over the zone with many casualties, mostly accident investigators. Outposts from both factions have now called for reinforcements and the way tensions are escalating it would appear- *WOAH!! that was too close! Someone tell these idiots to stop shooting at u-* Ahem. Now, nowhere is safe in this region. Both factions have fortified various entrances to the mine and have dug in deep in preparation and are heavily armed. It is going to be a long battle, and *HEY! WATCH IT, JOURNALIST!!*
...I'm getting the hell out of here!

- Hazard there, reporting bravely from a long way way behind the front lines.

- With the destruction of Mine 4, most supply routes across Cybertron have been heavily disrupted so we decided to check in on Iacon's barracks, where various Autobot commanders have reported in after last weekends neural upgrade request. We now go live to Prowl as he gives his soldiers another briefing on the situation...

As you all know, the field test will in Decahex next week and these units will be fitted in the next few days. You will relieve the security and investigation teams, allowing them to establish exactly who is responsible for the mines destruction, hopefully by recovering the real security tapes and not the faked one those idiots at WarPorn News have been broadcasting. No one here thinks it's a coincidence that only a 'senator' would have access to the mine schemat

- Ah, we'll just leave that there.

- And finally, we have a statement from Starscream, who has taken time out from his usual deliveries to bring us this message:

Decepticons, you have 4 days left to to upgrade your Neural Scanners before we head out to take what's left of Decahex for the Decepticon empire. I don't need to tell you how important this mine is to our cause. So remember, Megatron does not tolerate failure and neither shall I!

- So there you have it - 4 days left to report in for the upgrade, and reinforcements will be deployed in a week. Hmmm. Does any one here think that not broadcasting all these details publicly might prevent a lot of the bloodshed and violence or could maybe help bring peace to our crippled planet?

A brand new style of Alt Hunt is here! 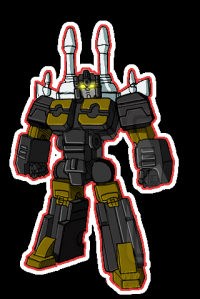 WarPorn Industries™ and the RDD proudly present:
HEAVY METAL WAR
The New Althunt
Tired of seeing the same altmodes reset in, reset out?
Think Thundercracker is still fighting for the wrong faction?
Want to join the elite ranks of the Prime clones as a Decepticon?
Ever wondered what it would be like to beat on your enemies using one of their own altmodes for a change?
(Never played HMW and fancy giving it a try?)

Then you need... The New Althunt!

The premise is simple: Identify an enemy altmode you want for one of your minions. Hunt it down, scan its corpse 20 times and bring that data back to the Senate.

When you have 20 scans, we at the Senate will reformat your soldier into the alt you have selected.

And there you have it!


What's that Psychout? We can steal any alt we want from our opponents? Wow!
That's right kids!
1) Choose the alt you want from these lists :BOT: or :CON:
2) Find an opponent formatted to use that altmode.
3) Kill it. Kill it again. Kill it some more. Kill it harder. Keep killing!
4) Brag about all the killing in the claims thread!!
5) ?????
6) PROFIT!!


20 kills are all that's needed to get that toaster you’ve always wanted!

However, its not very likely that the alt will be easy to find nor that it will be the same level as you, so unfortunately there have to be some 'special' rules:

For every level the target is above you, add an extra +1 to your score.
If an (e.g.) L3 kicks the ass off an L5 it would count as 3 points (1 for the kill, +2 for the level difference) towards your 20.
If the alt you want is unused, or there is no active opponent using that alt then, by prior arrangement, you may bring us the heads of 20 similar members of its alt class.
Clarified: Tell the Senate of the problem, then kill 20 alts of the same class as the one you are after if you have no way of finding the one you want.Thanks Rolltide!
Be warned though - you will not be allowed to use a modifier in this case, it must be 20 straight kills.
The alt will be applied to a nominated member of your team who must be the same altclass as the alt you are requesting, or you must have a bio that explains why it should be different.
i.e. If you decide you want a Jet alt but have no bio written for your minion, you must reset to the correct altclass before the staff will hand it over. If for example you wanted a Jet that can Ram and Avoid you would need a decent bio to back that up. The Senate will judge it, but you can modify your bios right up until you make the claim.
The awarded alt will last until you reset it, after that, you get to hunt it down all over again! Yay!
No, it will not be given back to you if you 'accidentally' reset your character, that's just dumb.
Please also note that Arena battles only count as half (because the Arena sucks.)
Duh!
There is no limit to the number of alts you can hunt
Feel free to keep coming back for more...


How to make a claim post:
Record the mission’s link once it’s done, then post it along with the alt you want. Edit the following victories into your post and then when you have scored the 20 (or 30) points, bring it to the attention of the Senate via PM, and we’ll take it from there.


Too post the image of the alt you want simply copy this bit of code, copy the link of the image you want and post it all.


Code: Select all
[img]*right click and copy the link of the image you want here*[/img]

Think you can manage that?