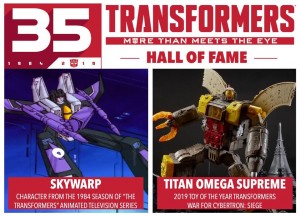 Thanks to a heads up from Seibertronian sabrblade, we have news that the winners of the 2019 Hall of Fame fan vote have been announced!

The winner this year for the new character induction is the purple and black seeker himself, Skywarp! Skywarp originated from the first wave of the 1984 toyline, cartoon, and comics, and many fell in love with his teleporting capabilities. And it would seem that his teleporting abilities finally got him into the hall of fame.

And the winner of this year's toy induction is the Titan himself, Omega Supreme! Omega has been on the market now for around 2 months, and has proven to be a very popular Titan, with many considering him to be the best Titan we have gotten so far. This titanic monosyllabic character made his way into our hearts, and how so has his toy.

So what do you think of these results? Was this the result you had hoped for? Let us know what you think in the comments section below! 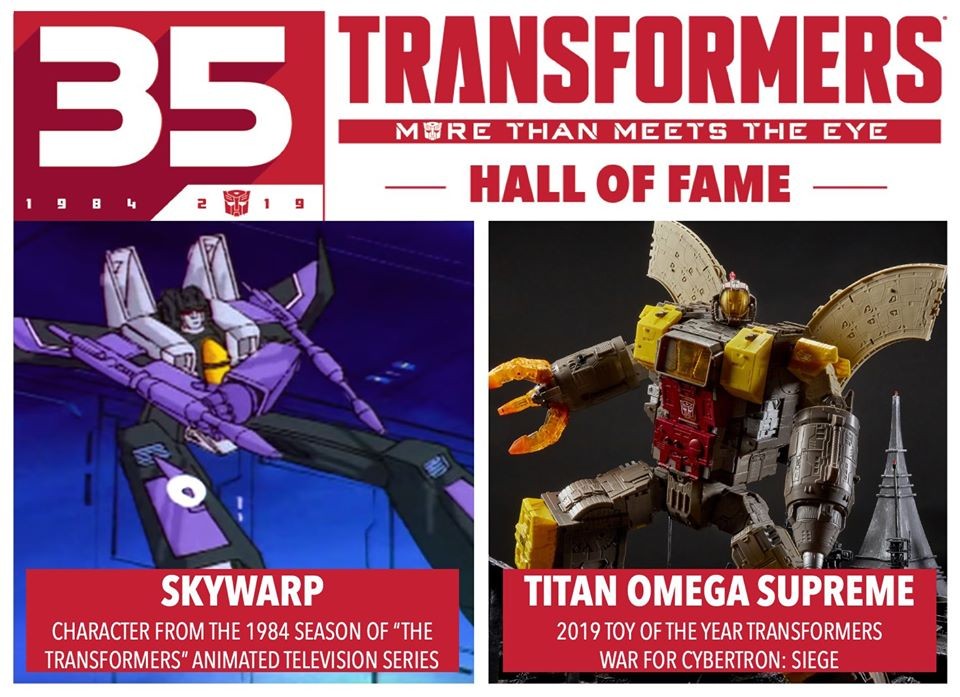 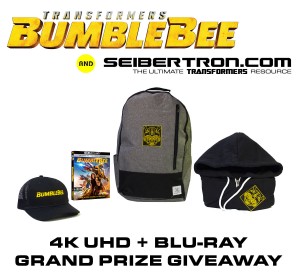 Paramount Home Media and Seibertron.com have teamed up for a special Bumblebee 4K UHD + Blu-Ray Grand Prize Giveaway Contest. One lucky winner will receive a grand prize courtesy of Paramount. This prize package will feature the new Bumblebee Movie on 4K UHD and Blu-Ray plus a Bumblebee branded hat, backpack and hoodie (as shown in the picture on Seibertron.com).

You can enter every day in order for more chances to win. A winner will be announced on Monday, April 8th, 2019. The winner's information will be shared with Paramount in order for the prize to be received.

Bumblebee is currently available on Digital and will be available on 4K Ultra HD and Blu-Ray starting on April 2nd, 2019. 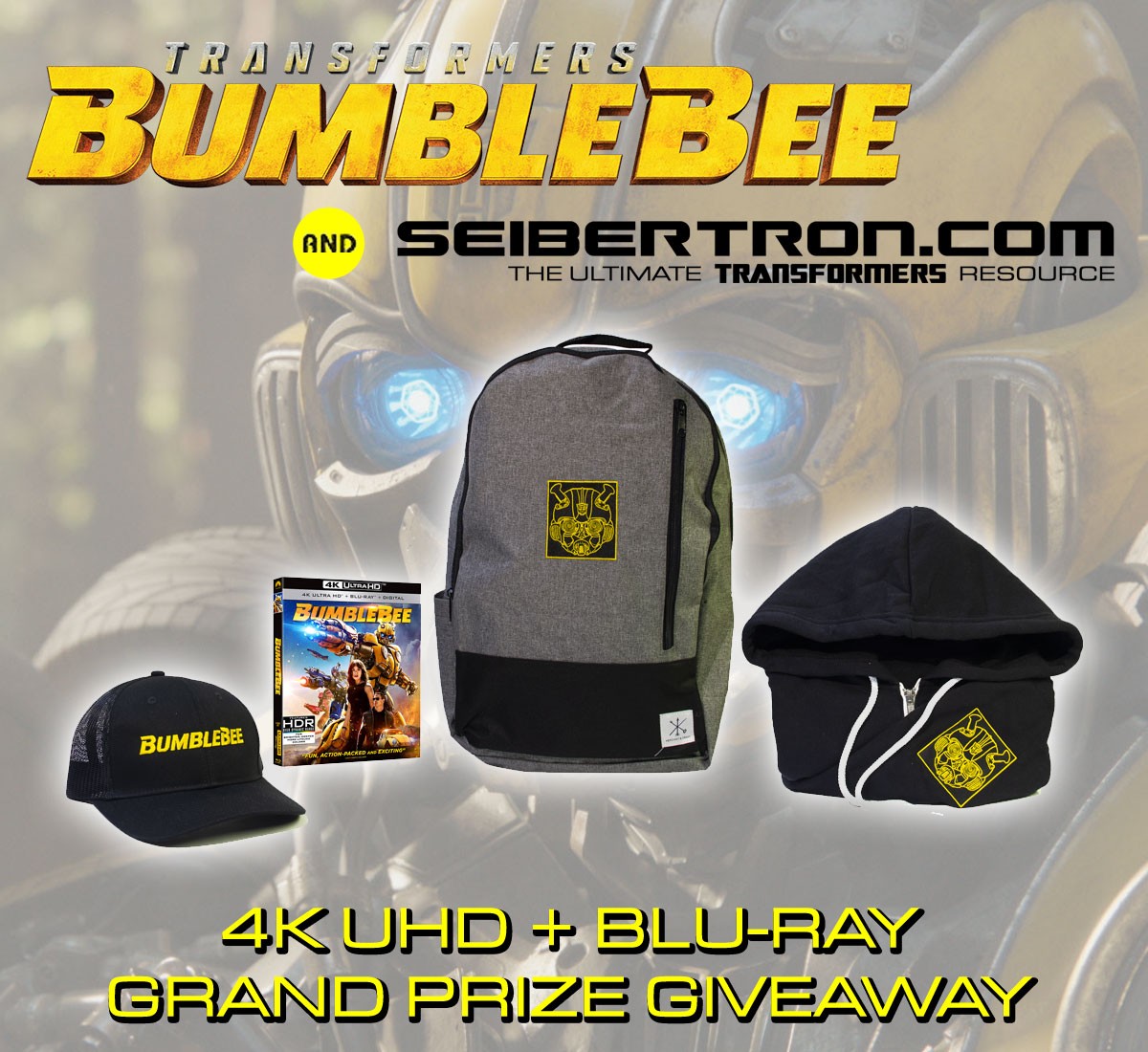 Everyone is a Winner with Ford and Studio Series Barricade 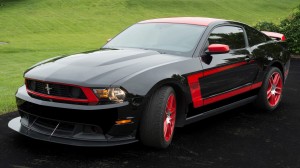 Studio Series Barricade was spotted in the US two months ago and yet there is an aspect that has gone under the radar. Behind the toy, near the Ford licence, we have a bilingual contest where everyone gets a prize for having purchased an officially licensed Ford product. It is unknown what the variety of prizes are but you will at least get a wallpaper for your mobile phone. The one I received was of a Ford Mustang Boss 302 Laguna Secca (a car I didn't know existed until now), which you can see below. The QR scanning can be wonky so if you have an issue you can simply visit the website www.vmp.mobi/ford on your mobile and enter the 2 codes found under the QC code for your prize.

So far we know it is available in the US an Canada. Let us know if it works for other countries and what your prizes are! 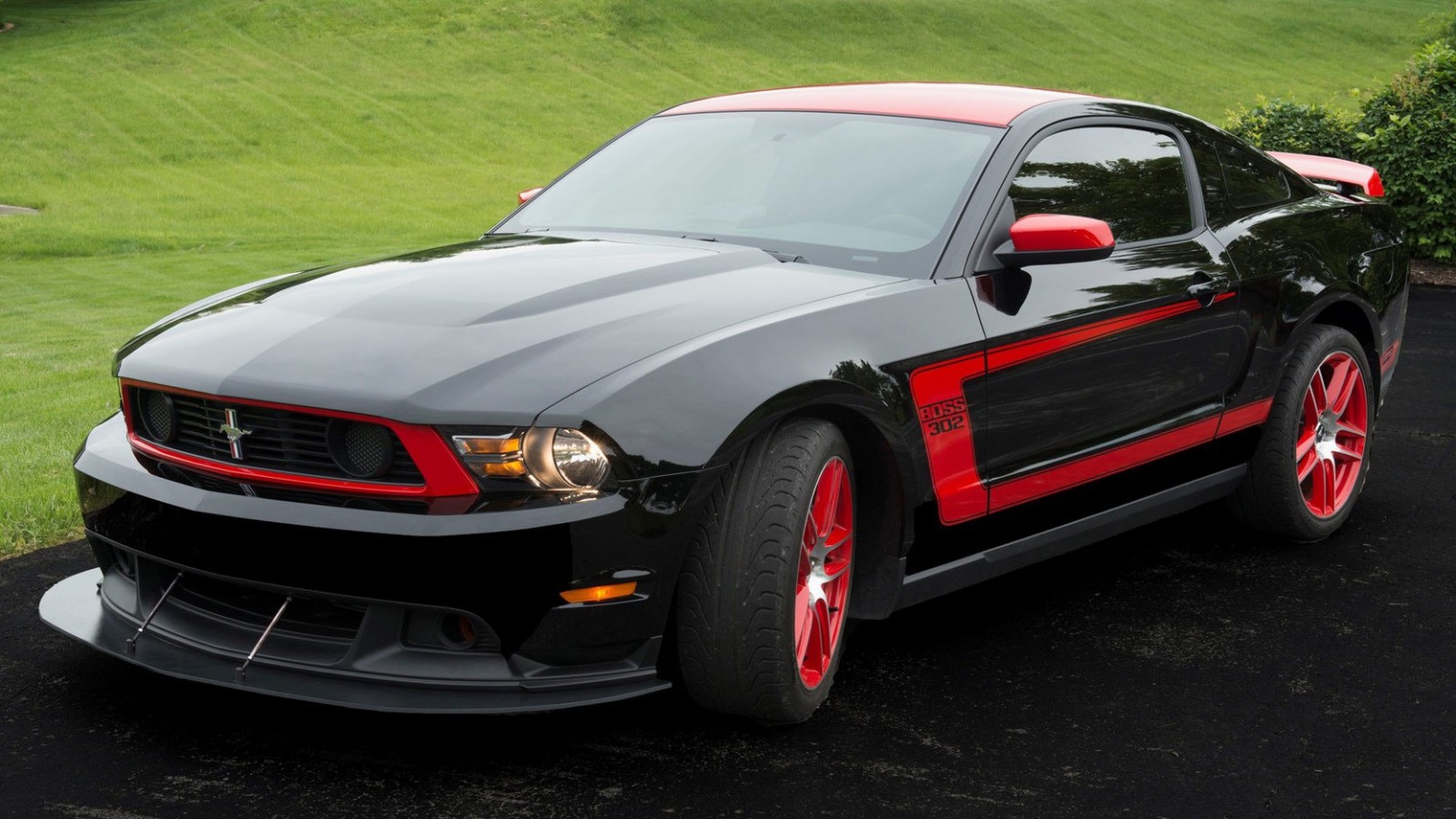 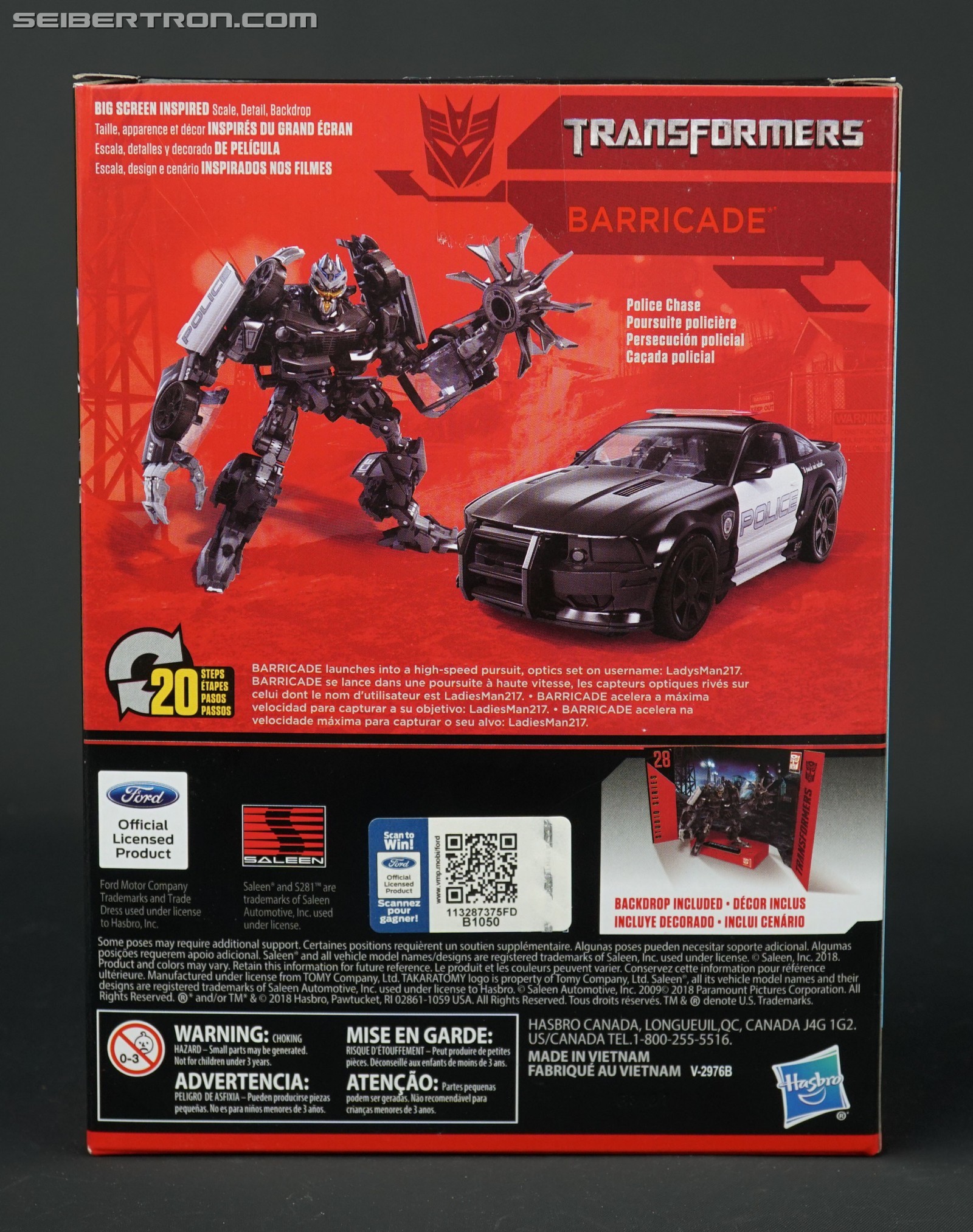 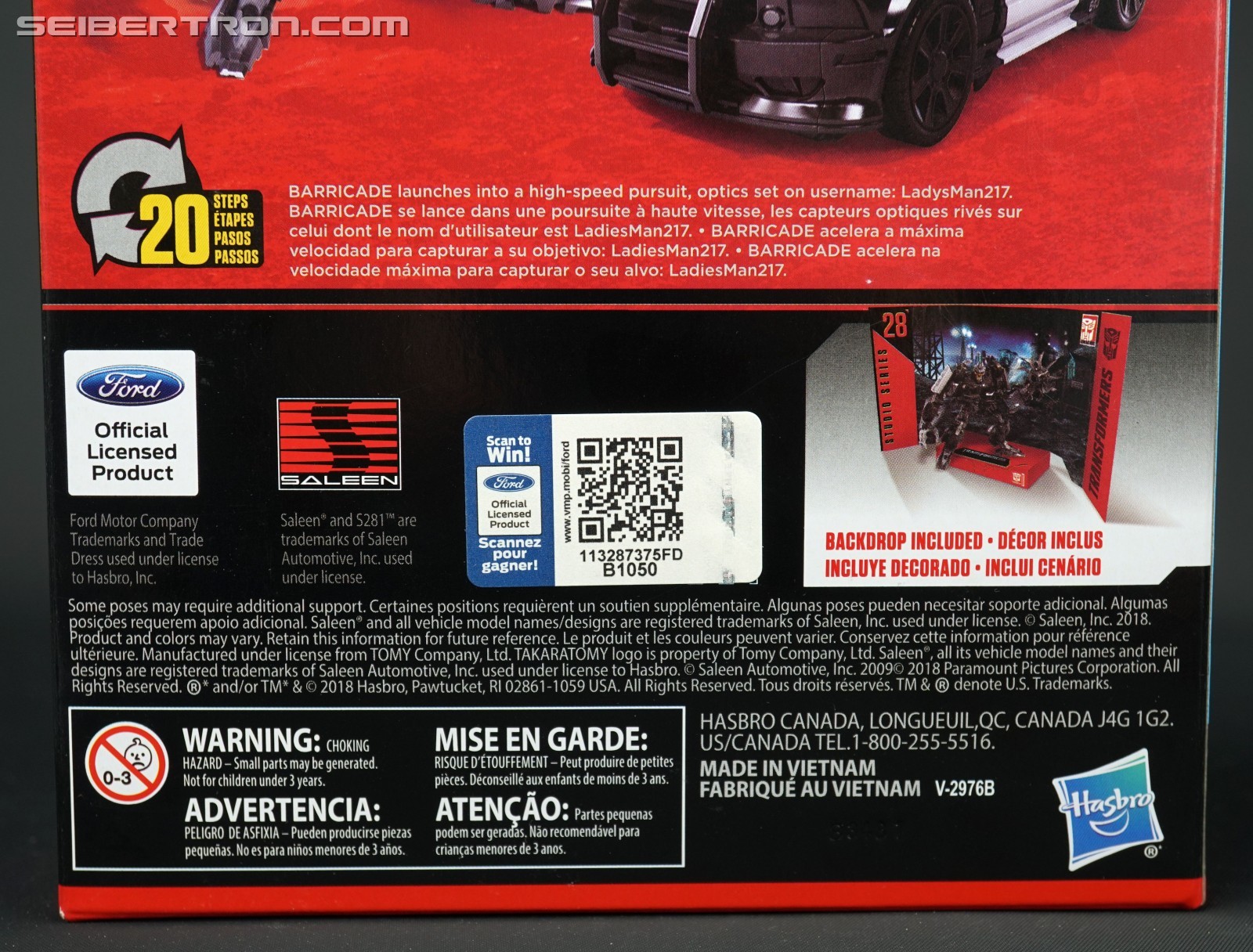 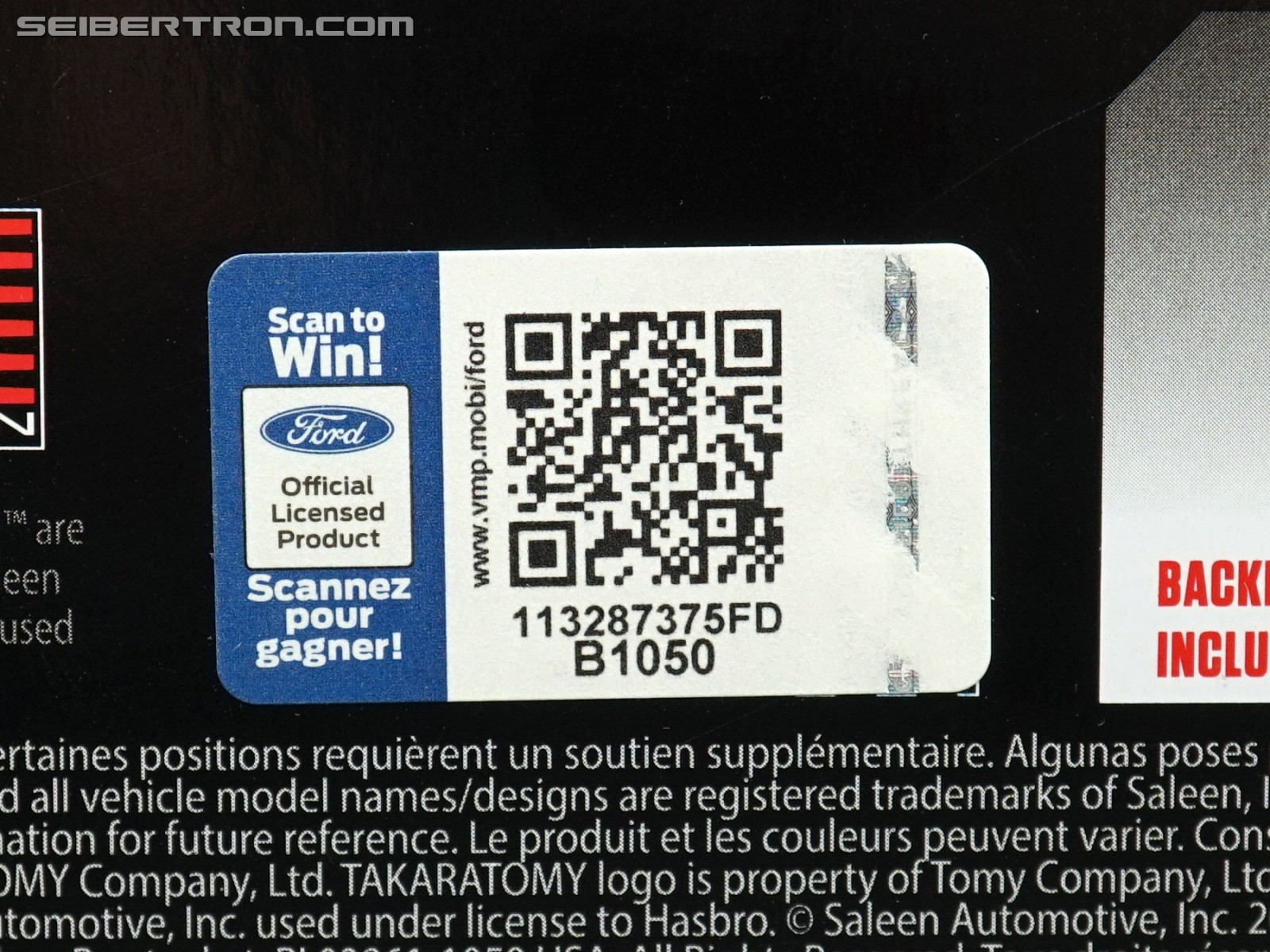