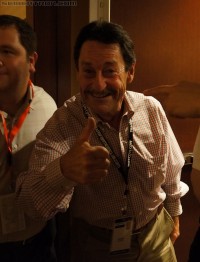 Earlier tonight, the special BotCon 2012 Golden Ticket Reception was held. In attendance were several special guests from BotCon as well as Golden Ticket attendees and some BotCon staff members. The special guests included Buster Jones, Dan Gilvezan, Derrick Wyatt, Simon Furman, Garry Chalk, David Kaye, and Peter Cullen. Check out the gallery of this unique event by clicking here or by clicking on any of the photos below.

The Golden Ticket attendees were also treated to two additional "exclusives" upon leaving the event at the end of the reception. Attendees were handed a Bot Shots Optimus Prime toy signed by Peter Cullen as well as a small 8.5x11" lithograph which featured each guests' picture as well as their autograph.

Attention Golden Ticket Attendees: If you attended the event and would like to share your photos from the event with Seibertron.com, please use the Seibertron.com contact form to let me know. I had a little difficulty with my new camera due to the lighting in the ballroom and would love to update the gallery with photos from other attendees so that this special night could be shared further with our fellow Seibertronians who were unable to attend. 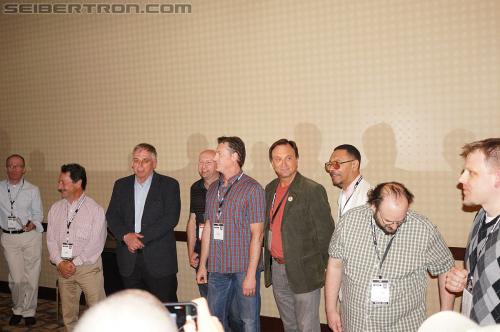 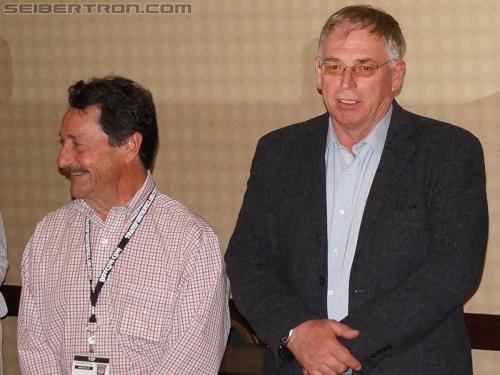 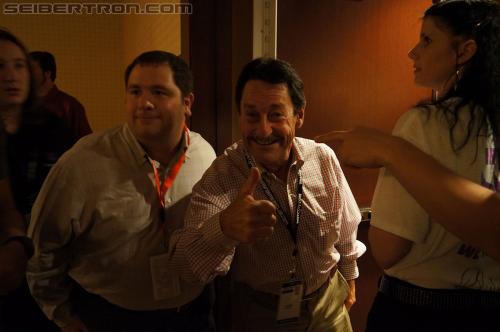 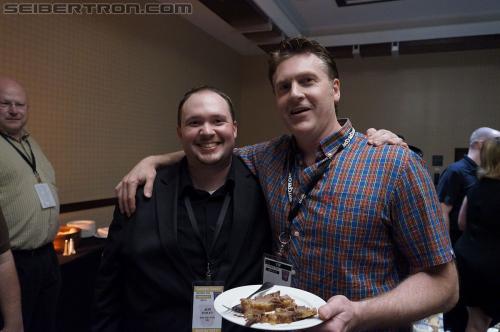 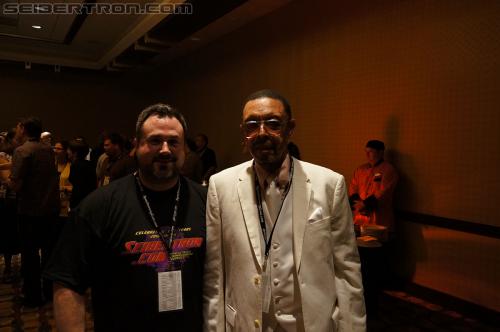 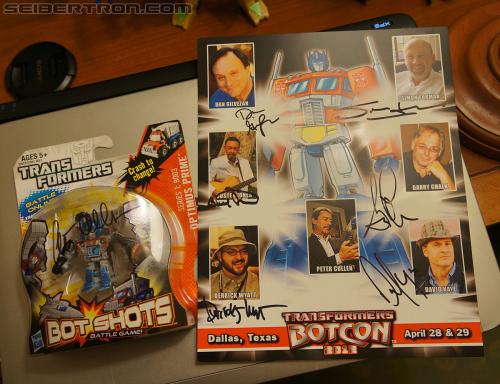 1, Is it just me, or does Simon Furman have a grand total of one facial expression the entire time? It was eerie to see Simon in the backgrounds of pictures still grinning away... his cheerful grin may haunt my nightmares...

2, Is it bad that I look through these pictures, look at all the amazing people that were there, and get almost equally as happy seeing pictures of Ryan and Jon? Man I hope those guys had a blast, and I can't wait to hear about it on the next twincast.
Re: BotCon 2012 Coverage: Golden Ticket Reception gallery (1374049)
Posted by It Is Him on April 28th, 2012 @ 9:12am CDT
HOLY COW. Sounds like you had a good time, Seibertron.