Interview with Mike Costa on Ironhide and Ongoing 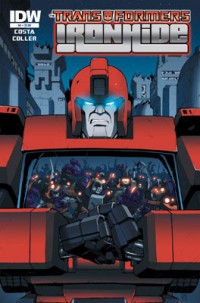 If you've been reading Transformers comics for quite some time, it's likely that you've been the recipient of the works of Mike Costa. The main man from IDW was interviewed by the team over at ComicBookResources. Concerning current comics, Costa is the writer for Transformers: Ironhide and Transformers (Ongoing). Check out a portion of what Costa has to say below, while the rest can be seen here!

To reveal that "Transformers" #7 sees the return of Megatron is not a spoiler, as the Decepticon leader appears on the cover and the solicitation text for the issue confirmed as much. But the circumstances behind the character's re-entry into the universe-spanning conflicts will hold ramifications for both teams of Transformers. That doesn't mean, however, that Megatron will simply rise up and overthrow the usurper Starscream, who despite an aeons-long yearning for the Decepticon crown has failed to take advantage of his newfound responsibilities. "Starscream is not doing great, and definitely does not have Megatron's interests at heart," Costa said of the leadership dynamic. "Starscream is really only focused on his own interests, which is staying in power. As for Megatron...he's not doing good. In fact, the Decepticons are still behaving as if he's dead, and he basically is. Dude took a head-shot from a laser-cannon. That requires a lot of bed-rest, even if you're Megatron.

"The Decepticons are having an even bigger problem with change than the Autobots have," the writer continued, adding that Starscream's ineffectual and self-aggrandizing has "created a power-vacuum where order has almost totally broken down. They are stranded in a temporary base not so much because they can't leave, but because they have no direction." 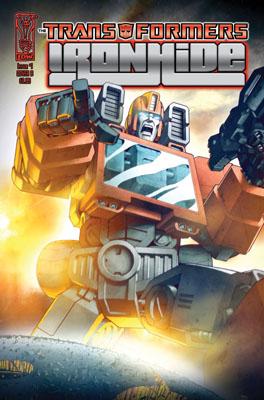 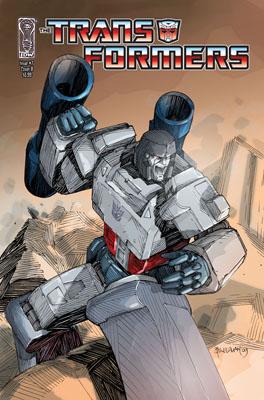