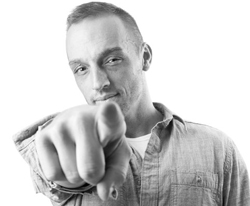 The folks over at PREVIEWS World were able to snag and interview Phil Jiminez, the artist for IDW's upcoming series, Dark Cybertron. Excerpts of the interview can be read below:

PREVIEWSworld: Given your long tenure as an artist in the comic industry, what is it about drawing Transformers that you find attractive as an illustrator? Does it do something to your brain when you find yourself focusing more on metal rather than flesh? Or was it the concept of Dark Cybertron that made you sit up in class and hold your hand up? How did Phil Jimenez get on board this project?

Phil Jimenez: Fun. As I get older, that’s the “buzzword” for me, re: why I choose assignments. Fun. What we do is sort of ridiculous in the big picture (certainly, we’re not searching for a cure for cancer), and so my goal is to choose assignments that will be fun to read, fun to draw, and on characters to which I have some sort of attachment, especially from my childhood.

And after I tried pitching a JLA/Transformers crossover, I realized just how much fun these characters were to draw, how rich the tapestry of their history was, how many wonderful characters there were, scatted among the Autobots and Decepticons, and was invited by IDW and Hasbro to contribute more. I guess I did okay with my JLA/ Transformers samples; I “got” the Transformers enough to be hired to draw more.

I actually don’t think drawing Transformers is any different from drawing anything else; I still use the same rules and tools, and still think about character in the same way. That said, the Transformers have different shapes and edges that *do* effect composition, but mostly in a fun, challenging way.

PREVIEWSworld: How does the artwork convey the tone and atmosphere of Dark Cybertron? Did you find yourself having to do more than one draft to get where you wanted to be in your layouts?

Phil Jimenez: There were a couple of pages that I worked and reworked layouts; and, of course, the inevitable moment when I totally reconfigured a two page spread but discovered the penciller had already finished working over the original designs. GAH! I hate that. Still, the script was so strong the visuals were all there for me; I just had to figure out how to compose them.

Also included with the interview were several panels (albeit textless) of Dark Cybertron's first issue! 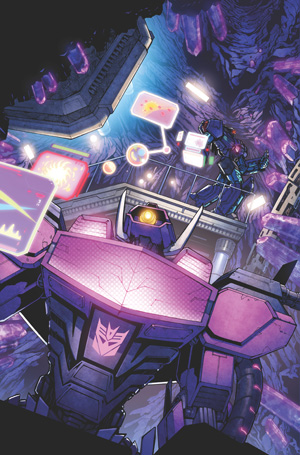 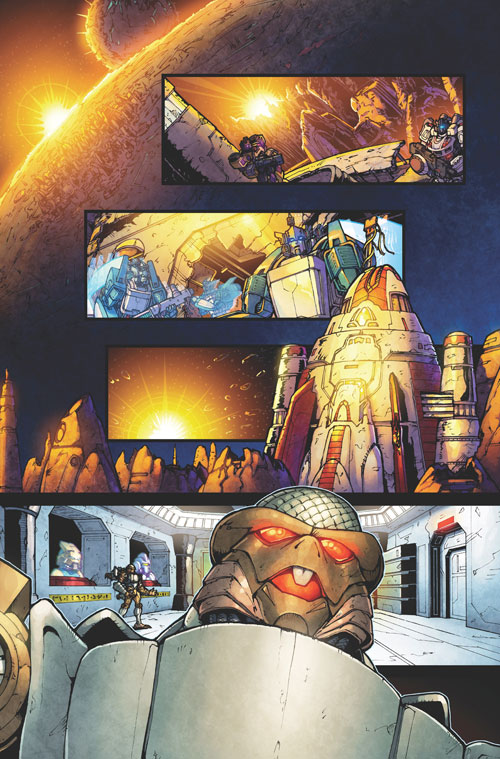 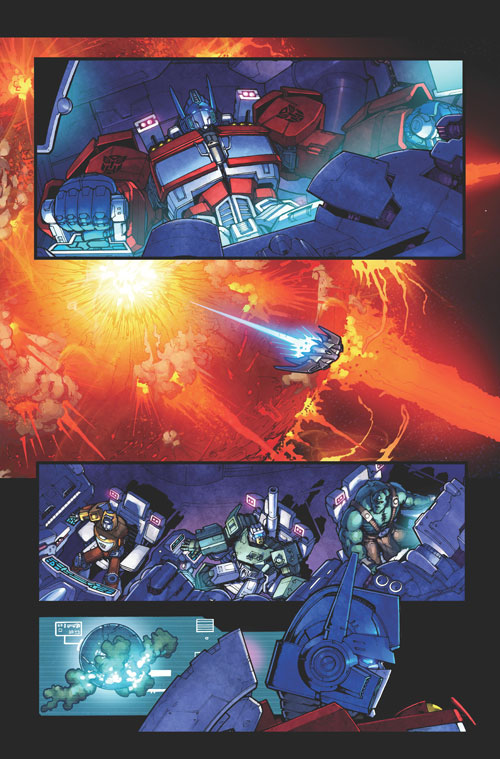 The remainder of the interview may be viewed here.

Actually, he kinda looks like the Movie Bludgeon that came with Whirl, now I want a repaint of that...