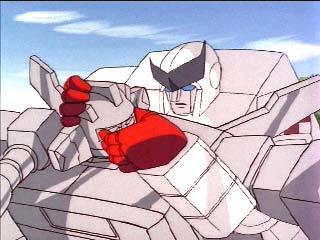 201 captions have been posted for this image so far ...

Optimustard writes: I learned this in Japan. It's supposed to clear your mind so that you can build Dinobots that aren't idiots. If not it's good practice if I ever need to rip out your optics
BG the Robit writes: I'm taking your head off but my face looks like I'm concerned... I don't really have a medical liscence.
william-james88 writes: I heard there is a mustache under there!
Fires_Of_Inferno writes: Ratchet: "Look! Look with your special eyes!"

Wheeljack: "MY BRAND!"
TrinityIce writes: Your face is ugly, I'm fixing it.
trailbreaker writes: 3 Stooges have influenced Ratchet.
Rainmaker writes: Ratchet: GIMME YOUR FACE!
Optimus: That's my line!
Skywarp64 writes: "Blasted Robot Heros line! No articulation at all!"
Crashcomet writes: R: I can't get this dang mask off! RRRRGH!
Heckfire writes: GIVE.
ME.
YOUR.
FAAAACE.
- Back to top -
michellatron writes: SAY UNCLE, WHEELJACK! SAY UNCLE!
TF2 writes: Ratchet:Now If I can get this head straight, and some paint this will make an awsome robot replica.
trailbreaker writes: Ratchet - "Sorry Wheeljack, those contact lenses are really stuck!!!!"
Unknown writes: (wheeljack & ratchet fighting)
wheeljack:hey not the eyes thats cheating
ratchet:oohh sorry
shockwave_inoz writes: Ratchet: "It's okay Wheeljack, I've had chirobotic training - geez, you're so tense, so stiff, like a statue..."
(The Real) Wheeljack: "Uh, over here Ratchet!"
Ratchet (dropping statue and straightening himself out): &
Silver Wind writes: Unfortunately, what Ratchet didn't know was that Wheeljack was actually suffering from shock due to peoples' common disregard for spelling, grammar, and punctuation.
Roadshadow writes: Ratchet: Wow! A giant oversized HOC Wheeljack KO! It's got no paint, so I'll paint it pink! Yay for pink!
Ultra Wheelshot writes: Ratch: Teeth check
Jack: What you know the faceplate won't come off
Ratch: So it's time for your teeth check
Op: I swear theres something is wrong with Ratchet
Prowl Worshipper writes: Ooooh! A brand-new Paint-by-Number Wheeljack!
Prowl Worshipper writes: W: A spider! Get it off! Get it OFFFF!

R: Hold still, dammit!...Hey 'Jack? Did you know there's nothing between your ears?

OP: (Offscreen, muttered) That explains a lot...
- Back to top -
Marv writes: Weird...if I twist his head this way, candy starts coming out of his mouth!
Magnus writes: Optimus Prime: How long do you think he'll be like this?
Ratchet: It's hard to say.
Optimus Prime: That's not funny.
Tiedye writes: RATCHET- "Guess who this is Wheeljack." WHEELJACK-"I don't know.......Hotrod?"
Zeedust writes: The Heroes of Cybertron version of Wheeljack has a problem with his head popping off. Ratchet thought it might have something to do with the paint, but apparently not.
President Optimus Prime writes: Ratchet was kind enough to share this old photo.
OP Prime writes: Ratchet: Will you quit figeting I'm trying to install your Diclone head...

Wheeljack: Zoinks!
Zeedust writes: Wheeljack: "Wow, that chick's got a nice..."
Ratchet: "That's my SISTER, Wheeljerk!"
Unknown writes: Yup, Medusa got 'im!
Unknown writes: "Mr. Big" says he wants his 10-grand by 8 pm tonight, "Wheeljackass"!
- Back to top -
Scooter writes: "Ratchet, I should have told you sooner but my head isn't really where you think it is. So all these years you've really been twisting my-
Jetstreamx writes: Rachet: Say it! Come on. Say it!

Wheeljack: OK! UNCLE! NOW WILL YOU GIVE ME THE NEW PAINTJOB NOW! I'VE ALREADY BEEN SANDBLASTED!
OP Prime writes: Ratchet: Shhh, The movie is about to start.

Wheeljack: I don't have a moving mouth, so why try to cover it?

Ratchet: Well I've fixed you enougth to know where you mouth is, so stop being a know it all, just because you created the
Frost writes: Dont look! Its the new line of transforming pieces of crap! They scare me!
Unknown writes: Wheeljack: Prime Help (mumbles).
Rachet: Oh dear. Prime Wheeljacks dead.
Unknown writes: Wheeljack: How many times have I got to tell you I am not a toy?
Zu Darkness writes: *From the files of Teletran one et again*

Ironhide: Good lord what was that

Raket: I don't know Ironhide but it came from Outside where Wheeljack is

Ironhide: Well Let's get moving then

GRIMLOCK: Me no let you kill creator Wheeljack!

RATCHET: You're his only sucessful invention, and even then, you're no
Rhys writes: RATCHET:(Reading). Contents of package. 1. Life-size Wheeljack model robot. (unpainted, batteries not included). Quick, and easy to assemble.

Ratchet: I'm doing the Mandable Claw!
Unknown writes: Ratchet: HOW DARE YOU BETRAY US ON ARMADA DAMN IT! WHY DID YOU DO IT! wHY!?