Is a Masterpiece Ghost Starscream coming in 2010?

An email supposedly sent out by Gerard of Robo robo, a popular hobby store in Singapore, announces a pre-order for a ghost/clear version of MP-03 Masterpiece Starscream. According to the email received by our own Seibertron.com member freaky777, the figure is slated for late June 2010 release and will cost approximately 10,000 yen, or around 138.00 Singapore dollars (about 98.00 USD). No official images of this figure have been released yet and this figure has not been confirmed by Takara. However, with the recent release of the Henkei Ghost Starscream, it is very possible that the toy maker has this release in the works.

Stay tuned to Seibertron.com for the latest on this story and for all the latest Transformers news! 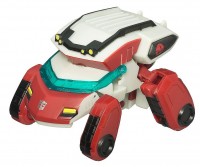 Interestingly enough, the thought to be Toy's R" Us exclusive Cybertron mode Ratchet has shown up on the websites for Sears and K-mart of all places. Previously, we had thought this item was to be a Toy's R" Us exclusive as indicated by the sticker on his packaging, but nothing is confirmed in either instance. Additionally, official images were provided as well, to view them, click here. Well it was bound to pop up somewhere.

Amazon.com has a link to Transformers: War For Cybertron that gives no real information on the game we don't already know except for one little nugget. A release date.

According to the auction the release date for this bad boy will be June 22nd 2010.

At this moment, this is nothing more then a rumor until the big guns at Activision give us a solid release date. Now, if you've ever waited patiently for a game then you know that most of the time, the original release date doesn't mean a thing. So don't hold your breath.

Check out the original auction here

You want to know more about this game? Then you keep your eyes locked on Seibertron.com! 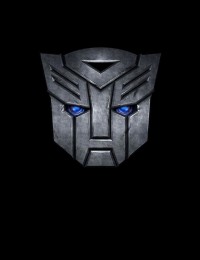 With all the amazing news that has hit the Transformers Universe today, why not add in something about the next installment to the live action movie franchise.

According to Allspark.com, a leaked PDF Script Treatment for Transformers the Movie Part 3 has been made available by a person who chooses to go by the handle "Beachcomber".

Seibertron.com has noticed some inconsistancies with this "treatment" from the original 2007 film's leaked script, dubbed Prime Directive, that was made available for a very short time way back when. As always, and as is stated by the Allsparkians, take this with a cup of salt and enjoy it for what it is.

Check out the email from "Beachcomber" and the treatment by clicking here. 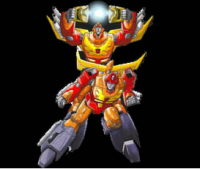 Masterpiece Transformers news has been on our minds recently. With the new images of the Black Convoy repaint of Masterpiece Prime, and the upcoming release of the Grimlock special edition (comic colors), fans are trying to guess the future of the Masterpiece line.

An interview with the designer of the upcoming Revenge of the Fallen 'Buster Prime', Hirinori Kobayashi, shares some insight into the design process, designers not always being happy with what the company ends up producing, and a possible hint at what the next Masterpiece figure is.

"He (referring to Hirinori) was in charge of all Masterpiece products, except for MP-3. He again hints of the new MP next year 2010, which has a significance to Transformers. ("2010" is s Japanese title for G1 season 3.)"

You can read the rest of the translated interview at Tformers.com, and come on back over to discuss what you think this clue leads to in the 'hunt for the next masterpiece figure'. Make your own predictions below!


Seibertron.com for all of your Transformers news and resource needs.

We hope to get confirmation from Takara Tomy soon, and we will bring you the latest development when it is available.

Stay tuned to Seibertron for all your latest news on Transformers. 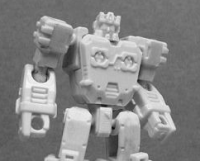 Is it official or fanmade?

We'll have to wait for more information to see, but BASE XO comes up big again, this time finding a prototype image for a new transforming toy (robot mode only pic). This toy's robot mode closely resembles the Soundwave cassettebots, Rumble and Frenzy, as you can see from the head and chest designs. Unfortunately what Frenzy/Rumble transforms into is yet unknown at this time.

Is this a new Device Label component? Frenzy and Rumble were already made for the music label line, so maybe not. Universe line toy? Or another Impossible Toys winner like their upcoming G1 Arcee?

Stay tuned to Seibertron.com for more information when it is made available.

You can see the original thread here at hk-tf.com and the uploaded image below. 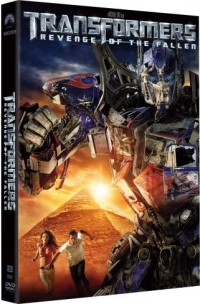 Fellow TF fansite TFormers has managed to get an exclusive round table discussion with the minds and faces behind Transformers Revenge of The Fallen.

In the discussion they talk about voice-acting and the contents of the upcoming home video releases of the movie, like a game that lets you create your own Transformer. The group also claims that among the DVD contents will be an 'easter egg' in the form of a video featuring director Michael Bay. This video claims to be a bit of a spoiler for the next installment of the Transformers movie franchise, a very large rumor generator, if you will.

If you want to know the next rumor for Transformers 3 (the first was that Megan Fox's character Mikaela would be killed off in the third movie) then scroll the the very bottom of this article.

You can read the entire article by clicking here.

The Michael Bay video claims that none other than the planet devouring giant, Unicron will play a role in Transformers 3!


As this is an unconfirmed rumor we advise you to take it with a grain of salt. 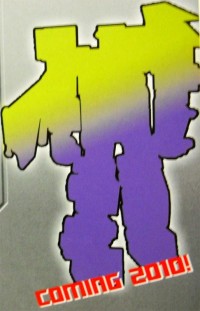 hk-tf.com has found an image of a shillouette of TFCToys 004, what looks like a combiner that bears some similarities to G1 Devastator. We can only speculate as to what it is at the moment though. Stay tuned to Seibertron.com and we will bring you updates as they are available! Until more is known, please treat this as a rumour.

TFW2005 Member Victorysaber has posted and email response supposedly from Fansproject that we will classify as a rumor for now until confimed. According to the response, the Protector armor is expected to be released in the first quarter of 2010. More interesting, but not surprising, they are apparently working on a Bruticus Maximus set as well. No word though on when we can expect to see any images of it. The actual email text is below:

Thanks for the email. I are working on one for Bruticus, but it's still in
a very initial progress. We will have the update when it's ready.
"Protector" seems not ready until 1 st quarter of 2010. Thanks
for your support. We are glad you enjoy our stuff.

Stay tuned to Seibertron.com to see if these rumors are confirmed, and for all your Transformers news!