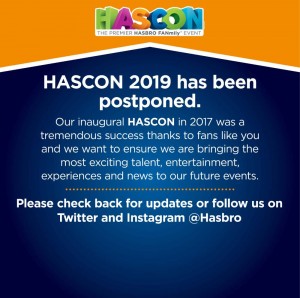 Hasbro, via their Hascon subsite has announced that Hascon 2019 has been postponed with no additional information about a reschedule. Originally slated for September 6th through to the 8th, 2019 in Providence, Rhode Island at the Rhode Island Convention Center and Dunkin' Donuts Center. Whatever issues that have caused the delay are unknown, but be assured we will keep you updated on the matter here on Seibertron.

Could this be related to Funpub's application to Trademark “Botcon” earlier this year? Are Hasbro going to stage a return of the classic Transformers fan event? Please join in the discussion on our Energon Pub here at Seibertron.com! 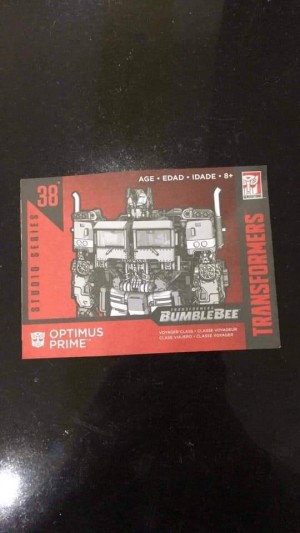 Thanks to fellow Seibertron user, SillyMcGilly, we've learned that Transformers Universe Thailand Facebook Group has leaked a look at the instructions for a potential Studio Series toy of Optimus Prime as seen in the Transformers Bumblebee movie! 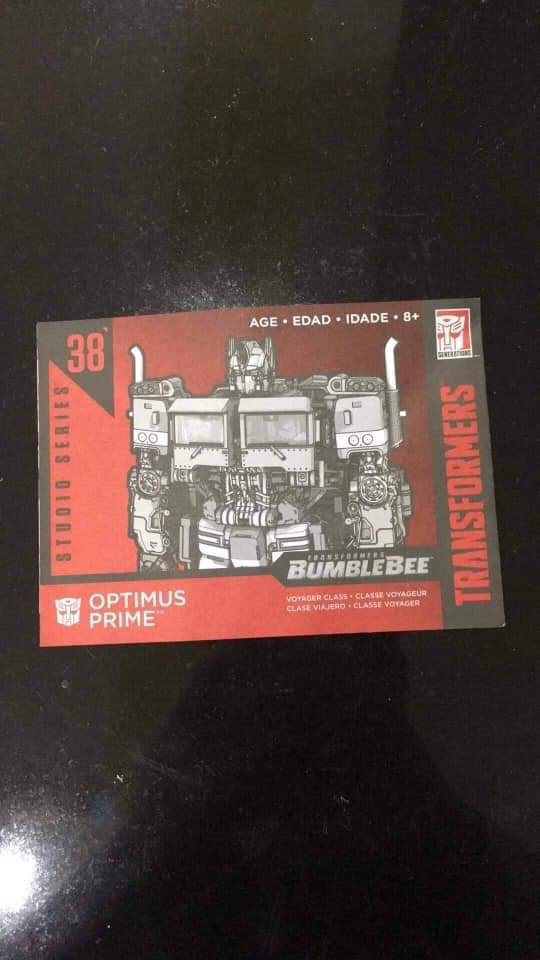 While there isn't a lot to go on as we see a close up of the figure's chest shoulders and head but we can see that it's like all other Optimus in the line so far and is a Voyager class and is given the number #38, meaning that if indeed real, he'll be in the wave after Bonecrusher and 2007 Optimus (potentially).

Please bare in mind that we have had no official word from Hasbro on this figures existence so please treat all news on the subject till confirmed.

What do you think of this? Too good to be true? Or a bought on sight must-have? Let us know in the Energon Pub and stay tuned to Seibertron for all the latest news and reviews. 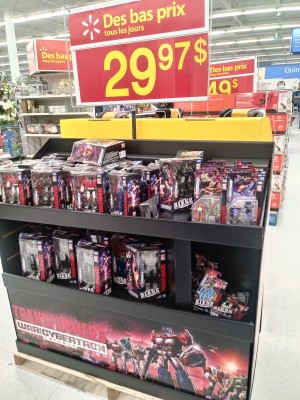 What might probably be the biggest news of the week has possibly given us another rather big reveal, unintentionally. We just newsed the first look at the Transformers reboot from IDW. In it, we see art of the Siege toys, down to swivels, pegs and pins. We can see Starscream, Megatron and of course Optimus. However, the Optimus body used in the picture is not the Siege voyager toy from wave 1. Instead, Optimus Prime is sproting the body of the inner voyager from the leader class Ultra Magnus. The chest looks retooled but still has a similar shape and a bigger giveaway is the tab near his feet.

We know that the only other leader class toy from Siege will be Optimus Prime and this may be our very first look at the inner robot. Which would mean that Siege leader class Optimus Prime would be a redeco/retool of Ultra Magnus. Of course, this is just speculation, but with such an attention to the toy details, we did want to bring it to your attention.

Also, in Transformers Siege news, Walmarts in Canada recieved a specialized display from Hasbro to highlight the toys. All classes, except for leaders, can be found on a two story carbdoard display stand with Siege art. You can see it below. 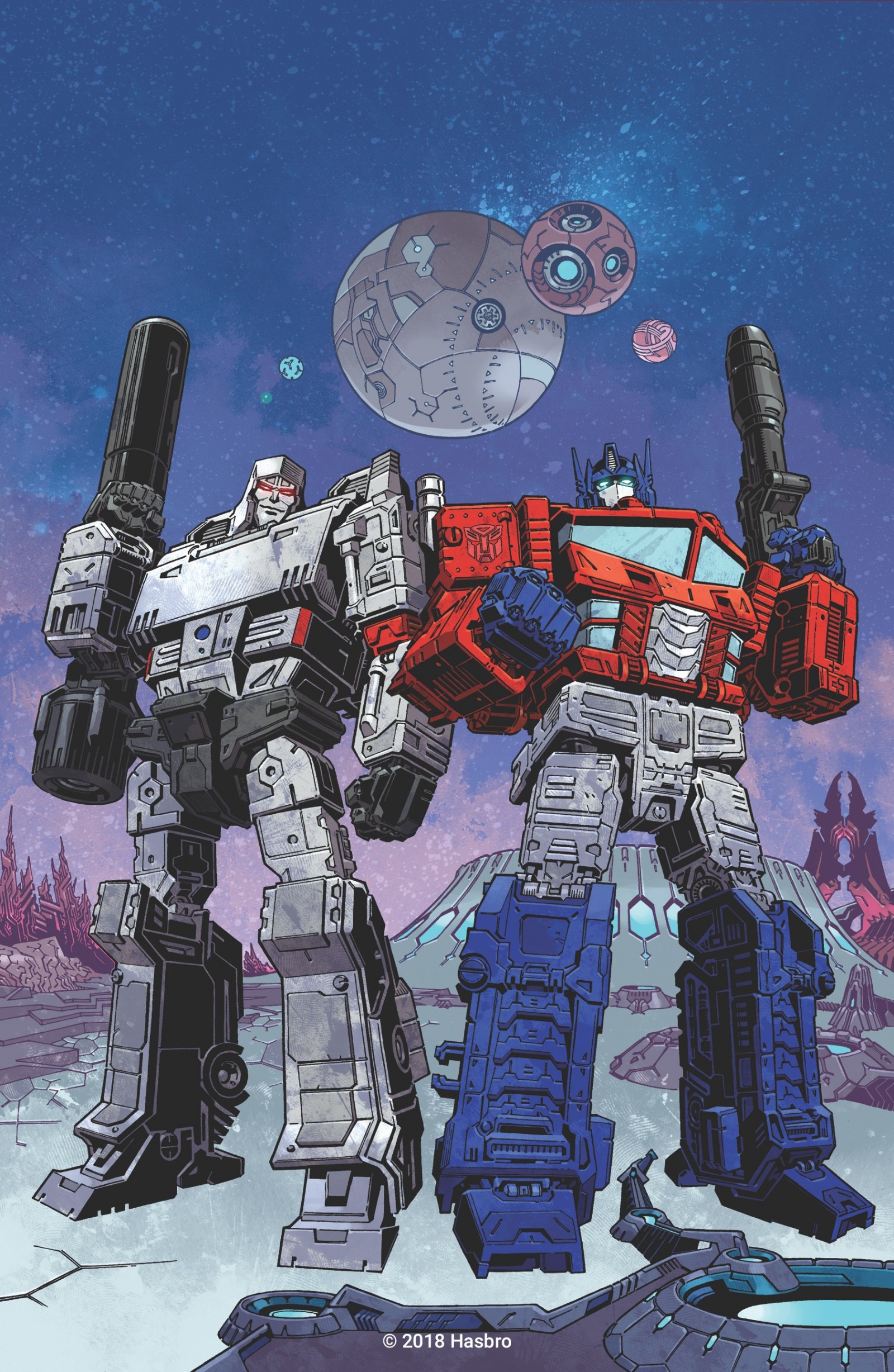 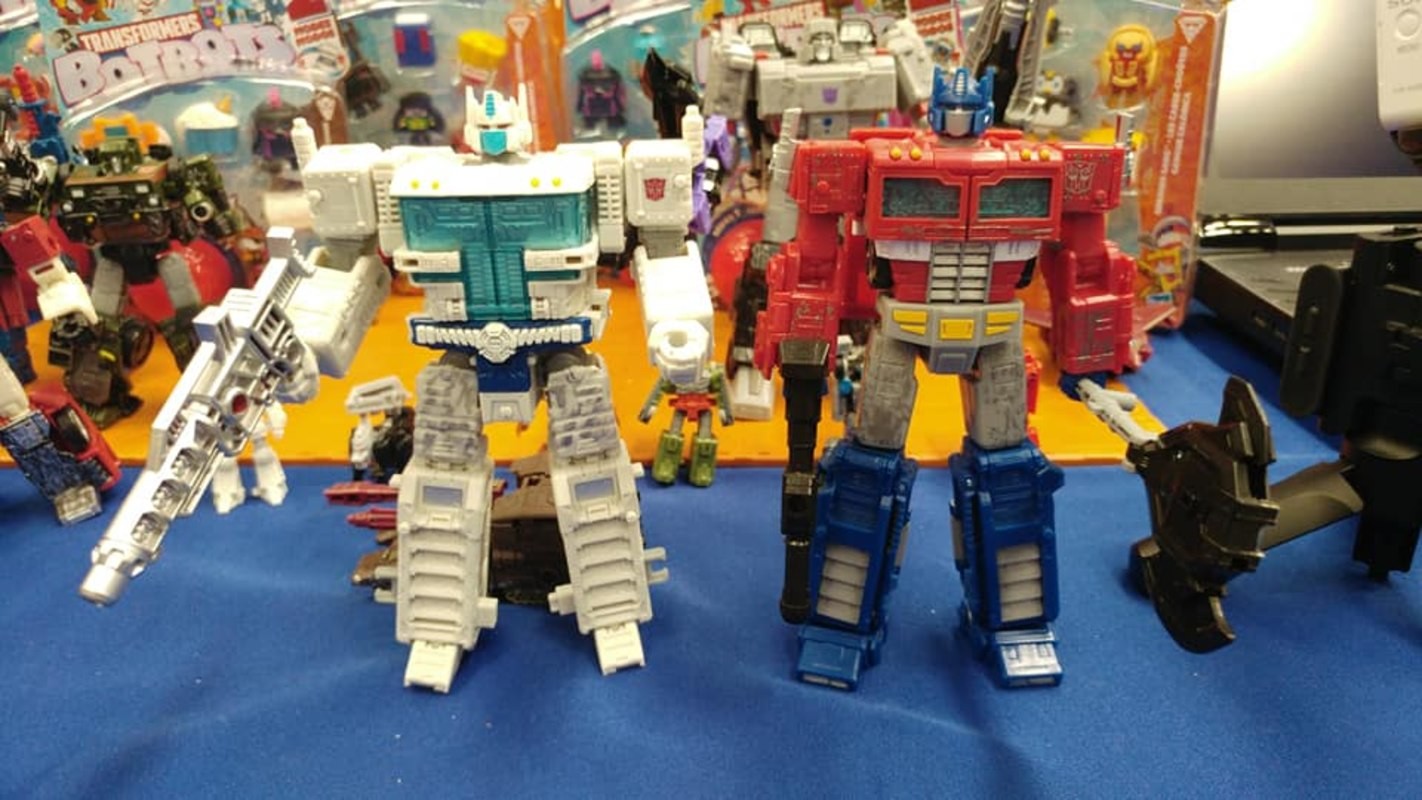 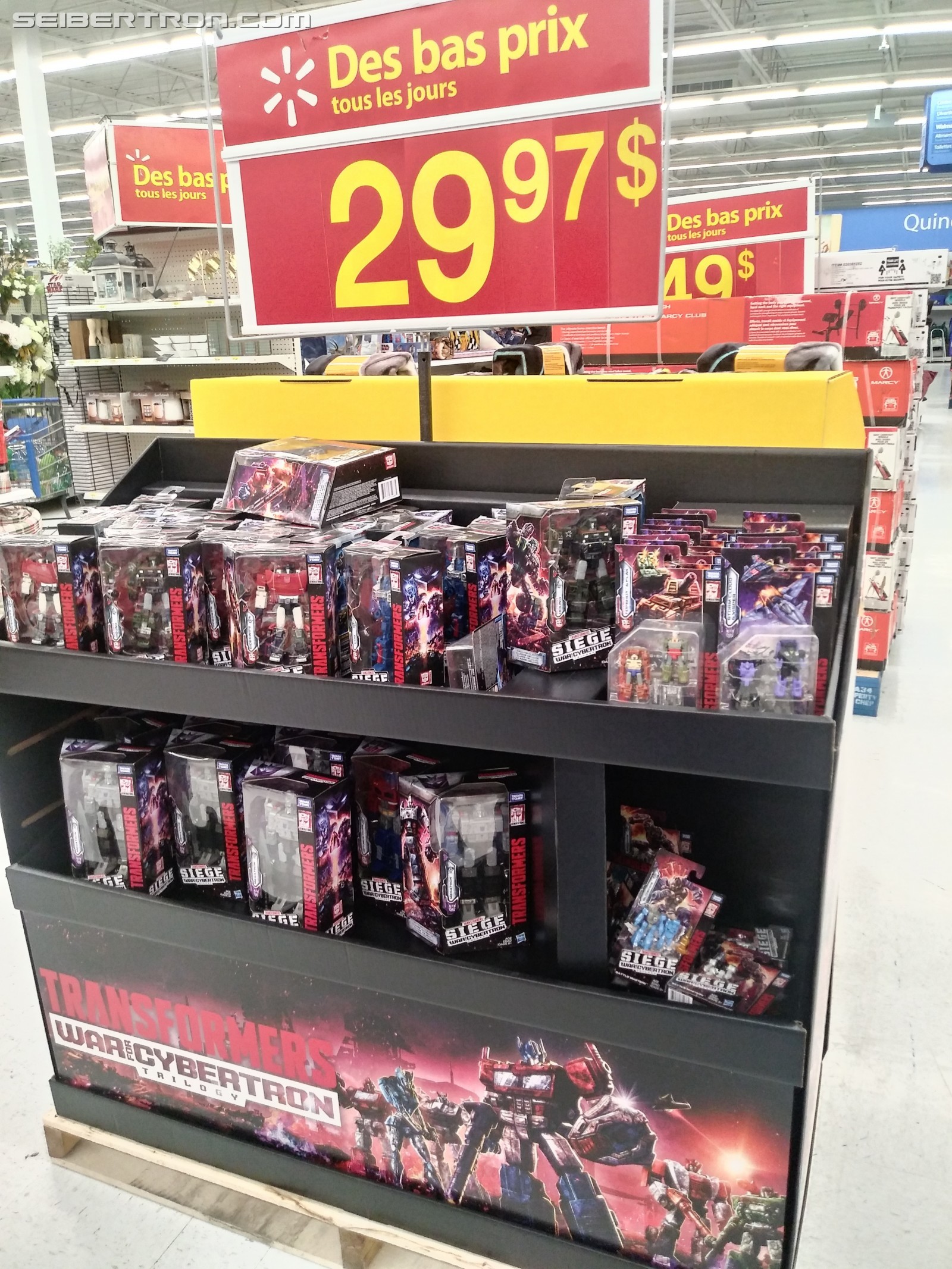 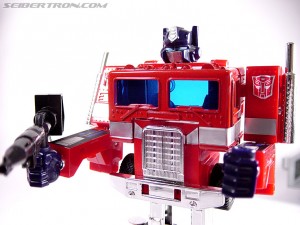 We finally have some confirmation about an impending Walmart Exclusive G1 Reissue Optimus Prime. Following on from our rumor\leak earlier today, thanks to Seibertron member Jtprime17, we have a working SKU Code (210385764). This release currently appears to be sans Trailer, which would be a first for G1 Optimus Prime releases in the Western market. Below is a mirror of the original article's leaked image - 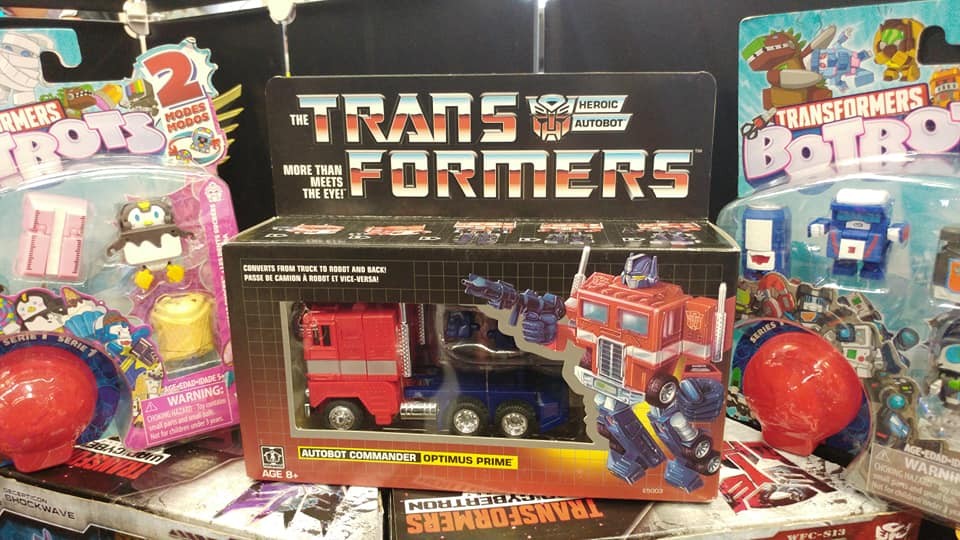 The listing itself can be found on Walmart's own website as well as on Brickseek. With Hasbro reissuing G1 Transformers again – Optimus Prime seemed more like an eventuality than a maybe, but another chance to grab this iconic character for yourself is always welcome.

Until an official announcement is made, why not take a moment to refresh your optics with a look at Seibertron.com's own G1 Optimus Prime gallery! 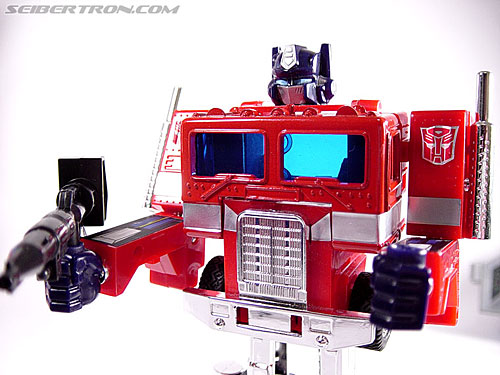 Are you excited for this release? Leave a comment on Seibertron's own Energon Pub!

Stay tuned to Seibertron.com for all your Transformers news! 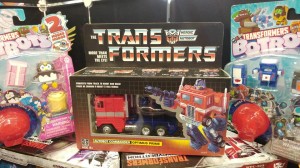 Fellow Seibertronians, we have a very tantalizing rumor to pass along! Our own Shajaki has pointed us to some pictures gleaned from the Facebook group Transformers Never Die. The pictures depict none other than the most famous of all Autobots, Optimus Prime, in all his G1 glory (minus his trailer). He's packaged in the same style of retro "Vintage G1 Transformer" box that Hasbro has used this year for the Walmart Starscream and Hot Rod G1 reissues. Not a lot information is to be found yet about this mysterious addition to the "Vintage G1" line-up. These pictures may have been taken at a Taiwan trade show. If anyone is able to translate any of the information on the post on TFND or anything in the comments, please let the Seibertron New Crew know so that we can update this story! For now, enjoy what could very well be appearing on Walmart shelves in the near future in the United States and Canada! 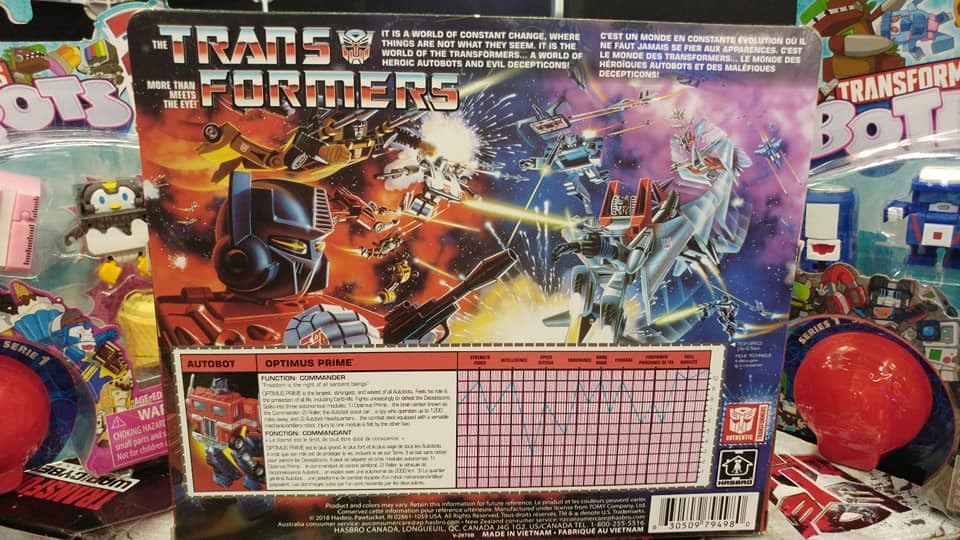 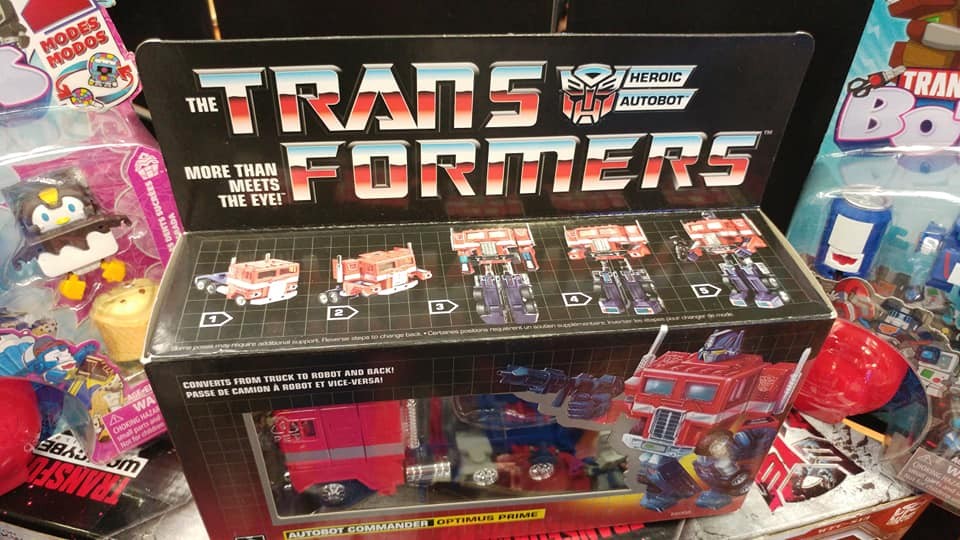 Take particular note of the first picture. This alleged Vintage G1 Optimus Prime release is sitting atop the soon-to-be released Transformers Siege Leader Shockwave and Leader Ultra Magnus. You can just make out "Decepticon Shockwave" on the left box and WFC-S13 on the box on the right, which is the designation for Ultra Magnus in the War for Cybertron: SIEGE line.

What do you think of the possibility of getting another reissue of G1 Optimus Prime, but without his signature trailer? Is this a hoax? A clever knock-off? A Hasbro Asia exclusive? Tell us what you think in the comments below as we delve deeper into this mystery. As always, stay tuned to Seibertron.com for all the latest news on everything Transformers! 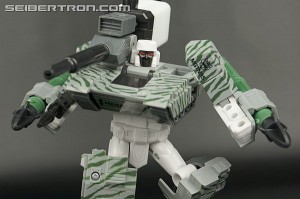 Who remembers the "Select Series?" Well, we certainly hope you do to! Following our article on Select Series Red Swoop and Ricochet, we have some more news on this line!

The collector oriented "Generations Selects" toyline, should be unveiled soon. Hopefully we'll see pictures of soon "red" Swoop as well as Ricochet (a black and gold repaint of POTP Jazz). Both listings were previously found on Midtown Comics.

So, are you excited? Be sure to tune in to us for additional news about this collector oriented line, and leave a comment in the Pub forums below! 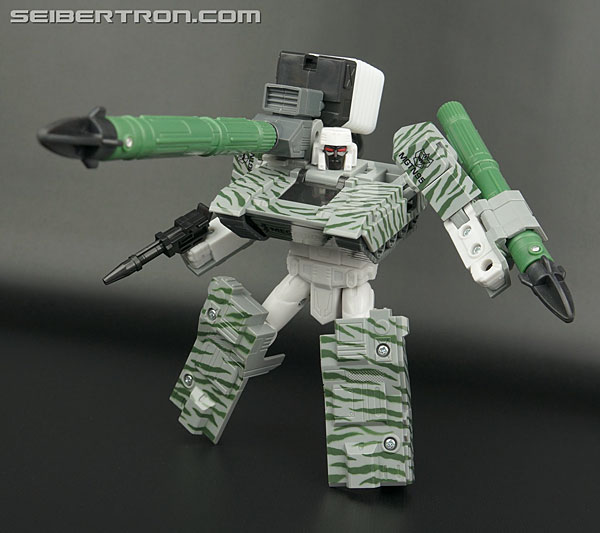 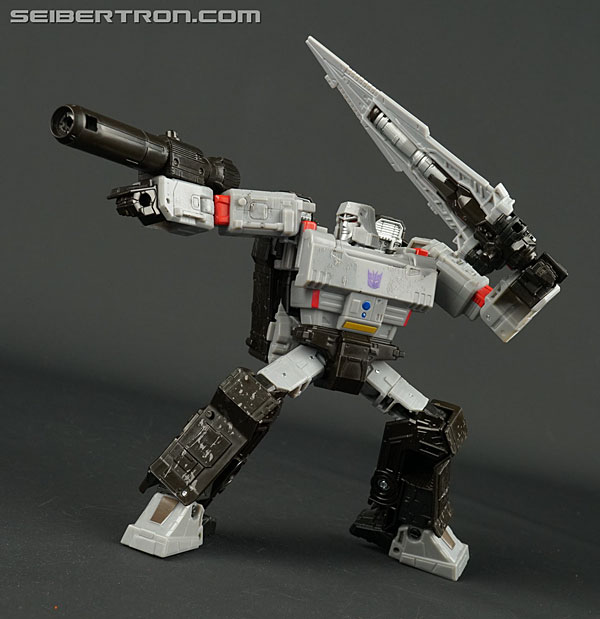 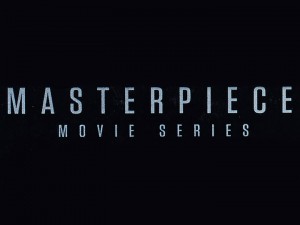 Thanks to an email notification from keen-eyed fellow Seibertronian itscramstastic, we have a new listing appearing on site sponsor Big Bad Toy Store concerning a new figure in the Transformers Movie Masterpiece toyline, a direct collaboration between Hasbro and Takara Tomy.

The listing, which you can find here, is supposedly for an eighth figure in the line, though no name is given. Speculation would lead us to believe that this might be the rumoured 2007 Transformers movie Megatron, given the price point (189.99 USD) compared to that of Optimus Prime. But let us know what you think in the discussion below, and add your own speculation in light of the April 2019 release date! 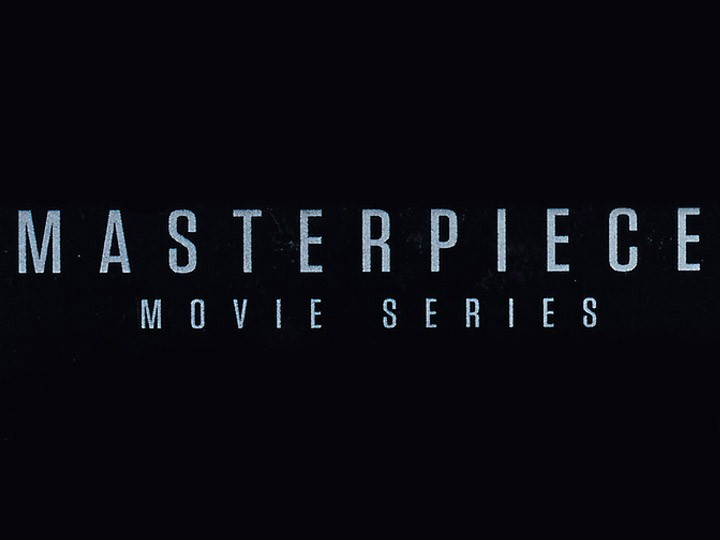 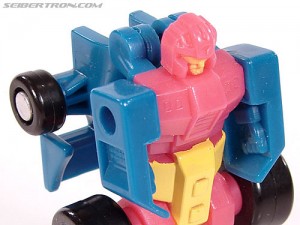 Looking at some Amazon listings for upcoming items from the Transformers: War for Cybertron Siege toyline, we have a number of previously revealed at New York Comic Con 2018 figures - of which you can see images in our very own galleries here, or official images here - including the likes of


What is new, especially at the 19.99 USD price point, is a listing for a Barricade that we had yet to see talked about or mentioned in the line. Join the discussion and speculate away on what the character might be, given the original G1 character is part of the Race Car Patrol Micro Master team! 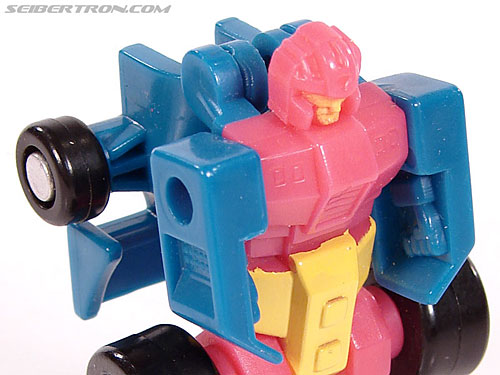 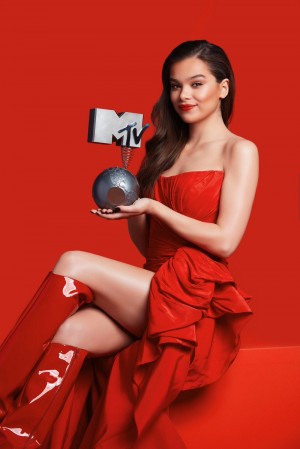 According to main cast member of the human side of Transformers Bumblebee Movie, due out in cinemas worldwide from this December, there may be more than just her acting skills at play in the sixth live action instalment in the Paramount series (though perhaps the start of a new series, after all).

Take it with as much salt as you want, as it's a very vague tweet, but in announcing her hosting duties for the MTV Europe Music Awards in Bilbao, Spain, taking place on 4th November, she also hinted at performing a new song from her other life as a successful pop artist. And via a screenshot - via TFW2005 user Transformers Database - of a now deleted tweet from Ryan Tedder of OneRepublic fame, there may be even more to the piece than hinted at. Join the speculation in the Energon Pub!

I am SO excited to announce that I will be HOSTING the 2018 MTV EMA’s in Bilbao!!! I might just have to perform a new song while I’m there. I can’t wait my loves! #MTVEMA @mtvema 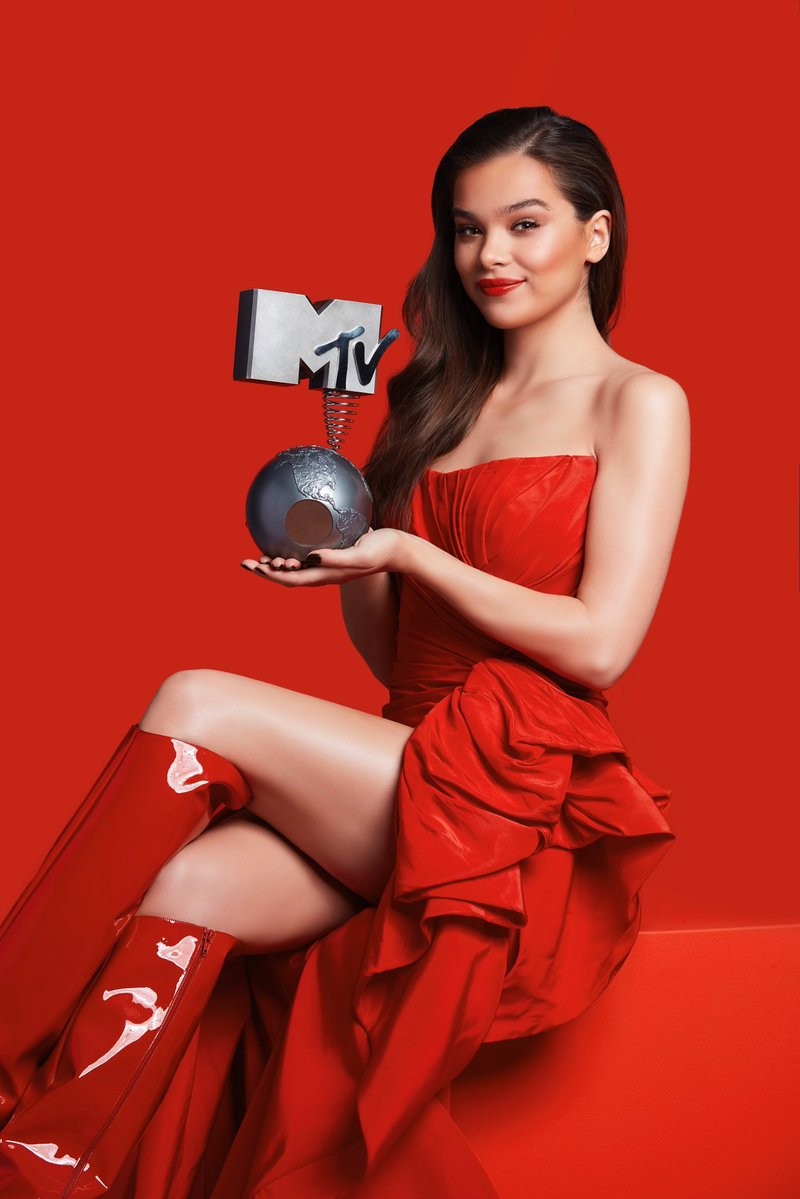 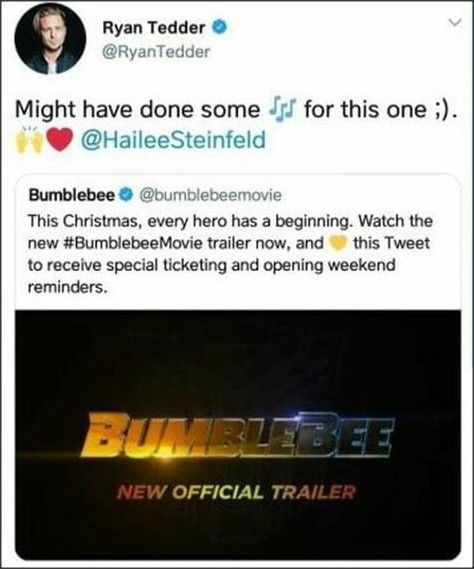 Toys "R" Us Has Canceled Its Bankruptcy Auction - A Possible Return? 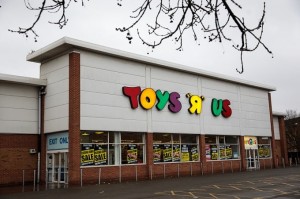 Toys 'R' Us may make a return. According to IGN Toys 'R' Us has canceled it's bankruptcy auction. What this means is Toys 'R' Us is planning a revival of the brand. Toys 'R' Us closed their doors earlier this year in the US. The Wall Street Journal has the details of their plan which includes opening and operating in person stores. Things seem to be early in speculation for now so we can't draw too many conclusions just yet. We here at Seiberton will be crossing our fingers that things turn out. We will give you all of the details as they happen. 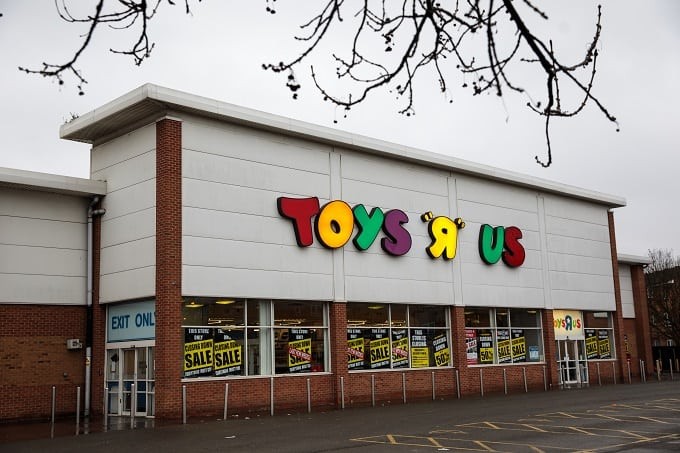