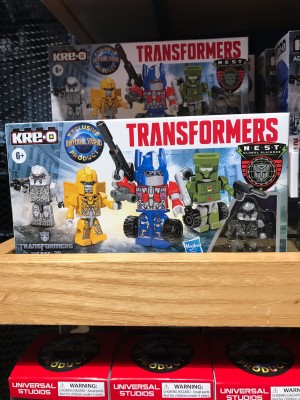 Greetings Seibertronians! Fellow Seibertron user, Shuffler, has made a fun discovery that wasn't covered previously. While vacationing at Universal Studios Orlando, they came across an exclusive Kre-O Set. This set was originally made to promote the 3D Transformers Ride attraction, it featured Kre-O minifigure versions of Megatron, Bumblebee, Optimus Prime and Evac, with all characters designed to look like how they did on the ride. The set was updated in 2015 to give the same characters new tooling for the Kre-O bodies. Now though, the set has been updated, with Evac being replaced by a character called N.E.S.T Sentry. 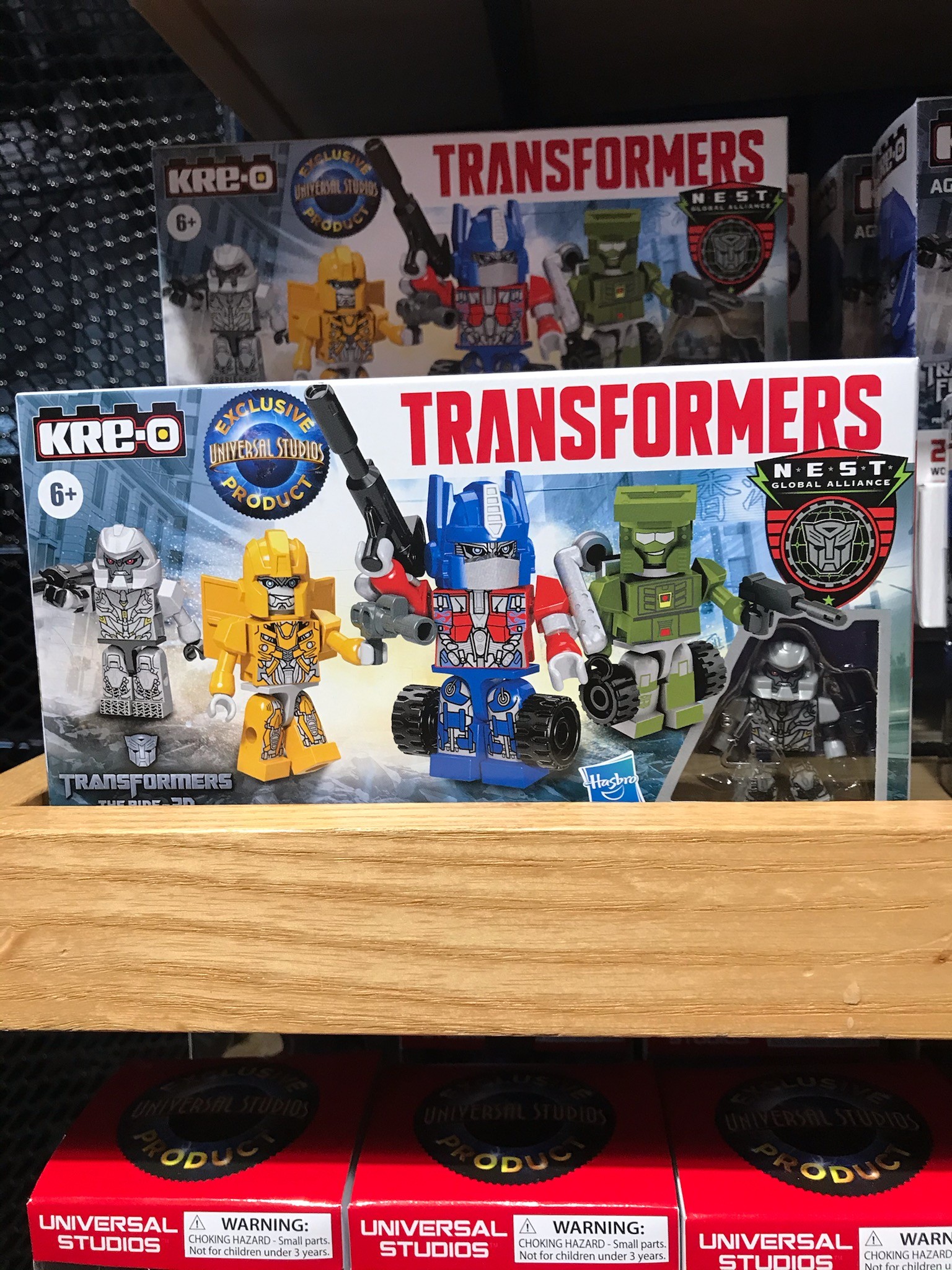 If you look to the right, you can see some of the older sets there, featuring the displaced Evac.

Do you still have a Kre-O collection? Does this set interest you?

Beachcomber.jpg
Which is really weird - as a Universal exclusive, why would they get rid of the character that turns into the ride vehicle? At least the other version is still there.
Re: New Version of Universal Studios Kre-O Set Sighted (2102808)
Posted by o.supreme on April 23rd, 2021 @ 5:10pm CDT
Heh... Its nice to catch up on this every once in a while. I did manage to get the Soccer BB and Summer Drift. This running change is neat, but not enough to go after. Still...if wave 3 of the Kreon Warriors ever shows up at a decent price...

The last time I checked, I had 356 Unique Kreon Mini-Figures. This does not include the above mentioned Polar-Claw, just Newsed Evac, or the Kreon Warriors Wave 3
Re: New Version of Universal Studios Kre-O Set Sighted (2102815)
Posted by Sabrblade on April 23rd, 2021 @ 8:11pm CDT
The change to this set was made in 2020. I thought it had been mentioned here before now, but I guess not.

The sentry being an olive green Beachcomber redeco does make some sense in a very roundabout sort of way. The ROTF Dune Runner toy that transforms into an olive green N.E.S.T. buggy vehicle was redecoed in blue as ROTF Beachcomber, so this is basically an inverse of that, enabling one to repurposes this sentry as Dune Runner if one wanted to. 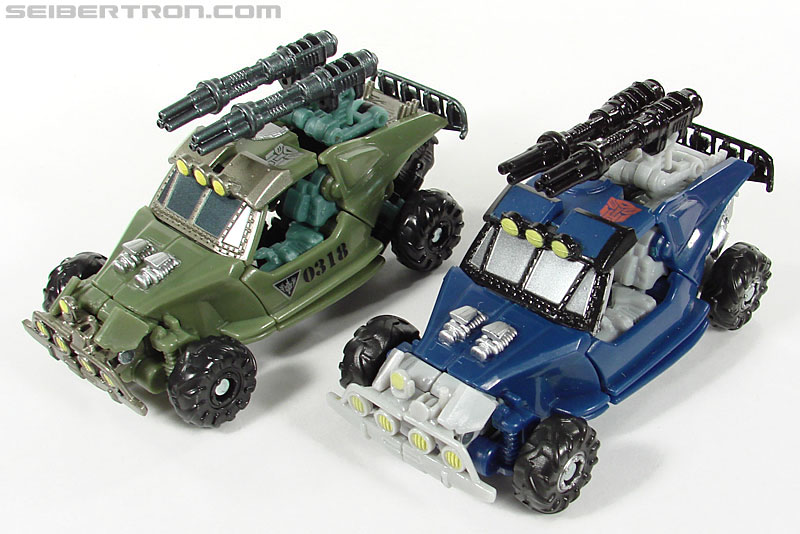 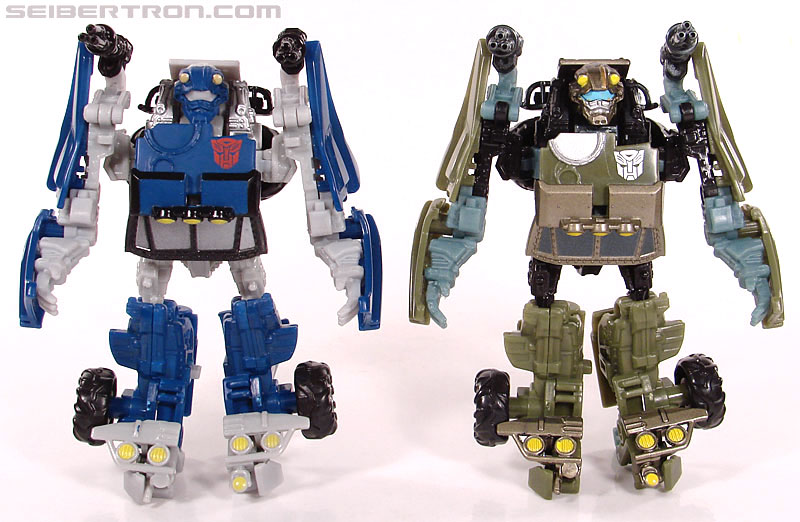 Sabrblade wrote:The change to this set was made in 2020. I thought it had been mentioned here before now, but I guess not.

Same here, I actually almost bought this set when I was there right before the pandemic, but I wanted Evac more. Especially since at the time, that was the only way, aside from a shirt, I was going to get Evac something just to make it memorable, and then I found a loose Evac on Ebay when I got home for less than $50.
Re: New Version of Universal Studios Kre-O Set Sighted (2104107)
Posted by o.supreme on May 10th, 2021 @ 2:10pm CDT
I just recounted my collection. I have 356 ( almost one for each day of the year)

. Completely unique Kreon Mini-Figures. The definition can get convoluted sometimes but this does not include ANY human figures, or micro (single peg) figs (Transformers only). It includes most exclusives. Also reproduced figures from 2015 and on are not part of the total, I don't consider these as truly "New", so I never attempted to get them.

What I do not have though, that I would like to get someday are:.... The Unproduced Wave 3 Warriors Assortment (12), the RiD Custom figures from 2017 (12), and the recently discovered change to the Universal Studios set which swaps out Evac for 1 new Figure (Nest Sentry).

So by my count, that is 25 more I could obtain. Lastly, although it is technically not a Kreon, I still want the Elite Optimus Prime Polybag that was a free Giveaway at TRU in Canada.

fixed...just had a dyslexic moment