Omega Supreme and the green screen 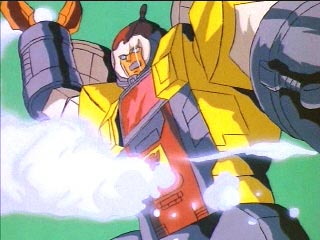 58 captions have been posted for this image so far ...

DeltaSilver88 writes: Omega: Slag it, guys, stop shooting missiles at me to test my armor! I'm not invulnerable like the mistletoe guy!
Optimustard writes: I'm being attacked by clouds! What was this vape laced with unicrons blood?
MemphisR56 writes: Omega Supreme gets into character for his new role as a Star Destroyer in the Star Wars sequel trilogy
Rainmaker writes: OMEGA SUPREME WANTS BACKGROUND
Poyguimogul writes: "Special Beam Cannon!"
carytheone writes: The vaping craze has finally reached Cybertron
Optimum Supreme writes: "SMOOOOOOOOOOKIN" exclaims Omega Supreme as he auditions for the remake of the Mask.
welcometothedarksyde writes: Just do it!!! Make your dreams a reality!
MagnusLabel writes: Omega S.: Smoke machines: too many.
skidflap writes: Omega: Stage Direction: Required.

"Results: 1 cloud. Results: Disappointing."
- Back to top -
Gyconi writes: Damn it, Beachcomber!
Optimus21577 writes: Taa Daa!
Giga Prime writes: "Now for this game, Omega Supreme must try to guess what's going on behind him only using hints given to him by Ryan and Greg."
Vitatech writes: Take this Decepticloud!
datguy86 writes: AND NOW FOR THE WEATHER: OMEGA SIZED CHUNKS OF HAIL FOLLOWED BY IMMINENT DESTRUCTION. BACK TO YOU, TOM.
Super Megatron writes: OMG Optimus cut the cheese again! RUN
warmech95 writes: Does your giant Autobot death machine have trouble starting on those cold, icy, cybertronian winter mornings?

Are you always wrestling with jammed thrusters and frozen ignition keys?

Then you need
SWINDLE'S MIRACLE DE-ICER!!

Which unfortunately won't include him.
Bumblevivisector writes: "Gotta' push the subspace window open wide enough for all my parts to get through - HNNNNNGGGG! - hold on a sec..."
- Back to top -