Megatron plays with his remote control 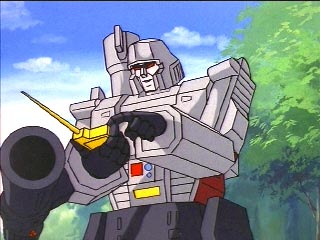 109 captions have been posted for this image so far ...

yes this is the power company is your tellatran running ??? .... WHY yes

Megatron : well you better go
BG the Robit writes: Megatron: Okay, I had Shockwave reprogram this so it can control you instead.
Starscream: Wait, what? *starts moving involuntarily* Woah!
Megatron: Why you hitting yourself? Why you hitting yourself? This is fun!
Rainmaker writes: Megatron: What is this? A contact request from 'HotBae955' on Skype?
DeathReviews writes: 'Can you hear me now? Good.'
Bonerking writes: The human "Zack" thinks I'm just borrowing this, but it shall be I who wins the trip to Hawaii!
- Back to top -
Riptidemtmte writes: "Buildin' a Sentry!"
Rainmaker writes: Optimus: Come on, Megatron hurry up!
Megatron: Wait, I just need to check my Twitter, then Facebook oh then I should check my MySpace...
Optimus: WHY DO YOU USE MYSPACE?
Skyspeed writes: "With this Cassio Classpad 2, I'll never have to use my fingers to count ever again!"
TF Cagle writes: Megatron: Whee ha ha, this is fun!

Starscream: Okay we can stop now Megatron, please!
william-james88 writes: "Dorothy, please use this oil on my joints to get my unstuck!"
Black Hat writes: Megatron got hours of entertainment from his new Scalextric set.
Saphire writes: THIS BUTTON DOES NOT TURN ON THE DEATH RAY. Soundwave, get me some new batteries!
Bluespindash97 writes: At the end of this day one shall stand...
Not now Prime I'm playing candy crush!
jpmonge1984 writes: "This needs to be posted on Facebook!"
Frenchhorngirl writes: "Oooooh... These RC cars are awesome! Wait... I now have control of Roller!!! Wait... *bomb goes off*
- Back to top -
Mjochmann64 writes: (deep voice) No Autobot killing and all play with this magical box is just what unicron ordered!
greenlanterncorpsman writes: This thing is totally bitchin'. Ooh Netflix.
Slipstream619 writes: uh soundwave I might have...well....ummm..... broken rumble and frenzy

M:i tried to make them do the makarena and the control didnt work so i reprogrammed them and now they wont stop
kruiz220898 writes: "I'll show those Autobots who is sexiest with the penalextendinator. Muahahahahaha!!"
trailbreaker writes: "OMG LMFAO LOL"
spartanH85 writes: Megatron after watching Office Space: