Scrapper buried in snow next to Sari 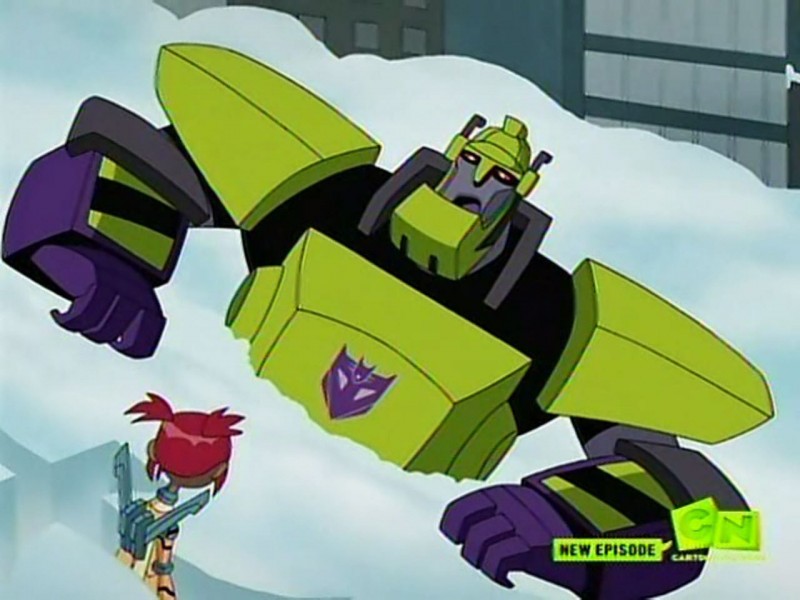 39 captions have been posted for this image so far ...

trailbreaker writes: Too much Tide in the washing machine....
Bonerking writes: Scrapper and Sari headed to Hollywood to demand why the Hollywood movies about Transformers were so bad. After crashing into Michael Bay's home, they found the real culprit.
omegasupreme69 writes: hey kid i mean i am having a bad day here but Your back WTF is up with that...
omegasupreme69 writes: its not easy being green.....
megatron1322 writes: Scrapper takes the tony Montana approach...
Heres a Hint writes: this is not what i had in mind when i said snow is my idea of a good time
Swoopscream writes: Alright.. this is gonna sound nuts... but there was a ghost RIGHT HERE and he sprayed ectoplasm ALL OVER... Do NOT tell Megatron, though.
Black Hat writes: Scrapper: Good Primus...What did we do last night?
Zeedust writes: Sari: "That's not how you make snow angels, Scrapper."

Scrapper: "And the jetpack is part of how you usually do it?"
Road Turtle writes: Sari, "What do you mean you're stuck in the snow? You turn into an excavator with treads. Ugh, you're so lame."
- Back to top -
MarkNL writes: Sari: I've found my christmas tree!! Gimme some decorations!
Scrapper: uhhh?
Sari: EEK! *Scary voice: It's Alivvveee...
dedcat writes: Sari takes the Cool Whip/Coo-Whip debate VERY seriously.
snavej writes: Suri: What happened?

Suri: No, that would rip off 'The Big Bang Theory'.

Scrapper: O.K., just sing a dirty song by Gary Glitter, then.
snavej writes: Suri: Found you. You're 'it'.

Scrapper: Should have repainted myself white.
BenderCrosby1 writes: Kid! Next time, warn me before they cross the streams...
Evil_the_Nub writes: Quick! Get me outta here before Dr. Rockso finds me.
Gonshyk writes: Sari: Bad, bad Scrapper, I know that you like me very much, but you have to be modest! This is a children's cartoon!
- Back to top -
Spleenzorio writes: I can explain
Red_Sun writes: Scrapper:"I said no yodel, but he didnt listen to me. Stupid Snowcat!"
MasterSoundBlaster writes: "When I asked Charlie Sheen for some acting advice,this isn't what I expected he would do."
silentken writes: Well, thats it for Mr. Stay Puff...I Love this town!!!!
LikeaBoss writes: Scrapper: SO MUCH COCAINE!!!!!
Trikeboy writes: Sari: Look Scrapper, look what I just made. That is how you make a snow angel. You have to lie down, not just stand in the snow.
Gundamu writes: Scrapper: What can I say? It's a hell of a drug...
Foximus writes: Sari: Seems like our extreme snowboarding caused an avalanche...Let's do it again!
d_sel1 writes: Sari: It is only 10 feet of snow Scrapper. What, did you grow up in Texas?!?
snavej writes: Scrapper: The colour scheme is a Hulk tribute.
- Back to top -
snavej writes: Scrapper: Embarrassing! Put my picture on the internet and I weel keel you!
DINOBEAST writes: "sigh" This, is why girls shouldn't pee whilst standing up.
#Sideways# writes: "Looks like Scrapper..."

YEAAAAAAAAAAHHHH
snavej writes: This is how much cocaine was used in the making of all Transformers stories thus far. A much larger pile was used during the making of all Transformer toys. The Transformer games makers prefer meow meow.
Ryuki writes: well, isn't this an irony... a decepticon whose alt mode was supposed to be power shovel trapped in the ice ?
Ominous Prime writes: Dig myself out? What do I look like, an excavat... oh, right.
MasterSoundBlaster writes: Well don't just stand there,go grab a shovel!!!
Bumblevivisector writes: SCRAPPER: "No way was the catalyst mixed right; I'm getting out before I'm trapped in this silicone!"

SARI: "Look, HasTak decided ignore all TFA Costructicons, so it's reverse-molded KOs, or no toys period!
5150 Cruiser writes: This isn't were i parked my car
- Back to top -