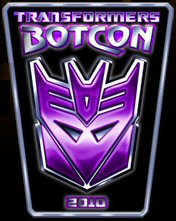 Pete Sinclair of Fun Publications sent us this notification about the Botcon 2010 Timelines Comic being solicited by Diamond in the September Previews catalog.

The following Transformers comic solicitation is in the current issue of
Previews. Walk, Run, Drive to or Call your local comic shop and make
sure to ask them to order TRANSFORMERS TIMELINES FALL SPECIAL:
GENERATION 2 REDUX! Spotlighted with order number on Page 277 of the
September Previews.

After the Rebirth of Cybertron it seemed the galaxy would finally be at
peace, but a new battle has begun! A "second" generation of
Transformers, born on Earth and considering this planet to be their true
home, find themselves fighting to prevent the outlaw Decepticon Clench
and his rebels from putting the lives of both Autobots and Humans at
risk. Though the confrontations have been relatively contained, a new
player has entered the game: Sky-Byte, a Predacon from Quintessa who has
apparently unlocked the secret of Transformer superpowers! Get ready for
all the mayhem as the Transformers from Generation 2: Redux go toe to
toe in an all out super-powered battle!

Robby Musso is behind the amazing art in this issue of Timelines, based
on the amazing convention set first seen at BotCon 2010! Featuring
exclusive character Profiles and other bonus content. Diamond edition
cover by Alex Milne. 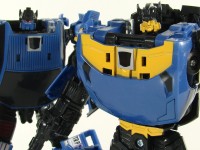 BotCon: VERY limited number of Cyclonus's also available! Shattered Glass is where its at!

Quantities are very limited. Click here for the order page. 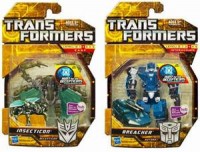 We just received the following message from our friends at the Transformers Collectors Club!

New in stock at TransformersClub.com/shop! The Transformers Collector's Club have updated their website with a preview of the August/September issue of their magazine. The main topic inside will be a Botcon 2010 recap, but there are some other things too. Derrick Wyatt was kind enough to provide profile art for Elite Guard Metalhawk and Casey Coller continues his ongoing work with a specific Decepticon Warlord. To view the sneak peak at the cover and read the original post, click here.

In addition, the Club has announced that David "Walky" Willis of "Shortpacked" fame, will be doing a new comic strip for the Club Magazine called "Recordicons". According to Walky, this new strip will focus on the adventures of Shattered Glass Ravage. 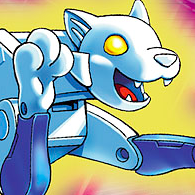 Much like they did with Botcon G2 Redux Rapido, the Transformers Collectors Club is filling out the details of the exclusive toys included in the 2010 Botcon G2 Redux Set.

Previously, Rapido's tech info, and bio were only available in Spanish, until the week following Botcon the club posted the English translation of this bio/tech spec on their website.

Now for the next step, to give Shattered Glass Ravage, who was packed in with the Universe/Classics Hound repaint, SCORCH, a tech spec and bio of his very own.
Today, on the Botcon Twitter feed, an SG Ravage twitpic was posted with his file/tech spec.

Check out the Twitter Pic of his file here and the details of the tech spec below!

Enjoy the humor that is Shattered Glass Ravage.


Ravage- Good Kitty
"Out of Sight, out of mind. GTG TTYL"

Ravage always wants you to know exactly where he is, and what he is doing. An endless attention seeker, he can always be found perching from the top of the most visible structure, excitedly waving his little paw, hoping you catch a glimpse of him. Megatron has long since ordered Decepticons to maintain eternal radio silence, not only because of the possibility of Autobot interference, but because Ravage can't stop sending radio communications, telling others his location and what his current moos is. Now that he's on Earth, he's become addicted to social networking and micro-blogging. Unsurprisingly, none of his fellow Decepticons have followed through on his friending requests. You can sign up to hear Ravage's thoughts about his alt mode, and his conversations with SGSteeljaw here.

While you're thinking about social networking and friending, you should know that you can become a friend of Seibertron.com by checking us out on Facebook, and Twitter. 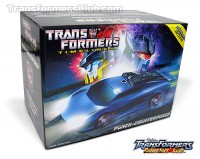 We just received this quick email from Brian Savage from the Transformers Collectors' Club:

Brian wrote:
I hope you are all having a great summer!

Here are the latest updates:

Punch Counter/Punch is still not here from China. We will not be taking new orders until he arrives sometime in August. That way your order will ship the same week as when you place it. We will send out an email when the item goes into the store. If you have ordered this in the past, do not order another as we will cancel your order minus a cancellation processing fee. Also, you will be limited to 1 per person. If you order more than one, we will cancel your entire order minus a cancellation processing fee. You must be a member in good standing to order this figure. We will have approximately 300 new pieces (we need to hold some back for possible damage).

We have signed a second hotel agreement for BotCon 2011 with the Pasadena Hilton (3 blocks from the convention center) and you can go to BotCon.com to make your hotel reservation. Please let us know if you have any issues.

Thanks for your support and keep it cool in the heat!


Seibertron.com: your ultimate source for BotCon 2011 news and much more!

For those of you who ordered the Botcon 2010 Rapido vs. Cindersaur souvenir set from the Transformers Collector's Club Online Store, make sure to keep your eyes on your mailboxes. E-mail notifications are now being sent out that the souvenir sets are now in transit. Be sure to check your e-mail accounts if you chose a shipping option with tracking so you can follow along with your exclusives trip from Texas to you! Below is a sample of the email with the exclusives shipped USPS Priority:

A package was shipped to you on 07/16/2010 via U.S. Postal Service Priority Mail to the following address:

The following optional services were used: None

To check the delivery status of your package at any time please visit:
https://www.endicia.com/Status/
or the U.S. Postal Service's web-site:
http://www.usps.com/shipping/trackandconfirm.htm

Get it while they're hot. If you were unable to obtain any BotCon 2010 figures, then Pete Sinclair has some good news for you. All remaining 2010 BotCon stock has been put up on the Transformers Collectors' Club store. However the toys this year were quite popular, as only the Rapido and Cindersaur souvenir set remains. The five-figure box set, Scorch and Double Punch set, and Sharkticon 3-pack were all sold out at the convention. There's only a limited quantity remaining, so get a hold of BotCon history by checking out Rapido and Cindersaur's product page. Both TFCC members and non-members are capable of buying this set! 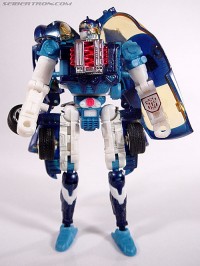 News just in from the Official Collector's Club panel at Botcon, staff member Razorclaw0000 has confirmed the 2011 Transformers Club exclusive membership figure will be a homage to RID Sideburn. The toy itself will be a blue redeco of Classics Rodimus. Stay tuned for a full panel report!

In addition, the 2011 club exclusives were announced:

As the panel was closing, Brian Savage made the mention that there will be 300 Punch/Counterpunch figures that will be available for preording within the next few weeks. These figures will only be available to Club members who did NOT purchase a Punch.Counterpunch figure yet, and will be limited to one per person.

Seibertron.com: Your number one source for Botcon news! 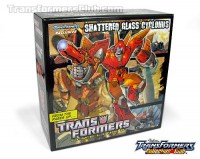 Transformers Collector's Club has updated their website with the new box-art preview images for the Punch/Counterpunch & Shattered Glass Cyclonus. To get the update information on the shipping of these figures, can check out our previous news post here.