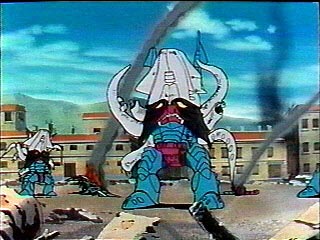 120 captions have been posted for this image so far ...

Overlord: STAY, tentakill! Down boy! Good squid!
Unknown writes: how many times did you say I got beaten with the ugly stick?
Unknown writes: "No! My house! Look what you did to my house!"
Unknown writes: And Timmy wondered if the Ugly Duckling fable was true.
Unknown writes: ...and Limp Bizkit was never heard of again.
grimlock writes: oh oh so this isnt the set for power ragers.
my mistake
Bombshell writes: No wonder I hae no friends!
- Back to top -