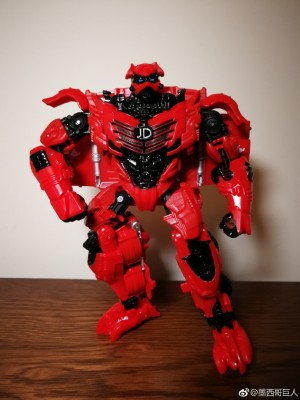 Thanks to Weibo user 墨西哥巨人, we have some brand new in hand images of the upcoming Hasbro China JingDong Exclusive Red Knight figure! This figure is a major retool and repaint of the Age of Extinction Galvatron figure, featuring a pretty awesome looking new torso sculpt along with a very interesting new head. The figure also showcases a loud red and black color scheme, making him quite the eye-popping figure. He includes some of JingDong's logos tampographed on himself. He sadly lacks any accessories.

This figure was due in October, and we can see that he is starting to make his way out to the public. This figure is an exclusive to JD itself.

Check out the new in-hand images below, and let us know what you think of this Red Knight in the comments section below! 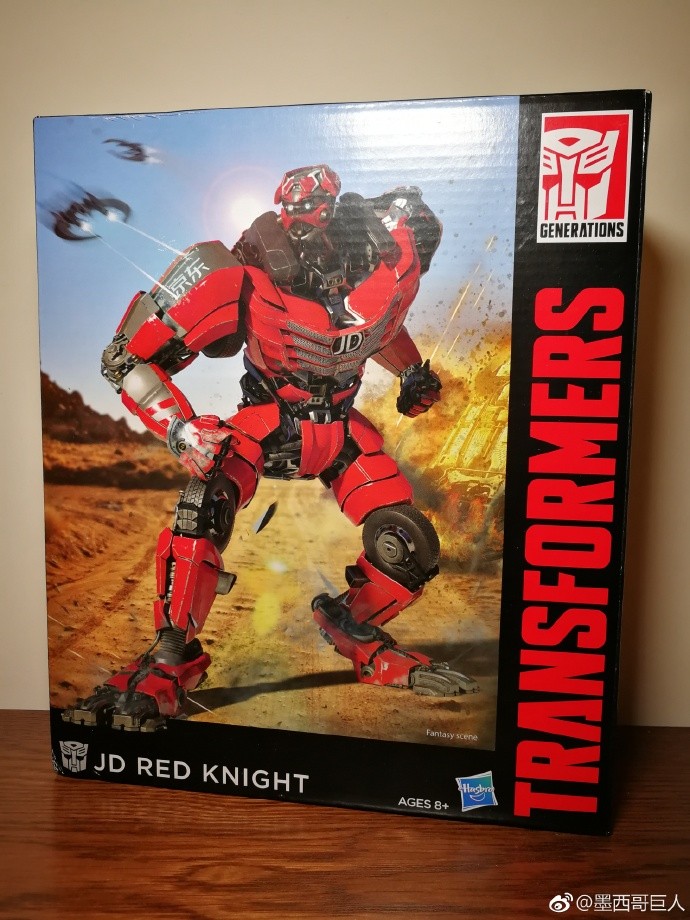 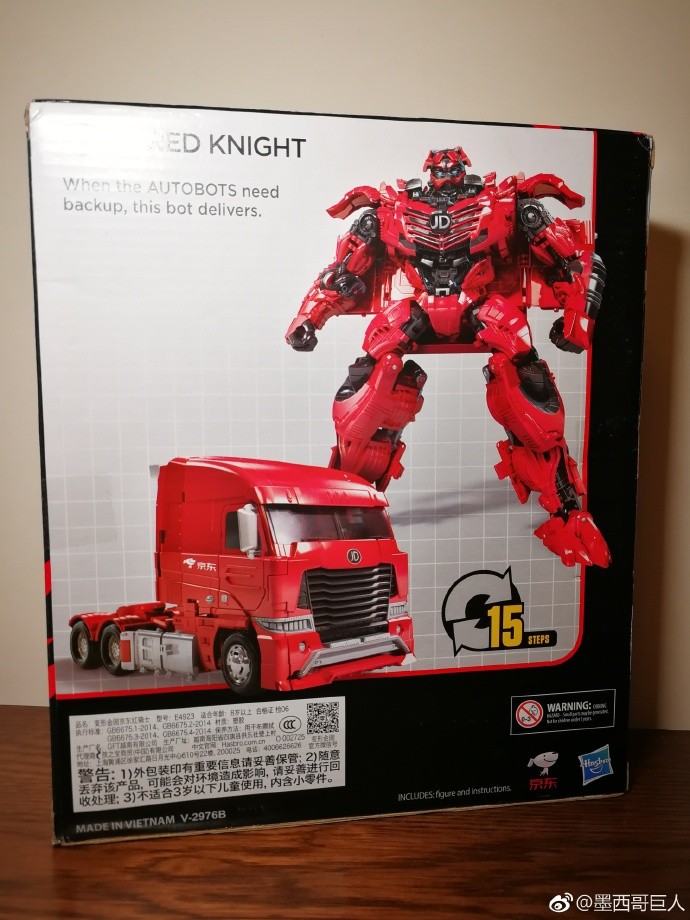 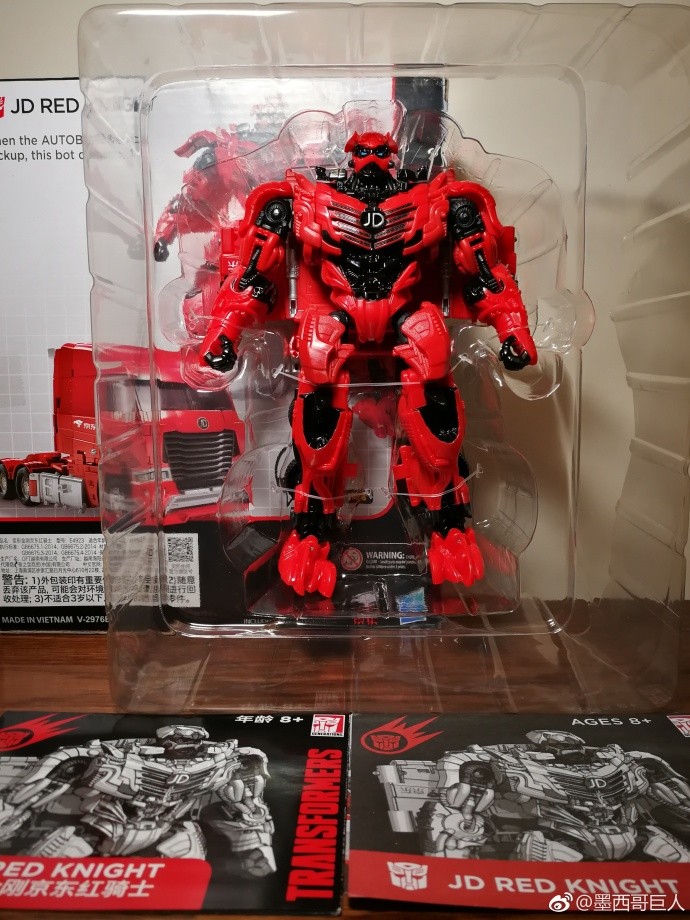 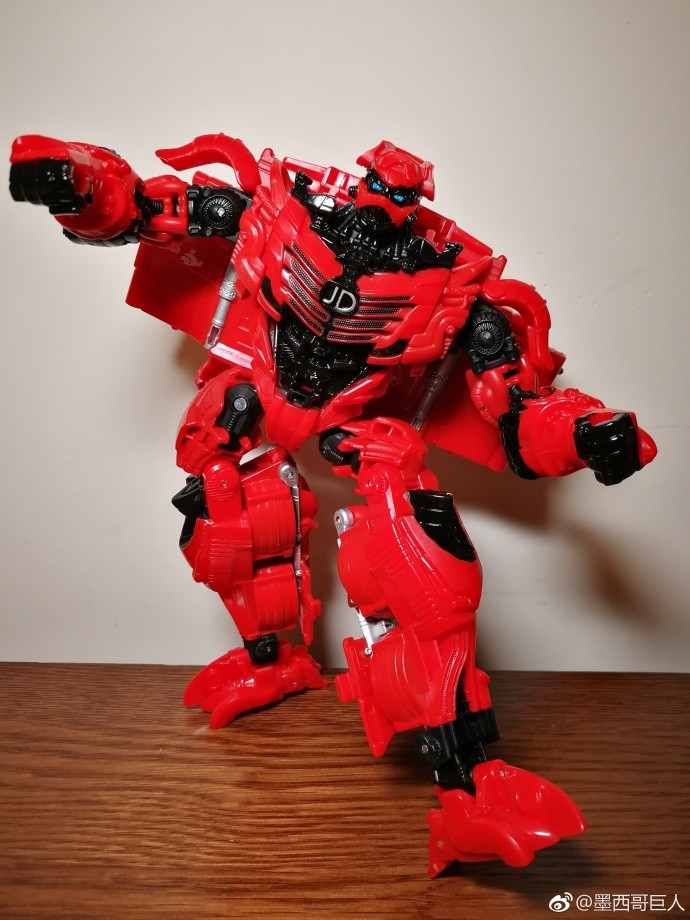 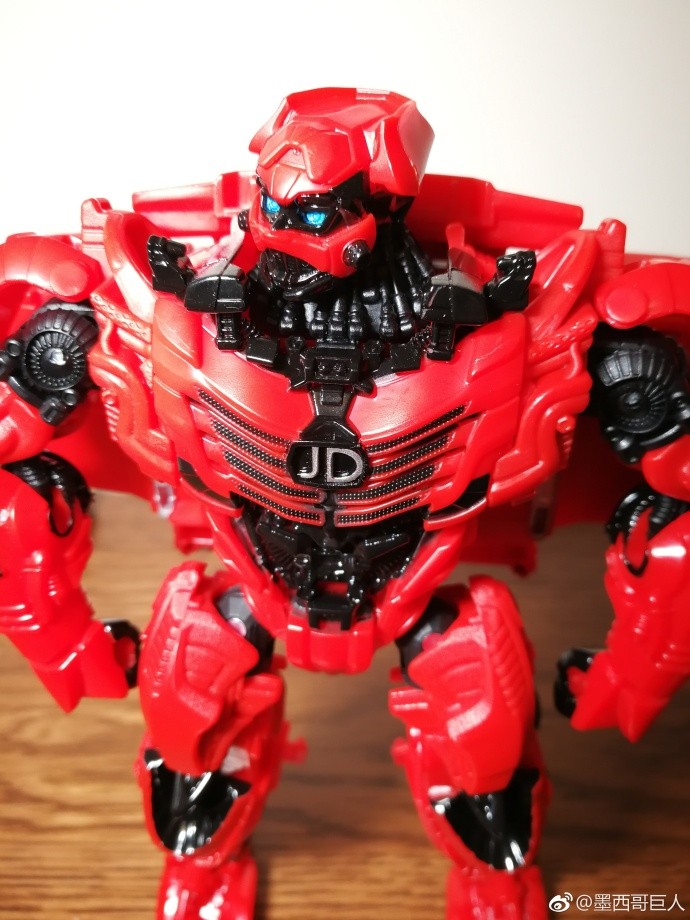 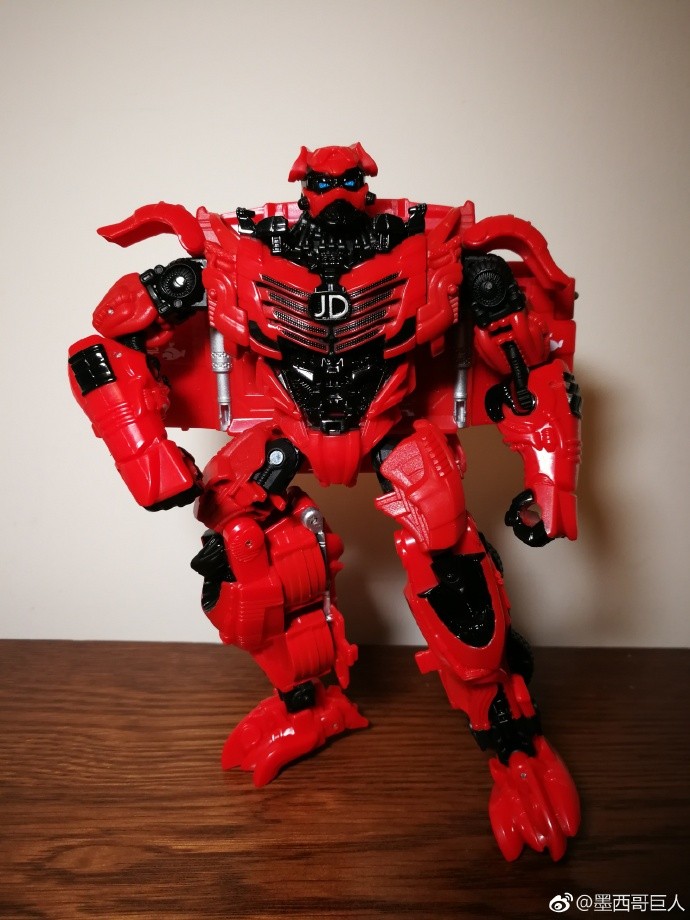 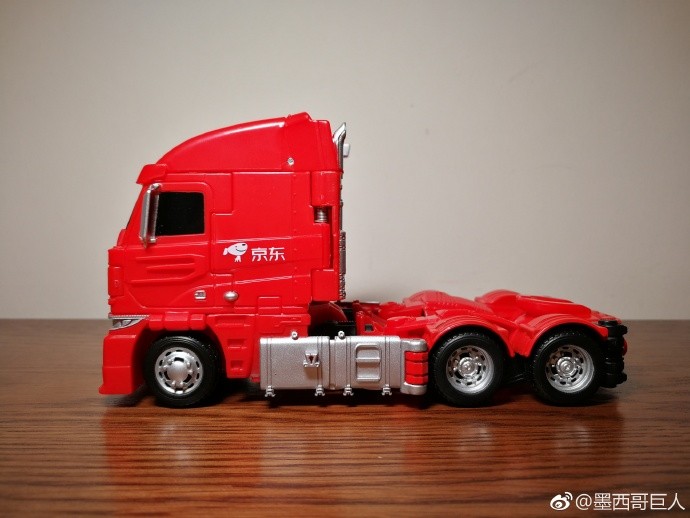 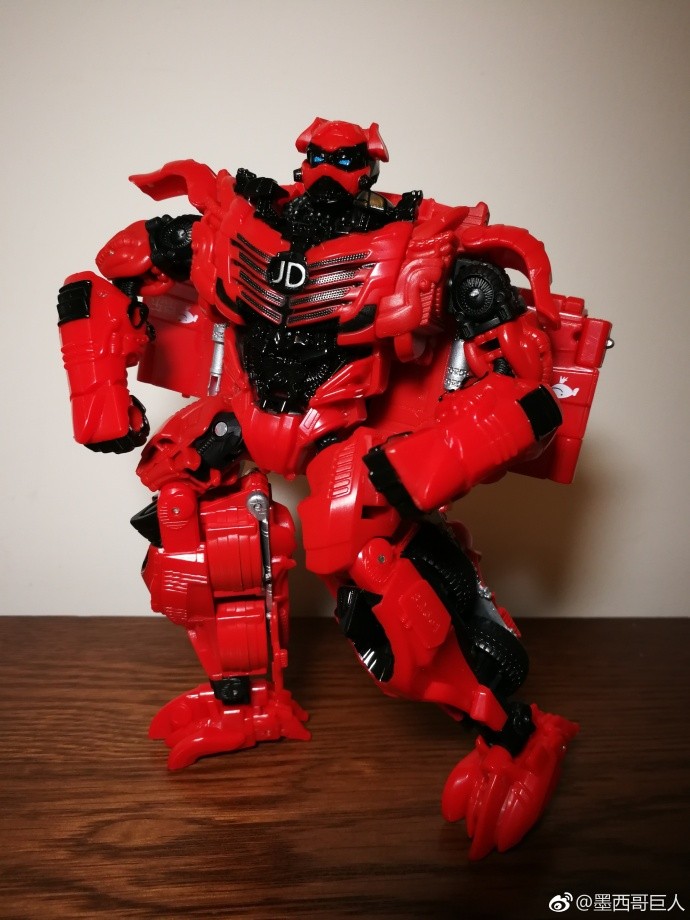 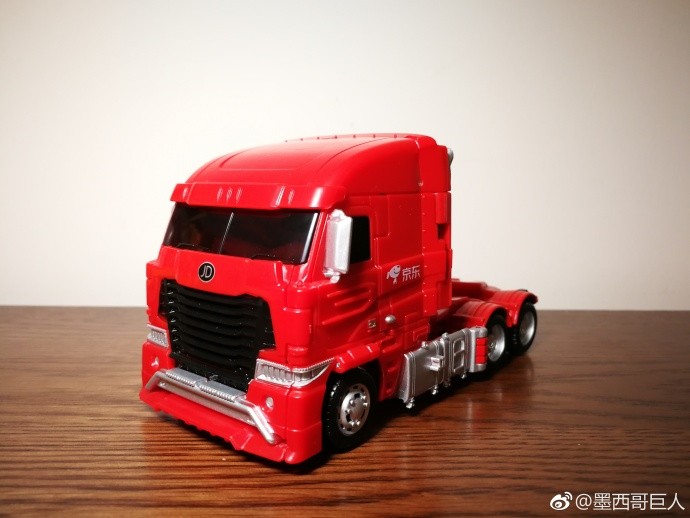 Posted 3 days ago
News Categories: Toy News, Movie Related News, Cartoon News, Comic Book News, Site News, Rumors, Event News, Digital Media News, Collectables, Sponsor News, Game News, Site Articles, Store News, Company News, People News, Press Releases, Reviews, Sightings, Unlicensed Products News, Auctions, Transtopia, Interviews, Knock Offs, Collector's Club News, Editorials, Heavy Metal War, Podcast, Contests, Book News, Top Lists
Click here to post your comment about this news story!
Re: In Hand Images - Hasbro China JingDong Exclusive Generations JD Red Knight (1992768)
Posted by Evil Eye on November 6th, 2018 @ 9:58am CST
I legit thought this thing was a bootleg when the leaks started flooding in. To be fair the extreme monotonous colour scheme is not doing it any favours as a lot of that tasty detail gets washed out in all the red, and honestly I like how it looks better than the AOE Galvatron version (the toy that is, I hope we get a good SS Galvatron as I like the movie design a fair bit) but between the probably rarity, the terrible name and the fact he'd need some extra paint to not look ridiculous, I'll pass.

That said I don't hate him, and if I somehow end up owning one I'd be tempted to headcanon him as a man-made TF built by KSI at the behest of the Chinese government. He goes rogue like the other KSI bots but due to his base programming and some bizarre twist of fate, his newly awakened personality is as red as his colour scheme and he becomes the leader of the "DeceptiCommunists", a group of disenfranchised Transformers with a decidedly Soviet outlook on life. Perhaps call him "Red Menace"?
Re: In Hand Images - Hasbro China JingDong Exclusive Generations JD Red Knight (1992781)
Posted by -Kanrabat- on November 6th, 2018 @ 11:16am CST
I'd like to have it, but only if found for relatively cheap on Mandrake at a later date.