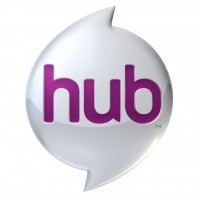 The Hub will be airing a "Trans4th of July" marathon this holiday weekend featuring seven hours of back-to-back episodes of "Transformers Prime" and "Transformers Generation 1". See the press release originally posted at The Futon Critic below.

On Independence Day (Monday, July 4) from 1-8 p.m. ET, the Hub TV network 'rolls out' a Transformers summer celebration with a seven hour "Trans4th of July" programming marathon featuring back-to-back, action packed, alternating episodes of the Daytime Emmy Award(R) winning "Transformers Prime" and the iconic '80s animated series that started it all, "Transformers Generation 1." Fan-favorite episodes from both shows will air thematically linked episodes, encouraging fans young and old to experience together the series and its beloved characters.

As an added bonus, special programming informational "Autobits" will pop up during the television episodes with trivia about the two series to test viewers' knowledge of the epic mythology behind the Decepticons and the Autobots. Fans can also go online to Hubworld.com to see additional episodes and engage in a variety of interactive Transformers themed games.

Nominated for six Daytime Emmy (R) Awards (including two Daytime Emmy(R) Award wins), the Hub Original Series continues the legendary battle between archrivals Optimus Prime and Megatron who once again face-off in their epic rivalry for control of the Earth. The new, half-hour animated series produced by Hasbro Studios features iconic characters of the franchise as well as introduces new human characters to the action series.

For more information about The Hub and to find the channel in your area, visit http://www.hubworld.com and check the Channel Locator at the top of the page. The Hub, a television destination for kids and their families, is a joint venture of Discovery Communications and Hasbro, Inc. You can visit The Hub on Facebook at http://www.facebook.com/#!/hubtvnetwork.