Transformers 3 to film in Detroit in August 2010 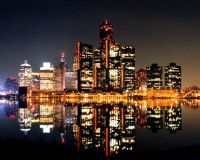 Freep.com has reported that Michael Bay film crews will head over to Detroit in August for the filming of Transformers 3, according to Gabriela Gutentag, a spokeswoman for the movie.

The filming is expected to last for 2-3 weeks. This is not the first time Michael Bay shoots his movie at Detroit, as scenes for the first “Transformers” were also filmed in Detroit, including at the Michigan Central Station. Bay also filmed scenes here for the 2005 movie “The Island.”

You can read the full article here.

can't wait to hear when filming begins, I'll be sure to drive by to see if I can see any filming