Unknown Transformer in The Last Knight 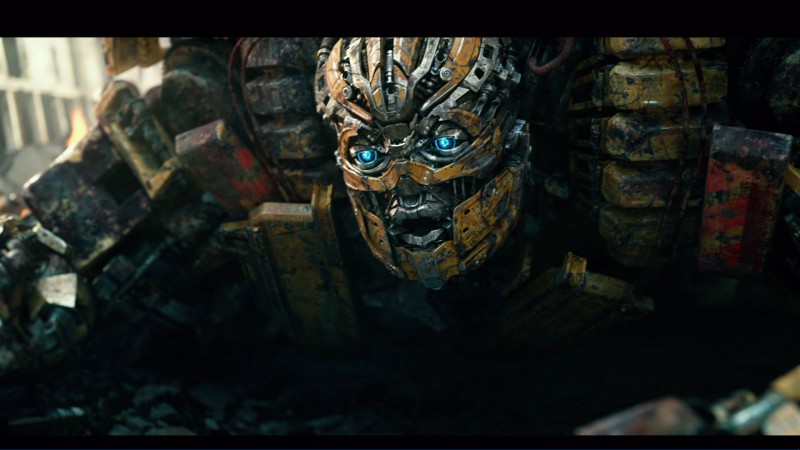 106 captions have been posted for this image so far ...

Transformer: The most important one: her name is 'Grumpy Cat'.
snavej writes: I'm here to audition for the role of Herbie in the remake of 'The Love Bug'. Does anyone know a good agent?
snavej writes: Interesting website, Rotten Tomatoes. Let's see: 57%, 19%, 35%, 18%; I wonder what score we'll get?!
snavej writes: I could be known as Huffer, you know, because I do a lot of huffing. I hear that Earth has a wide range of chemicals that I could huff. My head's swimming just thinking about it!
- Back to top -
snavej writes: Staring contest? I GOT THIS!
snavej writes: Crashing into the middle of a major sports stadium: not the best way to stay in disguise.
snavej writes: Get this: Mark Wahlberg is actually Marky Mark in disguise! Who knew?! He's practically one of us! I still have so much to learn about Earth.
snavej writes: I swear by my microwave eyes that I will protect you, humans. Oh, I was too late. Somehow you have been burnt to death. [Wanders off casually] Nothing to see here!
snavej writes: I transform into a medium-sized rotavator. Whose coked-out idea was that? I'm going to my virtual trailer and I won't come out again until someone sorts out this deeply insulting fiasco.
snavej writes: Blow job, anyone?
snavej writes: Quick, I need a name! Which one do you think is best: Roughstuff, Clench, Flare-Up or Drill Nuts?
snavej writes: I'm here to advise the human race to eat their brussel sprouts. It is the only way to defeat evil!
snavej writes: Get away from me, humans! The film makers have stuffed my rear end with fiery explosives! Or possibly sage and onion mix. Either way, run!
snavej writes: Could you please direct me to the nearest dermatologist?!
- Back to top -
snavej writes: Arise, Potatotron!
Shauyaun writes: Unknown Transformer in The Last Knight :What do you mean "unknown"?!
Don't you recognize me?!
Seriously?!
I'm one of the most well known Transformers out there along side OPTIMUS Prime and Starscream!
You guys sure you're Transformers fans?
Fine It's
Decepticon Stryker writes: Transformer: "Who am I? WHO AM I!?"
Bay: "You're a brand-new character!"
T: "Oh good!"
B: "Who'll die in a few seconds..."
T: "Okay..Wait what?"
Powermaster Swag writes: Hey, I just met you! But screw my name, now... cause I'm gonna die. In 5 flat seconds!
Quantum Surge writes: Food...water...atmosphere...
Towline writes: 20 Years after Robots in Disguise 2001 went off the air. Towline finally gets to achieve his life long dream. Being in a Michael Bay film.
claborn writes: After binging on too much energon, Wilson soon remembered by you don't transform under the influence.
UnderYourCloset writes: Gimme a cookie, THEN I'll jump out of the way of the principal's office.
DR0hNO writes: *fat guy voice* "Hey, got any doughnuts? im so hungry."
UnderYourCloset writes: Cocoa. I need... COCOA...
- Back to top -
Rainmaker writes: I'm new but it looks like I'm already dead
LE0KING writes: advocate xaaron?
Bumblevivisector writes: Bumblebee? But...I'm allergic to bee stings!
Sarahthecutevixen writes: Did anyone catch the serial number on that Space cruiser?
Sarahthecutevixen writes: Arise Bumble Trion
Nemesis Maximo writes: "This sidewalk needs salt."
- Back to top -