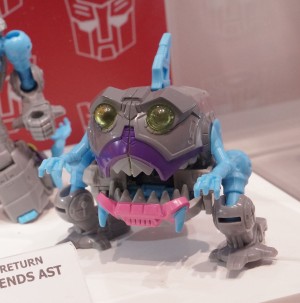 Welcome to the latest episode of the Seibertron.com Twincast / Podcast! This very special LIVE, video-recorded episode features your host ScottyP along with cast members Counterpunch, RodimusConvoy13, xRotorstormx, TigerTrack24, Megatronus, and for a few fleeting moments, Seibertron himself, live from San Diego! Listen in as we discuss the latest news and reveals coming out of the vaulted halls of SDCC.

Episode #151 "SDCC 2016" is available directly and in our RSS Feed, and should appear on iTunes and Stitcher Radio within 24 to 48 hours of when you see this news post.

As a special bonus in the audio version of the show, join Seibertron at SDCC 2016 as he talks with members of the Transformers brand team! Transformers Generations Product Designer John Warden and Assistant Brand Manager, Transformers Luis de Armas answer questions about Titans Return, Fortress Maximus, Trypticon, and more.

Thanks as always to our amazing friends at Hasbro and the Transformers Brand Team!

The remainder of the show kicks things off with a lively discussion dissecting one of the biggest reveals of the show: triple-changing Titans Return Voyager Megatron. The cast has both high hopes for and reservations about this figure - but bigger news awaits. 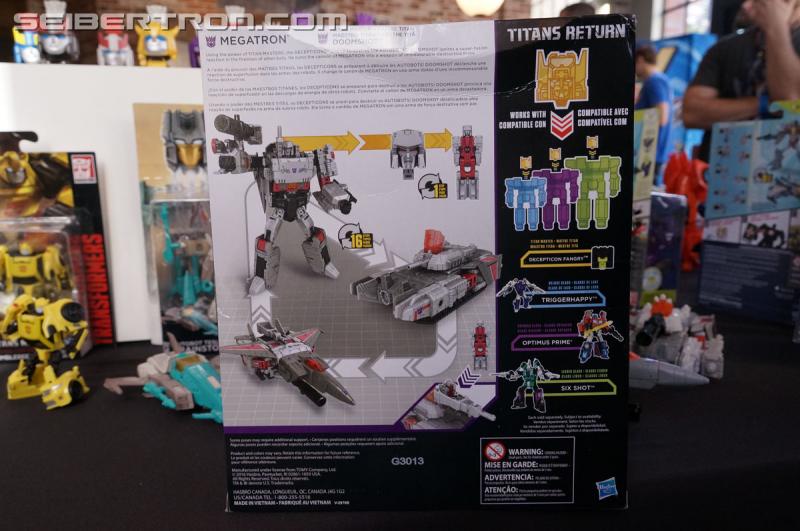 Do you see what I see? (No, it's not a Triggerhappy Optimus.)

We move right along to some exciting Legends reveals: an all-new Bumblebee (yawn) and Gnaw, the Sharkticon (yay). As we bemoan the inevitable shortage of these nifty little troop-builders in the making, one question rules all: does Gnaw have a fat head? Watch or listen to find out. 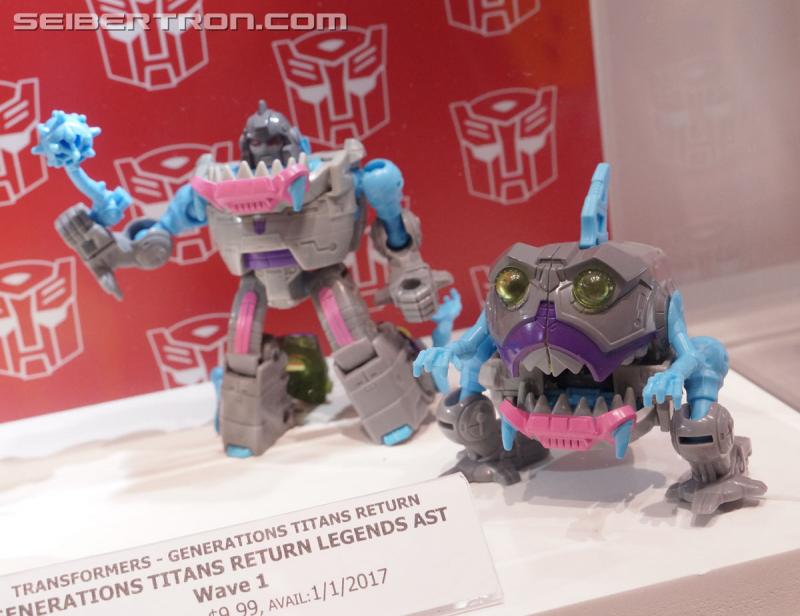 Titans Return Legends Lione (Sawback) and Overload (Overkill) are on the block - as are their strange and wondrous alt modes. Before the Twincast can get too deep into the weeds, a question emerges: what missed opportunities do we see with this line of Headmasters? 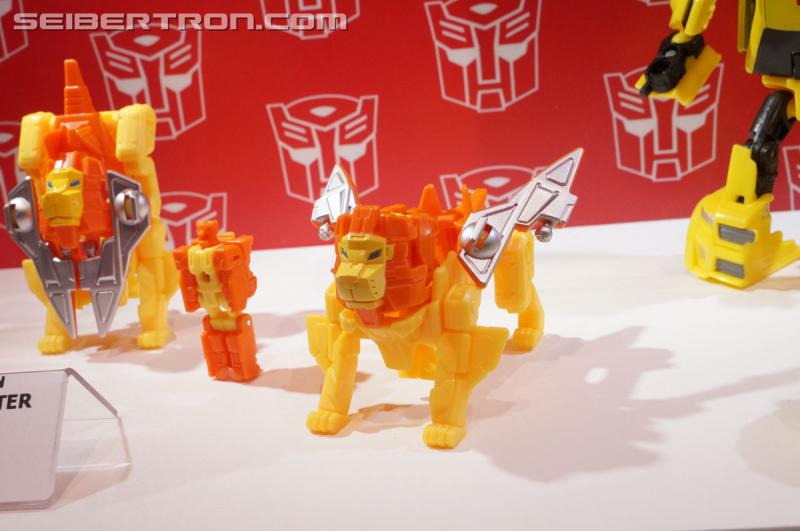 Free cookie to whoever can tell me how that alt mode works.

Ever since he was leaked at Botcon, Liokaiser (video here) has been generating considerable excitement - but not everyone is pleased. Tune in to find out what's bugging the crew, and why some might be passing on this Platinum Edition set. 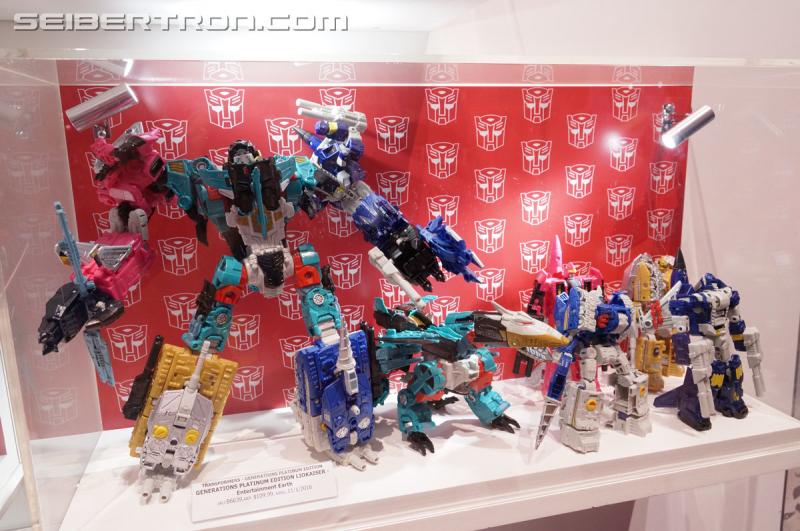 The boys are back in town... minus one.

RID gets some much needed love with Super Ginrai, a showdown set with stasis pod, and... Starscream? That's right, one of the Decepticons most conniving players makes an entry into both the cartoon AND toy line. Tune in to find out which version we prefer. 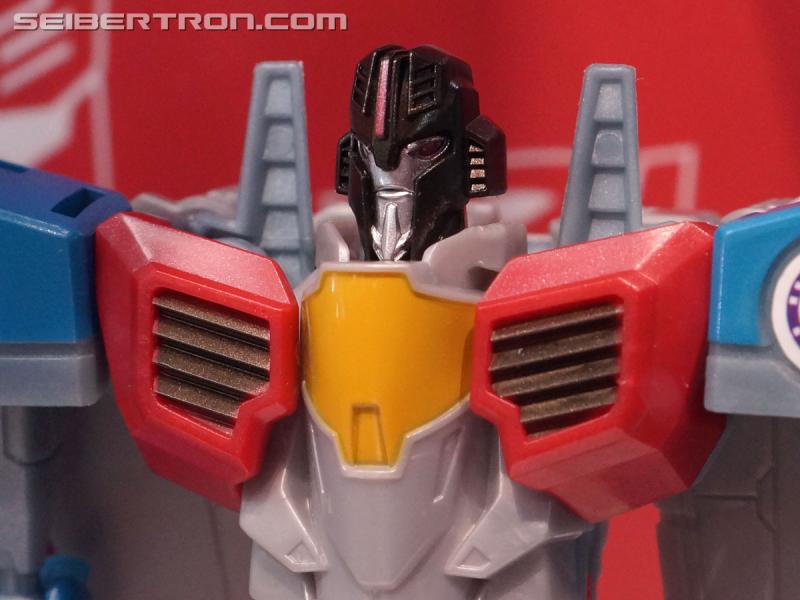 A face only a mother could love.

Viva La Revolucion! That's right, the Revolution is upon us as we discuss the latest and greatest in comics - for those looking to avoid spoilers, this section occurs from one hour and fifty one minutes to approximately two hours and sixteen minutes. 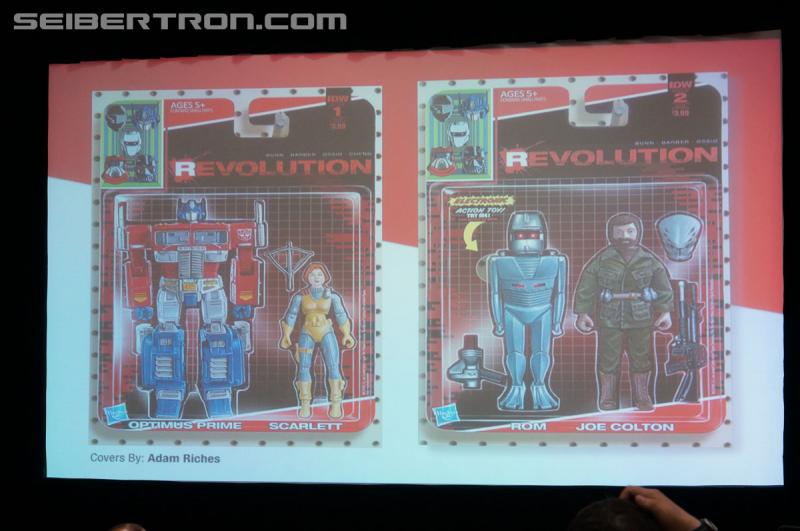 BREAKING NEWS: straight out of Wonderfest, we have color pictures of the highly anticipated Masterpiece Cheetor. The crew is pumped as we parlay this topic into a listener question: what does the crew think the next 5 MPs will be? 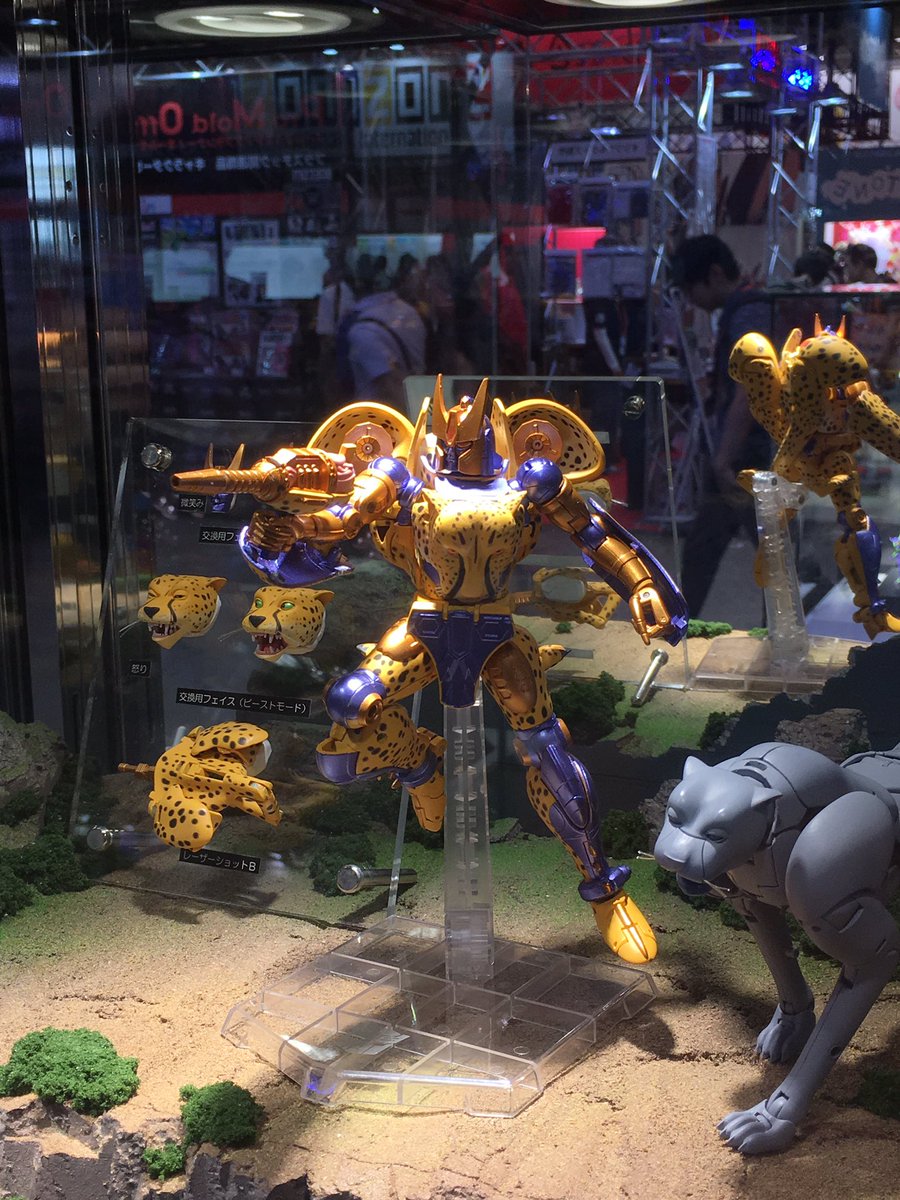 We wrap up our video live show with everyone's favorite segment: bragging rights. Some of us are still waiting on Titans Return to hit shelves; others have some shiny new toys (literally) that steal the show.

I'd be down for that.

On 153 (yep) which is out next week-ish, while talking about TR Fort Max/bases I forgot to bring up how cool the Rescue Bots playset compatibility is right now. Those little hexagonal connectors lead to some fun possibilities!
Re: Twincast / Podcast Episode #151 "SDCC 2016" (1821197)
Posted by chuckdawg1999 on September 2nd, 2016 @ 11:07pm CDT

I agree with you 110% on Lio Kaiser. They could've done the set right, instead, we're getting another box set of repaints. Heck, I would've preferred a re-release of the original set.