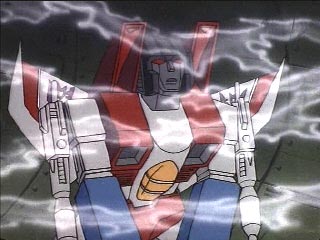 74 captions have been posted for this image so far ...

Megatron: Don't worry Starsream it won'y kill you. (whispers to Soundwave) Quick let's get out of here.
TheWeirdOne12 writes: I swear! They're mint leaves, not pot leaves!
william-james88 writes: Awww yeah, this smell reminds me of the college days... afghan kush...
Bluespindash97 writes: Starscream needs to listen to some Earth,Wind and Jetfire right now!
jpmonge1984 writes: "Eat the beans they said!... they are delicious they said!"
Nemesis Bolt writes: Starscream: wow i havent been this happy since gay marriage was legalized
Frenchhorngirl writes: "I can't even lift this little watchamacallit. I seriously need to start working ou...what? Is that a birdie?"
omegasupreme69 writes: Star scream: Lucy in the sky with dimonds........
Venowtron writes: this is some awesome stuff
- Back to top -
trailbreaker writes: Starscream - "Hey Rumble, pass me another funny brownie and put some more Hendrix on the turntable!!!"
Towline writes: UGH. Megatron has put the lime in the coconut again!
Towline writes: Kid: Wow G.I. Joe, Not even starscream can make drugs cool. I will not use drugs because I dont want to be a dork like starscream.

G.I. Joe: And knowing is half the battle.
sdn1337 writes: *Decepticons stare at Starscream with a blank stare*
sdn1337 writes: Soundwaveeeeeeee you might spy on everyone on team...know everything we think...say... did in the past... but you're still one of my Decepticon brothers. Who would've known these wenergona sticks rumble gave me can bring me so closer to everyone.

*Dece
sdn1337 writes: This is what you vermans do in Colorado? It's a gas it doesn't seem wet to me... I feel a little strange though and I'm a robot. You sure this stuff is okay?
alekesam writes: Thundercracker (to Starscream, off-panel): I know you don't smoke weed, I know this; but I'm gonna get you high today, 'cause it's Friday; you ain't got no mission...and you ain't got shit to do...
rockman_fan writes: pot joke
Marcus Rush writes: It was only then that he realized that the "Fog," was caused by Blot and not a natural phenomenon.
Black Hat writes: Starscream's invasion of Amsterdam did not go well.
- Back to top -
kruiz220898 writes: I'm getting really high now, higher than I can fly, must go find Skywarp and the others to get a load of this
skidflap writes: Starscream discovers the seacons don't do so well in crowds.
snavej writes: Starscream: Umm, Skyfire, old buddy, I think that your 'science experiments' have gone wrong again. I wish you wouldn't let this happen. It clogs our intakes, you know.

Traaaaaaiiilllssss
-Kanrabat- writes: Duuuuuuuuuuuuuuuuude....
That stuff is gooooood!
....
That's strange, but I just see how futile overthrowing Megatron is....
...
The universe is awesome.....
warmech95 writes: Starscream: You cannot get past!

Prime: Wait! If I Cannot get PAST, Can you not get FUTURE?