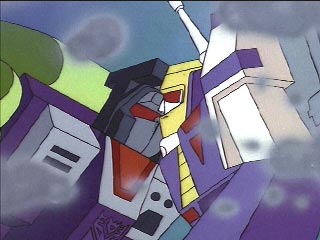 69 captions have been posted for this image so far ...

Prime Target writes: Smoke Weed everyday
TrinityIce writes: I'm of to work. All right, see you later hun.
NOBODY LOVES WHEELIE writes: Scorponok (off screen), "You are not Head Masters and this is the improper way to respond to HEAD ON!"
WreckerJack writes: But I can't kiss you if you don't take off your mask...fine I'll just kiss your nose then.
BG the Robit writes: Blitzwing: Dude, we just walked out of the bar. Wanna make some magic?
BG the Robit writes: Scrapper: I'll see you tommorrow, babe. *Kisses Blitzwing* *Walks away*
Blitzwing: He kissed me... *faints*
Rainmaker writes: Scrapper: HASBRO!
Blitzwing: TAKARA!
primestudio writes: (Hail Hydra)
Optimum Supreme writes: I may not have elbows but at least my shoulders are connected properly.
trailbreaker writes: "Tongue. Lots of tongue. "
- Back to top -
bumblebeej8 writes: And let me guess, they are going to try to get Christian photographers for their wedding?
popo5 writes: Even in time of war, we still need some love and affection.
Riptidemtmte writes: "Frenzy is RED!"
"No, Frenzy is BLUE, you slag-licker!"
"TAKE. THAT. BACK."
snavej writes: Blitzwing: How can I kiss you properly when you won't remove your faceplate?

Scrapper: Look, this is never going to work. You're a crazy warrior and I'm far too intellectual for my own good. Have you tried Grindr?
TF Cagle writes: Blitzwing: I want the shot

Scrapper: No, this is my scene, you'll get animated!

BLITZWING: He who denied it, supplied it!
dumpsterj writes: "I would shovel you so hard."
iguanabytes writes: this was the day that blitz and scrapper got together to permanently deal with the decepticon seeker they called "cropduster"
- Back to top -
Pathopax writes: You gotta purdy mouth! Now SQUEAL like a piggy!
Pathopax writes: Blitwing: Why the mouth guard? Afraid Michael Bay will give you buck teeth in the next film?
Pathopax writes: Scrapper: Can you read my mind?
Blitzwing: Layoff smoking the Dark Energon Crystals, will ya? You're creeping me out!
d_sel1 writes: Evil pervert fangirls!
Lucius Prime writes: "TASTES GREAT!"
"LESS FILLING!"
"TASTES GREAT!"
"LESS FILLING!"
SentinelA writes: Scrapper: You want a piece of me?
Blitzwing: No I want a kiss!
jazzt1 writes: SCRAPPER: DAMMIT BLITZWING, I CANT QUIT YOU!
jazzt1 writes: SCRAPPER: DAMMIT BLITZWING, I CANT QUIT YOU!
WolfSpider1979 writes: *Song in the background* "Getting to know you, getting to know all about you!"
kruiz220898 writes: Are they making sweet love in Colorado?
- Back to top -
Rodimus_NZ writes: Shockwave resorts to desperate measures to try to create the first triple changing gestalt
osubreeze writes: And Iiiiiiiiiiiiiii, will always love youuuuuuuuuuuuuuuu
Chronchitisbot writes: Psssssst Hey Blitz I just found this new source of energy.... It's called Chronergon.
mecham writes: Scrap: I'm gonna take back my women's!
Blitzwing: You can never take what's mine!
Grimlock64 writes: "I love you, Scrapper-chan!"
"Oh, Blitzwing-sama!"
Fan reaction: RUINED FOREVER
Venowtron writes: Now kiss
mjpt74 writes: Scrap: I was gonna go build a base, but then I got high.
Blitz:I was gonna change to a tank, but then I got high.
Both: Bah-wheep-gra-ah-na... weee-eep-ninyboooonnnn
shockblast2 writes: Blitzwing - Oh Sh*t! Put it out! Megatron's coming! And grab the Clear Eyes! Quick!
snavej writes: Blitzwing: How come, when you're Devastator, you change size so much? Sometimes you're fairly big, other times you're really enormous.

Scrapper: Drunken animators, of course!
snavej writes: Scrapper: Imagine if we could combine.

Blitzwing: What would we call ourselves?

Blitzwing: Back to the drawing board, genius!
- Back to top -
snavej writes: They met each other in the 1980s at a smoky dance hall during a slow number and ... they never looked back.
snavej writes: Scrapper and Blitzwing were very excited about the new contest: Starscream and the Seekers vs Ironhide and the Hiders.
snavej writes: Blitzwing: Have they seen what they did to you in the IDW comics? They killed you and replaced you with Prowl.

Scrapper: I'll stay here in GeeWun world, then. No danger here!
snavej writes: Neither of them could figure out why they failed to get parts in the remake of 'The Colour Purple' movie. Perhaps it was because they were only partly purple.
iguanabytes writes: insert botback mountain joke here: "I wish my Spark could quit you!"
Mindmaster writes: "Now kith."
SKYWARPED_128 writes: Blitzwing was merely blowing dust from Scrapper's optics, but Reflector walked in on them at the wrong time...resulting in this awkward Kodak moment.
warmech95 writes: Blitzwing failed horribly at the constructicon auditions because he never got the hang of that whole combining thing!
snavej writes: rworked Korean animators. (Darned 255 character limit.)
snavej writes: They tried to pass each other on the sidewalk. One went one way, the other went the same way. One went the other way, the other went that way too. They repeated this until they headbutted each other. The whole thing was captured by a crack team of ove
- Back to top -
snavej writes: Blitzwing - robot, tank, jet.
Scrapper - robot, digger, erm ... big leg.
MagnusLabel writes: Tonight on "Cybertronian Entertainment Tonight", we have Blitzwing having affair with Scrapper.
snavej writes: This superglue incident was embarrassing.
snavej writes: A fine bromance indeed.
snavej writes: Their farting competition was intense.
They were exhausted.
They ended up leaning on each other for support.
snavej writes: Scrapper: STOP BLOWING UP MY LOVELY BUILDINGS!!!

Blitzwing: I'M SORRY, THE VOICES TELL ME TO DO IT! Can't disobey the voices, dude.
snavej writes: [Sings] How long has this been goin' on?
Heckfire writes: See, when a payloader loves a tank/jet very much, they do a special type of hug...
welcometothedarksyde writes: Transformers has resorted to canon shipping
- Back to top -