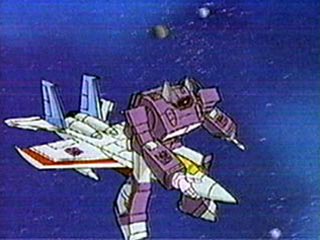 200 captions have been posted for this image so far ...

"Hey- you're the one who wanted to fly 'budget.'"
Galvatron writes: Soundwave: Yee-haw.