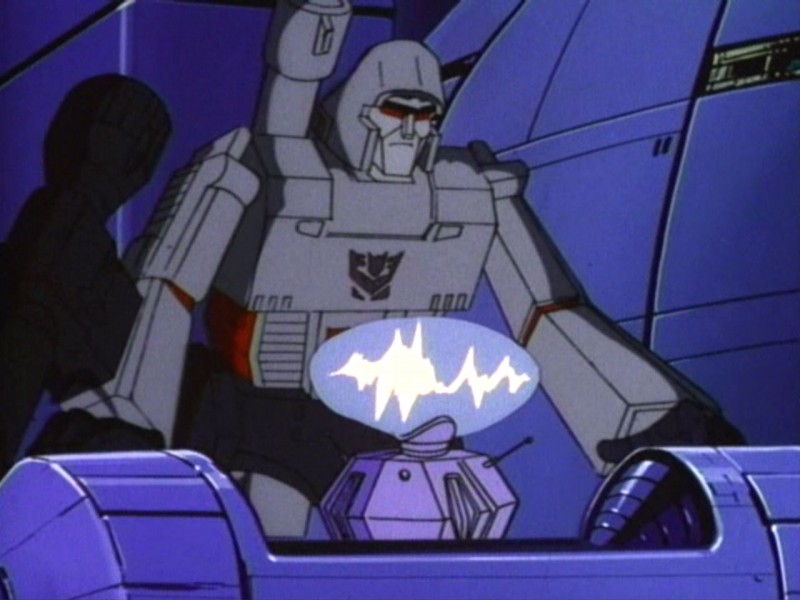 64 captions have been posted for this image so far ...

DeltaSilver88 writes: This dinosaur egg is taking ages to hatch... how did that Hammond guy do it so fast?
Nacelle writes: Baby DevilZ
Riptidemtmte writes: "So THIS is the power of the Nova Reactor. Not bad, not bad at all..."
Rainmaker writes: Oh, look! My thingy is glowing!
nyklas78 writes: Damn! I kinda want Chinese.
Black Hat writes: Megatron was mildly disappointed by his new plasma ball.
Axelbro writes: megs:ooo see shiny :) starscream i told you i will invent the cybertronian light bulb, whose the imbecile
starscream: I am :(
Lboogie609 writes: "I've done it decepticons, I've found the last Easter Egg!"
omegasupreme69 writes: great microwaved engergon again... we need a female autobot to cook for us like the autobots have. Yeah i went there I am evil after all
Revenge of Bruticus writes: "I'm sick of adjusting this dish whenever the wind blows. I'm switching back to cable."
- Back to top -
Swoopscream writes: Every time I use this thing... All I see is my dead mother saying I'm not good enough. Maybe I shouldn't have gotten it from the back of the comic book. Yeah... Mom told me that one, too.
EXSkywarp writes: DJ Megatron on the 1's and 2's, y'all. Kickin' the phat beats, droppin' that bass like "WHOA!"
Zeedust writes: "Oh, this? It's a football trophy. I used to be the greatest quarterback on Cybertron, but that was before the war..."

"You STARTED the war!"

"You know what they say, hindsight is 20/20..."
BenderCrosby1 writes: Siiighh, the wizard promised ME a heart...
Silver Snake writes: Megatron: My precious... Autobotses wants to keeps you... We must not let them, no, no.
trailbreaker writes: Megatron - "Where do I pee?"
OptiMagnus writes: Shut up computer wife Karen!
snavej writes: Megatron never found out who had squashed his crystal ball or, indeed, how. He could no longer be a fortune teller, so he had to start a huge war instead.
snavej writes: When assembled, Swedish flatpack furniture never looks like it did in the showroom.
snavej writes: Megatron [thinks]: WTF? Should I eat it, pray to it or store my hardhouse garage on it?!
- Back to top -
snavej writes: Christmas 1985 was truly dreadful. The Decepticons had no idea what present to give Megatron so they gift-wrapped one of Soundwave's turds.
snavej writes: This is what you get when you write 'inches' instead of 'feet'. [Spinal Tap joke]
1111111222233333 writes: "...and with this weapon, the human race will be brought to its KNEES. I call it...dubstep!!!"
MarkNL writes: Electrical bulb: I am Electro!!!
Megatron: What? You're in the wrong TV series!
Electrical bulb a.k.a. Electro: Ah, crap. I just came from My little ponies. I need to find "The amazing Spider-Schmuck". I'm gonna look further then...
MightyMagnus78 writes: Kremzeek has really let himself go lately!
stevescustoms writes: This might hurt a little bit.
MasterSoundBlaster writes: *sigh* I always seem to make Soundwave mess with the electronics and what now...But since HE'S on vacation,looks like "I" will have to fiddle with this thing *Sigh*
Grimlock64 writes: At last, I have in my grasp the Playstation Wii60! ... Where do the discs go?
Mofo4life writes: BAZINGA!!! It's mine...all mine...I will finally...Wow this thing is so beautiful. I love it's color...Dang it...Why am I down here again?
Black Hat writes: Aww, crap, the damned lightbulb has blown again.
- Back to top -
Dracomancer writes: How to be a successful evil overlord rule 22: No matter how tempted I am with the prospect of unlimited power, I will not consume any energy field bigger than my head.
gijoeben1 writes: Buffering... still? No one will ever watch videos on the internet!
USDA Prime writes: "Starscream! This is the last year I put you in charge of the Easter Egg Hunt!"
Maestro Meister writes: Upon waking up his "Engineer" from cryosleep, Megatron couldn't help but be a little disappointed.
snavej writes: It's a Grimlock egg! I'll take a dozen.
snavej writes: Meanwhile, at the mcguffin factory, Megatron wishes that they had them in all the colours and all the sizes.
Mofo4life writes: Should i take this? Maybe it will tell me my future...Hmmm...I wonder...Dang it! Why am I down here again?
Deliverence writes: jeez... I hate airline restrooms.
Bones420 writes: Damn! Iv never been good at setting the clock on these things!
undertowx writes: 57 Channels and Nothing on!
- Back to top -
#Sideways# writes: The Transformers version of the Magic 8 Ball. Here's the thing about the future, its SHOCKING.
MightyMagnus78 writes: Megatron wins an Easter Egg hunt.
procyon writes: Geez... SDCC is getting kind of desperate for exclusives...
Crosshairs writes: my...precious...
Optimum Supreme writes: The Space-Easter Cyberbunny even brought naughty children like Megatron electroeggs that year.
Zordon writes: CRUSH! KILL! DESTROY!.... DANGER WILL ROBINSON DANGER oh hi megatron... sorry about that...have you seen Dr. Smith around?
paul053 writes: I don't believe Laserbeak was coming out from this egg. Well, why do I ever listen to Starscream?
Mofo4life writes: Ooohhh...It's so pretty...
Mofo4life writes: Dang-it. I keep forgetting what I'm supposed to do with this. STARSCREAM!!! Come here and handle this!
Mofo4life writes: This is a great time for some football.
- Back to top -
Mofo4life writes: Hmmm...I forget what this thing does. It's so pretty. I wonder if I can eat it...with some Grey Poupon. Yummy.
Ryuki writes: Megatron: sigh~, it have passed 1 hours & I still can't thinking what caption should I put on this caption contest in Seibertron...
Ryuki writes: Megatron: I have been on Facebook for over 2 years, but no one ever add me to their friends list until now...(sigh~)
Ryuki writes: Megatron: the hell with this crystal ball ?!, I'm trying to get the vision of my future and yet it keep showing some wacko in purple called Galva-whatever...
agentcastle writes: I'll never understand deception porn...
Ravage XK writes: Megatron looks into his crystal ball: "Its a bit hazy but I see Starscream shall be loyal to the end and I in no way will be replaced as leader"
njb902 writes: glowing glowing little ball who is the mechiest of them all.
Trikeboy writes: Megatron: Damn it, nothing but static. STARSCREAM, GET THE TRANSMITTER WORKING!!!!!
Quarnz writes: Megatron is trying to connect his new WiFi router into the network of the Nemesis...
MP-99 writes: - sigh - another dreary day and just static on the tube...
- Back to top -
Menasor75 writes: Megatron is in fact the creator of the Lost In Space Robot.
Bumblevivisector writes: What's this? Kremzeek has possessed the Ocean Spray logo? This could give the Decepticons control over all product-placement! F@%& Mickey-D's and Burger King!
Marcus Rush writes: Sorry, "Lord Megatron" has already been registered.
peacethrotyrrany writes: Megs:I will now Broadcast your future, through my magical crystal oval..

Optimus:Megatron this is lame its a power generato-