Transformers: The Movie animated film to be released on Blu-Ray and DVD from Shout! Factory 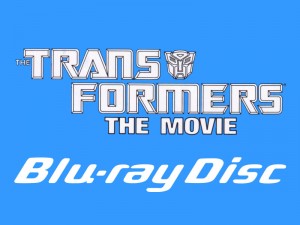 Just moments ago, we received a press release from our good friends at Shout! Factory. They will be releasing the fan-favorite Transformers The Movie on Blu-Ray and DVD on September 13th, 2016, just in time for the 30th anniversary of this film. This is the first time that Transformers The Movie has been released in the US since 2006 and the first time ever that it will be released on Blu-Ray in the US. Special features or specifics about the film (such as full screen or widescreen) have not yet been released but we'll keep all of you posted as information becomes available. In the meantime, check out the full press release from Shout! Factory below and join our discussion about this exciting news on our forums by clicking here. 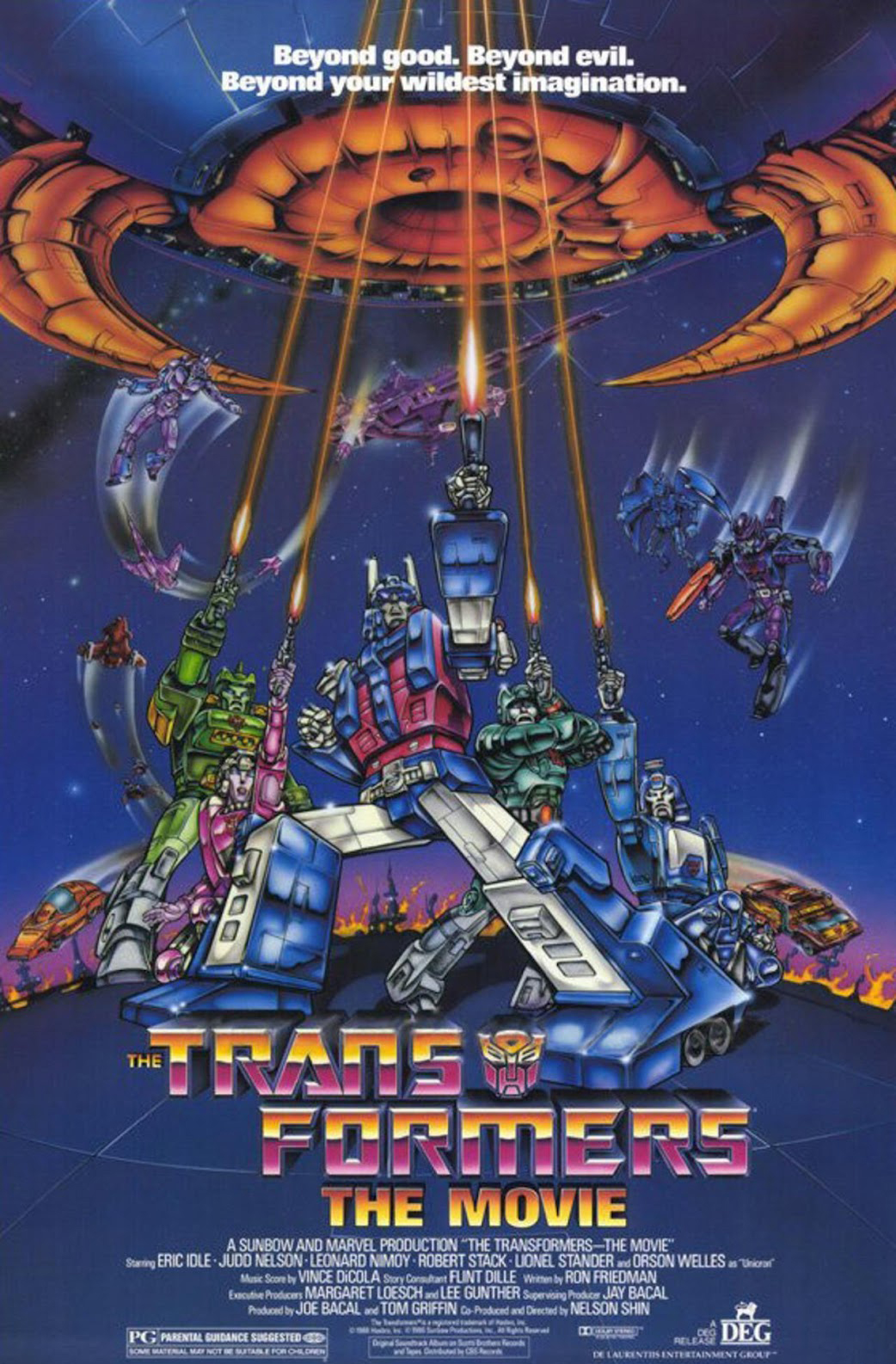 "The Transformers franchise has been part of American popular culture for more than 30 years, developing into one of the most recognizable brands around the globe," said Stephen Davis, Chief Content Officer and Executive Vice President of Hasbro. "TRANSFORMERS - THE MOVIE played a huge role in the brand's early success, laying the foundation for major motion pictures, several successful TV series, clothing and apparel, toys and much more. We are thrilled to work with Shout! Factory to deliver the original movie to fans in a completely remastered HD experience."

"TRANSFORMERS - THE MOVIE is a highly sought-after animated feature, boasting a large fan following and consumer interest. On its 30th anniversary, we look forward to celebrating this film by bringing it to North America on Blu-ray for the first time. Having worked closely with Hasbro Studios on top brands like animated series TRANSFORMERS ROBOTS IN DISGUISE, G.I. JOE: A REAL AMERICAN HERO, TRANSFORMERS PRIME, MY LITTLE PONY, MY LITTLE PONY EQUESTRIA GIRLS movies and more, this is incredibly exciting and important news for us," said Melissa Boag, Senior Vice President of Kids & Family Entertainment at Shout! Factory. "We look forward to bringing TRANSFORMERS - THE MOVIE, featuring all-new HD transfer with stunning packaging and great extras to fans and on family home entertainment shelves."

Action-packed animated feature TRANSFORMERS - THE MOVIE chronicles the heroic efforts of the AUTOBOTS as they defend their native planet CYBERTRON from the evil DECEPTICONS and UNICRON.

The AUTOBOTS, led by the heroic OPTIMUS PRIME, prepare to make a daring attempt to retake their planet from the evil forces of MEGATRON and the DECEPTICONS. Unknown to both sides, a menacing force is heading their way - UNICRON. The only hope of stopping UNICRON lies within the Matrix of Leadership and the AUTOBOT who can rise up and use its power to light their darkest hour. Will the AUTOBOTS be able to save their native planet from destruction or will the DECEPTICONS reign supreme?

About Hasbro
Hasbro (NASDAQ: HAS) is a global company committed to Creating the World's Best Play Experiences, by leveraging its beloved brands, including LITTLEST PET SHOP, MAGIC: THE GATHERING, MONOPOLY, MY LITTLE PONY, NERF, PLAY-DOH and TRANSFORMERS, and premier partner brands. From toys and games, television programming, motion pictures, digital gaming and consumer products licensing, Hasbro fulfills the fundamental need for play and connection with children and families around the world. The Company's Hasbro Studios and its film label, ALLSPARK PICTURES, create entertainment brand-driven storytelling across mediums, including television, film, digital and more. Through the company's commitment to corporate social responsibility, including philanthropy, Hasbro is helping to build a safe and sustainable world and to positively impact the lives of millions of children and families. Learn more at www.hasbro.com, and follow us on Twitter (@Hasbro & @HasbroNews) and Instagram (@Hasbro). 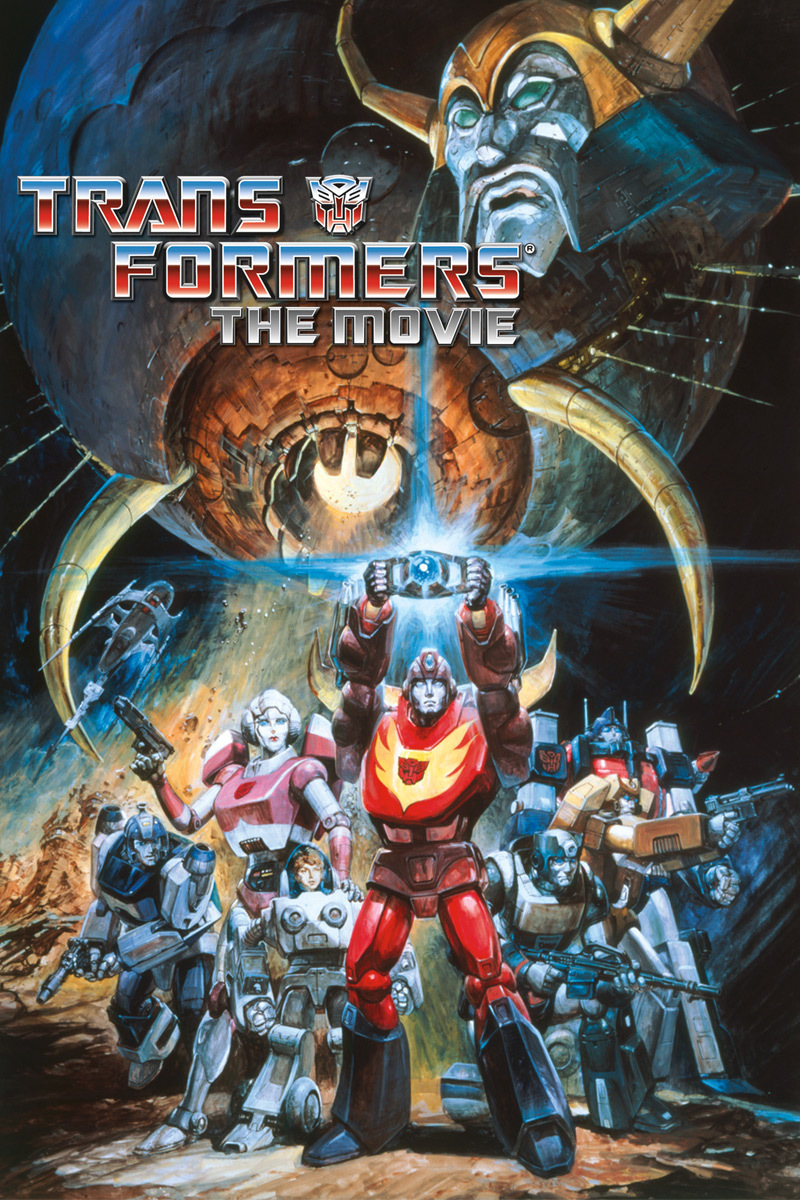 She's a beaut in HD though

YRQRM0 wrote:YES! Can't wait, I was about to rewatch the other day, but I guess I'll wait for this now haha.

You can't watch it too much. Watching the version you have now will just help you appreciate the Blu-Ray even more when it comes out.

seriously, this is me right now!!

Re: Transformers: The Movie animated film to be released on Blu-Ray and DVD from Shout! Factory (1796250)
Posted by Seibertron on June 9th, 2016 @ 12:03pm CDT
Courtesy of Hasbro's Transformers Facebook page, we now have our first look at some new artwork that looks like it's being used for the Blu-Ray and DVD covers for the upcoming Transformers: The Movie 30th Anniversary Edition, which Shout! Factory announced earlier today. The artwork is from Livio Ramondelli of IDW Transformers comic book fame. The artwork features Optimus Prime opening his chest to reveal the Matrix, Hot Rod kneeling in front of Optimus, Megatron and the "original" Decepticons on the left, Galvatron and the "new" Decepticons on the right, and Unicron in the background. Check out the new image below and join our discussion here. If I had any say in the extras (which I don't obviously) it would be...

1. Can we please just get an unaltered Scramble City, without the garbage fan commentary for audio?
2. If there is going to be any commentary at all, let it be from individuals that worked on the film, fan commentaries are the worst, no matter how "well researched" they may think they are, it was still riddled with mistakes and assumptions. One of the reasons why I would never do a commentary even if asked to.

Of course however...I'll be getting the Blu-Ray

chuckdawg1999 wrote:Wasn't the 30th anniversary of the release a few days ago? Either way I'm happy about this, wonder if they'll re-release GI Joe the movie

Seriously, the only reason I still have a VCR was to watch this and the two seasons of Yo Gabba Gabba I had to bootleg for my girls because cable is for dinosaurs. (said the guy with a VCR.

I made that comment to a friend of mine. It's a lot cleaner than his art usually is. I really like the cover.
Re: Transformers: The Movie animated film to be released on Blu-Ray and DVD from Shout! Factory (1796297)
Posted by chuckdawg1999 on June 9th, 2016 @ 1:47pm CDT

o.supreme wrote:August 8th to be exact (at least in the US), trust me...my 10 year old self will never forget that experience.

God bless my Grandfather for taking me, poor guy didn't know what he was getting into.
Re: Transformers: The Movie animated film to be released on Blu-Ray and DVD from Shout! Factory (1796304)
Posted by karyuudo on June 9th, 2016 @ 2:08pm CDT

Hopefully S!F will someday get BWII & Neo. The fan subs are really good, but I'd like to have something official and tangible.

Re: Transformers: The Movie animated film to be released on Blu-Ray and DVD from Shout! Factory (1796311)
Posted by o.supreme on June 9th, 2016 @ 2:22pm CDT
Yes. Very much. Just to give you a little background...I've had the series in straight Japanese on VHS since 1999, and BW Neo shortly after that. I've seen them both several times, but seeing it for the first time with subs is very much appreciated

o.supreme wrote:Yes. Very much. Just to give you a little background...I've had the series in straight Japanese on VHS since 1999, and BW Neo shortly after that. I've seen them both several times, but seeing it for the first time with subs is very much appreciated

Where can I see it with Subs?
Click here to view additional comments about this topic at the Energon Pub Forums ...