Bonaventura on Transformers 3: "We're Having Such a Good Time" 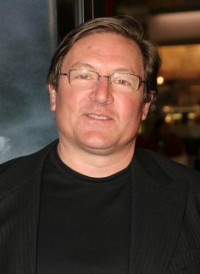 The producer of the third Transformers film, or "TF3" for short, has spoken his feelings on the recent filming taking place in Chicago.

When talking to the Chicago Breaking News Center, Bonaventura said the following:

It's funny, we keep extending it here because we're having such a good time, to tell you the truth,

We were supposed to leave a few days ago, actually, and we kept extending it. Right now, around Sept. 1, but if we have any say in it, we'll keep staying here.

The article follows with another quote from him. From the Chicago Breaking News:

"Last night, I tried to think to myself 'How many cities have I shot in in the last seven or eight years,' and I got up to about 118," Di Bonaventura said. "The reason I thought about it was because all of us have felt this was the best city we've ever shot in."

And on a related (or perhaps unrelated, it doesn't matter) note, check out our awesome galleries from the Transforms 3 Chicago filming when you're done, by clicking here!