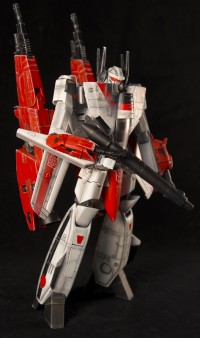 The week has flown by and we're back again for your weekly round up from our Transtopia Creative Forums! Let's kick off the week from our Customizations Forum!

autobotx23 borrows a 1:48 scale Yamato Valkyrie and turns it into Masterpiece Jetfire

Asepticon had a busy week it seems as he brings Trudark Megatron and R.I.P. Bulkhead

paul053 takes the very versatile TF:Prime Wheeljack mold and turns him into Runabout and Runamuck

Unfortunately I am unable to provide pics of the next batch of customs as they were uploaded to the Seibertron.com forums and i've yet to work out how to share those pics. If you want to be featured in the weekly round up with pics, I highly recommend a image sharing website like Photobucket or Flickr. Makes my job easier!

Leathful.designs introduces us to Dark of the Moon Leader Class Megatron


ricemazter introduces us to their very first custom G1 Coloured Dark of the Moon Sideswipe.

Just the one update this week as M3Gr1ml0ck updates the ongoing series, Unknown Soldiers

The Amazing Adventures of Dennis and Bruce however hasn't been updated, so it's been hijacked by Rha instead. (Check it out though)

And that readers, is it for another week. Enjoy!