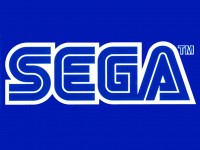 "The Chase" is a chasing game where the players are having a mission of hunting down the Decepticons rivals. From the arcade machine, the main controllers for the players are the steering wheels. So it is presume that the players will have a lot of driving to do.

As for the "The Shooting", this is the first person shooter type of game.

Another interesting point is that the players can get the Animated game cards before the game. The game cards enable the players to enter their particulars and save all the important progress of the games.