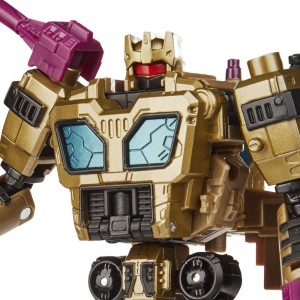 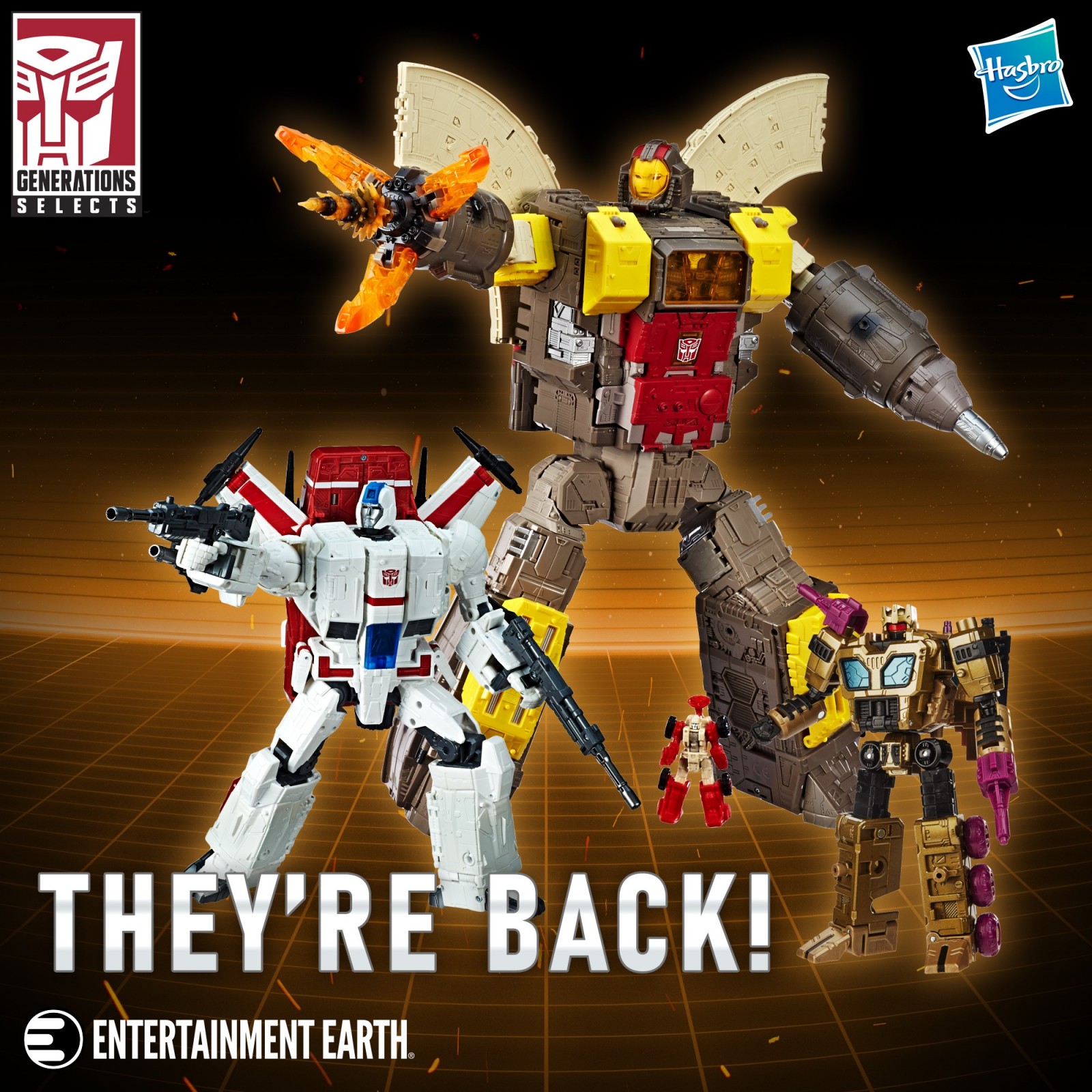 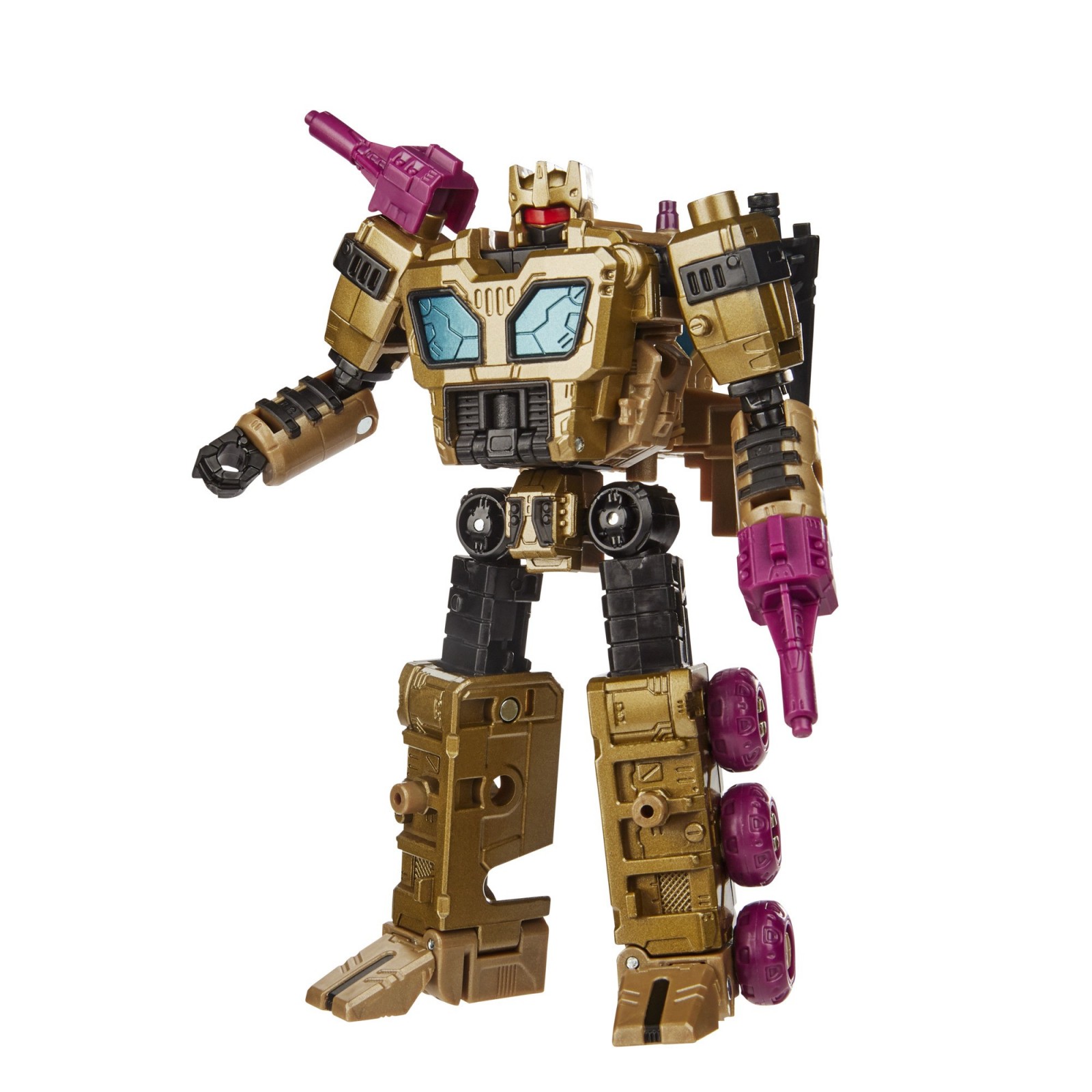 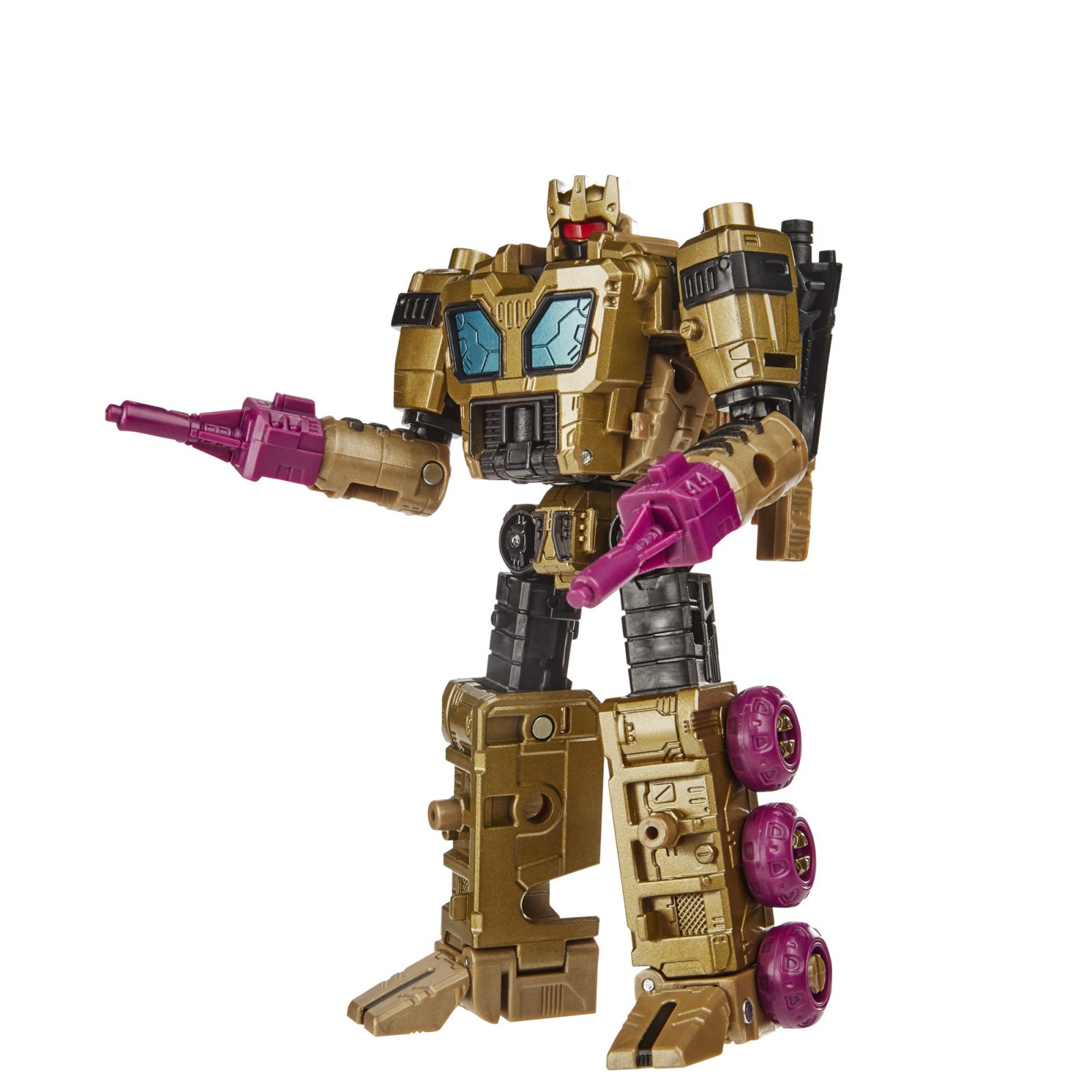 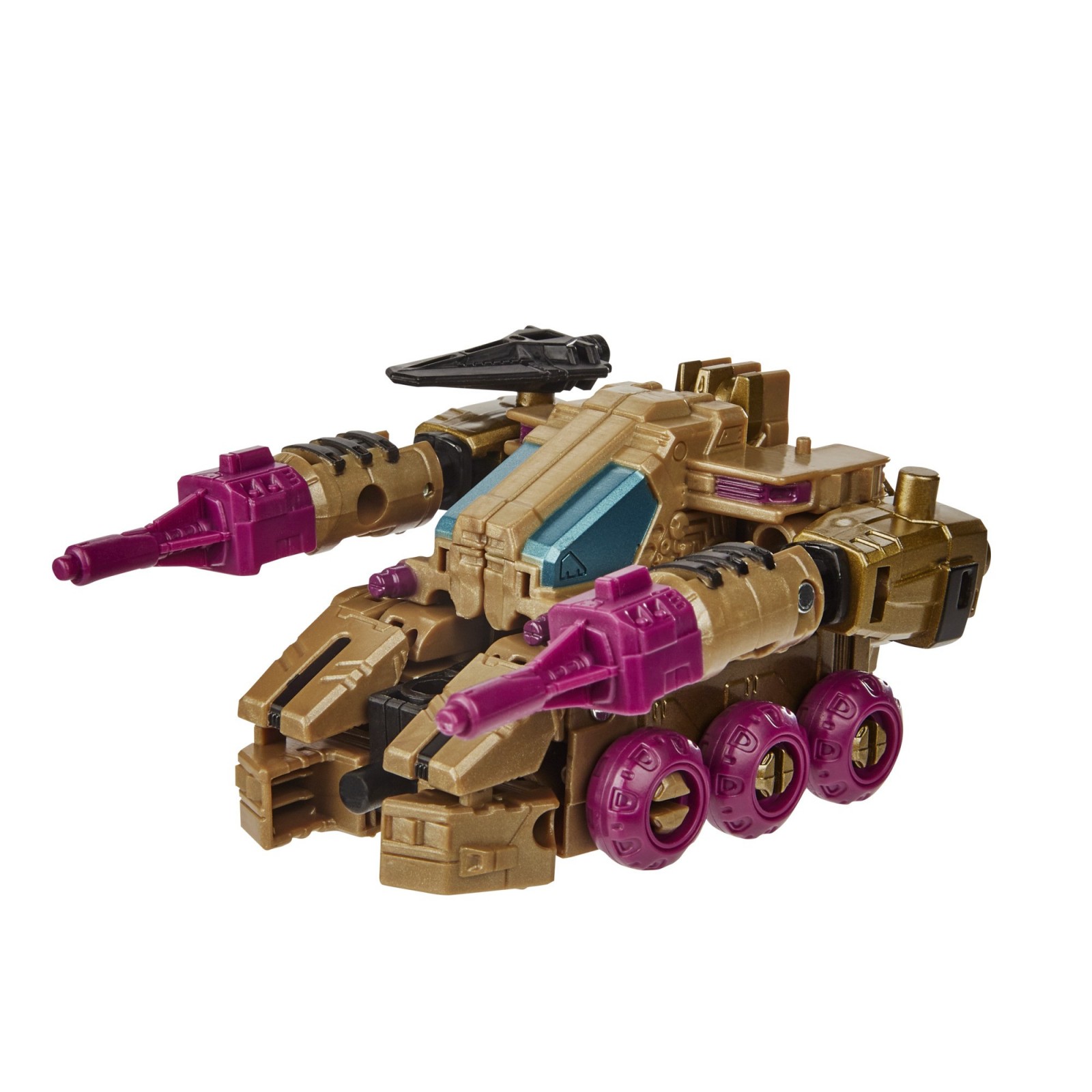 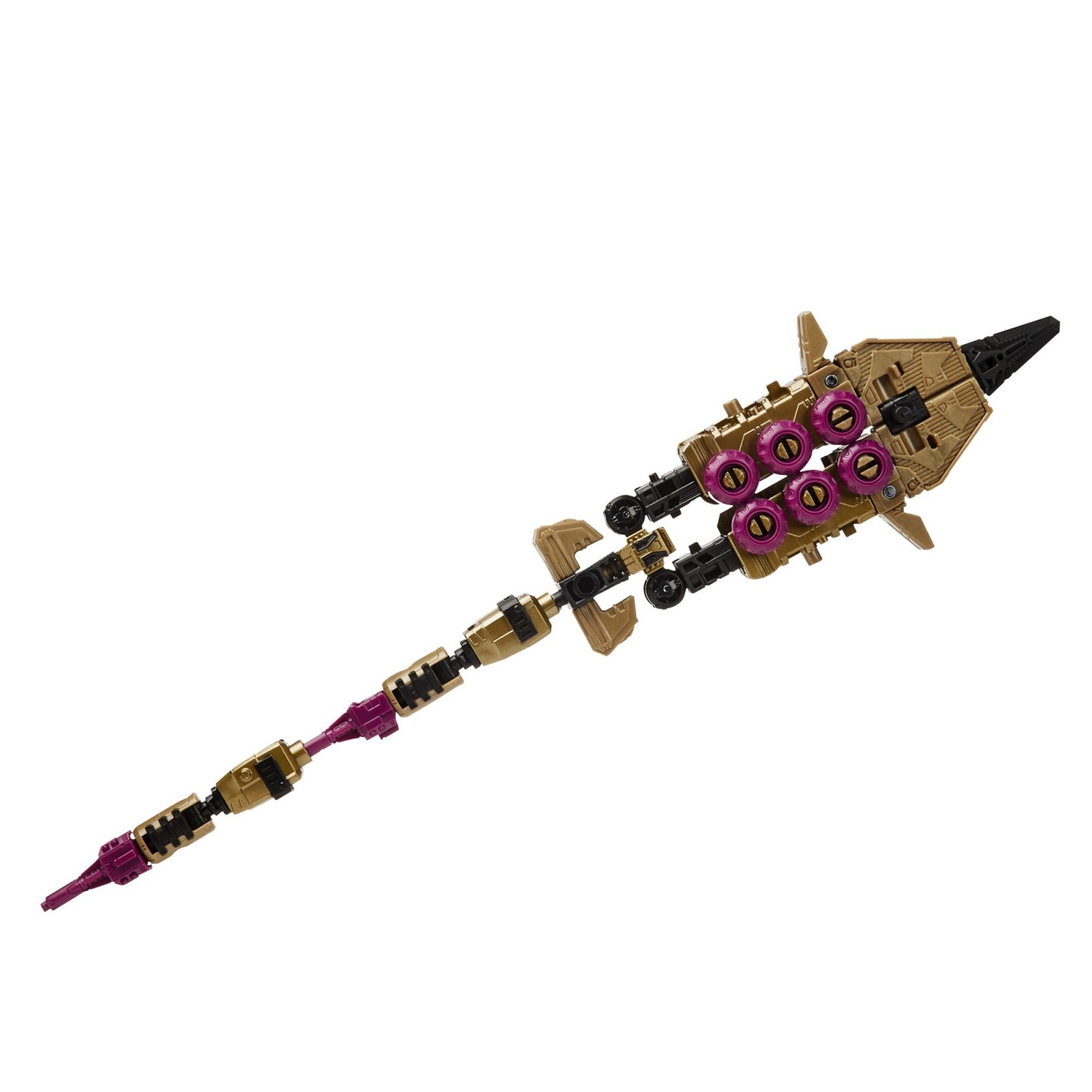 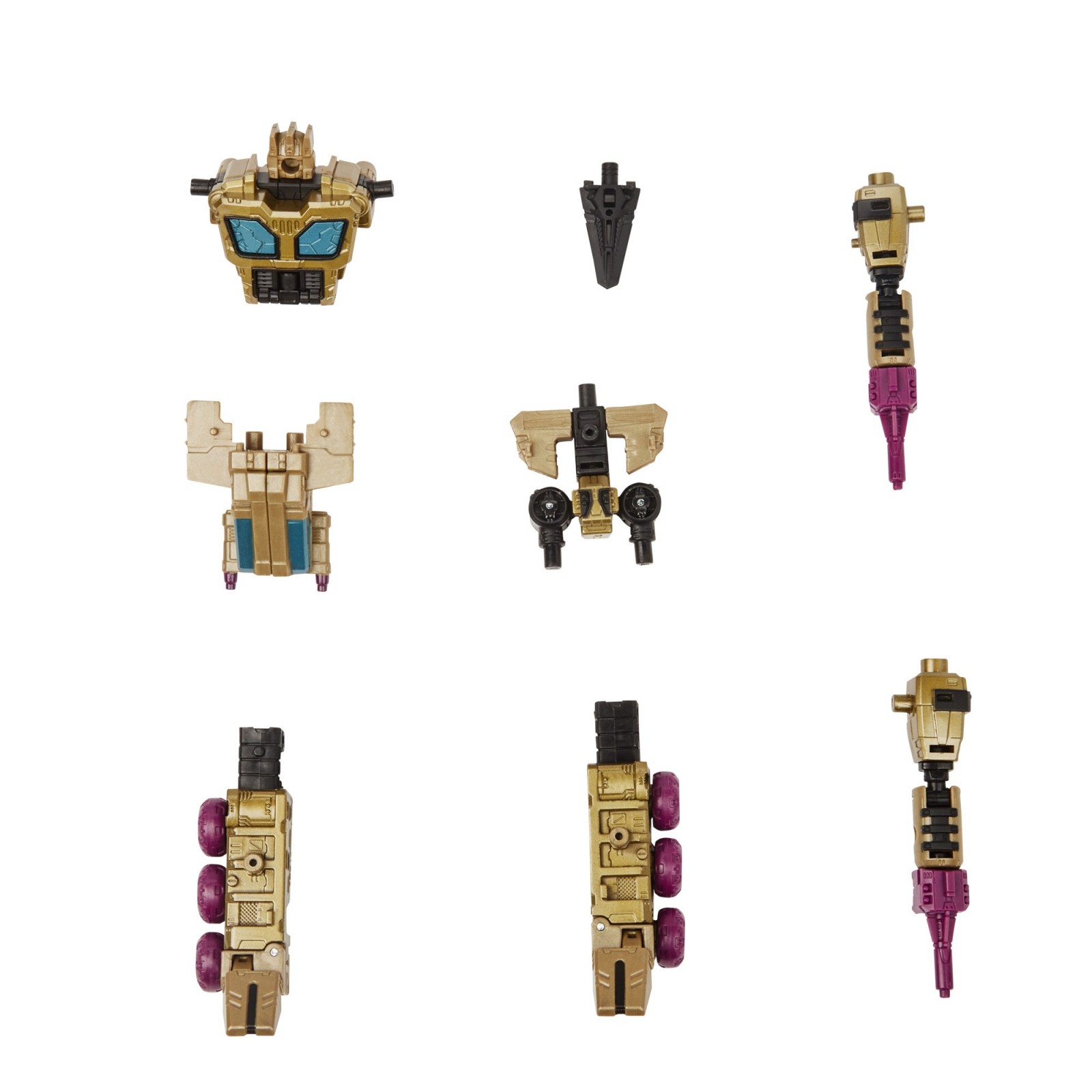 The war for Cybertron is on! A big robot joins the Siege as this 12-inch tall Transformers Generations War for Cybertron: Siege Commander Jetfire. With a futuristic spacecraft alternate mode, a dirty paint job, and a grizzled look, Jetfire stands tall in the war on Cybertron! Jetfire's accessories are compatible with blast effect accessories (sold separately with Battle Masters figures). Ages 8 and up.

Omega Supreme - always prepared. The War for Cybertron is on, and you're right in the middle of it! 24-inch scale Omega Supreme comes with 6 Fire Blasts accessories! Features an Autobot Command Center alternate mode, a dirty paint job, and more. The included Micromaster Countdown figure fits inside the rocket, tank, and control tower!

Big robots join the Siege with Transformers Generations War for Cybertron: Siege Titan Omega Supreme! This fantastic 2-foot scale figure has a futuristic Autobot Command Center space-base alternate mode, a dirty paint job, and a grizzled look. Omega Supreme is the top soldier in the war on Cybertron, and he'll be a top performer in your collection! Omega Supreme comes with a Countdown figure, and his included 6 Fire Blasts accessories are compatible with the blast-effect accessories sold with Battle Masters figures (sold separately). Ages 8 and up.

This colossal Titan Class WFC-S29 Omega Supreme figure features G1-inspired design and converts to Autobot Command Center mode, with tank, rocket, control tower, and defense perimeter. The included Micromaster, Autobot Countdown, fits inside the rocket, tank, and control tower and can ride along the defense perimeter. And there are 6 Fire Blasts accessories to simulate battle effects on the figure and Command Center mode. It's scaled to fit other War for Cybertron: Siege figures (sold separately) to build out the ultimate battlefield!

Build the ultimate battlefield with Siege figures! Siege plunges fans into the epic fight to survive on the final day of the Autobot and Decepticon battle to control Cybertron. As the Autobot counter-resistance takes on the Decepticon resistance army, the unyielding Autobot army captain and city defender, Omega Supreme, lies in wait - the Autobots last line of defense!

What do you get when you cross the iconic Ecto-1 Cadillac from the 1984 Ghostbusters movie with a Transformers robot? A converting Paranormal Investigator, called Ectotron! Commemorate 35 years of both Transformers and Ghostbusters with 1 awesome 7-inch transforming robot figure. Includes: Ectotron figure, Slimer figure, 2 accessories, and instructions.

Exclusive! Fans can take their Transformers figure collections to the next level with Generations Selects, a fan-dedicated line of figures featuring fan-favorite, special edition characters you can’t find in the main line.

With these figures, fans can add to their Soundwave Spy Patrol collection including WFC-S18 Ravage and Laserbeak and WFC-S46 Rumble and Ratbat (each sold separately, subject to availability). Unite Frenzy with WFC-S46 Rumble to complete the dynamic duo from the 80s. Now it’s up to you to decide which Decepticon is red or blue!

Package can be flipped inside out to look like a cassette tape. The perfect backdrop to display these figures! 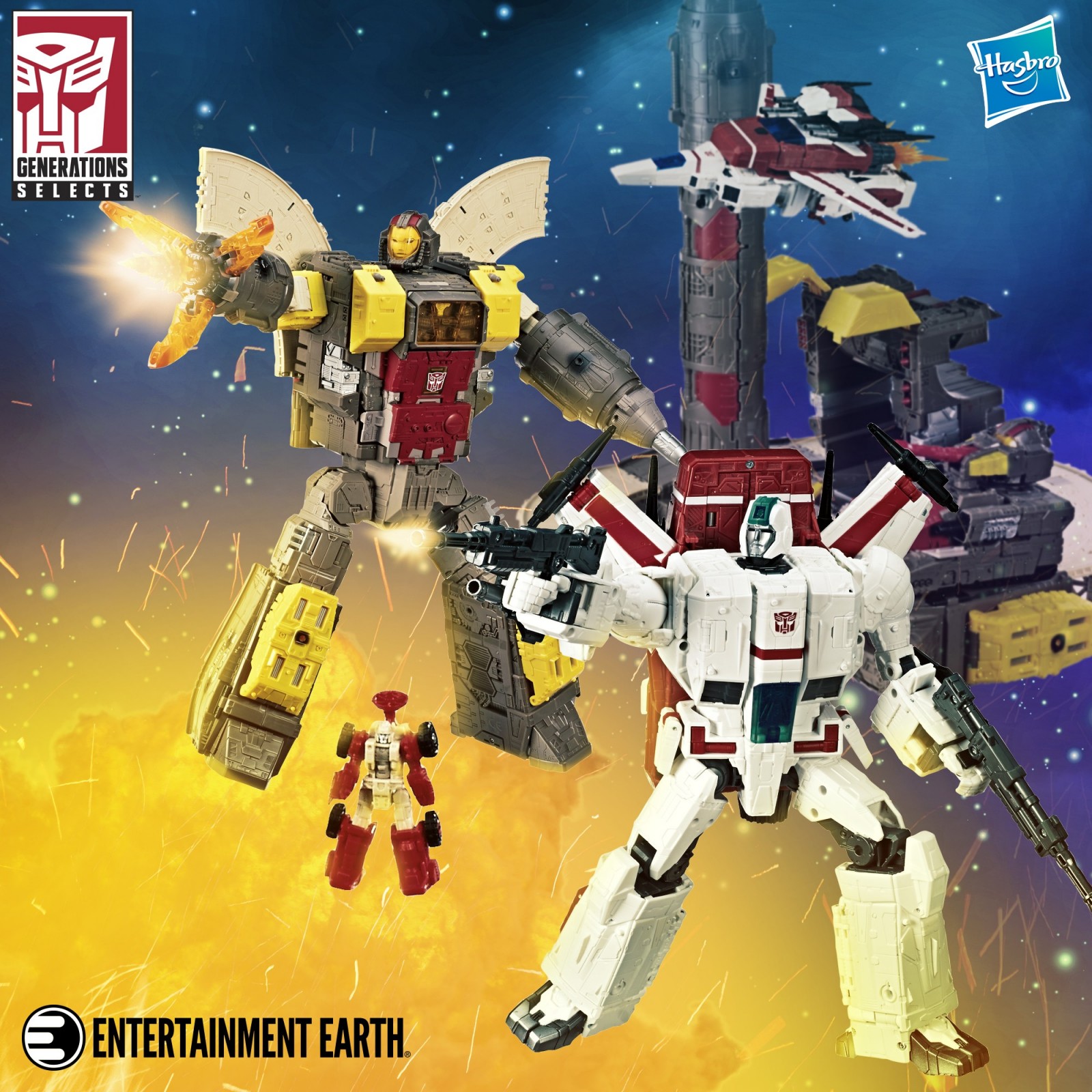 Check out our Transformers Outlet Deals! Up to 80% off!
http://q.entertainmentearth.com/?l=xcs7z8