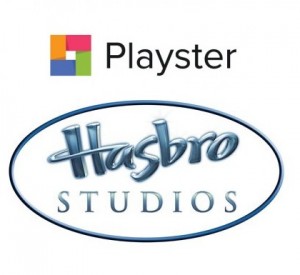 In more Hasbro Studios news today, we have a press release from the past week which announced the partnership between the media branch of Hasbro and streaming service Playster - Canadian, but soon to expand to the US - and their new available programming, which includes 'Transformers animated series'. We believe this to mean the two recent shows of Robots in Disguise and Rescue Bots, and not 2008's Animated. Check out more info below!

MONTREAL: A number of Hasbro Studios’ animated and live-action titles for kids between the ages of 3 and 12 are now available on the multimedia streaming service Playster.

The agreement includes the Transformers animated series, Kaijudo, Clue and a variety of G.I. Joe titles. “Making Playster a family-friendly platform that offers great content for every single member of the family has always been one of our top priorities,” said Philip Keezer, the CEO of Playster. “Working with Hasbro Studios will help ensure that our library is suitable for even the youngest entertainment buffs.”

Playster offers unlimited access to millions of songs, books, audiobooks, comics, television shows, movies and games for a monthly fee. The new service is available via iOS and Android apps, as well as through any web browser.

TulioDude wrote:Is these one of those services that compete with NEtflix?

Most probably so, yes.
Re: Hasbro Studios and Playster Streaming Service Agreement (1852241)
Posted by Kyleor on January 13th, 2017 @ 10:15am CST
Plot twist: The 'Transformers animated series' is just Machinima and clips from episodes of RiD 2015.