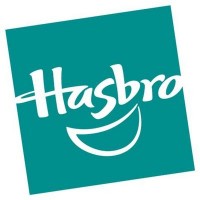 BusinessWeek has posted an article analysing Hasbro's marketing strategy with the upcoming Summer movies: Transformers: Revenge of the Fallen and GI Joe: Rise of Cobra.

Toy giant Hasbro (HAS) used to bid against other toymakers for rights to sell toys based on hot movies. Now the tables are reversed, as some of the biggest movies this summer are coming right out of Hasbro's own toy chest.

Case in point, Transformers: Revenge of the Fallen, the latest installment of the Transformers franchise, which opens in theaters on June 24. Analysts believe the film from Paramount Pictures (VIA) and director Michael Bay could be even bigger than its 2007 predecessor, Transformers, which grossed $700 million worldwide at the box office. That movie also sold $480 million worth of toys for Hasbro, 13% of the company's overall sales in 2007.

There's more on the way. Hasbro has a movie based on its G.I. Joe toy line coming out on Aug. 7. The company has an April 2011 release for a movie version of its Stretch Armstrong figure, to be directed by Ron Howard. That is part of a six-picture deal the company has with Universal Studios (GE), which included a movie version of Monopoly. Meanwhile, archrival Mattel (MAT) is working on movie versions of Hot Wheels and Major Matt Mason.

Turning its own toy brands into movies has a lot of benefits for Hasbro. The company doesn't have to spend as much on toy marketing since the movie studio is already doing that to promote the film. In the case of summer movies, it also means the toymaker spreads its sales more evenly throughout the year. And Hasbro doesn't have to pay the fat licensing fees to filmmakers that made Star Wars creator George Lucas one of the company's largest shareholders. "I can't give you specifics," says Hasbro's chief executive, Brian Goldner, but "it is more profitable when we own the brand."

Since the original Transformers toy line and cartoon made their debut 25 years ago, the saga of cars, airplanes, and other devices that convert into battling robots has proven to have a wide, enduring (and for many people, surprising) appeal. Hasbro now has a large base of parents who are as familiar with the franchise as their kids. Michael Spector, a 37-year-old Web producer in Easton, Penn., has 600 Transformers action figures in his collection, so many it took a whole day to move them. He's planning on buying a few more of this year's versions, mostly on behalf of his 8-year-old son, T.J. "It's a bonding thing," Spector explains. "Who doesn't want to see robots beating the heck out of each other?"

Hasbro has borrowed heavily from its Star Wars experience in creating Transformers toys. There are $300 limited-edition robot sets for adult collectors, $22 action figures with lights and sound for younger kids, even $12 preschool robots. This year's Bumblebee Voice Mixer helmet, $40, looks suspiciously like a Darth Vadar toy Hasbro created under its Star Wars license. The $40 Plasma Cannon is a fatter version of a light saber.

Like Lucas, Hasbro has found ways to connect with its fans even in years when movies aren't released. BotCon, an annual conference for Transformers toy collectors, which Hasbro sponsors, just celebrated its 15th year. It drew a record 7,000 attendees to Pasadena, Calif., in early June. "It's fantasy," says Brian Savage, whose company organizes the shows. "People have to have something they enjoy."

Paramount paid the $200 million cost to produce the latest Transformers flick. But that doesn't mean Hasbro gets an entirely free ride. It must share some royalties for toys based on the movie with the studio and Bay. Hasbro also has to pay royalties to Takara Tomy (7867.T), the Japanese company that designed the original toys on which the Transformers are based.

Hasbro does get a seat at the table in developing the script. This year's movie has three times as many characters as the first one—that means more toys. And there is a particularly complicated bad guy named Devastator, who is five bad guys in one. His toy retails for $99.

This year's movie involves more locations, jumping from the Middle East to China, which gives more kids a local connection to the brand. Hasbro coincidentally shifted from having independent distributors based in many countries such as China to having its own employees there distribute the toys to retailers. That means the manufacturer shares less of the profits. And retailers are expected to stock up this year. "The last time around, retailers underestimated demand and it was sold out for several months," says Sean McGowan, a toy analyst at Needham. "Hasbro will sell a lot more. More people are convinced it's a hot property."

The flurry of toy-based movies does raise the question of whether Hasbro is overdoing the tie-ins. A previous movie version of the board game Clue was a disappointment. "All this is cyclical," says Ira Mayer, publisher of The Licensing Letter, an industry trade publication. "You have one hit, there's a surge." Hasbro's Goldner says he's conscious of the risk of overkill. "We spend a lot of time working up front," he says. "We wouldn't bet into the business if we didn't feel it was a great story."

Omega Charge wrote:What's the $300 collector set? Maybe it's a misprint of $30, and is referring to the ROTF Superion and Bruticus sets?

jsmith41 wrote:Since Botcon is referenced in the article, they are likely talking about the Con set.