Hasbro's Web Cast On the Hub: Juicy Details and More 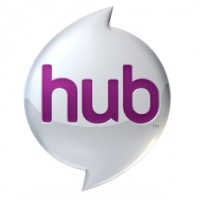 - The live-action movie and Generation 1 will both be airing on the Hub.
- Transformers Prime will air in the afternoon around 3:00PM.
- Not a US only type deal, shows will get aired internationally.
- Transformers: Prime intro song was played during the first play through of the web cast.