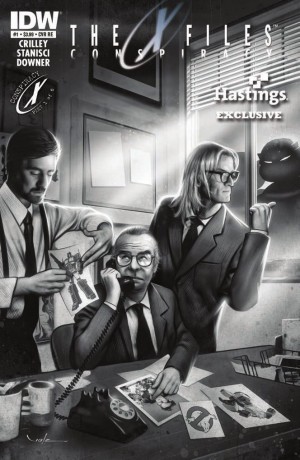 Coming in to have a say on the new IDW Publishing inter-franchise event, a fan of the X-Files Season 10 comics series so far, and fellow staff member: Burn!

It's a classic X-Files story and a great introduction to the latest IDW company cross-over. Here's hoping the standard continues, if it does, it will be a mini-series well worth picking up.