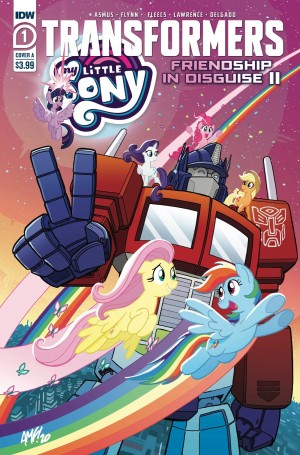 Greetings Seibertronians! Website Gizmodo (or more specifically, its io9 section), has dropped an exclusive reveal today, that of the existence of Transformers/ My Little Pony: Friendship in Disguise Part II! This four part monthly mini series is of course a follow up to the first, which debuted last year and went on to be a hit with readers. 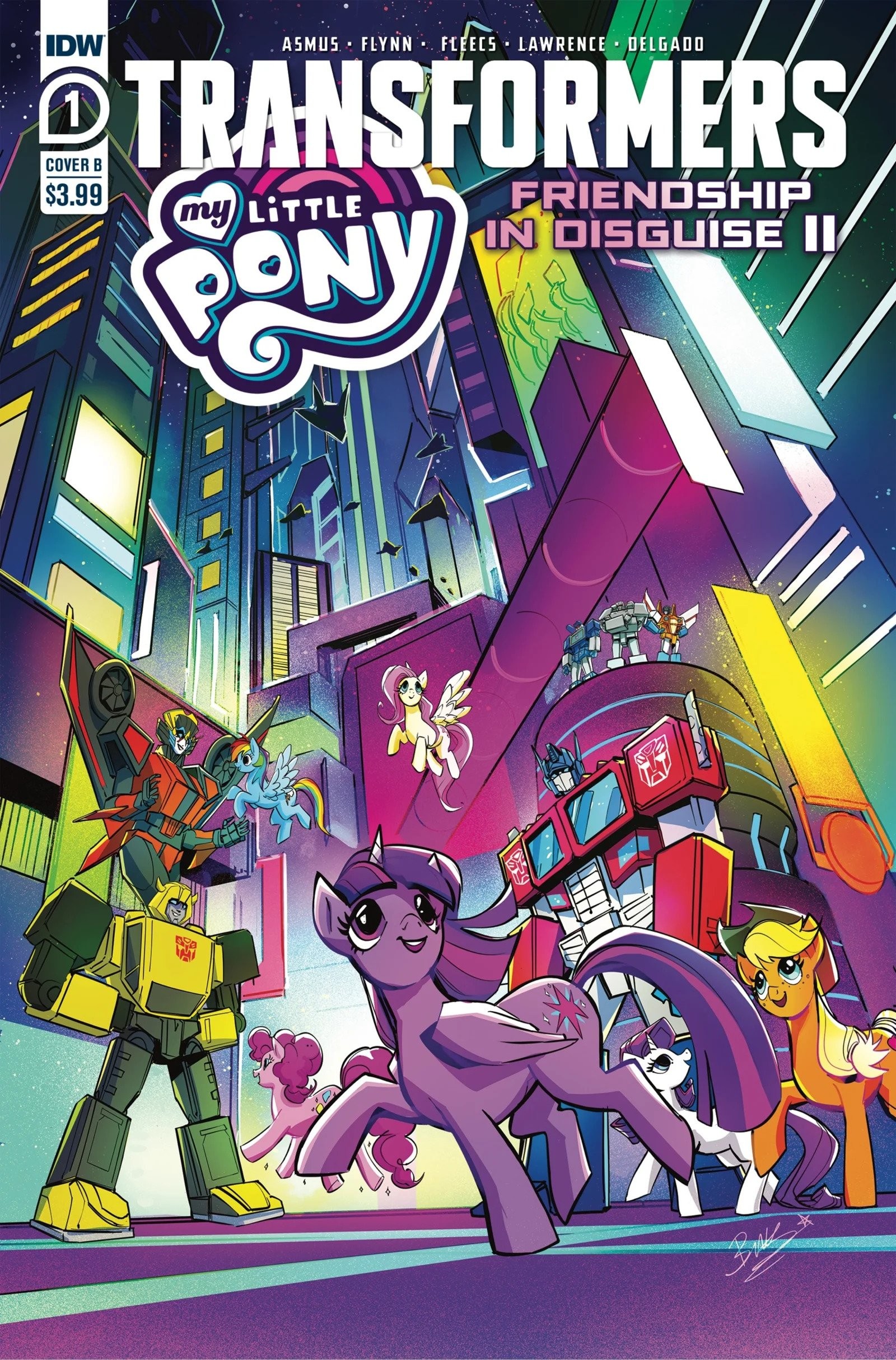 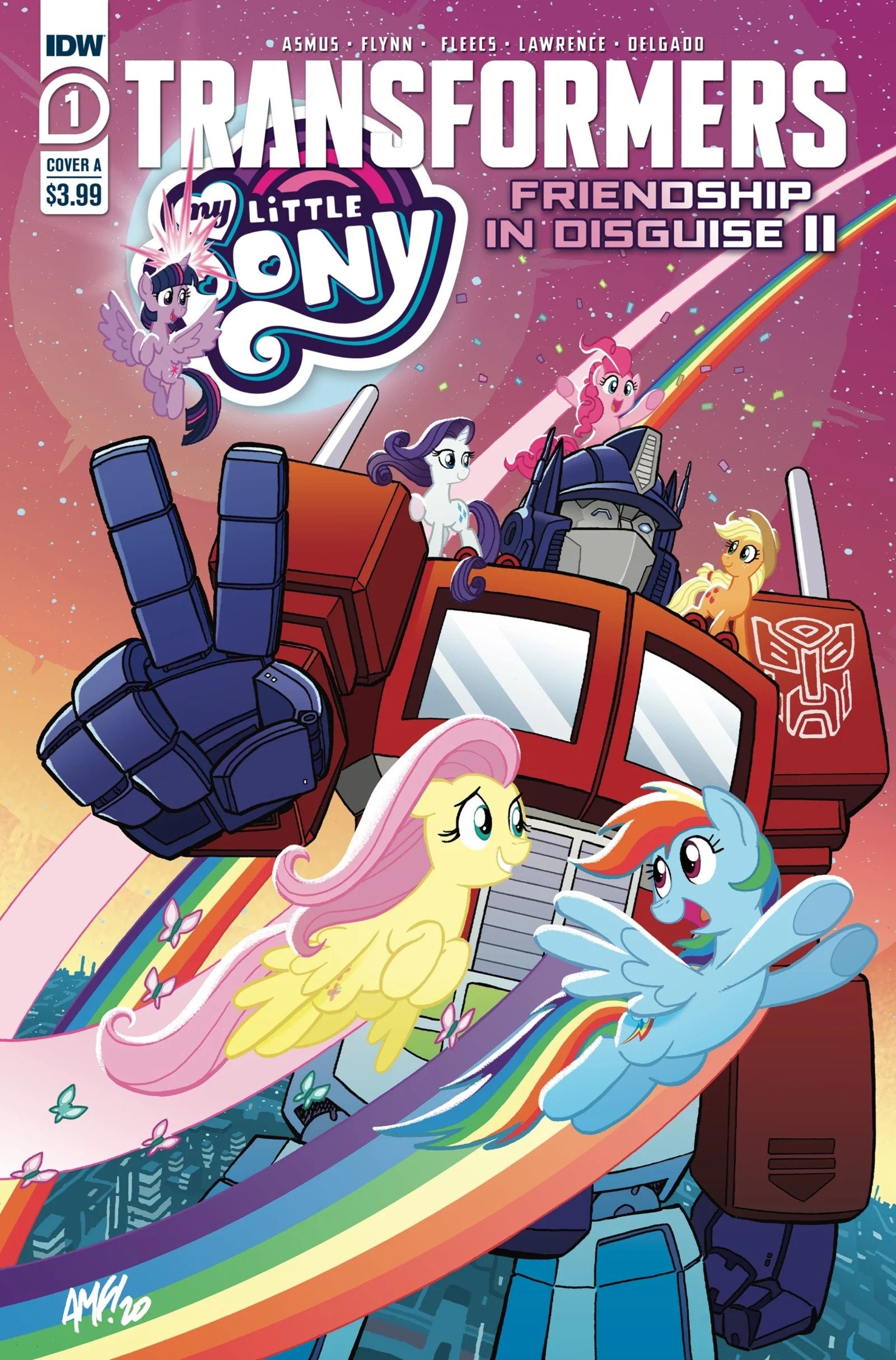 The creative team are the same from the last venture, writers James Asmus and Sam Maggs, and artists Jack Lawrence and Casey W. Coller are all back for the mechanical, and equestrian mayhem.

While the first mini series was dealing with everyone's favourite Autobots and Decepticons ending up in the Ponies land of Equestria, this time the ponies are brought to Cybertron through an attempt by Megatron to steal the magic from Equestria through Space Bridge technology. Pony and Robot must unite to protect both worlds from a primal evil, unleashed by Megatron's scheme.

IDW have also been on hand, sharing the thoughts of those who are working on it.

“I can't wait to jump back into this world of magical friendships that really is More than Meets the Eye,” says (Sam) Maggs. “It's such a blast coming up with the most fun (and downright weird) pairings of ponies and 'bots, and I think fans of both series are going to be surprised at what's we've got for them this second time around!”

“The first crossover was about as much fun as I've had in my writing career,” says (James) Asmus. “I am hugely delighted that we're not only doing a follow up, but getting to flip the script. In the first series, we got to tell really charming and fun stories by tossing the Autobots and Decepticons into the colorful, magical world of Equestria. But now, dragging dark magic and friendly ponies into the sci-fi world of Cybertron lets us play with brand new tones, toys, and team-ups!”

Editor Megan Brown says, "We are so excited to work with some amazingly talented writers and artists to bring this marvelous mashup back to comic stores! Just like the previous volume, many creators are contributing stories that are going to bring our favorite ponies to Cybertron and beyond, including returning writers James Asmus, Sam Maggs, Ian Flynn, and returning artists Jack Lawrence, Casey W. Coller, Priscilla Tramontano, and Tony Fleecs — all joined by some new, exciting faces! The creators on this series are exceptional, able to bridge the gap between Autobot and pony to make a colorful, vibrant world. We’re thrilled for everyone (and everypony!) to see what we have in store!"

Transformers/My Little Pony: Friendship in Disguise Part II will be available from April and come with a variety of different covers. Cover A by Tony Fleecs, Cover B by Bethany McGuire-Smith, and two Retailer Incentive editions featuring art by Jon Gray and Anna Malkova, respectively.

What do you think about this announcement? Did you read the last mini series? Let us know in the Energon Pub and stay tuned to Seibertron for all the latest news and reviews!