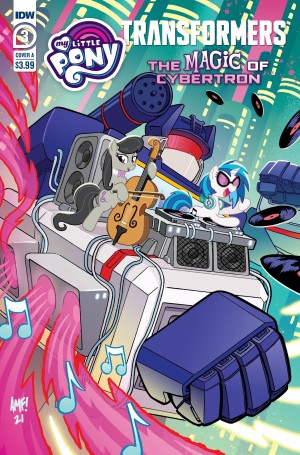 Greetings Seibertronians! Over on My Little Pony fansite Equestria Daily, an interview has been posted with Megan Brown, editor of IDW's second My Little Pony/ Transformers crossover comic!

In the interview, Megan touches upon several stories that you'll see in the upcoming miniseries along with the Pony/ Transformer team ups.

Not content with having the exclusive interview, Equestria Daily also got to be the first to show off the cover to the third issue where Soundwave has to team up with DJ Pon-3! We have mirrored the image below for your convenience. 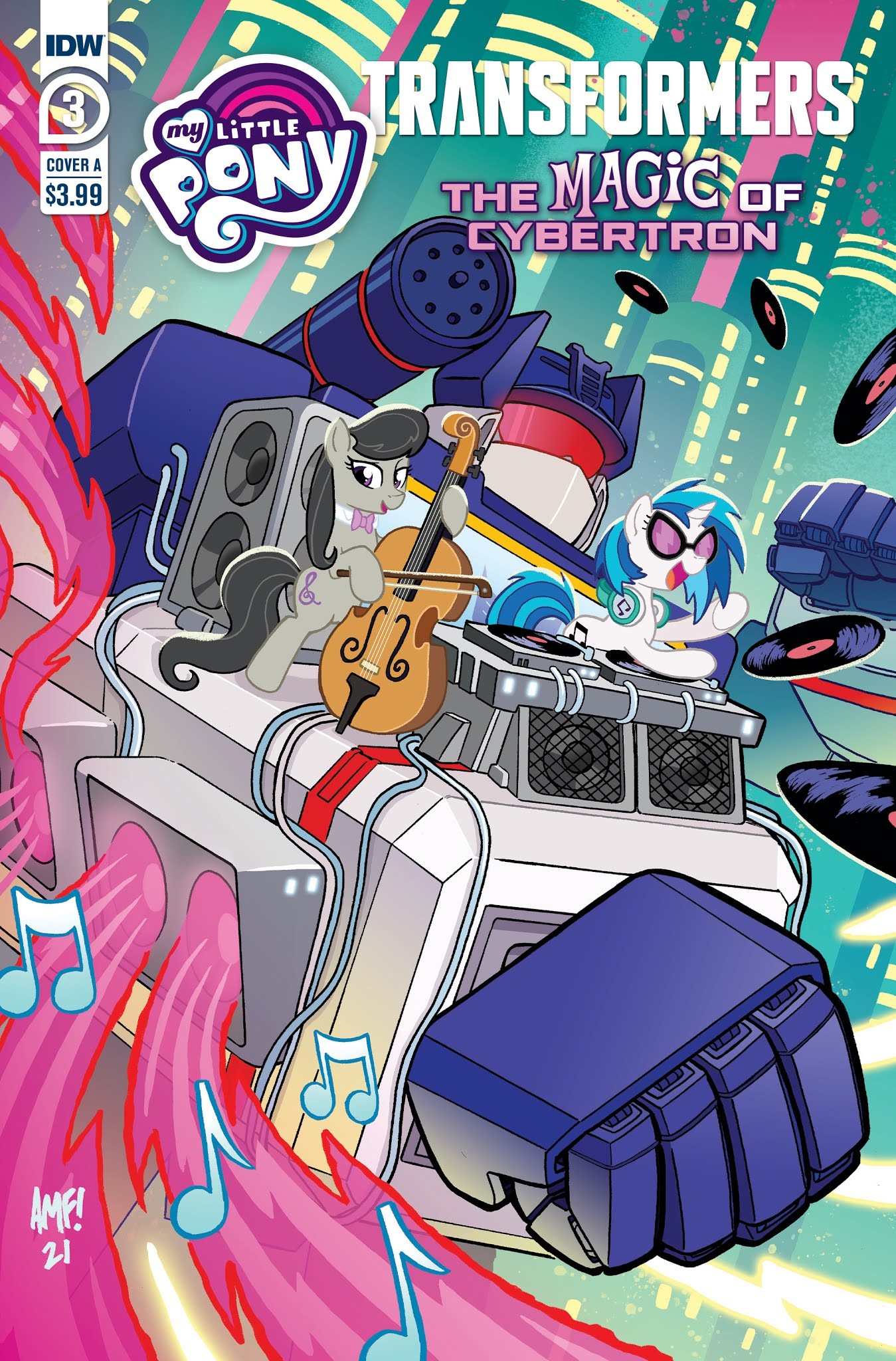 Did you read the first miniseries? Are you looking forward to this one? What other crossovers would you like to see in the comics?

Re: Interview with My Little Pony/ Transformers II Crossover Editor Megan Brown (2099370)
Posted by ngelik on March 26th, 2021 @ 3:54am CDT
It is the color scheme and the red lines,I saw the same things, I thought it was a mylittlepony x Ghostbusters x Transformers Crossover ;p