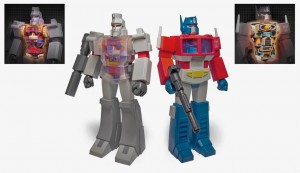 Remember the news we got back at toyfair that Super7 would be producing some new G1-inspired non-transforming action figures? Well, have you wondered where the company came from and what else they have done?

Thanks to a new interview conducted by Popular Mechanics, we have a great interview with the Founder, Brian Flynn, and his thoughts on the history of the company, which was founded in 2001, as well as some of its highlight moments, which include a plethora of science fictions, the foremost being Aliens.

Check out the full interview by following the above link, and check out some snippets of the interview below!

ased in San Francisco, Super7 started in 2001 with a book about Japanese Kaiju toys, which turned into Super7 magazine, focused on Japanese kaiju and toy culture, and art and design. In addition, was the seed that would sprout into a company that made actual toys: a printed coupon for an exclusive repaint of a toy, based on color schemes they thought would look more outrageous than the Japanese variants of the time. "The Japanese sensibility on repaints is always very referential," founder Brian Flynn explained to Popular Mechanics in an interview. "The way we approached our recolors was more as what would be cool. 'Let’s make a Hedorah that is clear yellow and orange with red highlights and it’s in glitter. It’s the meltdown Hedorah!'"

With the approval of Lucasfilm on their résumé, Flynn decided the next toy he’d re-create would be a lost opportunity from his childhood: the famed 1979 Kenner 3¾-inch Alien prototypes. He was able to track down who owned the prototypes—because a lot of the time they leave with company employees and are sold to collectors—obtain a license from Fox, and finally make the figures real. It was really a turning point for Super7, such that Flynn talks about the company's success in terms of "before Alien" and "after Alien."

Another exciting addition to the catalog are the first screen-accurate Transformers from the original Generation One cartoons—because they don't transform. For companies like Hasbro, the transformation is the whole point of the line, but that comes at the cost of accuracy. "By the nature of that toy physically having to transform," Flynn says, "you’re only going to get 85 to 90 percent screen accurate because you have to put the mechanisms in.” Super7's Transformers Super Cyborg Deluxe Action Figures, each 11 inches tall and fully articulated, have transparent removable chest panels to show off their robotic guts inside in lieu of transforming super powers.

Aside from producing fan favorites, Flynn wants to make all the weird secondary characters, the ones major companies would never be able to make and sell to retailers like Target and Walmart. “I want to make that guy in the background of the third episode from the second season that’s there for five minutes,” he said.

“I hope it’s obvious to everybody else that we’re having as much fun as possible with this, Flynn says. "It's not lost on us that we collectors all sit at home and go 'Wouldn’t it be cool if they did this!?' but there’s only a couple companies that can actually get things made.” After 18 years of business and success with cherished toy lines, Super7 is uniquely positioned to take on those sorts of what-ifs, and fortunately for us all, that's just what they intend to do. 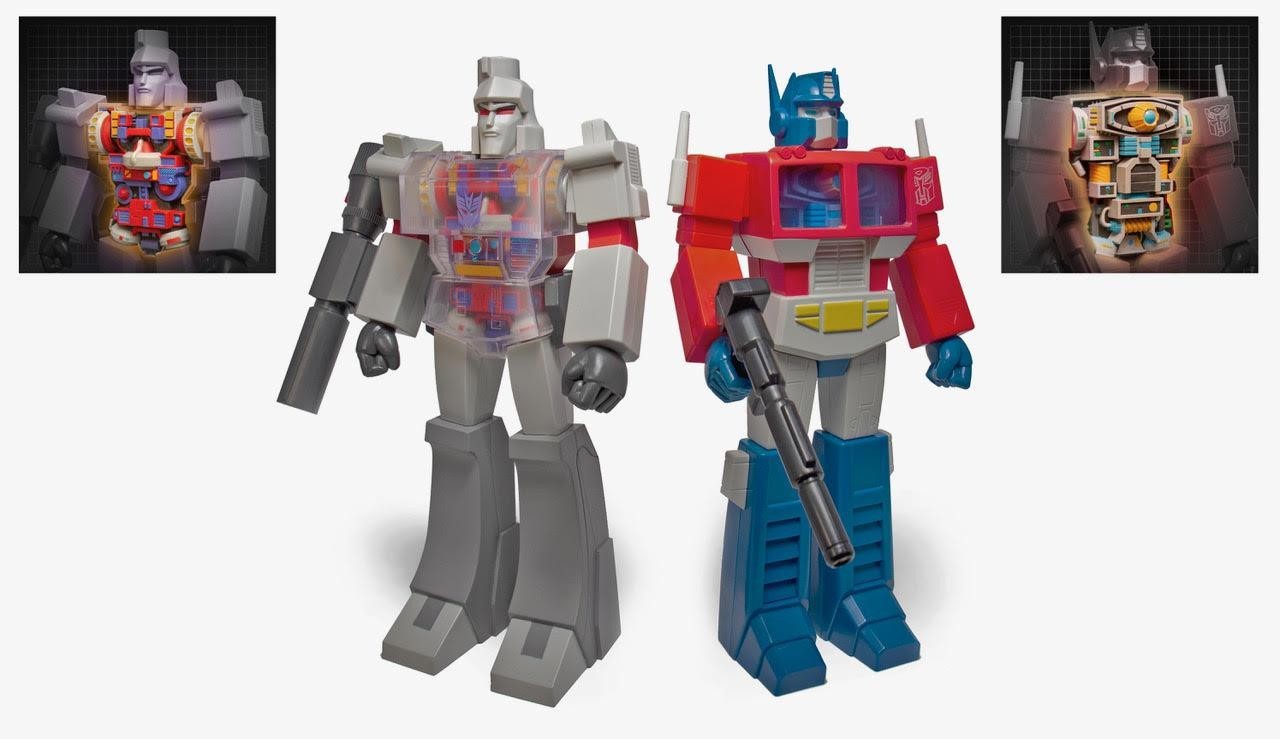 Re: Interview with Super7, Creators of New Non-Transforming G1 Optimus Prime and Megatron (2016246)
Posted by What's Crackin'? on March 28th, 2019 @ 9:35am CDT
The Prime looks great, but I'm not big on Megs completely clear chest.