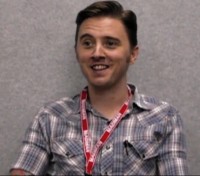 Berzerker Prime wrote:This seems like a good time to point out this recent interview with Shane McCarthy:

Funny you should mention this. I just received an email from Daniel, one of our good friends over at Madman Entertainment regarding these videos. Here's what he had to say ...

Just wanted to drop you a note to let you know an interview I conducted with Shane McCarthy for Madman, Australia's Transformers G1 DVD distributor at a recent pop culture convention in Australia is now online.

It's an entertaining interview and Shane is obviously a massive Transformers fan so Seibertron's readers are sure to enjoy it as well. 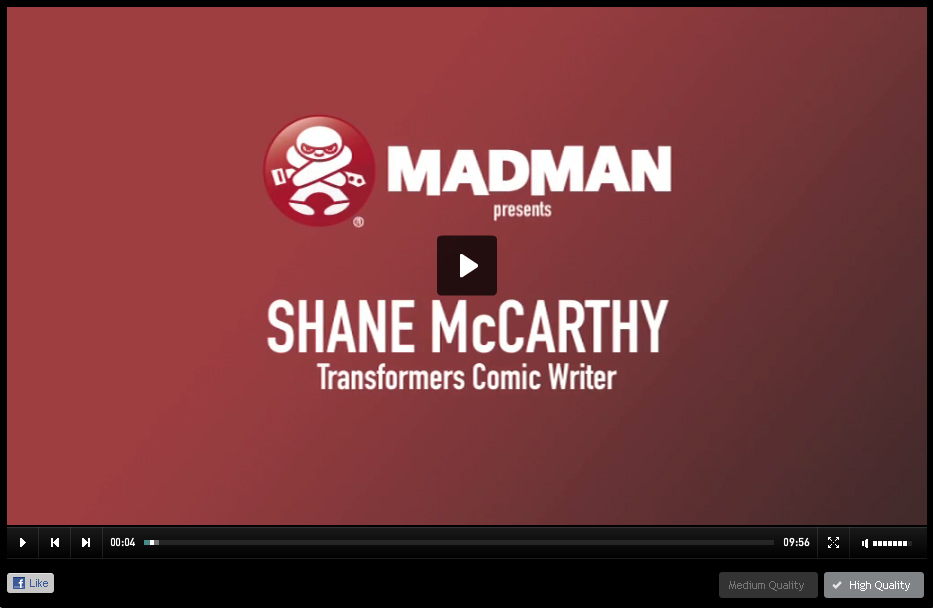 Says the guy who allowed All Hail Megatron to exist. Says the guy who basically ignored the whole IDW continuity up till then for the first half of it. Says the guy who created Drift, made him a massive Mary Sue and continues to try to force him down our throats despite the fact that he's tried three times and failed utterly.

Oh, and says the guy who wrote this.

"Ok so I’ve had a few emails and messages come in this week regarding my killing off of a few Transformers characters and how that it was “fact” that I’d done this to annoy and “flip off” the fans and (long time Transformers writer) Simon Furman. I’m going to be completely honest here and say that, when I read these messages, I laughed. A lot. A real lot. Not at the fans, hell no, at the concept that anyone, ANYONE would ever do such a trivial thing....

...It’s all story, Fellas. That’s how it works. We’re hired to tell a story and, in many stories, people die (even Transformers)."

Frankly, all I see here is him delivering the massive middle finger to the fanbase. Anyone who "claims" to be a fan of something, especially if he/she produces fiction for it, should know better than to do that. Just ask Karen Traivss.
Re: Madman Entertainment interviews Transformers writer Shane McCarthy (1128480)
Posted by Ravenous Nightwind on September 24th, 2010 @ 12:27pm CDT
I don't really get all the hate with this. I mean one its a story and like any other transformers story things are slightly different. It seems more like when something new pops up everyone hates it and then once they get time to see it they start liking it. In other cases that may not happen but there are still lots of people who like it. What I don't understand is why someone would read it if they dislike it? People spend all their time complaining how its not their way this isn't how its supposed to be but yet..this is how it is. People can either accept that is the way things are or they can hold a grudge saying that they completely ruined your experience as a fan. Sure..if you look at it at one point of view this can be true.

Me personally, I've accepted transformers as a vast multi-universe so the original story is hard to even tell what was you can only guess about what is original because there are so many different stories about what is or isn't. The one thing I have learned is if a story is different from how I remember it then its because its in a different universe and not the one I am familiar with. There are some things I don't like, just how I don't really like the movie robots showing their parts. However, to me transformers will always be a multi-universe consisting of several stories similar and non similar. Like just because a character dies in one story don't mean he/she is completely dead in another as to, different universe. If you look at it that way then its really not so bad.
Re: Madman Entertainment interviews Transformers writer Shane McCarthy (1128535)
Posted by Vicalliose on September 24th, 2010 @ 3:31pm CDT
"A war that involves death? Preposterous!"

Man, TF fans can get so friggin butthurt over death sometimes, heck even I can be that way. But at least I can admit that Sunstreaker's death was epic enough that I could let it slide. I was actually disappointed when they brought him back in Transformers: Ironhide.

In fact if there's any Transformers writer I want to be pissed off at, it's probably Mike Costa. Seriously, if Ironhide taking a shot for Hot Rod wasn't meant to piss people off then I don't know what is. Transformers: Ironhide feels like a big convoluted apology (whether or not it was planned from the beginning) with Sunstreaker's revival just thrown in to make himself look better.

Also I dislike Costa for making Transformers Ongoing boring and stupid as hell.

*edit*
I should point out the fact that while the Mosaic Hail and Fairwell may have been written by Simon Furman, Mosaic is by no means owned by IDW Publishing and thus any stories told within are not canon.

On that note, there is a chance that Shane McCarthy was not aware of the existence of said Mosaic while writing All Hail Megatron. It should also be noted that, in general, IDW Publishing (or just about any company that has owned wrights to Transformers) have had a history of terrible communication between their writers and artists.
Re: Madman Entertainment interviews Transformers writer Shane McCarthy (1128549)
Posted by Chaoslock on September 24th, 2010 @ 4:43pm CDT

Don't forget that the stuff he did for Batman was ignored after it was finished and DC pretended it never happened.