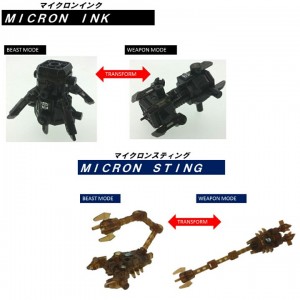 Ink will be included, starting today, in Japanese Toys R Us Transformer purchases more than 3000 yen.
Sting, however, will be available at these retailers, beginning on the 21st:

UPDATE! We now have an additional image of Micron Ink from TFYuki's twitter! The new image below shows Ink in his weapon ("Arms") mode, being weilded by what appears to be a G2 Convoy!

Check out the images below and tell us in the comments: Will you be getting these new promotional variants? Do you like them more or less than the original decos? And, as always, your best place for Takara and Hasbro Transformers news is right here, on Seibertron.com 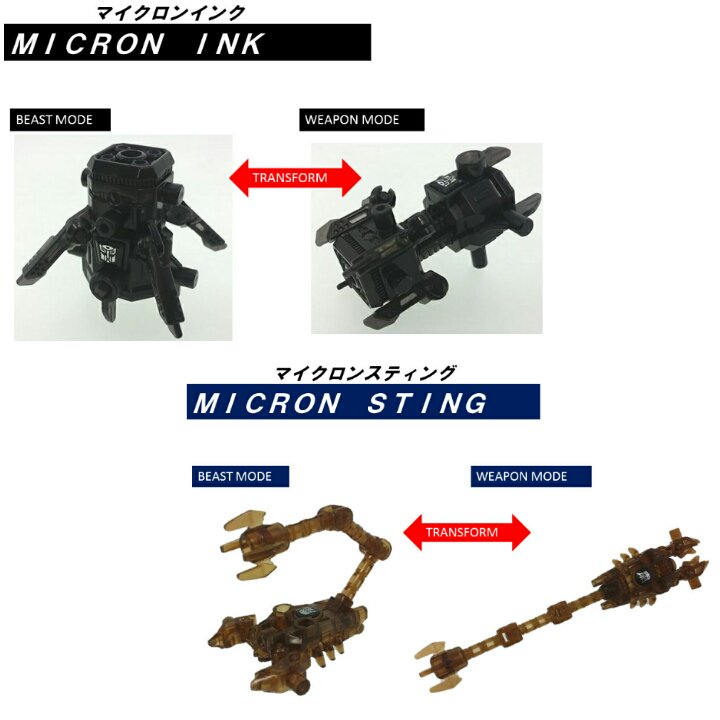 Same here, looking for Rain. Though I did get Geki from BBTS on clearance