Smash It Up With These TRANSFORMER PRIME: SEASON 2 BD & DVD Clips! 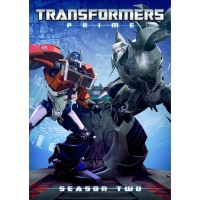 Sabrblade wrote:Aside from the obvious video/audio quality, are there any differences between the DVD and Blu-Ray releases of season 2?