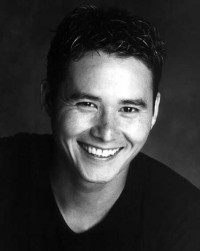 Seibertron.com member UltraPrimal has let us know that That Guy With Glasses, home of such features as "Nostalgia Critic", has posted an interview with Johnny Yong Bosch, known for his role as the Black Ranger in "Mighty Morphin' Power Rangers: The Movie", and most recently as Bumblebee in "Transformers: War for Cybertron".

Seibertron.com has all the latest War for Cybertron coverage!

Posted 3 days ago
News Categories: Toy News, Movie Related News, Cartoon News, Comic Book News, Site News, Rumors, Event News, Digital Media News, Collectables, Game News, Sponsor News, Site Articles, Store News, Company News, People News, Press Releases, Sightings, Reviews, Unlicensed Products News, Auctions, Transtopia, Interviews, Knock Offs, Collector's Club News, Editorials, Heavy Metal War, Podcast, Contests, Book News, Top Lists
Click here to post your comment about this news story!
Re: ThatGuyWithGlasses Interviews Johnny Yong Bosch, Voice of WfC Bumblebee (1104144)
Posted by Sabrblade on July 27th, 2010 @ 8:20am CDT
This isn't really WFC-related news, as the interview is thoroughly about his many anime roles (all of JesuOtaku's questions) and his role of Adam in Power Rangers (all of Linkara's questions). The only mentioning of his role as WFC Bumblebee comes near the very end when he's asked what he's been doing recently. And even then it's just a brief mention in passing as JYB immediately switches to talking about a role he's got in an upcoming movie, some Cons he'll be attending (and not attending), a job he's getting in Japan, and his band Eyeshine (which then takes up most of the remains the interview).

The bulk of this interview is anime, Power Rangers, and Eyeshine. WFC gets mentioned for a few seconds with nothing new revealed in regards to the game.

You're thinking of Jason David Frank, who played Tommy. Tommy was the Green Ranger, then White Ranger, then Red Ranger in Zeo and Turbo...then Black Ranger in Dino Thunder. Johnny Yong Bosch was Adam, who was the second Black Ranger, then Green Ranger in Zeo and Turbo.
Re: ThatGuyWithGlasses Interviews Johnny Yong Bosch, Voice of WfC Bumblebee (1104270)
Posted by dirtysteve on July 27th, 2010 @ 12:33pm CDT
@Shadowman - You are correct sir. i lost track of power rangers years ago, no surprise really.