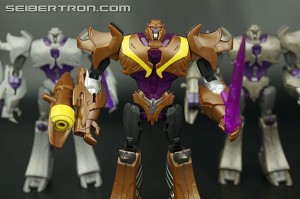 Cyberverse didn't always refer to a Transformers cartoon. It once was a fun idea of a subline, which started in Dark of the Moon and continued into all of Transformers Prime. It had it's own sense of scale and even redefined those smaller toys. It was a contained smaller scale made up of Legion class and Commander class figures. While the Legion class was well known by fans (it was previously known as the Legends Class, let the confusion BEGIN!), the Commander Class was a new idea. It was made of figures that were a tad bit smaller than Scout Class figures and yet more complex than Legion figures. It could have been seen as the "new" Scout Class, especially since it replaced the ROTF Scout class initially, but then it developed into this nice sweet spot where you could use it for smaller versions of characters who were usually bigger than deluxes to then interact with the legion figures (like faction leaders and lieutenants). In short, this was a fun class which gave us some excellent toys and I want to share some jewels from this short lived Commander class.


5. Transformers Dark of the Moon Hatchet

I really liked this little guy due to the originality of the concept. It reminded me of Skylynx where you go from a vehicle to a more animalistic robot mode. And it was the only way to get what I found to be the one of the most original Decepticon designs from the film Dark of the Moon. They did an excellent job with this toy at the smaller Commander class scale where you feel the complexity was not sacrificed. Great looking tiny jet too! 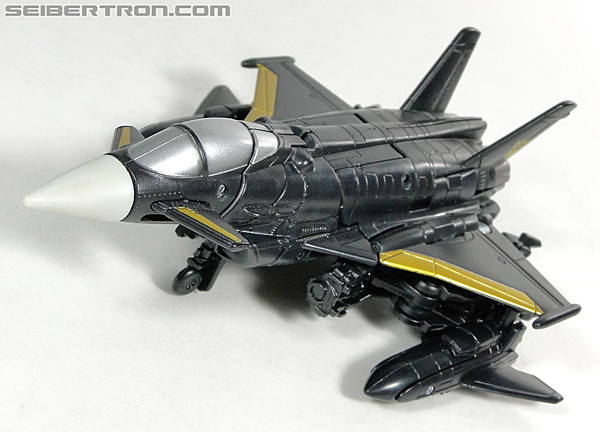 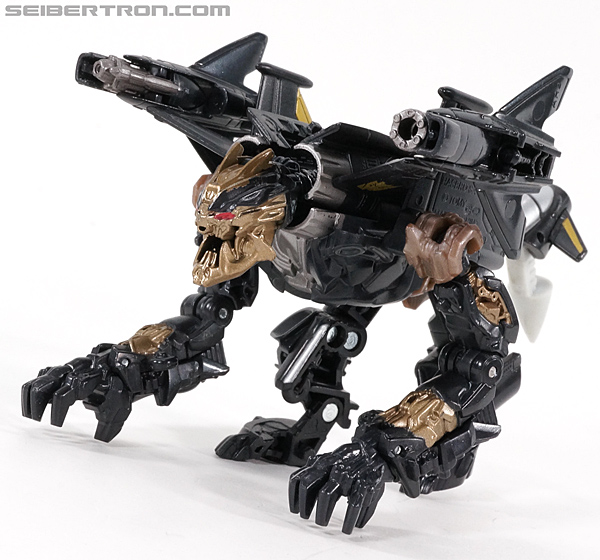 You want o know something nuts? I like this guy more than the voyager version. It is the perfect proof that you can still accomplish so much at a small scale. The voyager may be imposing, but his transformation is more complicated than it should be, especially for a bot who's legs aren't disguised in jet mode. Here instead, you get a very pleasant transformation with a great looking two modes, helped by the undercarriage being more compact in jet mode than with the voyager. I especially love how they made him scale with Megatron and the vehicon underlings. 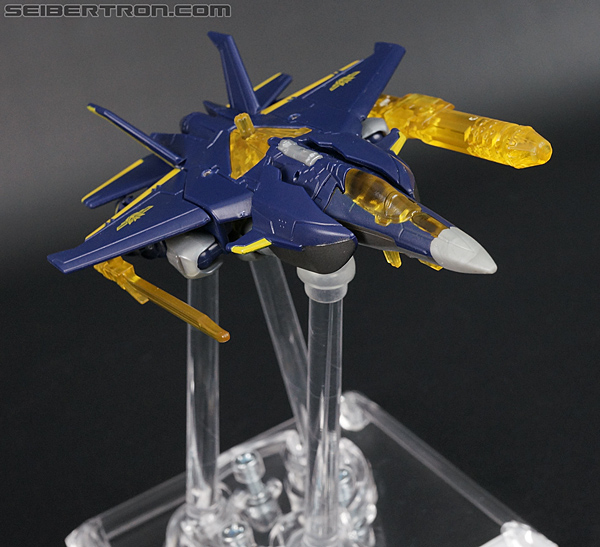 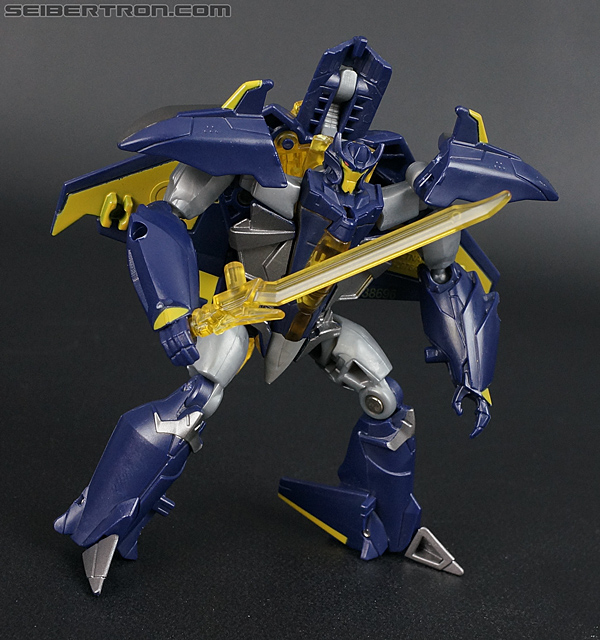 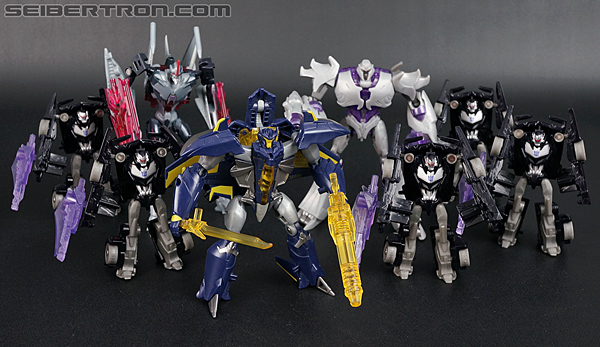 3. Transformers Dark of the Moon Guzzle

This toy reminds me a lot of ROTF Bludgeon. Not just because they are both tanks, but because this is still to date the best toy of guzzle out there and a very loving homage while still being new and distinctive. Even though it is a movie toy, it has that same amazing energy of the classics line where you see a love for G1 and the want to bring those design cues back for a new era. It's a very inventive design, given the homage and an excellent mold. 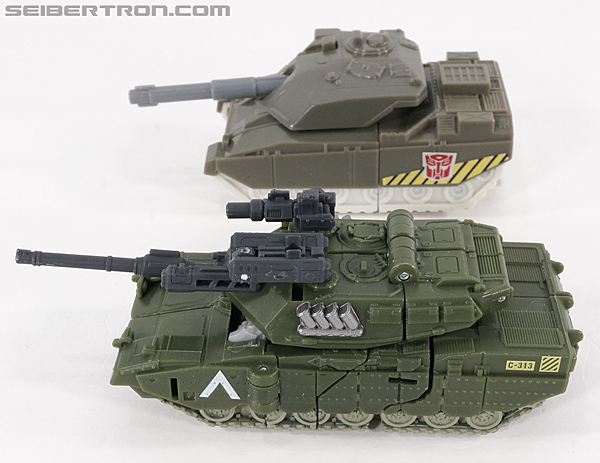 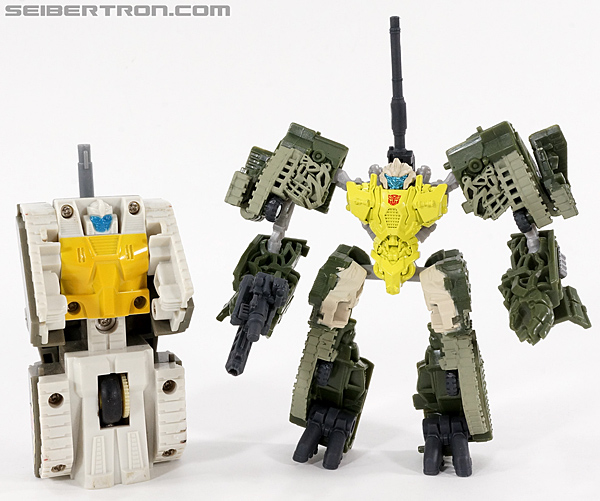 I always felt this is one of the very best Commander class toy from the Cyberverse line, if not the best. It is too bad we never got a voyager Hardshell for our Prime collection but at least we can recreate his might and scale in the cyberverse line. The transformation is quite complex for a Commander class figure, to the point where an upscale into voyager could use the same transformations scheme and not feel in any way simpler than regular voyagers (but I would hope for some more articulation if it ever happened). 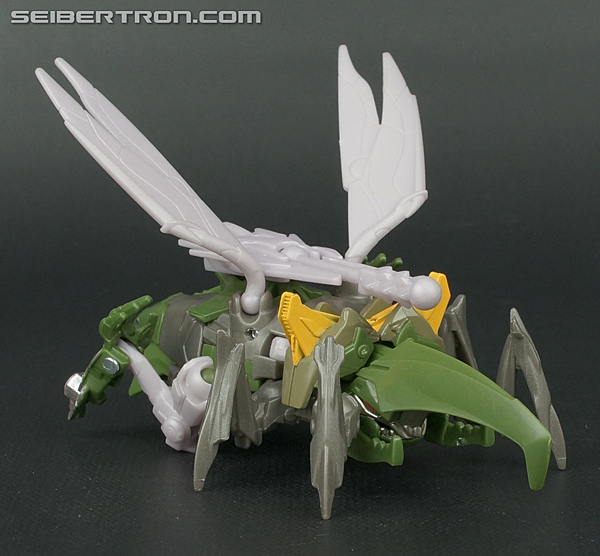 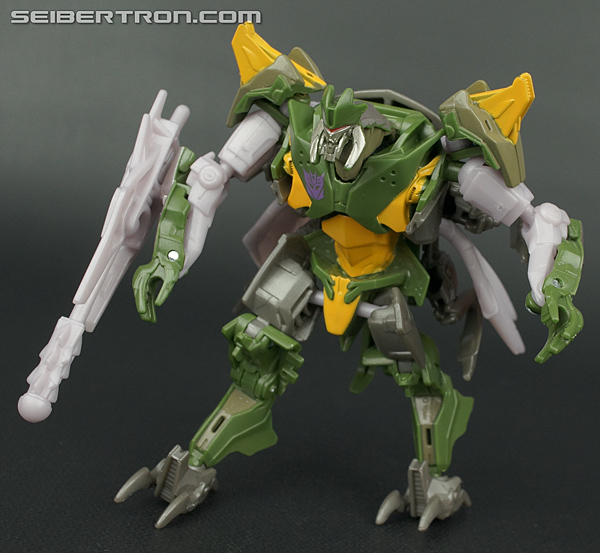 I know what it says for the state of Ironhide toys, but this is one of the top 3 best Ironhide toys we have ever gotten, and I include the Masterpiece in that. This is leagues better than the deluxe mold that also came out (which Hasbro only released as Kup). You see as a deluxe, Ironhide looks puny, but here as a Commander class, he looks perfect, towering over the smaller bots like Bumblebee and Prowl, ready to either lend them a hand or share some wisdom. He has a great look that really works with the Prime idea of merging the movie aesthetic with G1, where you have the movie alt mode and weapons but with a G1 helmet and chest piece. And unlike the deluxe, that chest piece is actual alt mode kibble from his truck mode and not a fake piece. Easily the best engineered Commander class figure I have ever seen and a toy I enjoy transforming so much I went and tracked down the other retools and redecos stemming from this mold. I cannot recommend this tough soldier (or any of his retools) enough for your tiny army. 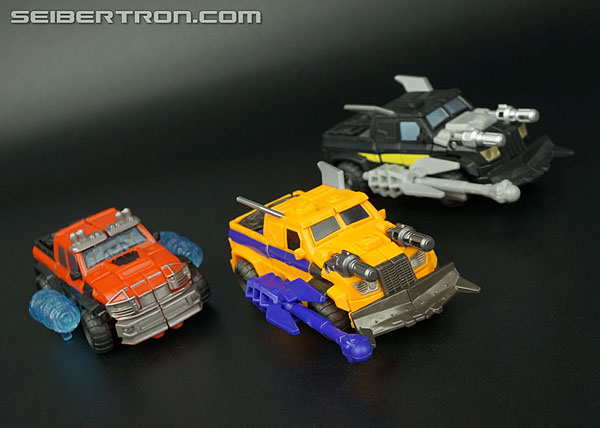 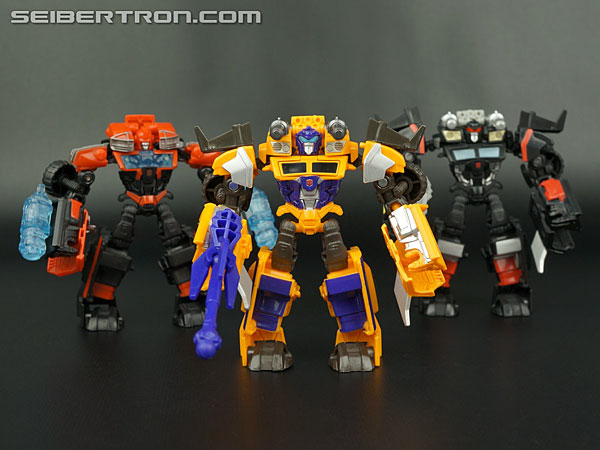 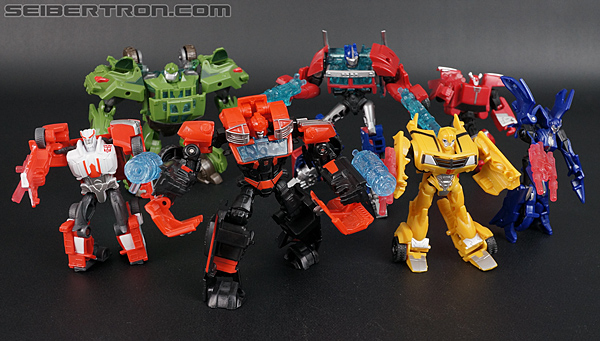 LE0KING wrote: that megatron was an astounding little figure.

He was, hence why I used him for the thumbnail.
Re: Top 5 Best Cyberverse Commander Class Transformers Figures (2037476)
Posted by Grahf_ on September 8th, 2019 @ 11:21pm CDT
When the last deluxe and voyager waves for Beast Hunters were shown to pretty much be upsized Cyberverse figures, I always wanted them to go and do more like Hatchet, Hardshell and many others. While the standard deluxe and voyager figures were good, really good in many cases. Several of the Cyberverse figures were just better. So much better in Airachnid's case. I still want the other Terrorcon Predacons to be done even if they don't combine. I really do like deluxe Cutthroat (both versions) and Sinnertwin.

Lol, the last time I asked, you told me to include Hatchet and Guzzle.
Re: Top 5 Best Cyberverse Commander Class Transformers Figures (2037494)
Posted by LE0KING on September 9th, 2019 @ 7:32am CDT

Oh, that is a good one. But not top five for me. Mine had loose feet and I could never get him to stand. Definitely top ten though.
Re: Top 5 Best Cyberverse Commander Class Transformers Figures (2037893)
Posted by Epsilon Delta on September 11th, 2019 @ 11:57pm CDT
I absolutely loved the Transformers Prime Cyberverse line. It had so many amazing figures and in such a small company design. For me that TP Cyberverse Megatron is the best. It's a cool Cybertronian jet that does some cool stuff with the bot parts, but in bot mode you can't even tell he is a transforming toy. The articulation is pretty great for something that small and the show accuracy for both modes was better than the bigger toys to me. Even the Primes (the one with the guns and the Nightwatch with swords) look and feel great in both modes. Glad Dreadwing (him and Skyquake were my two favorite characters on the show) and Hardshell made the list because I love them too. Glad for Ironhide too but I unfortunately never got that one.
Re: Top 5 Best Cyberverse Commander Class Transformers Figures (2037895)
Posted by Bumblevivisector on September 12th, 2019 @ 12:55am CDT
That Guzzle is also awesome for scaling well with larger figures, and being the best official representation of his Last Stand of the Wreckers design to date.
Re: Top 5 Best Cyberverse Commander Class Transformers Figures (2037942)
Posted by triKlops on September 12th, 2019 @ 10:45am CDT
Hatchet and Guzzle are my 2 faves from the list; especially Hatchet!
Such a great mold to break away from the traditional Dread lineup!! 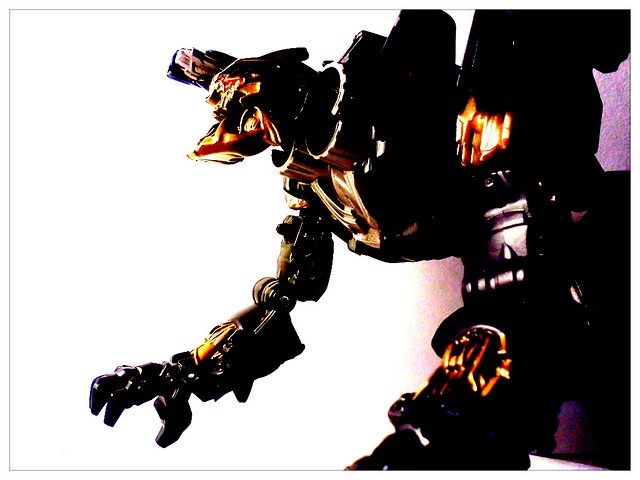 IMG243Hatchet.jpg by triKlops, on Flickr
Re: Top 5 Best Cyberverse Commander Class Transformers Figures (2038732)
Posted by Optimum Supreme on September 17th, 2019 @ 8:35pm CDT
the small Dreadwing was the only version of that character to ever show up in local stores here, so I'm pleased to hear it compared so favorably to the larger one.

I don't think the first larger Ultra Magnus (prime) ever showed up either, just the smaller one (which was another good cyberverse fig, IMO) and the later one that was an OP redeco instead of a separate mold.

and while they weren't commanders, I also liked Sideswipe (better than the eventual "beast wars" version in some ways) and Wheeljack (with a nice pre-Exhaust/"marlboor" deco, and no bitching and moaning my tobacco companies over it!) a lot.