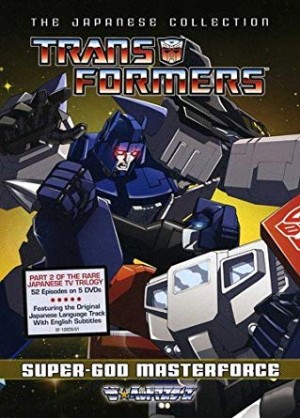 Every two weeks, Seibertron.com brings you a Top 5 list related to all things Transformers written by me, your fellow editor, or a guest like this week's Optimutt. These are personal opinions (just like movie or game reviews hosted by sites are still just the opinion of one person) so what matters most is what you guys think of the topic or list, and I hope to see your own lists or comments on omissions and ranking. Let's have fun! All previous lists can be found here.

Following the end of the Transformers cartoon in the USA, Japan continued the line with a number of shows. The first was Headmasters, a show I did a Top 5 Episodes for, whose 38 episodes was released in 1987-1988. The second of these year-long series was Super God Masterforce, arriving in 1988-1989.

Masterforce followed the adventures of the Cybertrons, Ginrai (Powermaster Optimus Prime in the West, though they are vastly different characters) and the Headmaster Juniors (Minerva, Cab, and Shuta), as they set out to thwart Overlord his Destron army. The 42-episode run opened up a whole new world of Transformers where most of the cast were actually humans who received special bracelets that let them interact with their Transtectors (transforming vehicles that they combined with as Godmasters or Headmasters) as a kind of battle suit that maintained the human personality. The only actual Transformers in the series were 4 Cybertron (Autobot) Pretenders and 3 Destron (Decepticon) pretenders, the monstrous Black Zarak, and a lone knight named SixKnight. Brave Maximus had a pretender shell, but it was never revealed if he was just another Pretender or a human commanding his battleship Maximus. With the rich human element directly interacting and connecting with the Transformers (transtectors), it made for a very earth-oriented and human-focused story.

More information about this series can be found here.

The episodes are ranked by their originality, entertainment factor, and a measure of the human factor: heart.


Number 5.
Episode 2. Terror! The Destrons’ Manhunt - The Decepticons transform human corpses into undead "Destroids", and then attack the island nation of Karin, where the Autobots must team up with the island's prince, Cab, to save the day. Writer: Toyohiro Ando. Director: Yoshikata Nitta. 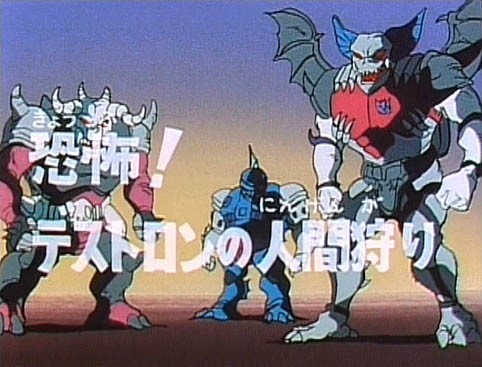 This is only the second episode into the Masterforce cartoon, and it essentially pulls out all the stops. Through the Destron’s plan to make an army of zombie soldiers, it shows that there is a whole lot of room for madcap adventures. This is a very fitting exploration considering the three initial antagonists in the show are Blood (Bomb-Burst), Dauros (Skullgrin), and Gilmer (Submarauder), all of whom have very monstrous forms. Not only do the trio launch a zombie invasion, but we learn a little about their past. It turns out that they were the first Destrons on Earth, but they were locked away in various temples by Metalhawk: of Egypt (Blood), the Nazca Lines of Peru (Dauros) and the ruin of Atlantis (Gilmer). The coolest thing about this detail is how worldly the show sets its locales. 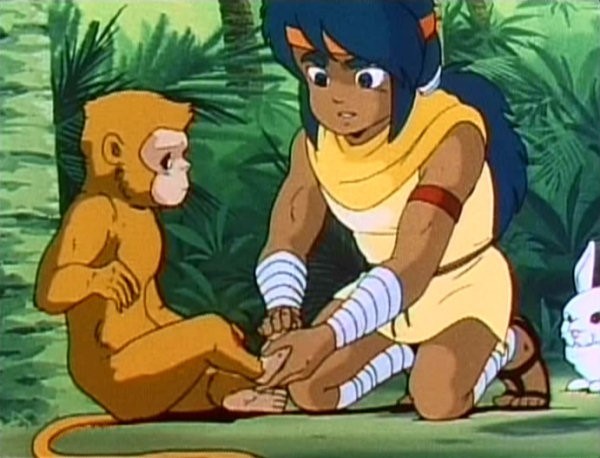 The episode also introduces the second of the characters who would go on to become the Cybertron Headmaster Juniors: Cab. While the depiction of Cab as being the prince of the pseudo-barbaric tribe people without such worldliness as even a knowledge of soccer (football), it does create a kind of enthusiasm in the young Cab to learn all he can about the world around him. The first of the future Headmaster Juniors, Shuta, uses the latter sport to connect with the youth, and in this way, the pair are able to use their interest in the sport to jumpstart their mutual desire to stop the Destrons. 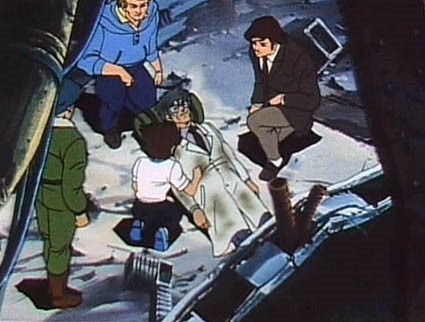 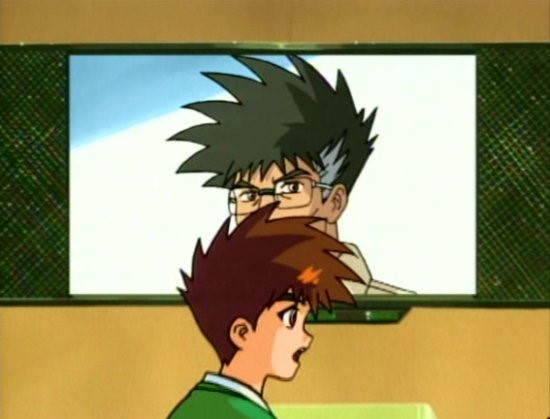 Perhaps one of the only things really preventing my enjoyment is how much the crisis that Shuta’s father faces reminds me of the Robots in Disguise cartoon that came nearly fifteen years after this. Much of the human problems that establish that short-lived but revolutionary series come beat for beat from Shuta and his father.


Number 4.
Episode 12. A Strange Friendship: Cancer and Minerva - In an attempt to learn the secrets of the Godmasters, the Autobots capture Cancer, who develops the world's worst case of Stockholm Syndrome. Writer: Toyohiro Ando. Director: Hiroki Shibata. 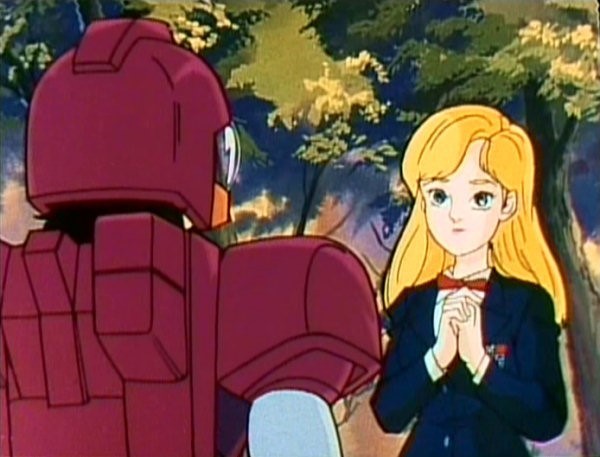 In putting this together, I reread my notes and concentrated on my details regarding Stockholm Syndrome. This is legendary psychological inclination for a prisoner to see the kindness of their captor as a means of sympathizing with their plight, and often leads the prisoner to come to the conclusion that the captor might just be misunderstood, and that, indeed, there is a logical motivation for capturing them. At first, I thought the use of this was just me being smart. Turns out that it was actually the episode’s writer, Toyohiro Ando, that was smart.

Optimutt wrote:Brave Maximus had a pretender shell, but it was never revealed if he was just another Pretender or a human commanding his battleship Maximus.

Grand Maximus is Fort Max's brother. Only Headmaster Juniors were human, while Grand was a fully normal Headmaster of the non-Junior type.
Re: Top 5 Best Episodes of Transformers Super God Masterforce (1967956)
Posted by AllNewSuperRobot on July 1st, 2018 @ 2:41pm CDT
Always interesting to give these lists a read. You can see a lot of time, effort and research goes into them. Kudos.

Naturally, given my proclivities regarding Transformers, I have zero further contribution to make on this list specifically. As this series is the closest it can get within Transformers to anathema to me.
Re: Top 5 Best Episodes of Transformers Super God Masterforce (1967967)
Posted by ZeroWolf on July 1st, 2018 @ 3:22pm CDT
To be fair, at the series end, they are all proper transformers (having been split from the humans by Devil Z)